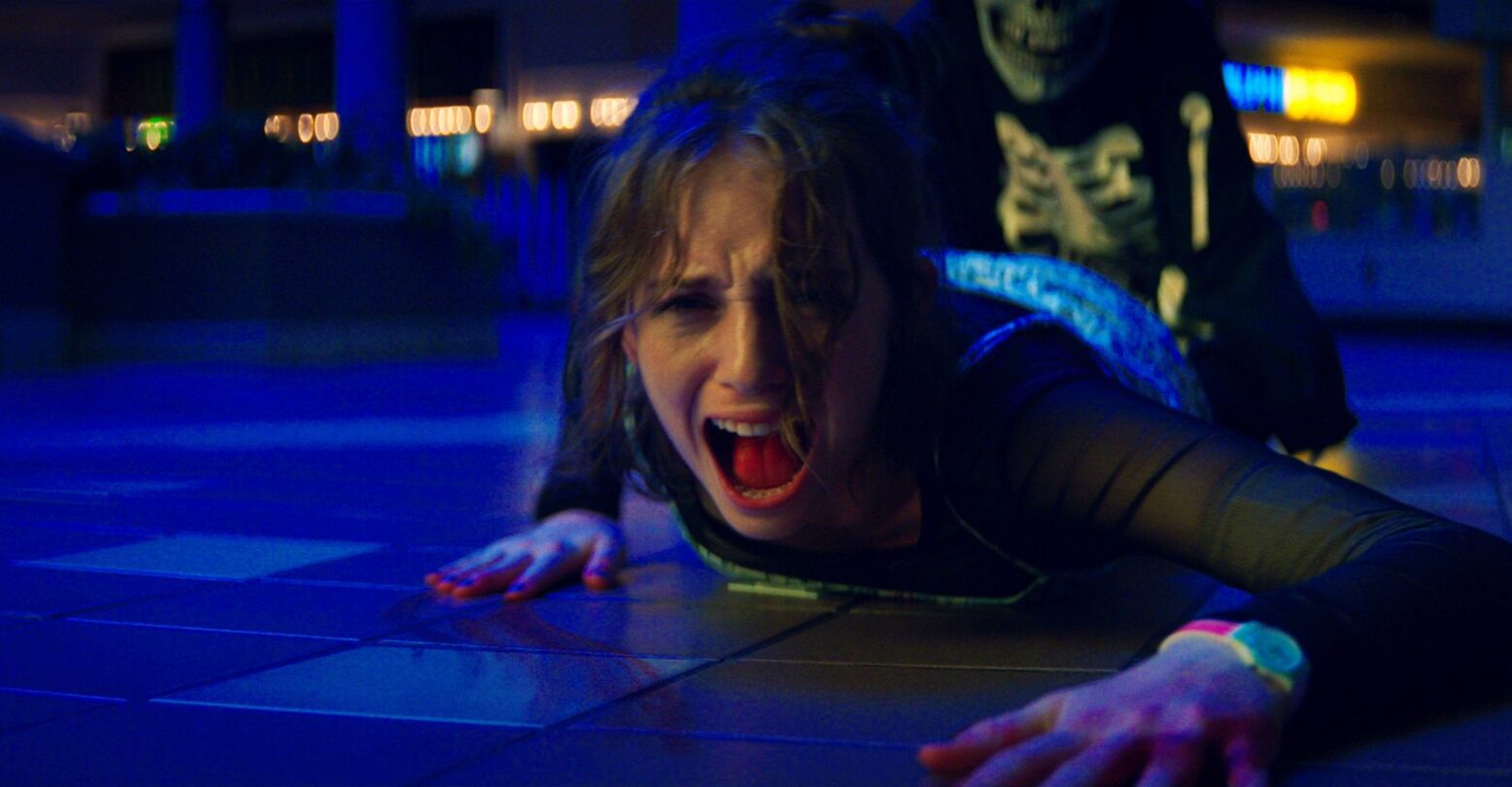 Every 90s kid remembers devouring R.L. Stine books. At the bus stop, waiting in the car, on the sidewalk, in that weird aisle of the grocery store that sells mass-market paperbacks for some reason. But while other prolific masters of horror like Stephen King or Anne Rice get regular film and series adaptations made out of their most enduring classics, Stine’s properties, including the YA horror compendium “Goosebumps” and its older teen sister anthology series, the “Fear Street” series, have been left in the dust.

Unsurprisingly, it all has to do with boring legal bullshit. Before Leigh Janiak, the director and co-writer of Netflix’s “Fear Street” trilogy, was handed the keys to the adaptation, it had passed through several hands. “The truth is, it’s really hard to get anything made in Hollywood,” Janiak told INTO.

Which makes Janiak’s adaptation, co-written with Phil Graziadei, even more of a triumph.

In this iteration of “Fear Street,” a town is divided in two by ancient rivalries and prejudice. In the 300-year-spanning trilogy, we learn about the twin towns of Sunnyvale and Shadyside, Ohio. Though Sunnyvale is a picture-perfect American suburb, Shadyside is haunted in more than one sense. The kids there are “told that they’re other, that they’re not good enough,” Janiak explains. “Whether it’s because of race, sexuality, or socio-economic background, the people in Shadyside have been persecuted for centuries. They’re the misfits.”

Two of the chief misfits we meet are Deena and Sam, two lesbians whose relationship is threatened when Sam moves to Sunnyvale. Deena takes Sam’s departure as a slight, accusing her of pulling away from her queerness by taking up with Sunnyvalers. But when an army of zombies begin attacking Shadyside, threatening to raise the town’s old ghosts and cause all hell to break loose, the two have to come together again to fight for Shadyside, and save their love, in the face of a truly sinister, ancient evil.

Janiak and Graziadei were careful to make sure that their misfit characters weren’t the first to be thrown to the wolves, as is often customary in horror. “It was important to us to make our marginalized character the main characters, people who in a traditional horror movie wouldn’t make it past the first 20 minutes,” Janiak says.

“Horror has a long, complicated history with queer representation,” Graziadei noted, “so we wanted to do it in a way where queer people can look at these and see themselves not as a monster or a victim.”

That history is fully on display in “Fear Street,” with its lovingly-crafted 90s mall-scapes and neon accents. The film’s first installment, taking place in 1994, visually recalls some of the finest thrillers of that era, including Scream and The Blair Witch Project. The second installment, taking place in 1978, borrows from queer horror classics like Friday the 13th and Sleepaway Camp, while the third and final installment, which unveils a Puritan-era origin story for the town and its supernatural ills, bears the mark of more recent classics like Hereditary and The Witch. All in all, it’s a campy-ass good time with a satisfying ending. And an even more satisfying twist, for those who stay watching until the end of the credits.

For Janiak and Graziadei, it’s more than a labor of love. Making Fear Street was a way of reclaiming it from the painful tropes of the past, especially when it comes to queerness in horror. “As a closeted gay guy, it was hard because the R.L. Stine books were very girl-coded,” Graziadei says of his childhood. “As a little kid, just looking at the covers you can see they’re marketed to teen girls. And I had a lot of anxiety over that. I worried that if I checked it out at the bookstore where my best friend’s mom was working, or if someone saw me reading it after school, I was afraid I’d get clocked. That my life would be over. Or at least the weird half-life I was living.”

For Graziadei and Janiak, creating a world where queer characters of color not only survive but triumph over evil was a personal project. “For anyone that’s watching that feels like a misfit,” Janiak says, “we want to show you can survive and you can get out.”♦