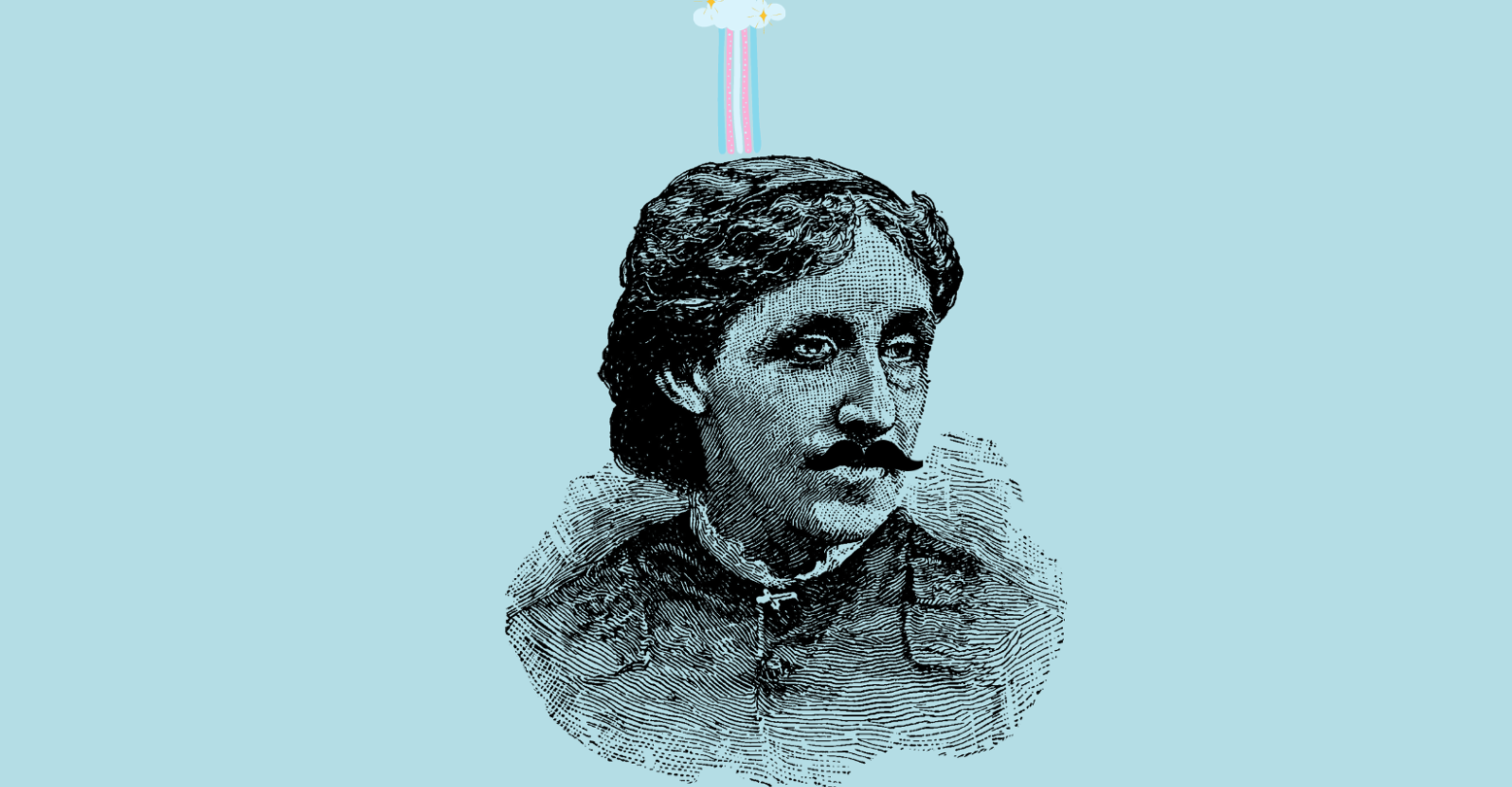 If you’ve read “Little Women” at any point in your life as a queer/trans/gender-expansive person, you were probably able to pick up on the fact that the 1869 novel’s protagonist Jo March goes by a male name, takes up a “masculine” profession (writing) and has zero interest in conforming to the gendered expectations held out for her.

It’s not just Jo who fucks around with gender, however: her creator Louisa “Lou” May Alcott may also have identified as trans, according to the work of trans scholar Peyton Thomas.

when i began my research on louisa may alcott and little women i’d hedge a lot, like – the concept of transness hadn’t been invented, the vocabulary didn’t exist, who’s to say – but standing on the other side of two years of archival research… lou alcott was trans. period.

Now if you’re anything like me, nothing is more exciting to you than news about people who died at least 100 years ago. And to learn that historical figures like Alcott might have identified as trans if they’d been given half a chance to is nothing short of life-giving.

this was a person who was out here in 1882 saying, “i am more than half-persuaded that i am a man’s soul, put by some freak of nature into a woman’s body.” that, frankly, is just the tip of the iceberg. lou alcott simply did not live his life as a woman.

If you read through Thomas’s entire thread, you’ll find a lot of statements that will feel VERY familiar to you, especially if you’re someone of transmasc experience. Let’s look at the facts, as wonderfully outlined by Thomas’s scholarship.

I mean, case closed. Lou was transmasc, period. And if that wasn’t enough cause to jump for joy, Lou was also, according to Thomas’s archival research, not straight. Like, not even a little bit. Which, again, what great writer is?

i will add also that the issue of lou’s sexual orientation is a whole ‘nother can of worms. there’s good support in the archive for exclusive attraction to women, bisexuality, and asexuality. his own feelings fluctuated a lot. he just clearly wasn’t a heterosexual woman.

Thomas even added screenshots from Greta Gerwig’s beloved 2019 adaptation of Little Women to show that Gerwig knew what was up:

also if you’re wondering if greta gerwig is on the level the answer is yes absolutely pic.twitter.com/HuCyoZMXgv

Now if this isn’t the greatest news ever, I don’t know what is. Go forth and celebrate: literally everyone cool in the history of this planet is gay and trans.