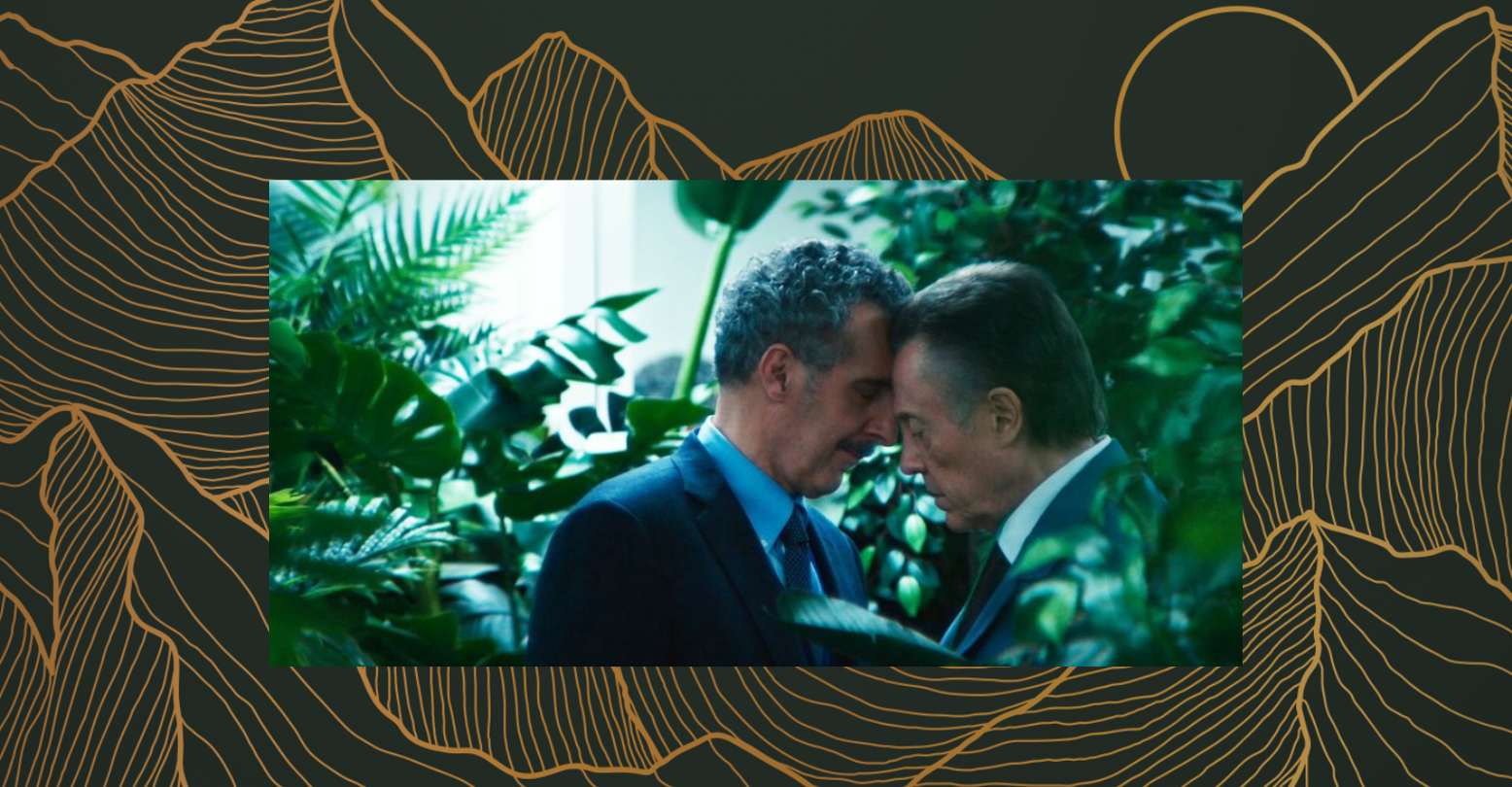 There’s a lot in Severance that’s worth talking about, from the way it looks unflinchingly at capitalism and the malevolence of corporation to the mastery of the first season’s slow-burning pace, which leads to a truly breathless finale. At the center of it all is the way it approaches queerness. The queer relationship that runs through season one of Severance favors a kind of storytelling that, even as queer representation becomes more prominent (and at times, more homogenous), feels like a rarity. At once navigating and sidestepping expectations when it comes to romance, coming out, and happy endings; Severance looks at queerness unlike anything else on TV right now.

At the center of this storyline are Irving and Burt (John Turturro and Christopher Walken, respectively). And the thing that becomes immediately obviously when looking at this – other than the fact the cast for this show is full of iconic performers – is that these characters are older. Turturro is 65, and Walken is 79. So often it feels like the direction that representation as part of queer media moves in is simply skewing younger as a mirror of changing demographics. To see Severance move against this is refreshing, not least because demographics changing doesn’t mean that stories about older queer people no longer exist, or aren’t worth telling. It’s the fact that these characters are older that makes their story so fascinating; at once something approaching liberation, while also being desperately sad and lonely.

The queer relationship that runs through season one of Severance favors a kind of storytelling that, even as queer representation becomes more prominent, feels like a rarity.

What Lumon – the enigmatic, sinister corporation at the center of Severance’s intrigue – wants most for its workers is for them to feel isolated; cut off from one another. The cryptic departments are vast distances away from each other, and in the show’s first episode, physical contact is made sad and clinical – after a promotion, protagonist Mark (Adam Scott) is told “a handshake is available upon request,” something that he asks for after a very loaded pause. This makes the small, physical distances between Burt and Irv in their scenes together feel vast, almost insurmountable.

After meeting, and bonding over the paintings that go up on the walls of offices and corridors (Burt works in Optics and Design), the two men begin to seek each other out more often, but aren’t able to articulate how they feel or what they want. Brief moments of physical contact —punctuated by a very deliberate focus from the camera on hands almost touching, but pulling away at the last moment—causes Irv to retreat. There’s a lingering question of out-ness to the relationship that forms between Burt and Irv, the idea that this may be the first time either of them has ever wanted to be in a relationship with another man. And with the nature of Severance being what it is—while they’re at work, these characters have no idea what their real-world versions do—there’s something about this that rings true in a strange way. There’s a moment where Irv comes out of the (storage) closet, smoothing out his moustache on his way to see Burt. But Severance refuses to simply designate these characters as out or in—ironic given the language of “innies” and “outies” that defines the severed-non-severed dichotomy of the character—but instead presents the potential for a relationship between these two men as challenging for reasons that have everything and nothing to do with the closet.

It’s the fact that these characters are older that makes their story so fascinating; at once something approaching liberation, while also being desperately sad and lonely.

With Severance being so animated by ideas of loneliness and isolation—with companionship and solidarity as their opposites—the romance that develops between Irv and Burt takes on a dimension that feels almost like liberation, doubly so when thinking about the age of the actors. It shows that there’s real power in being able to accept and embrace the truth of your identity, even in your sixth or seventh decade of life. In contrast to the stark loneliness of Lumon, it makes queerness feel like liberation; that to love one another truly has the potential to be a radical act, a way to ward of the loneliness of a world that cares about us less and less.

And that’s what makes the final act of their relationship—in season one at least—so poignant and powerful; so much more than just if they’re in the closet or not. Instead, the show makes it about what it means to turn against all that you know. Because these “innies” know nothing beyond the world of Lumon, it’s no wonder the employee handbook is almost a sacred text, one that Irv will often quote from himself. Burt and Irv even bond over it—and the history that Lumon offers of its founder and mission—which is what makes their relationship feel like something rebellious, or liberating. On paper these are two ideal company men, but in finding each other, they also find the limits of that same company that they’ve given—in a very meaningful, existential way—their whole lives to.

To love one another truly has the potential to be a radical act, a way to ward of the loneliness of a world that cares about us less and less.

The two men find a space that becomes special to them—it’s like a garden, worlds away from the sterile, modern, minimalism of Lumon’s spare offices and endless corridors, with the idea that “it could be just for us, our secret place.” As with the early uncertainty in their relationship, the camera lingers on the hands of the two men: the way they move closer and farther away; those brief moments where they’re interlinked. Even that moment of contact is enough to make Irving uncertain, electric. As if simply holding hands with another man was somehow against everything Lumon wants from him, and still the thing that he needs most in the world.

It’s no wonder Burt frames their potential romance through the rules of Lumon—it’s the only world either of them know—saying “the Lumon manual doesn’t say anything about lip-to-lip contact.” Intimacy, and the potential for it, are deeply charged in the world of Severance. But when the kiss falls at the last hurdle—after the two men inch closer and closer to each other, surrounded by nature in an image that feels as close to utopian as this world can offer them—it isn’t the closet that gets in the way, but the impact that Lumon (and by extension, capitalism), has had on Irv. When he says to Burt “I’m truly sorry… I’m just not ready” it’s because this would fundamentally change his relationship to Lumon and the whole world.

It’s Lumon that’s made the world so lonely, so sterile. But when that loneliness is all he knows, it seems almost impossible to break free of the cycle. Burt doesn’t seem (too) heartbroken about the kiss; he offers Irv an alternative: “just stay. Stay here with me.” And for a moment, he does. For a moment, they’re able to be together; far from Lumon, far from departments and handbooks. It’s that moment of togetherness that goes to the very heart of what Severance is about; what connecting with someone can mean, and what it can save us from. ♦