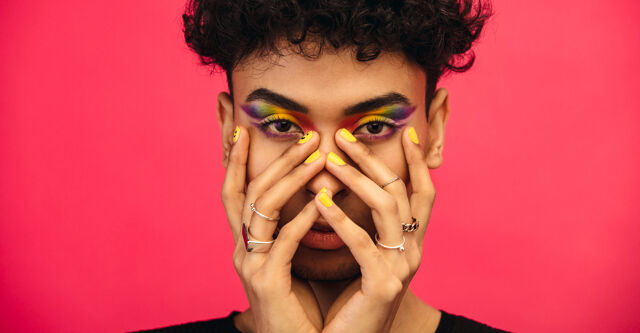 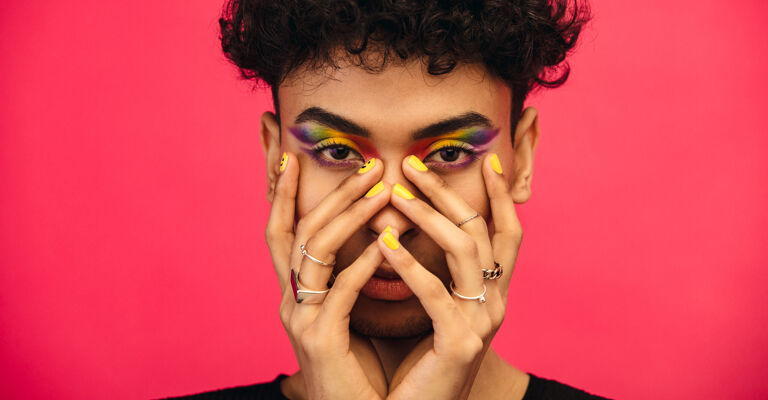 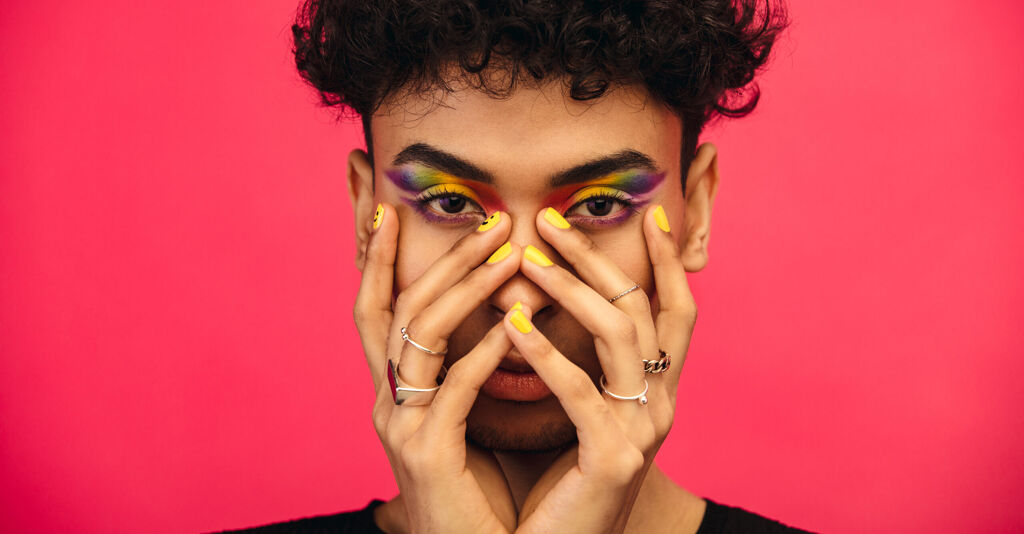 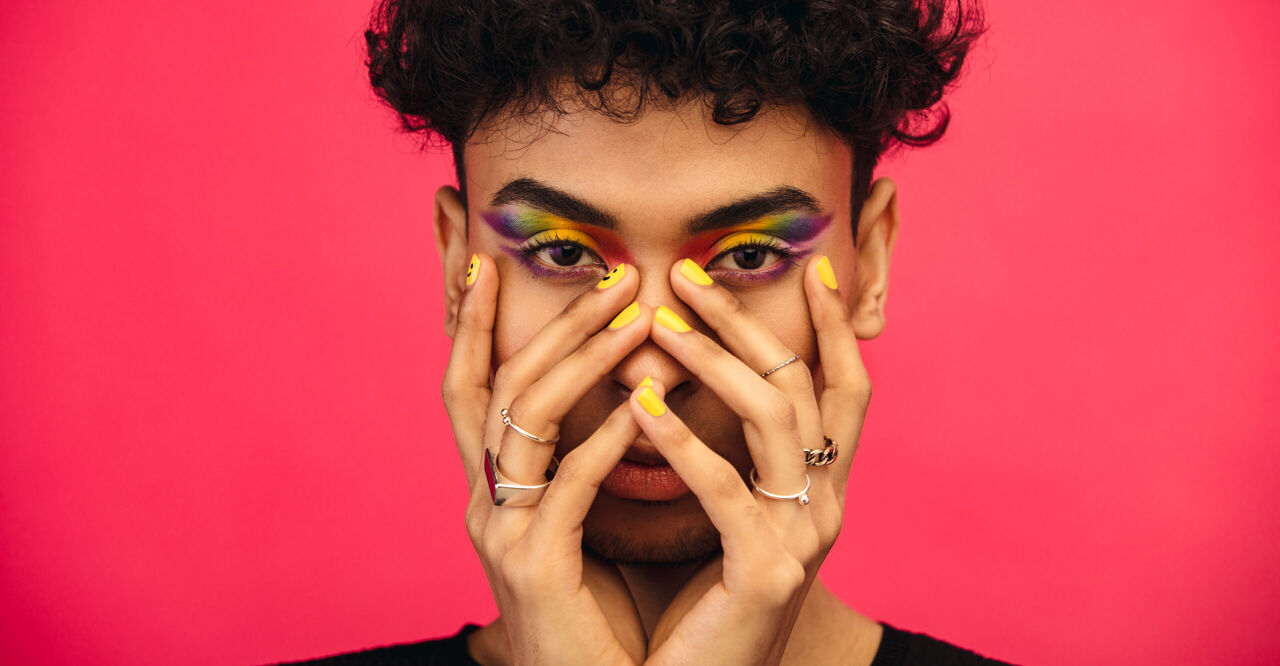 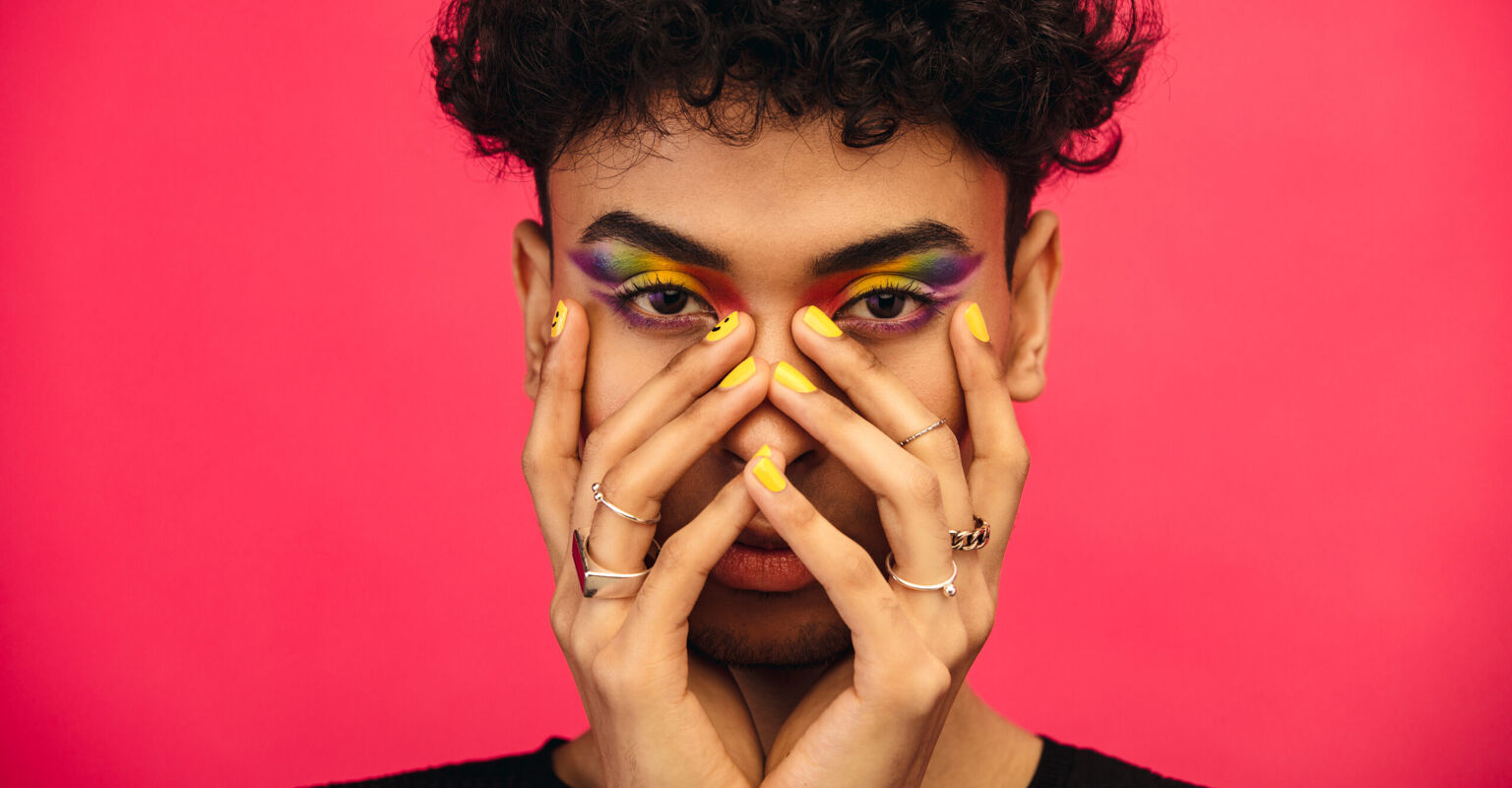 In the 1940s baby boomers were born, and so was the binary as we know it today. Adorned in infamous blue or pink swaddles according to sex, a revolution of gendered makeup and skincare products began. Ever since, these mere colors have turned into something much more than just pink and blue: they have stretched into the toxic binary we see today. In the mid-oughts, the enthusiasm for gender makeup went so far as to tint the shelves of the beauty and cosmetic sections, gendering anything in its path. It extends from pink—and oftentimes less sharp—razors for women to blue and gray bottles of shampoos with manly mountain landscapes in attempts to sell to valorous males.

But where do those who don’t aren’t on either extreme end of the spectrum fall? This is something that beauty and cosmetic brands have started to consider, as well as consumers who are switching gears in efforts to support brands that create products for all to enjoy regardless of sex. Instead of reaching for products that further deepen the idea that some products are made for only a select group of people, consumers are beginning to glamorize the brands that are instead inclusive and that focus instead on creating a great product that anyone can use and love. Our society has drawn so far from the binary that cosmetic brands are following to create neutral products: because gendered things aren’t that hot anymore…thank goodness.

Show some love in the comments!💬 pic.twitter.com/bsNT5AgQRa

This is largely thanks to brands that have made an effort to not fall into the toxic binary. One of these pioneers is the luxury gender-neutral perfume brand, ST. ROSE. Their eco-friendly, upcycled fragrances are exemplary in the movement relating to gender-neutral cosmetics. Creative Director and Founder Belinda Smith is dedicated to creating an extraordinary olfactory experience sans the binary.

“The concept of gendered perfumes only really gained traction in the 20th century when advertising and marketing began to reinforce the era’s gender norms. I am really excited to see those notions today being dismantled. One of my favorite aspects to fragrance and beauty is that they are inherently non-discriminatory, anyone can wear it regardless of size, sex, age, etc.” Smith says.

She is more than right, fragrance should never have been gendered to begin with. When did society decide that floral scents were solely feminine or that woody scents yell masculine? Every individual enjoys different notes in a fragrance, it was only until gendering became popularized that people became ashamed for liking certain scents or products.

On TikTok, queer women have started the conversation about using men’s deodorant because they prefer the scent and also find that it works better and is longer lasting. It’s bad enough that products are assigned to one sex, let alone that the performance of certain products is lesser-than because men are seen as strong and enduring while women are percieved as nonactive and gentle.  Instead of making products for all humans, many companies rely on the binary like a crutch creating products that just enhance the false realities of gender within society.

When did society decide that floral scents were solely feminine or that woody scents yell masculine?

“We prefer to say that we make fragrance for all humankind. I don’t believe scents have a gender. Perhaps this stems from growing up in the 90s where we saw the launch of the original unisex fragrances that were met with a cult following. My favorite fragrances have always been those that exude a sensual yet androgynous appeal and in fact, I have personally always preferred to wear perfumes that would be traditionally labeled as “masculine” with heavier woods, spice, and verdant notes. When I set out to launch my own line, my intention was to create a collection that had something in it for everyone and to ensure a great fragrance wasn’t hidden behind packaging designed for any one person.” Smith says combating the very notion of gendering fragrances.

With emerging social media like TikTok, the younger generations have been bringing to light what it’s like to shop for say, shaving cream, as a nonbinary person. In the past this has proven difficult, the bright pink packaged, strawberry-scented shaving cream isn’t for everyone, but neither is the musky, spicy shaving cream in the men’s section, it’s difficult to find the in-between. Or perhaps these products do sound appealing, but the idea of picking it up and checking it out at the store isn’t so appealing when it feels like you are under the social microscope between aisles.

Thankfully, there’s starting to be a shift within the cosmetic industry. We’re seeing gender-neutral colors such as yellow and tan being used more. Minimalistic products are in, and this equates to fewer products being packaged in exaggerated gendered ways. In a similar manner, pink and blue are becoming less frequently-assigned colors.

“First and foremost it is always about the fragrance inside that should steal the show, not the packaging.” Smith remarks, “Our desire is to allow Mother Nature to shine through and the beautiful natural pigments from these botanical elements to tint the compositions. I hope we’ve achieved our goal with a product that would be a beautiful addition to anyone’s daily ritual.”

Smith speaks to a topic that reflects not only in non-gendered beauty products but also in humanity: what matters is not the packaging, it’s what’s inside.♦