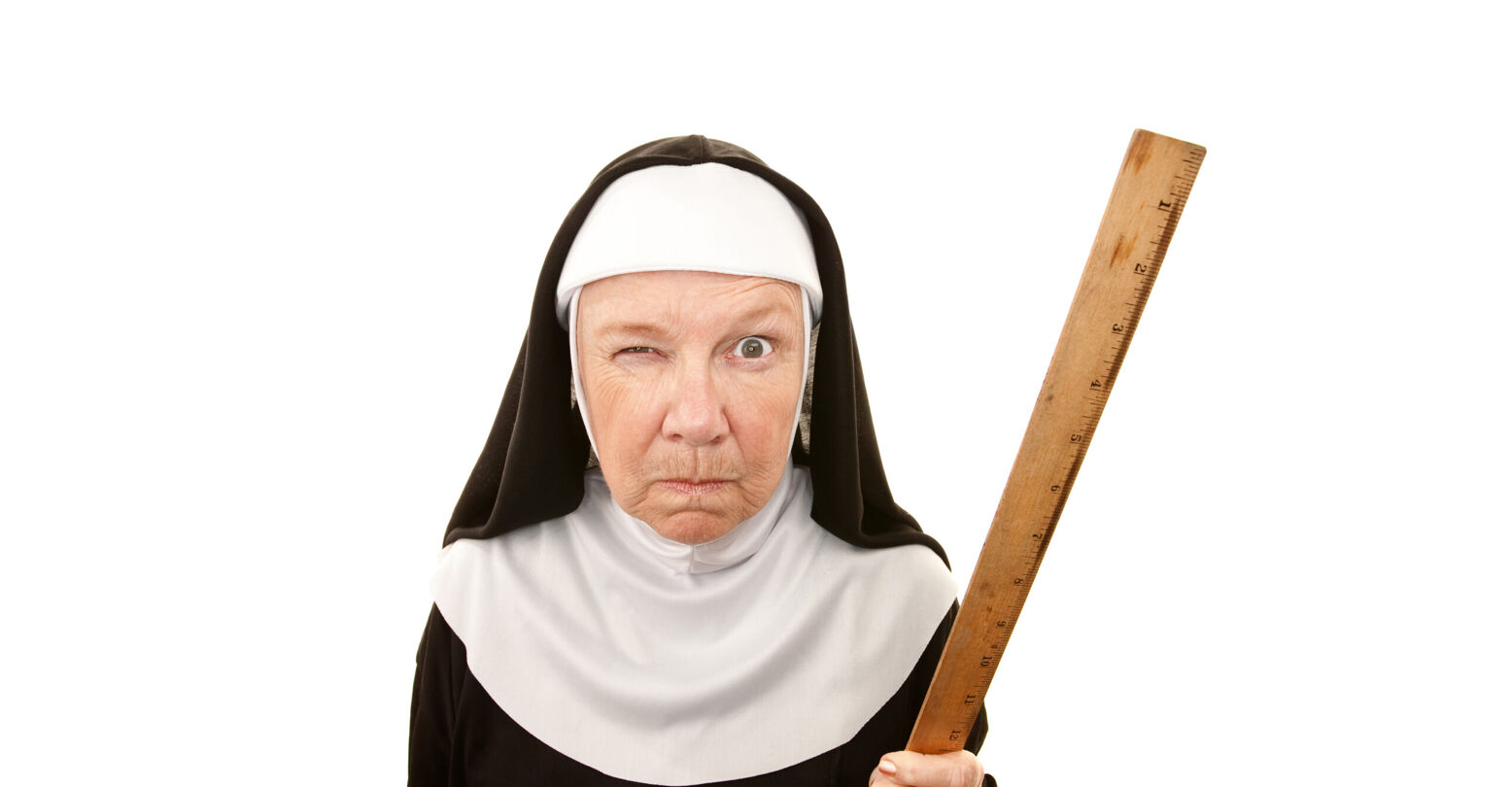 When two female models were photographed kissing for Italian magazine Not Yet, a passing nun forcibly separated the two. But rather than (somehow) deterring the two girls, the nun’s actions have caused the kiss to go viral.

The video was shared on Instagram by Not Yet, and it shows models Serena de Ferrari and Kyshan Wilson kissing on a sidestreet. An eldery nun dressed in white rushes forward and wrenches the two apart. She proceeds to berate them in Italian, and she turns around to address the crowd, calling the kiss demonic. While initially flustered by the interruption, the models simply laugh it off. Having made her point to absolutely no one who cares, the nun soon waddles away to find some other people to harass in the name of God.

The video ends with images of the many Italian publications that have covered the incident, showing that the nun has only managed to make the kiss more famous. And unsurprisingly, the nun has found only further ridicule online. It turns out that hate isn’t the best strategy for winning people over to your religion.

Ferrari later joined in on the fun, reposting a meme made out of the story. The meme jokes that the nun was actually scandalized by her shoes, saying they are of the devil.

Not Yet has since fully embraced the ridiculous incident. They recently followed up with another video of the nun accosting the two models. An AJR song begins to play, saying, “Can we skip to the good part,” and this leads into a reveal of the high definition photos of the kiss that the nun tried so hard to prevent.

All in all, it was a situation that could have turned out much uglier. Instead, it’s just another reminder of how stubborn homophobes have made themselves into caricatures to be laughed at.

Tags: AJR, homophobia, Italy, Models, Not Yet, Nuns, on the street