The 61st annual Grammy Award nominees were announced today, and several trans and queer-identified women are up for awards in categories ranging from Album of the Year to Best Music Video to Producer of the Year. In most categories, they are the only women against a handful of cis and largely straight men.

Openly gay Americana artist Brandi Carlile finally gets her due this year with six nominations for work from her album, By The Way, I Forgive You. Carlile’s sixth studio LP is up for Album of the Year and Best Americana Album, and her single “The Joke” is up for Record of the Year, Best American Roots Performance, and Best American Roots song. Although she’s been nominated before (2016’s Best Grammy Award for Best Americana Album, for her fifth LP, The Firewatcher’s Daughter), this could be her year for at least one win. It likely doesn’t hurt that she appeared in a fictional Grammy performance depicted in A Star is Born, alongside Bradley Cooper. 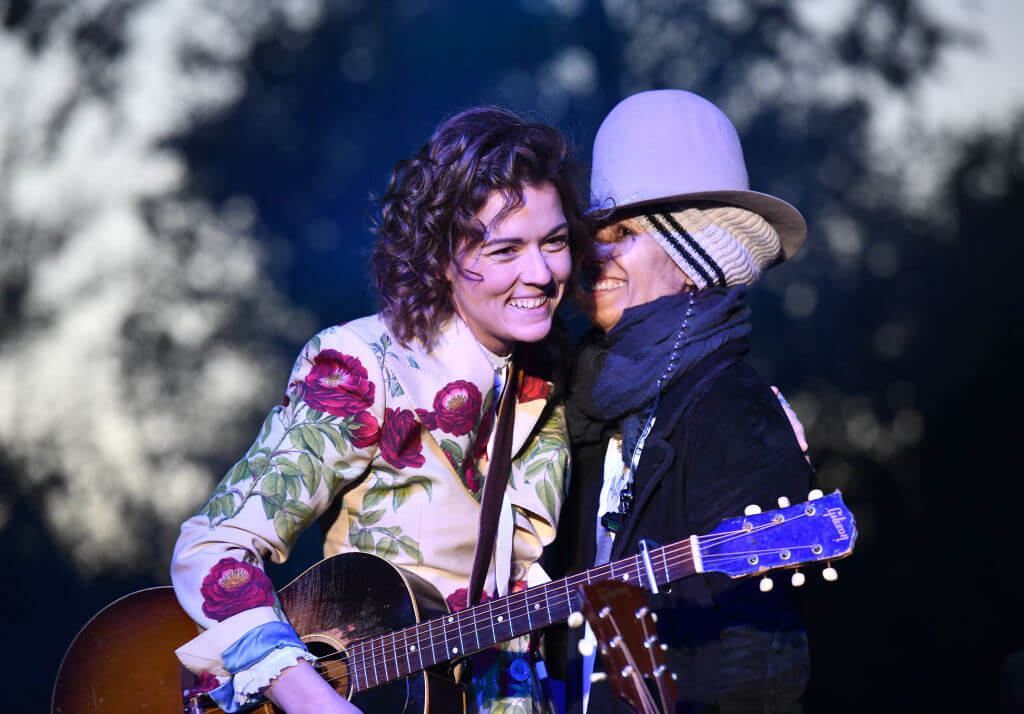 Speaking of A Star is Born, bisexual pop star Lady Gaga is up for Best Pop Solo Performance (“Joanne”), Record and Song of the Year and Best Song Written For Visual Media for “Shallow.”

Pansexual R&B-turned-pop star Janelle Monae’s visual accompaniment to her vaginal ode “Pynk” is nominated for Best Music Video, and her album, Dirty Computer, is up against not only Carlile, but multiple nominee Cardi B for Album of the Year. Monae has also been nominated previously (Best Album, Record, Pop/Duo Group Performance, Contemporary R&B Album, and Urban/Alternative Performance from 2009-2013), but has yet to nab a win.

Speaking of Cardi, the bisexual sensation also went home empty-handed after two nominations last year (Rap Song and Rap Performance for “Bodak Yellow”), but could win for Album and Record of the Year (Invasion of Privacy and “I Like It,” respectively), Best Rap Performance (also “I Like It”), and  Best Pop Duo/Group Performance with Maroon 5 for “Girl Like You.”

Trans songwriter/producer Teddy Geiger’s “In My Blood” is up for Song of the Year (along with co-songwriter and performer Shawn Mendes) and trans artist SOPHIE is nominated for Best Dance/Electronic Album (Oil of Every Pearl’s Un-Insides), both their first nominations.

In Best Folk Album, longtime lesbian singer-songwriter Mary Gauthier is nominated for Rifles & Rosary Beads, and soul legend Meshell Ndegeocello’s Ventriloquism could win Best Urban Contemporary Album. Whitney Houston is being honored posthumously for music from the film Whitney (Best Music Film), St. Vincent is up for Best Alternative Music Album and Best Rock Song (for Masseduction and title track, respectively), Linda Perry is competing for Producer of the Near, Non-Classical for her work on Willa Amai’s Hardest Better Faster Stronger, Served Like a Girl: Music From and Inspired By The Documentary Film, and Dorothy’s 28 Days in the Family, and out songwriter Tiffany Gouche wrote several tracks for Lalah Hathaway’s Best R&B Album-nominated Honestly and Hathaway’s Best R&B Performance song “Y O Y.” Demi Lovato also got a nod for “Fall In Line,” her track with Christina Aguilera (Best Pop Duo/Group Performance). 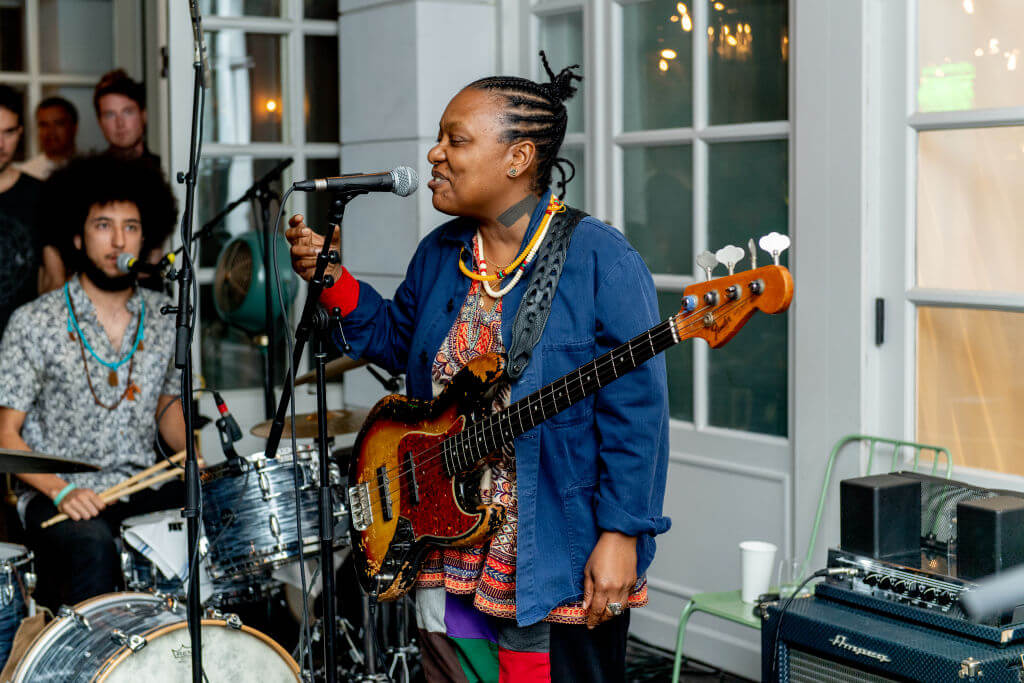 This is already a record year for LGBTQ women visibility at the Grammys, but should these nominees also win, it would be an incredibly strong showing in all areas of music recording and production. As the music industry continues to reconcile with LGBTQ inclusion and gender parity, 2019’s Grammys are an opportunity to celebrate just how powerful LGBTQ musicians and women are, and how valuable their experiences are as a part of their voice and their art. 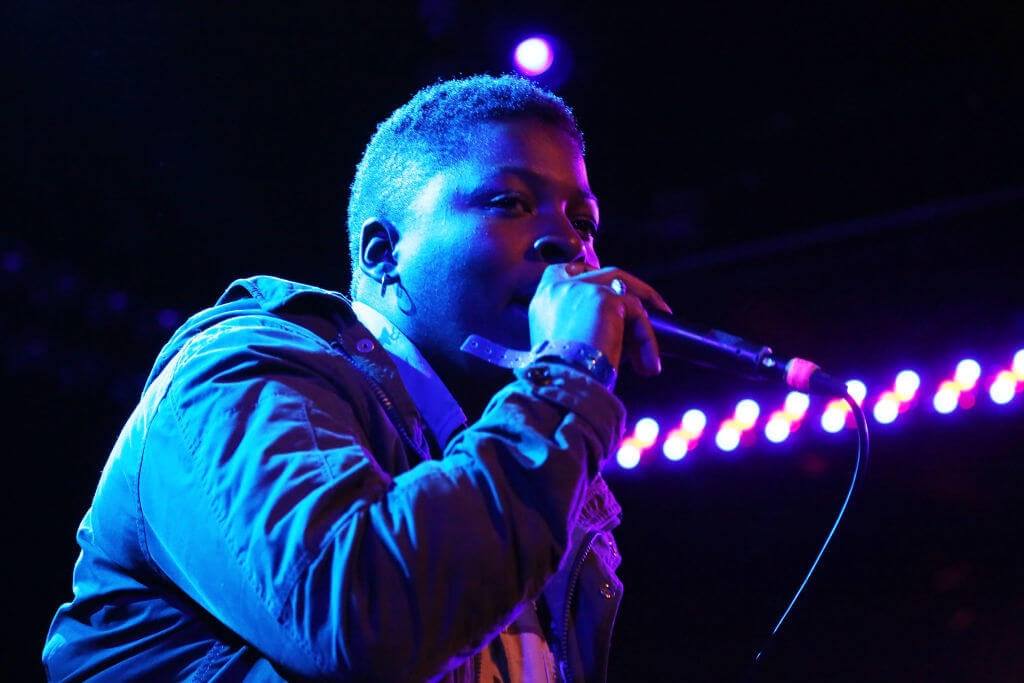