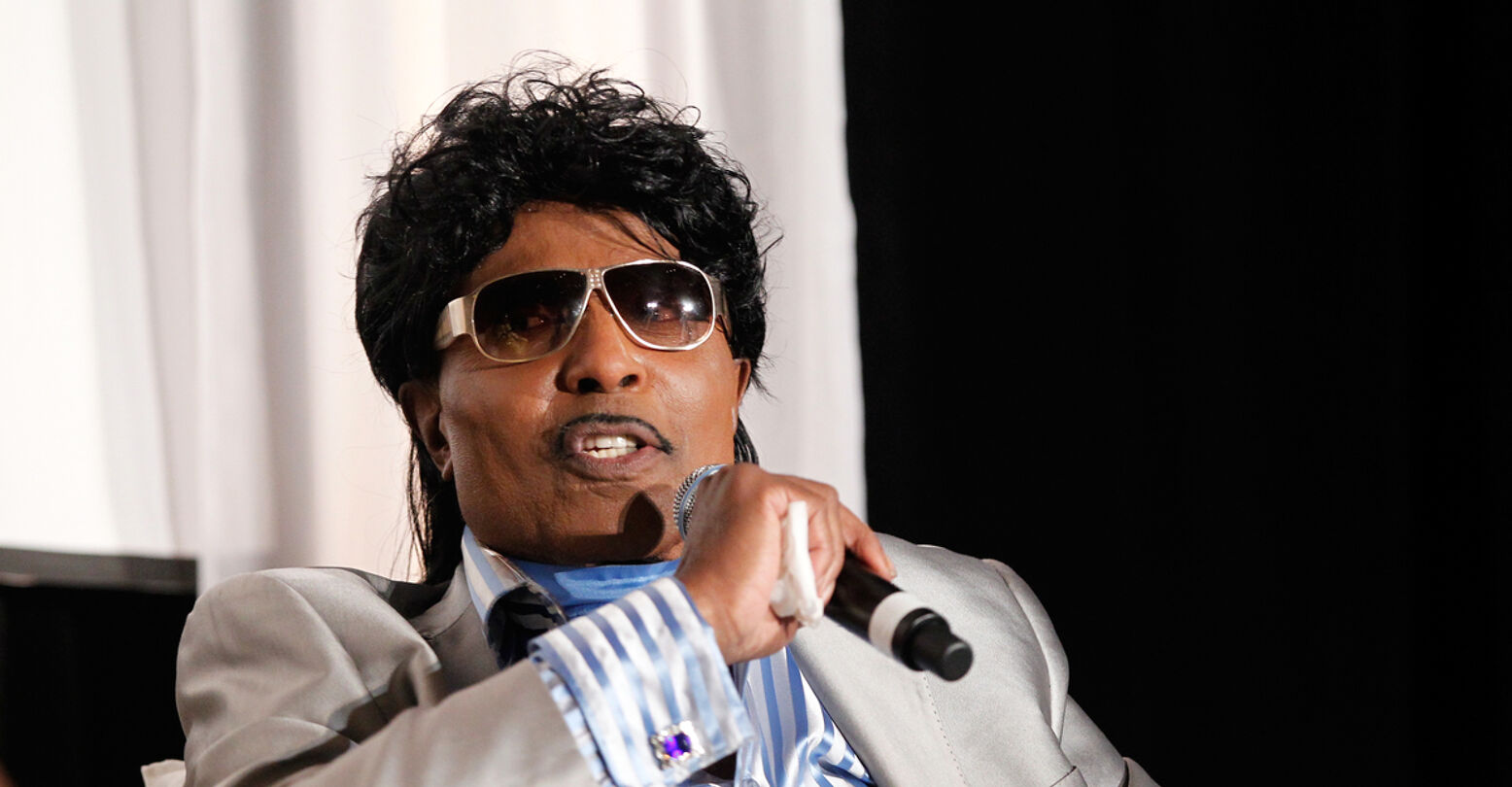 Little Richard, the flamboyant octogenarian who practically birthed rock and roll, is now on the record as denouncing something that’s as much a part of his aesthetic as his curly mop, pencil-thin mustache, and lip liner: his sexuality.

In a September interview with the Three Angels Broadcasting Network, which recently made its way through the blogosphere, the “Tutti Frutti” singer denounced the “unnatural affections” he had felt in his earlier years.
“You know, all these things. So much unnatural affection,” Richard said. “So much of people just doing everything and don’t think about God. Don’t want no parts of him.”

“Regardless of whatever you are, he loves you. I don’t care what you are. He loves you and he can save you. All you’ve got to do is say, ‘Lord, take me as I am. I’m a sinner.’ But we all have sinned and come short of the glory of God. The only holy, righteous person is Jesus and he wants us to be just like him because, in order to go to Heaven, we’ve got to look like him,” Richard said. “I don’t want to sing rock and roll no more. I want to be holy like Jesus.”

Only five years ago, Richard claimed to be “omnisexual” in a GQ article.
“We are all both male and female. Sex to me is like a smorgasbord. Whatever I feel like, I go for,” Richard said. “What kind of sexual am I? I am omnisexual!”

Little Richard’s sexuality was even a part of Kennedy Davenport’s legendary Snatch Game impersonation of the singer on RuPaul’s Drag Race.

Richard is not the only rock star to retcon his homosexuality later in life. Toward the end of his life, Prince also went on the record as being more than a tad homophobic.

In a New Yorker interview with Claire Hoffman, Prince reportedly tapped his Bible when asked about gay marriage and said: “God came to earth and saw people sticking it wherever and doing it with whatever, and he just cleared it all out. He was, like, ‘Enough.’ ”

In a 2014 appearance on the Arsenio Hall Show, Prince also expressed discomfort at the idea of men bristling up against him at an Oscar party and was visibly unhappy with a man joking about sitting on his lap.

That both Prince and Little Richard denounced their sexuality, which was a part of their long-lasting appeal, is especially sad given how few older queer men of color live out and proud. And given that both Prince and Little Richard’s anti-gay rhetoric seems informed by religion Prince became a Jehovah’s Witness later in life here’s hoping others looking for religious fulfillment don’t have to do so at the expense of their queerness.

Check out the interview or don’t! It’s tough to watch! below.