What would you do if someone stole your online life?

That’s the question at the center of Netflix original movie Cam, a thriller for the OnlyFans age, which follows Alice (Madeline Brewer) as she fights to reclaim her identity and livelihood after her webcam account is hijacked by a girl who looks just like her.

Written by former cam girl Isa Mazzei and directed by Daniel Goldhaber, Cam is rare in its depiction of a protagonist who is happy in her choice to be a sex worker. And it is also a refreshingly sex-positive entry in the horror canon (a genre which notoriously punishes female sexuality).

“Sex workers are commonly used in film to tell a morality story,” says Mazzei in a recent interview with INTO. “They are either someone to be saved, or they are this highly exoticized object that’s the butt of a joke or there to be murdered.

When she and Goldhaber first started working on the film, they knew that they wanted to offer up a different kind of portrayal of the subject matter —  one where viewers would be able to empathize with a sex worker. 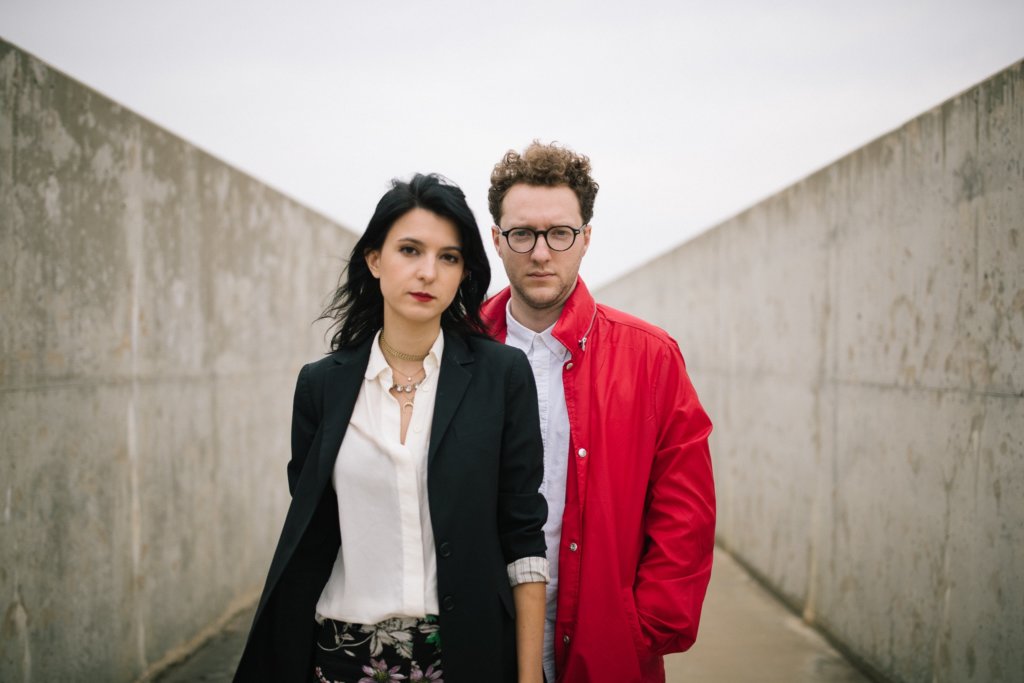 This effort comes through during some of the film’s most compelling moments in its first act, in which Alice puts on a live webcam show, interacts with her fans, and spends time with other cam girls. These scenes lift the curtain on a seldom-explored world without ever veering into gratuitousness, granting viewers access to the more mundane aspects of life as a cam girl.

“A lot of TV shows and films don’t show sex work for what it is, which is a job,” says Mazzei, explaining why the film often shows the protagonist studying other women working or doing ample prep for future shows while not performing. “Some people think sex work is easy, that you just take off your clothes and money falls from the sky, and that’s not what it’s like at all.”

“If you want to destigmatize something then it’s important that you show it for what it is, and sex work is work,” she says.

It is in this initial half hour that the character’s love of her job is made evident, and the viewer starts to root for her to rise up the online rankings. This also means that when Alice is locked out of her account by a sinister online presence, the viewer is 100% on her side, and wants her to get her profile back.

And while the world of webcam pornography provides the film’s setting and context, Goldhaber says that at its core, Cam is a story about digital identity.

Much like the apparition in It Follows, the true nature of Alice’s digital doppelganger is never fully explained, and that adds to both the film’s realism and its mounting sense of dread. After all, who among us could claim to really understand the technology we use every day?

“We live in a world where information is controlled by social media algorithms which have led to the proliferation of fake news and tons of bad things, and I think they’re extremely dangerous because none of us know how that works,” says Goldhaber. “And we don’t really ask questions.”

The technology-gone-awry aspect of the film has drawn comparisons with Black Mirror (which was where the filmmakers found lead actress Madeline Brewer), but unlike that dystopian anthology series, Cam doesn’t offer up any sweeping statements about the internet. “It’s a nuanced experience, being online,” says Mazzei. “It’s this thing we’ve grown up with, and it does have its problems, but we didn’t want to make an anti-internet movie. We don’t believe it’s inherently good or inherently bad.” 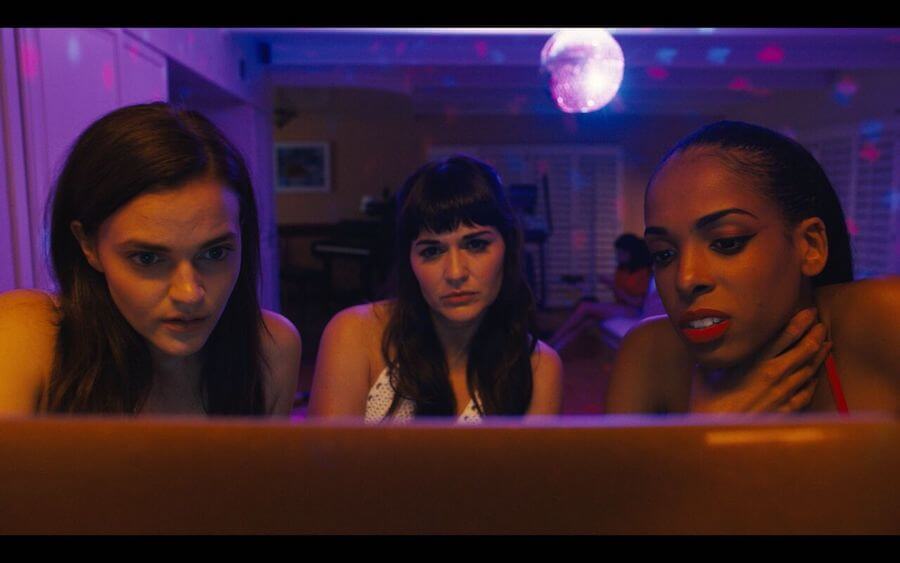 In telling the story of Alice, a woman constantly shifting between the two different personas she shows to the world, Goldhaber learned a lot about himself; he describes the experience of making Cam (his directorial debut) as life-changing.

“Part of my impetus for wanting to get involved with this movie was that it came at a time in my life when I was reckoning with the fact that I didn’t have the healthiest relationship with the women in my life, and the way I was socialized to perform as a man in this fucked up culture,” he says. “I saw it as an opportunity to learn from Isa and her experiences and gain insight into what it’s like to be a woman online and in real life.”

Right at the start of their collaboration, Mazzei felt it was important that he experience camming first-hand. Goldhaber performed webcam shows for a week, and in doing so realized just how much he was already unconsciously performing a version of cishet masculinity in his everyday life.

“Throughout the entire process of making the film and interrogating the notion of performed identity, I started reckoning with my own gender identity and sexuality,” he says. “I started openly dating men, which was a part of myself I had always repressed, and I started openly identifying as queer.”

“That’s a process I’m still actively figuring out, and I’m excited about engaging with it in my work,” he continued. “So I see Cam as a queer film, on a very personal level at least.”

And in fact, queer subtext abounds in Cam.

Alice’s double life and lies of omission will strike a chord with anyone who knows how it feels to be closeted, and the way the character comes alive during her shows can easily be seen as an allegory for the joy that LGBTQ people find in their own communal spaces.

“What was incredible working in the online sex work community was seeing all these spaces people could come to express their needs and desires without judgment,” says Mazzei, “where it was OK to be exactly who they were, and ask for exactly what they needed.”

Cam feels like an of-the-moment film not just because of its tech-based plot, but also the way it taps into the specific sensibilities and anxieties of internet culture.

Alice greets her fans with the sort of mannered “hi guys” that has become synonymous with famous YouTubers, her fixation on her online ranking reflects a wider social obsession with likes and retweets, and the distress she experiences as a result of her copycat perfectly captures the very real harm that can be caused by online abuse.

“These online communities can be absolutely incredible transformative spaces for people who otherwise wouldn’t have a safe outlet for what they want or need, but at the same time, when you’re putting things about yourself online, there’s risk there,” says Mazzei.

“That’s ultimately what Cam is about: a girl who has a wonderful platform for self-expression, and great friends, and a career that she loves… but because it all exists in this digital space, it’s corruptible.”

‘Cam’ is streaming on Netflix.