In a year where everyone loved Simon in the multiplex and couples nationwide dressed up as Elio and Oliver for Halloween, it might be easy for some to foolishly start taking such progress for granted. Aside from the very real problems that the LGBTQ community still endures in the west, such assumptions also fail to acknowledge the danger that queer people face on an international scale too.

Just recently, the Malaysian Prime Minister Mahathir Mohamad urged Asia to reject fundamental LGBTQ rights and a queer Russian film festival was closed down after a homophobic politician faked a hostage crisis. It goes without saying then that representation matters even more in countries that continue to outlaw homosexuality with discriminatory and often violent practices.

Enter Rafiki. On the surface, Wanuri Kahiu’s latest feature is a slight, yet enjoyable coming of age story that relies on the usual tropes of the genre, albeit through a gorgeous, Afro-Pop infused haze. When Kena (Samantha Mugatsia) meets Ziki (Sheila Munyiva), the pair realizes that they’re anything but “ordinary Kenyan girls,” and fall in love, despite the fact that their fathers are political rivals in the village where they live. 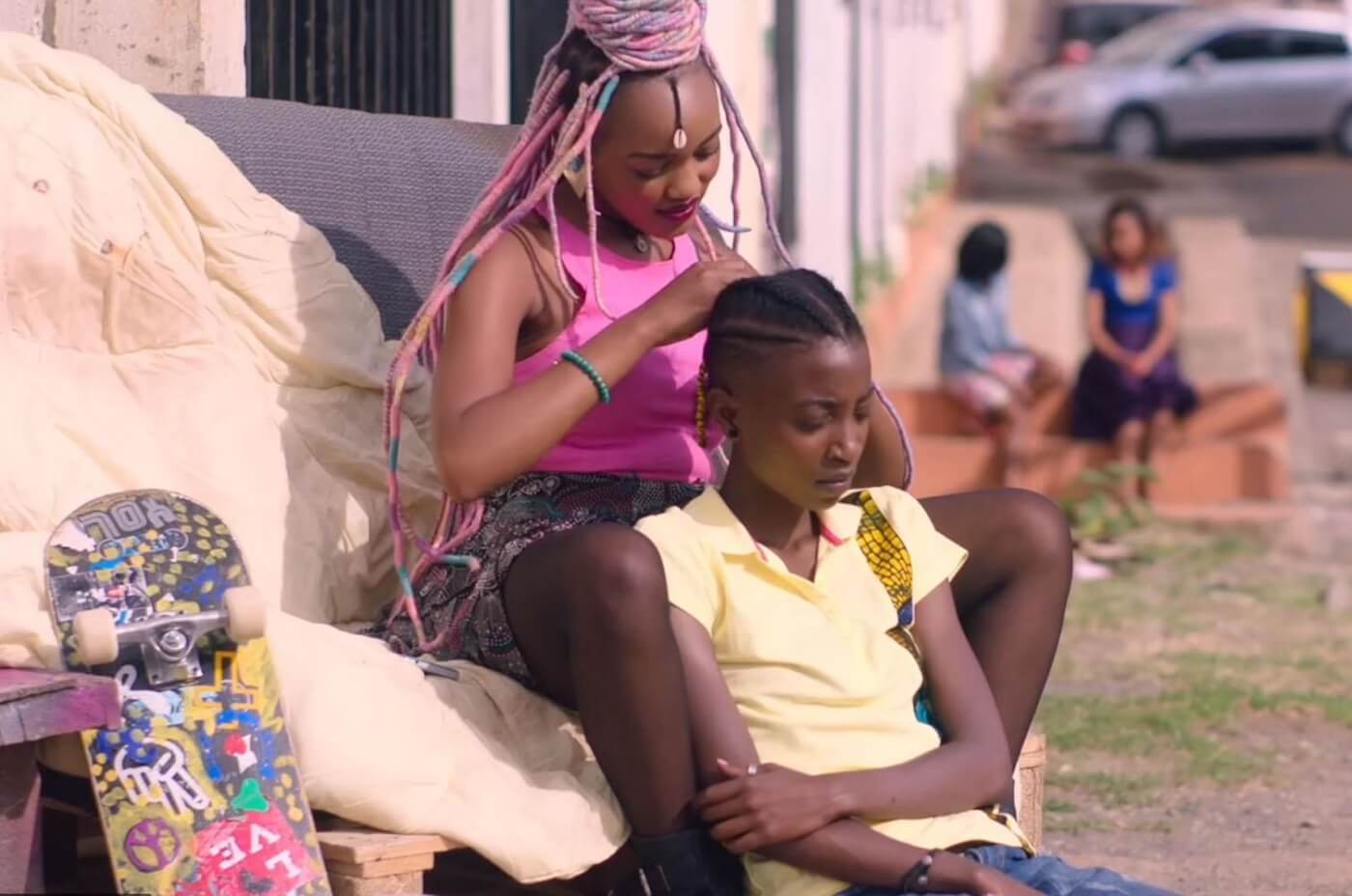 Along the way, the young women enjoy a thrilling first kiss, the struggle to keep their desires secret from the community and the subsequent pain that ensues when their forbidden love is discovered and thrust out into the open. The two leads are both electric in their screen debut together, capturing the raw, unbridled joy of teen love and Kahiu fashions a stunning backdrop for their story to play out against, full of dazzling hues and kaleidoscopic prints.

However, it’s hard not to feel like we’ve seen much of this play out on our screens before. Nonetheless, Rafiki still remains one of the most controversial releases of the year, at least in the country where it was made.

As one of more than 70 nations that still define homosexuality as a criminal act, Kenya does nothing to protect its queer community from the mercy of the mob, yet the international film community was still shocked when the Kenya Film Classification Board banned Rafiki for “[promoting] lesbianism in Kenya contrary to the law.”

Speaking to INTO, Kahiu revealed that the first thing she was told after she made Rafiki was that “it’s against God,” but that didn’t stop the film from drawing praise at Cannes back in May. As word of mouth spread, petitions and campaigns to lift Rafiki’s ban in Kenya eventually worked after High Court Justice Wilfrida Okwany permitted the movie to be shown for just seven days.

While the original incentive for this had more to do with the fact that films must play for a minimum of seven days if they’re to be eligible for consideration at the Oscars, native screenings of Rafiki were still met with applause and hundreds were reportedly turned away from sold out screenings. Unfortunately, the ban was still reinstated once the seven day period was over, but that didn’t stop Rafiki from becoming the second highest grossing Kenyan movie of all time.

In his initial ruling, Justice Okwany told the courthouse that he didn’t worry about the effect that Rafiki might have on Kenya’s morality, stating that one of the reasons for “artistic creativity is to stir the society’s conscience even on very vexing topics such as homosexuality.” Clearly, though, Kahui’s gorgeous and apparently “vexing” film still struck a chord with Kenyan audiences.

Despite the fact that Rafiki wasn’t selected as Kenya’s Oscar submission in the Foreign Language Film category, the temporary ban reversal still represented a historic win that bodes well for the future of the Kenyan LGBTQ community. That’s not all though. Recently, the Kenya High Court announced that they will soon rule on whether to decriminalize homosexuality on February 22, 2019. If this motion passes, then this ruling could change the way that LGBTQ rights are treated not only across Kenya, but the rest of Africa too. 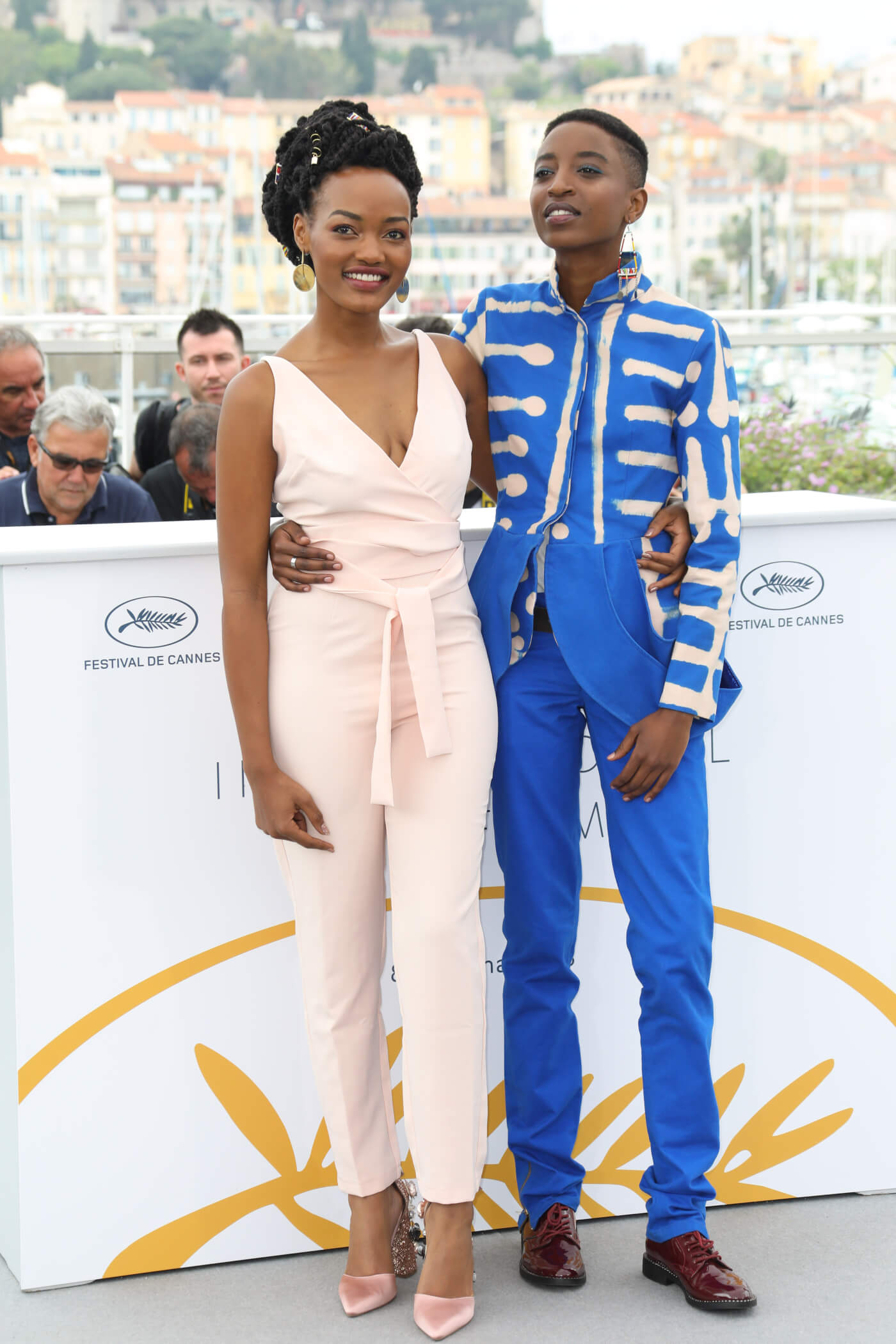 It would be tough to argue that the release of Rafiki single-handedly brought about such change. However, it’s hard to deny that the wider discussion surrounding this film didn’t at least have some impact on the High Court given the attention that this issue has received internationally.

Although queer coming of age stories might not hold the power that they once did for American audiences who are gradually seeing themselves represented more and more in the mainstream, supposedly generic films like Rafiki are still vital in countries where the very existence of our kind is deemed unlawful.

About halfway through Rafiki, Kena and Ziki long to express their newfound love for each other out in the open without fear of reprisal: “I wish we could go someplace where we could be real.” It’s too early to assume the best, but if homosexuality is finally decriminalized in Kenya early next year, then people who see themselves mirrored in the characters of Kena and Ziki will no longer have to hide who they really are.

Rafiki is playing the AFI Film Festival in Los Angeles on Nov. 11 and 14.