Having completed their cycle around the sun, nonbinary R&B pop-star Saturn Rising is back and channeling Orange.

“Orange is a terror threat. It’s a polite warning. Stand down,” Saturn says. “It’s not a competition or opposition. It’s authentication.”

Once a resident of the Bay Area, they’re now staying real cute in sunny Koreatown, Los Angeles along with two of their life-long friends. Their latest EP, Duality, is the first in a three-part series that will culminate in a pop album Saturn says they’ve been quietly hard at work on.

In the first new track from Duality, “Orange,” Saturn seeks to create a more genderfluid world; an existence undefined, lacking conformity in any essential way. 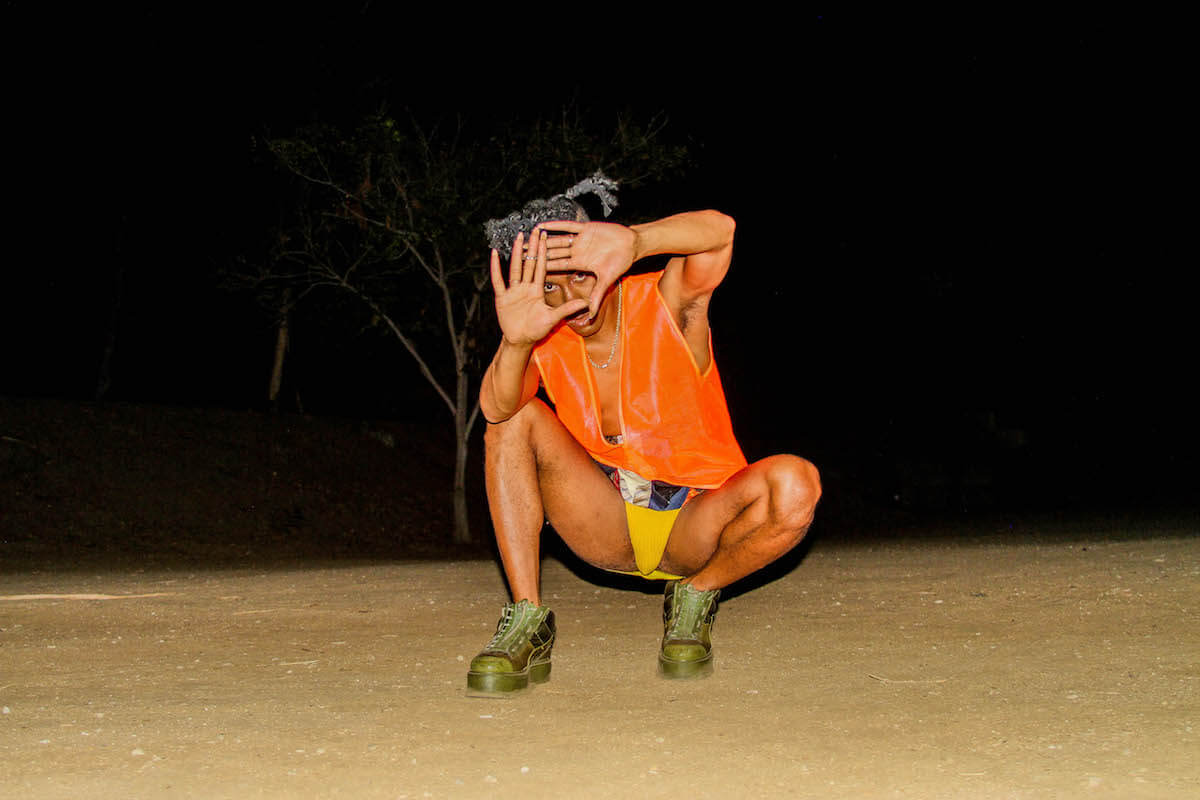 The inspirations for the music video came to them during a trip to Mexico City.

“I kept thinking fierce cowboy — like fierce desert diva, but hard femme, too,” Saturn tells INTO.

Directed by William Nixon and styled by longtime friend and collaborator Malcolm Robinson, the video features a melange of Los Angeles-based queer designers such as Gypsy Sport and No Sesso.

Emerging from the chrysalis of creative hiatus, the long-anticipated video for “Orange” creates space for Saturn’s metamorphosis, after being held down by toxic creative partners they’ve since severed ties with. They’re angry yet exhibiting growth, ablaze with renewed passion, and coming into their own as a queer singer-songwriter and performer on the rise.

“I kept getting side-tracked,” Saturn says. “The Orange era is about removal of fear. It’s about being big as hell; being larger than you ever thought you could be. It is a space where I can say this is who I want to be; this is who I am. The era is alternative. Desert Storm. It’s the apocalypse. You don’t know if it’s good or bad. There are imperfections but I’m proud of it and I’m glad it’s out now.”

Watch the fiery video for Orange below.