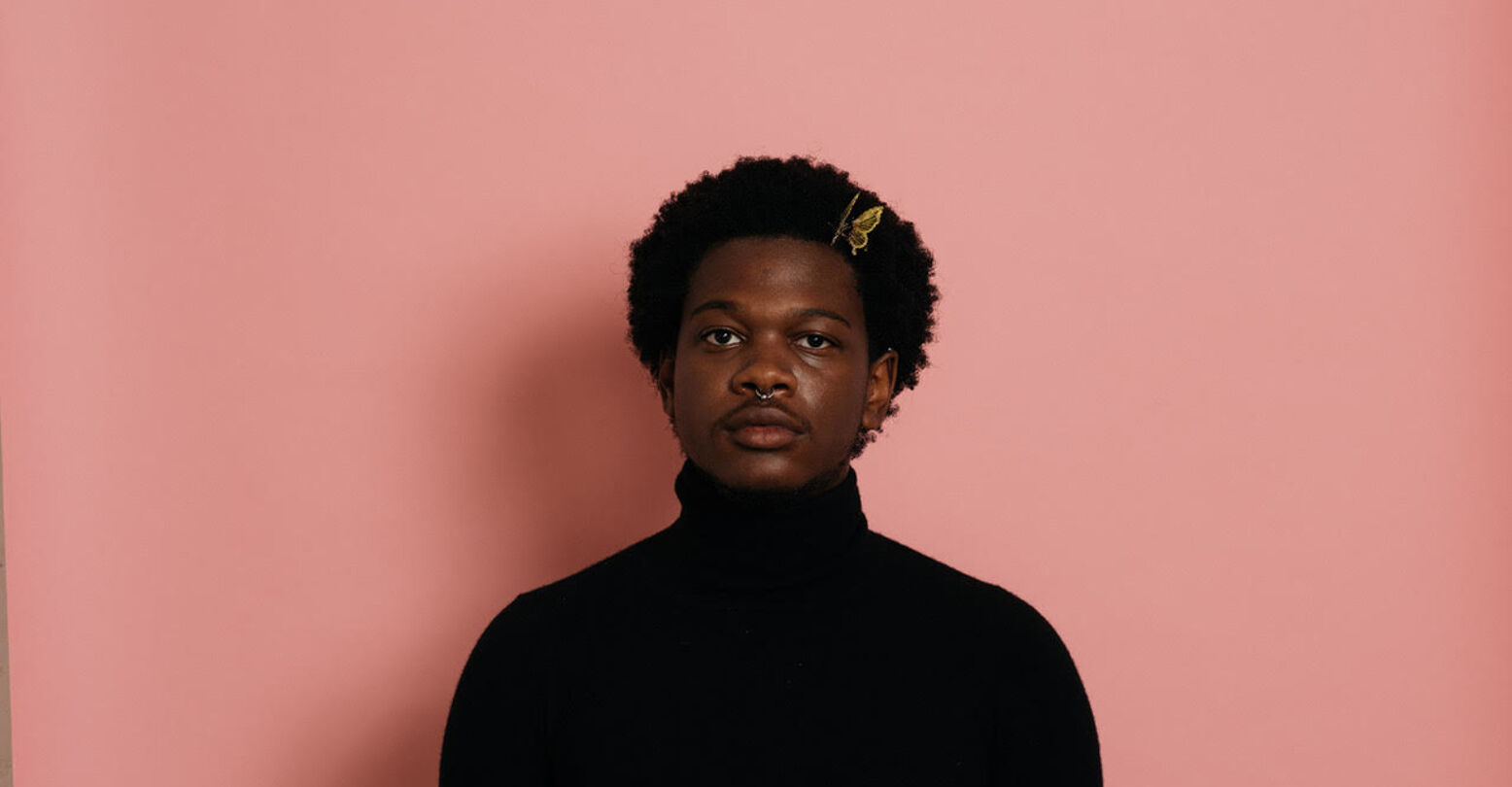 A lot has changed for Shamir Bailey since he released his 2015 debut album. Ratchet, a dazzling electro-dance record, made him a hipster-approved pop star and a slightly disillusioned poster child for genderqueer and non-binary youth. Released on XL Recordings, the prestigious British indie label that also discovered Adele and M.I.A., Shamir now describes Ratchet as a “collaboration” with a “straight white man,” producer Nick Sylvester. Having parted ways with both XL and Sylvester, Shamir’s recently-released follow-up, Revelations, is drastically stripped down and, as he describes, pure Shamir.

“I wasn’t actually trying to write a record,” Shamir tells INTO via Skype, as he stands outside his Philadelphia home wrapped in a cozy-looking coat, enjoying a leisurely morning smoke. “I started writing all these songs to cope after getting out of the hospital. You know, I went home and didn’t really have much to do. I was just getting myself together; there were really no goals. So this album is my story it comes from me, and I did everything on it. It’s just me.” 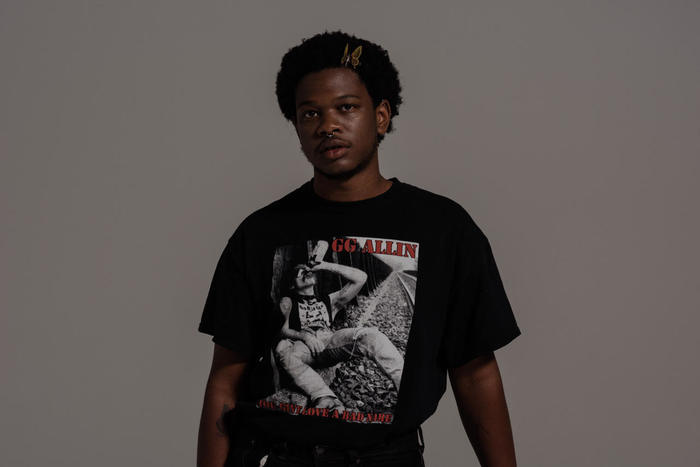 Shamir reassures me he’s doing “much better” than when he was hospitalized this past spring, and says being diagnosed with bipolar disorder after the episode has been pretty helpful.

“You know, having a diagnosis and just knowing where your imbalances come from, you’re a little bit more ahead of it, and you know what to do when things happen or when you feel a certain way,” he explains. “Now, I just feel so much more self-aware and healthier, and I know how to balance my stress much better now. I also have an amazing therapist.”

So, does he now know what his triggers are likely to be?

“Well, I kind of did beforehand, too,” Shamir says. “But I think a lot of people maybe thought I was a hypochondriac or thought the signs really weren’t so severe. They kind of downplayed it, or whatever, which is why it kind of got to that point [where I was hospitalized].”

He points out that bipolar depression looks different for every individual.

“It’s very tailored to you,” he says. “It’s more about coming up with ways to deal with it because it’s going to be an ongoing process for the rest of your life. You have to think about therapy, medication, lots of other things.”

Shamir has also learned how to say no, something he says can be tricky in the music business, where “it’s almost kind of expected for you to do things that you don’t want to, in order to get to a certain place.” A couple of years ago, his own voice was often marginalized.

“It’s always hard being in the public eye as a queer person, let alone a queer person of color,” he explains. “Your word is very minuscule to all these older straight and white people around you telling you what you need to do, but also not being mindful of your experience.”

I ask if this situation inspired “Straight Boy,” a standout track from Shamir’s new album, on which he sings: “Can someone tell me why I always seem to let these straight boys ruin my life?”

“Oh, that song is about so many of my experiences,” he says. “Yes, it’s about having to work with straight white men when they’re not mindful of your experience, or trying to really understand where you’re coming from. But it’s also me kind of personally dealing with straight ‘straight’ in quotation marks dudes that will hit on you and not really understand how that’s dangerous for queer people. There are so many stories of trans and non-binary and genderqueer people being killed by people who are straight and trying to coerce them. So that song touches on so many things, not just one thing.” 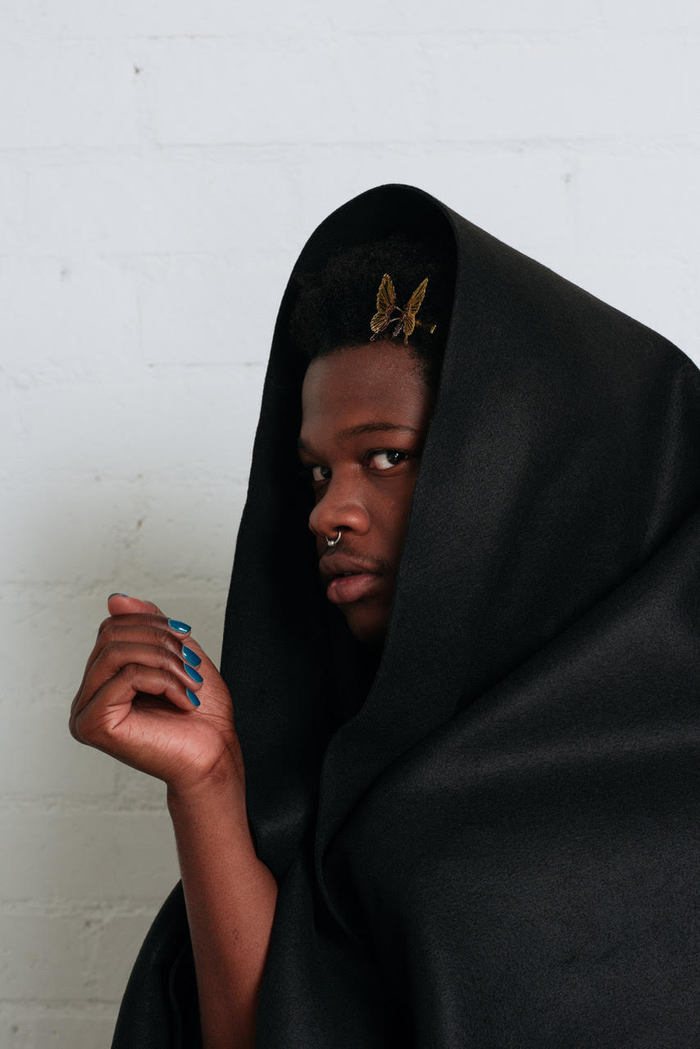 Shamir says that when he entered the public eye, he was encouraged to behave like “the good little queer the nice one, the one with manners. I had to bite my tongue on a lot of shit!” He also feels that his identity as a genderqueer person with a platform was sometimes exploited by the mainstream media.

“I think one defining moment was when I did an interview for BBC News,” he recalls. “I don’t remember who the reporter was, but the first words out of his mouth were: ‘So, what post-gender mean?’ I don’t think he even mentioned my music once during the whole the interview. And I was like, do you know what, I don’t know how to answer that question, because ‘post-gender’ is not a real word it’s a word the media made up for me specifically. It’s a trope they put on me.

“It’s clickbaity,” he continues, “and it’s something they think that people would be interested in. And that’s exploitation because it’s just a headline. They could have talked about genderqueer artists or non-binary artists, but they didn’t do that because that doesn’t sound as interesting to them as ‘post-gender.’ That’s the line between exploitation and actually showing real interest. But to this day I’m glad I was able to be, kind of like a public figure for non-binary people and offer some representation. That was really the only thing that kept me going.”

As our conversation reaches a natural conclusion, I’m struck that Shamir seems more comfortable in his skin than he did when I first interviewed him, shortly before Ratchet came out. He accepts he’s in a “transitional phase” as an artist, but feels satisfied that he’s making music that represents him: the kid who started playing guitar when he was nine years old, who loved punk rock music before he ever listened to glossy electro-pop. The music and attitude of Hole singer Courtney Love, Shamir says, “taught me how to not give a fuck.”

“Now I’m putting out music that feels real and honest to me first, but hopefully to other people too,” he adds. “When you’re making music for yourself first, it loses a lot of people, but when a person does connect with it, I think it’s a stronger connection.”

As for what’s next, Shamir says with a wicked smile: “I think each new record will be a slap in the face at all times!”