Good Trouble is the new Freeform series by Joanna Johnson, Peter Paige and Bradley Bredeweg, the team behind The Fosters, a show centered around two moms and their foster children that redefined what a family drama is supposed to look like. It starred Teri Polo as Stef, and Sherri Saum as Lena, an interracial San Diego lesbian couple raising their four foster kids, Callie (Maia Mitchell), Mariana (Cierra Ramirez), Jesus (Noah Centineo) and Jude (Hayden Byerly), in addition to Stef’s biological son from her first marriage, Brandon (David Lambert). The show wrapped its five-year run last summer, and soon after, the spin-off centered around Mariana and Callie was announced.

The new series, premiering tonight on Freeform, follows the Adams foster sisters one year after The Fosters left off. Transitioning from college life to their first real jobs in Los Angeles proves to be a challenging experience for Callie and Mariana, whose moving truck is robbed quickly upon their arrival. There’s also the issue of their new digs, which, previously unbeknownst to Callie, is a communal living situation in a downtown Los Angeles loft, the only place Callie’s law-clerk salary will allow them to rent.

We quickly learn that while Mariana makes enough in her new job at a tech startup for them to not have to share a bathroom with eight other people, Callie insists on splitting living expenses down the middle. Mariana’s new co-worker, Gael (Tommy Martinez), also happens to live in the building — and Mariana intends on making him her boyfriend. 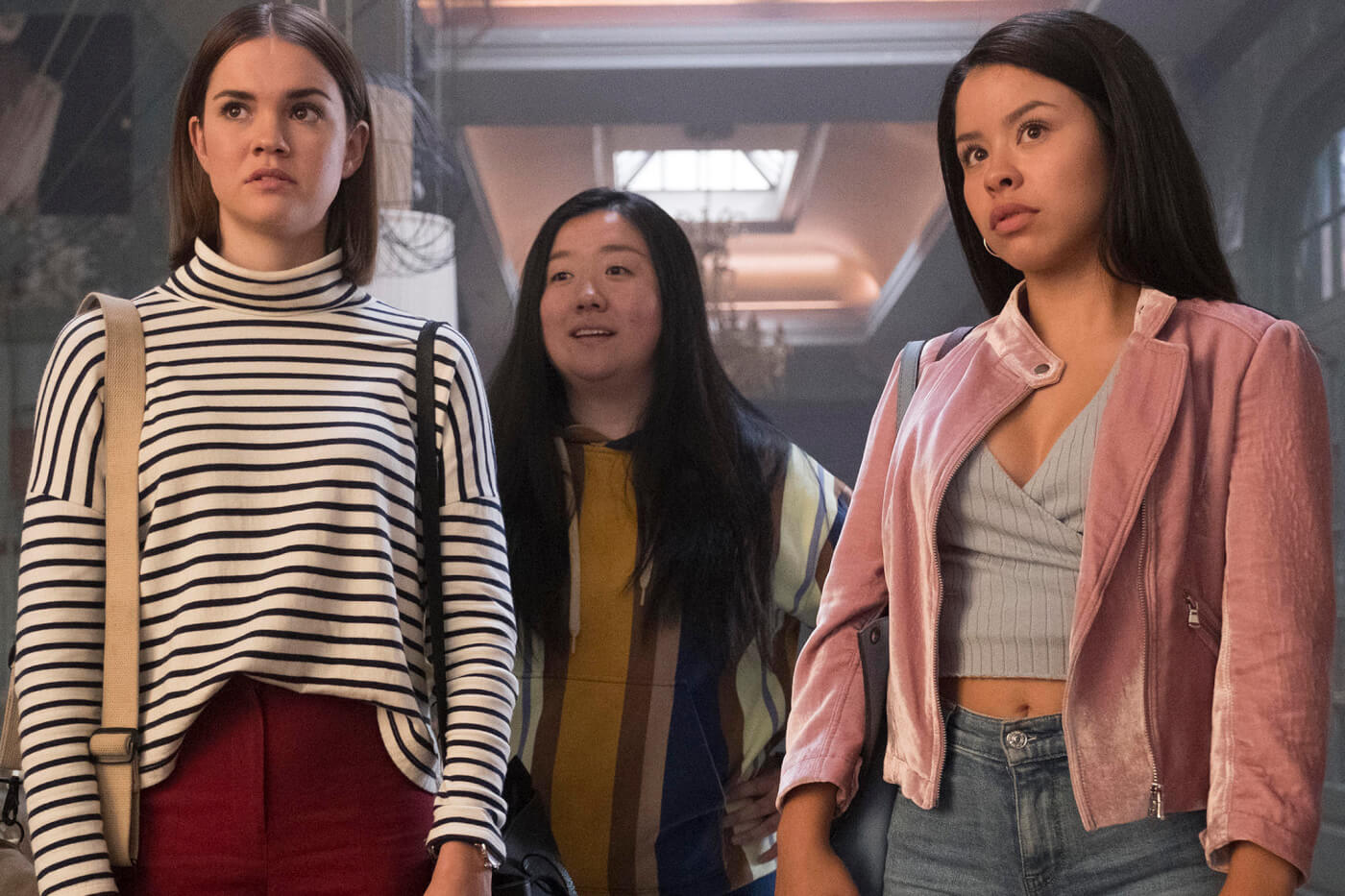 Alice (played by out comic/actress Sherry Cola) is the lesbian loft manager who has yet to come out to her parents; she is introduced as the caretaker of the loft, and by extension, the roommates. She’s in charge of repairing broken appliances, providing the toilet paper, and introducing Callie and Mariana to the others, including Malika (Zuri Adele).

Malika is a former foster child and social justice activist who brings up the case of a young black man who was killed by the police when he was presumed to be carrying a weapon. Later, Callie learns that her new boss, a conservative Federal Judge, will be taking over the case, setting up what could potentially be a conflict between the roommates.

Elsewhere, Mariana is having trouble with her new team, which is composed of male co-workers who appear to have no intention of taking her seriously, instantly assigning her work that mainly involves sorting files that include crude graphics of female bodies. Thinking she could at least make an impression by approaching the company head with an idea for an app, Mariana is instead reprimanded for going over her supervisor’s head.

The pilot deals with the hurdles of entering the workforce, and what that looks like for young female professionals in fields that are predominantly male. It also introduces Callie and Mariana to a more adult environment that now involves drinking and sex, cementing that the Adams foster sisters are all grown-up and that this is a different show from its predecessor. Still, Good Trouble stays true to its socially-conscious roots.

What made The Fosters groundbreaking was its depiction of LGBTQ characters. From interracial lesbian moms Lena and Stef, to trans men characters like Aaron and Cole (played by actual trans actors Elliot Fletcher and Tom Phelan), these characters helped increase queer and trans visibility in television. That intent seems to be carrying over to Good Trouble, with characters like Alice and Gael. 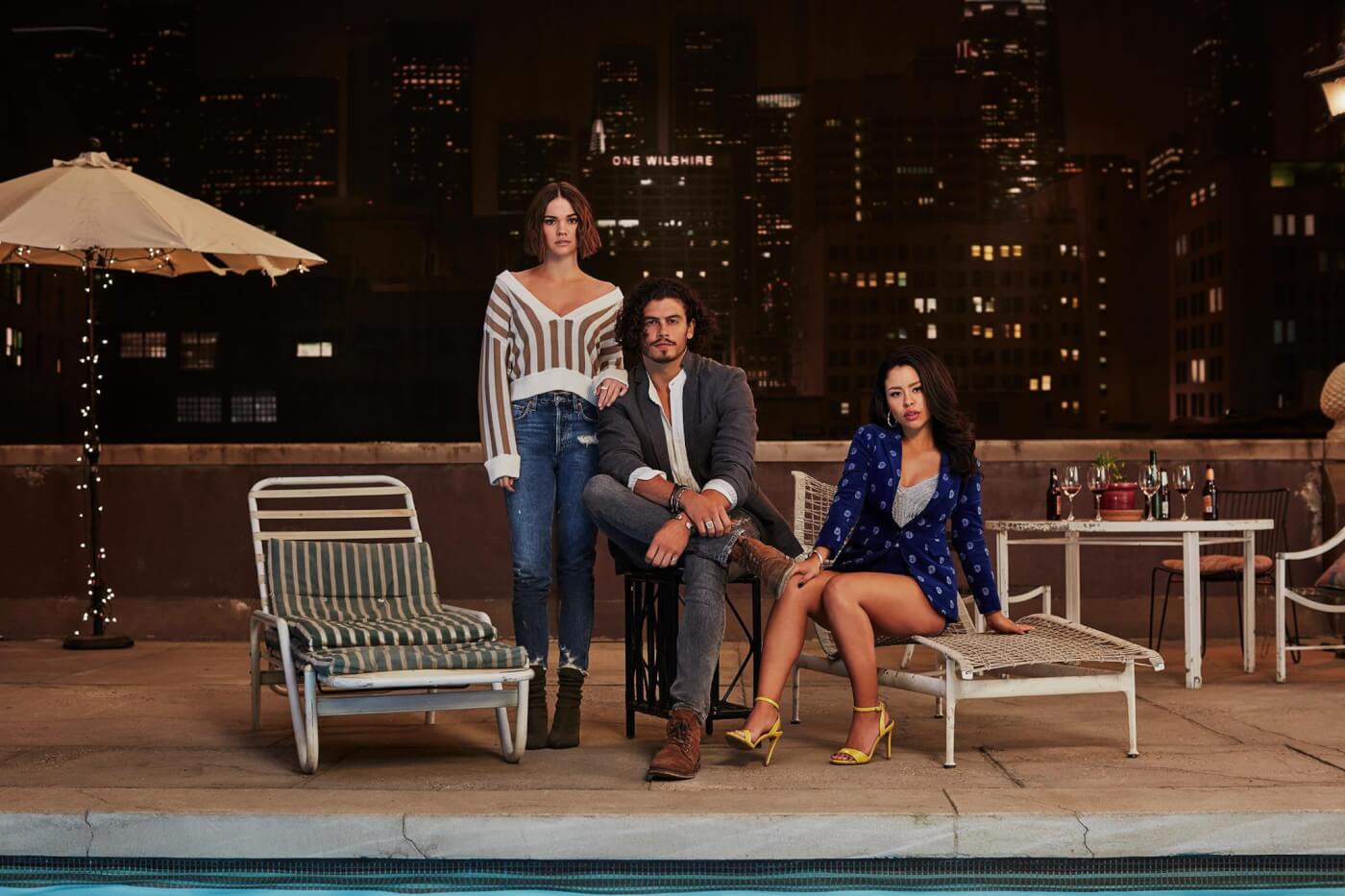 After a grueling first few days, Callie and Mariana sit by the gorgeous rooftop pool in the building that realistically no person in their 20s can afford unless it’s split between eight people, so kudos to the writers for keeping it real, and Callie finally admits she hooked up with Gael on their first night there without knowing who he was.

Just as they’ve decided they do not want to fight over a guy, they spot Gael in his room, which is conveniently visible from across the pool, and thirstily watch him remove his shirt. Moments later, a second male enters the bedroom and Gael kisses him, the camera panning away just as things begin to heat up between them.

Mariana quickly decides she’s no longer interested, but judging by glimpses of future episodes, Callie might not be so quick to give him up just yet. That’s good news, as we’re overdue for a bisexual leading man who isn’t dismissed the moment his sexuality is revealed. Grown-ish, another spin-off about young adults, had the chance to explore a similar storyline in Season 1, but the writers chose to go another route.

When Nomi (Emily Arlook), Grown-ish’s bisexual character, learns a man she’s dating is also bisexual, she immediately dumps him. Rather than delve into Nomi’s internalized biphobia and the double standard bisexual men face every day, the storyline is never visited again. That Good Trouble might explore an alternate take is a promising and refreshing prospect.

For those missing the rest of the Adams foster clan, expect to see familiar faces sooner rather than later. Mariana’s twin brother, Jesus (Noah Centineo) is slated to make an appearance as soon as episode 4, while Stef and Lena are also expected to pay a visit at some point in the future, among other members of the Adams foster family.

While Good Trouble has a decidedly different tone than The Fosters, out lesbian EP Joanna Johnson hopes it will resonate with audiences in a familial way.

“When you leave home, you go out in the world and you create your chosen family of friends and people that you work with, and that’s what this show is about,” she tells Variety. “It’s still a family show, but it’s the family you choose to surround you and support you.”

Good Trouble premieres January 8 on Freeform, and the pilot is now streaming on Hulu.