Lucas Hedges has never been to gay conversion therapy, but he understands what it’s like to grow up feeling like an outsider.

“Something that really interests me is the idea of how some people can go through a day and nothing bad can happen to them, but they can experience so much inner turmoil that doesn’t reflect how the world is treating them,” Hedges tells INTO. “That’s how I feel in my life.”

That’s a surprisingly vulnerable answer for any actor to give, especially just a few minutes into a phone interview. Read other profiles of the Boy Erased star and you’ll notice that the 21-year-old Oscar-nominated actor is willing to open up about his personal life and internal conflicts. Recently, Hedges spoke about his sexuality publicly for the first time, describing a distinct memory where his sixth grade teacher explained sexuality as existing on a spectrum.

“From that moment on,” Hedges said on The Ellen Show, “I always identified myself existing within that spectrum. I see it as something that’s more fluid.” He’s said he’s not entirely straight, not exactly gay, but also not really bisexual. 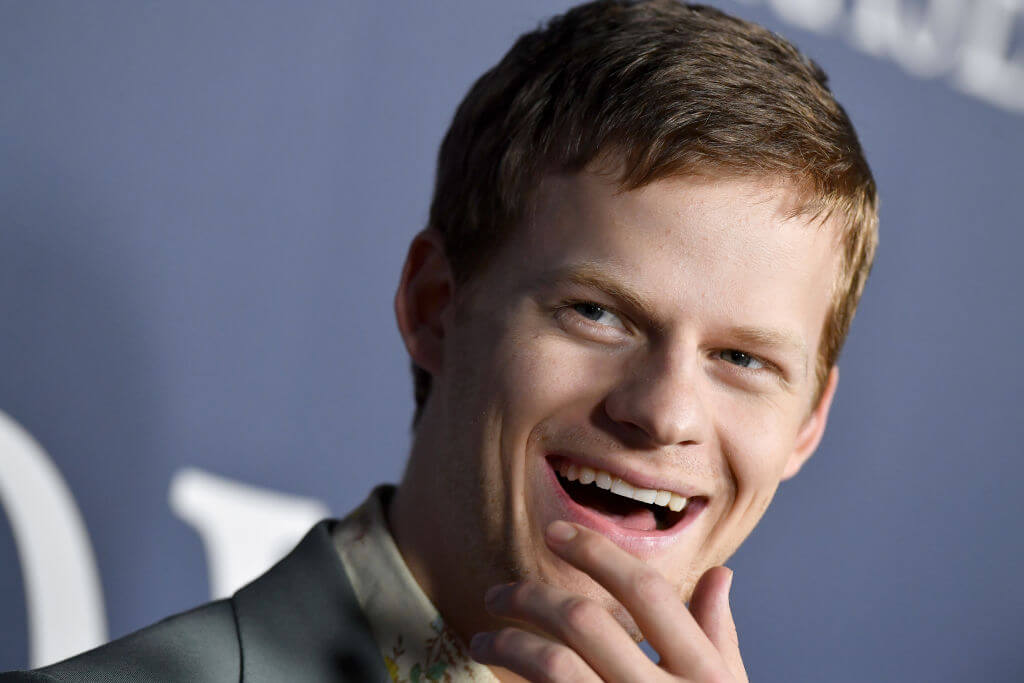 Identifying on the queer spectrum isn’t what Hedges shares most with Conley, the gay author of the memoir Boy Erased, and the real-life figure behind Hedges’ Jared Eamons in the Joel Edgerton-directed adaptation. What really resonated with Hedges in Conley’s book was the author’s struggle with shame, something that, Hedges recently told Vulture, “felt to me like the governing factor of my life and my childhood.”

As a teen in Arkansas, Conley was outed to his devout Baptist parents who left him with an ultimatum: change yourself or lose your family. The belief that one can “change” their sexuality or gender identity, and do so through abusive conversion therapy, is still, unfortunately, prevalent across America – LGBTQ conversion programs remain legal in 36 states today. Afraid of becoming disowned by his parents, Conley agreed to attend Love In Action, a conversion program in Memphis, Tennessee. Before he finished the two-week introductory program, Garrard finally left, and at the end of Edgerton’s film, Hedges’ Jared is the one who gives his pastor father (Russell Crowe) an ultimatum: change your beliefs or lose your son.

Hedges, meanwhile, had a much more picturesque coming of age. He grew up in Brooklyn Heights with an acclaimed screenwriter/director and a poet/actress for parents, made his film debut in Wes Anderson’s Moonrise Kingdom, went on to study theater at a liberal arts college, and quickly soared to fame after earning his first Oscar nomination for Manchester By the Sea. Yet despite what one may assume about the life of a 20-something awards season darling who appeared in a pair of Best Picture nominees back-to-back, it’s clear Hedges is someone who knows what it’s like to wrestle with internal strife.

“I have a parallel life in my head that I experience in isolation that occurs alongside my life, or what somebody would perceive as my life,” Hedges says, choosing his words carefully. The young actor didn’t expand on what that parallel life looks like, but glimpses of it come across in other ways, namely, his self-consciousness around his work. 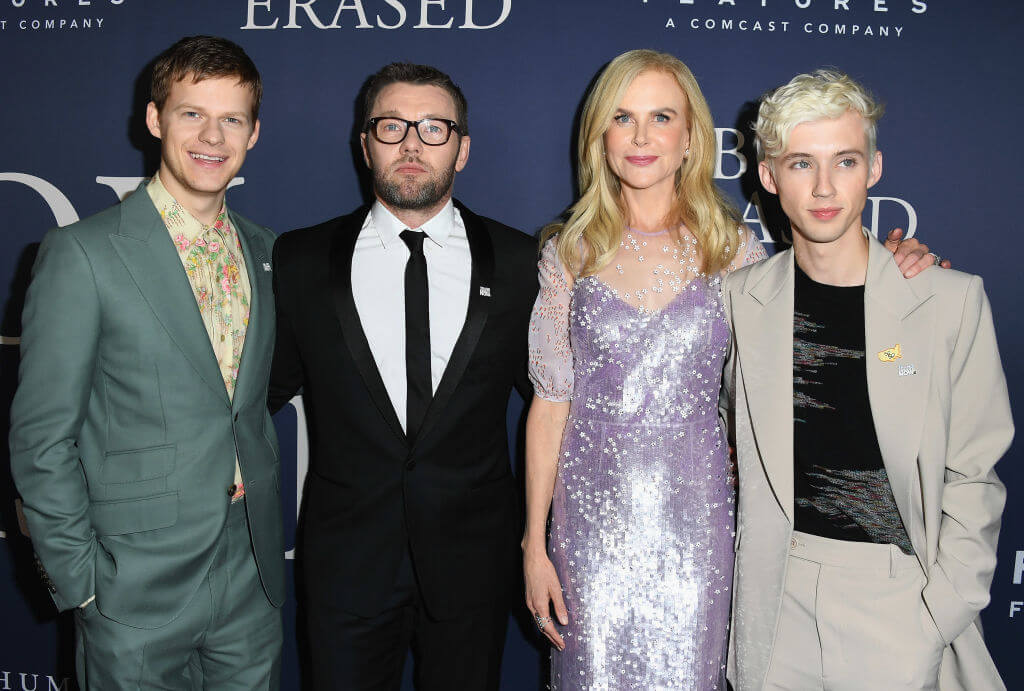 Even though Hedges has worked with directors ranging from Greta Gerwig to Kenneth Lonergan to Terry Gilliam, and in 2018 alone has acted opposite the likes of Nicole Kidman, Julia Roberts, and, currently on Broadway, Elaine May, he’s hyper-aware of whether or not he’s holding his weight. As someone who, he tells INTO, has spent much of his life compromising his own desires in order to please others, the last thing Hedges wants is to let anybody down.

Boy Erased was a challenge for Hedges in many ways. For one, he carried the burden of portraying a real-life person – albeit in Edgerton’s somewhat fictionalized version. When playing a real figure, where’s the line between paying respect to their life, and taking the character into your own hands? Hedges struggled with that as he realized he was leaning on Conley too much to inform his approach to the character, wondering what the real Garrard would do and say in particular situations.

“At the end of the day I realized, well, Garrard’s not available to talk to me all the time, and that I’m not playing Garrard, I’m playing Jared,” Lucas says.

Eventually, Hedges learned to trust his intuition with the character, but it’s easy to see how those doubts grew out of Hedges’ fear of making a mistake. For him, the role and the chance to bring awareness to the traumatic realities of conversion programs was too important to mess up, and Conley was the last person he wanted to disappoint. 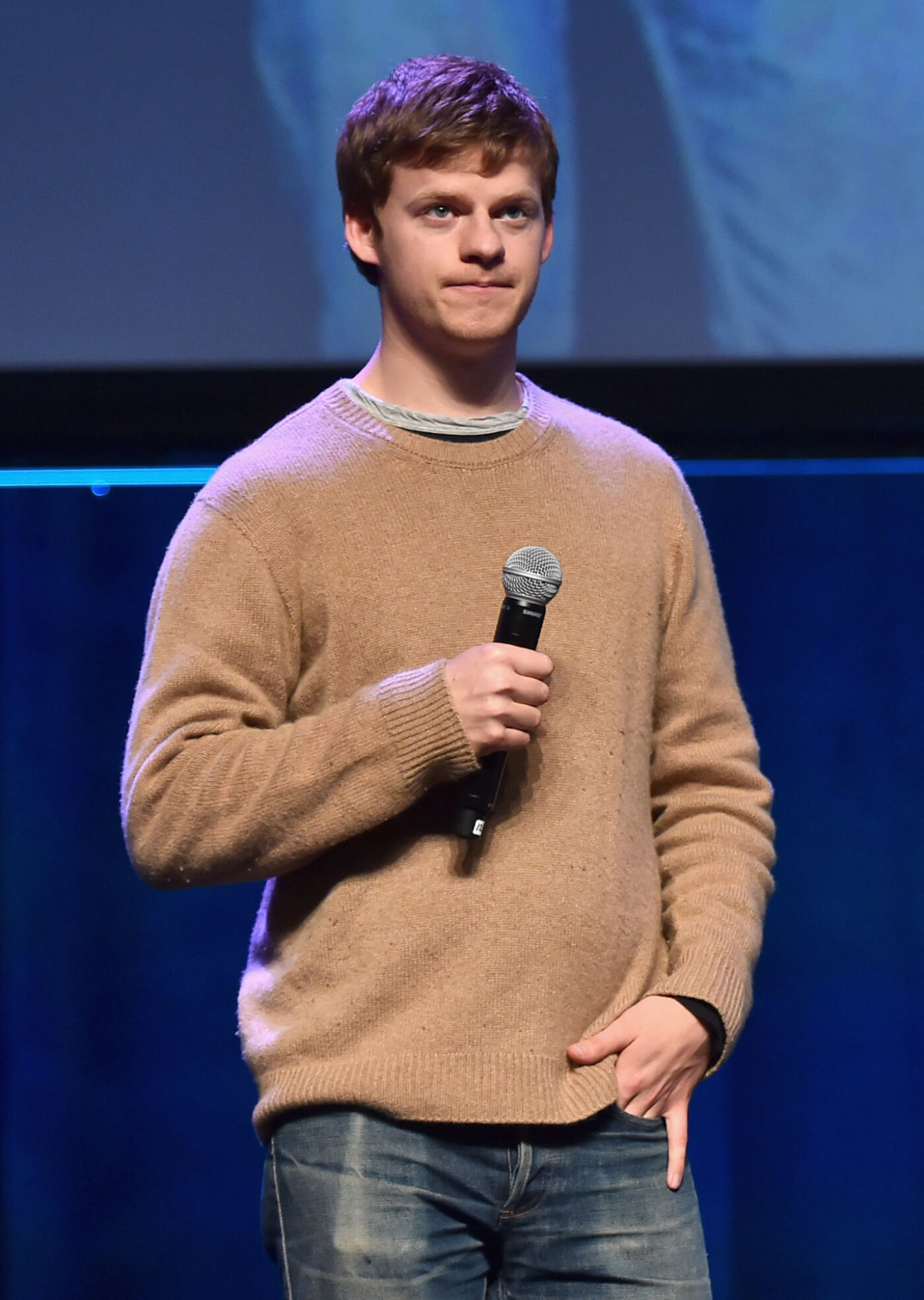 That didn’t exactly end when filming wrapped either. Hedges didn’t watch Boy Erased when the movie made its premieres at the Telluride and Toronto film festivals earlier this fall. He watched it in a theater, entirely alone.

“It’s much more comforting when there’s an audience there,” Hedges begins to tell me before catching himself in a lie. “That’s actually not even true,” he admits. “I was too afraid to watch it with an audience.”

Perhaps it’s that extreme self-awareness that makes Hedges such a fascinating young actor to watch. In Boy Erased he conveys layers of conflicted emotion through subtle movements and facial expressions where another actor would opt for explosive monologues. (Hedges has such minimal dialogue in the movie that in order to prepare, he watched a handful of silent films, per the advice of his filmmaker dad Peter Hedges.) In his tight-jawed, quietly suffering face, you can see Jared’s sexual and romantic desires at war with his Christian upbringing, his longing for inner peace in a constant battle with his desperation to appease his parents. Watching his introspective performance, it’s far from surprising that Hedges is no stranger to that internal voice of crushing self-doubt many of us grapple with.

So how does he feel now that it’s all over with? Relieved, thankfully. He says he feels his performance, along with Edgerton’s direction, successfully captures Conley’s experiences in the film – “for the most part,” he adds, modestly.

He also walked away from the film with a little more confidence to begin to make space for himself and his needs.

“There’s something I learned from playing a character who, I think in order to live his best life, had to risk everything,” he says. “It’s easier for me now to stand up for myself and do the little things that I’ve struggled with in the past to make my life more livable.”