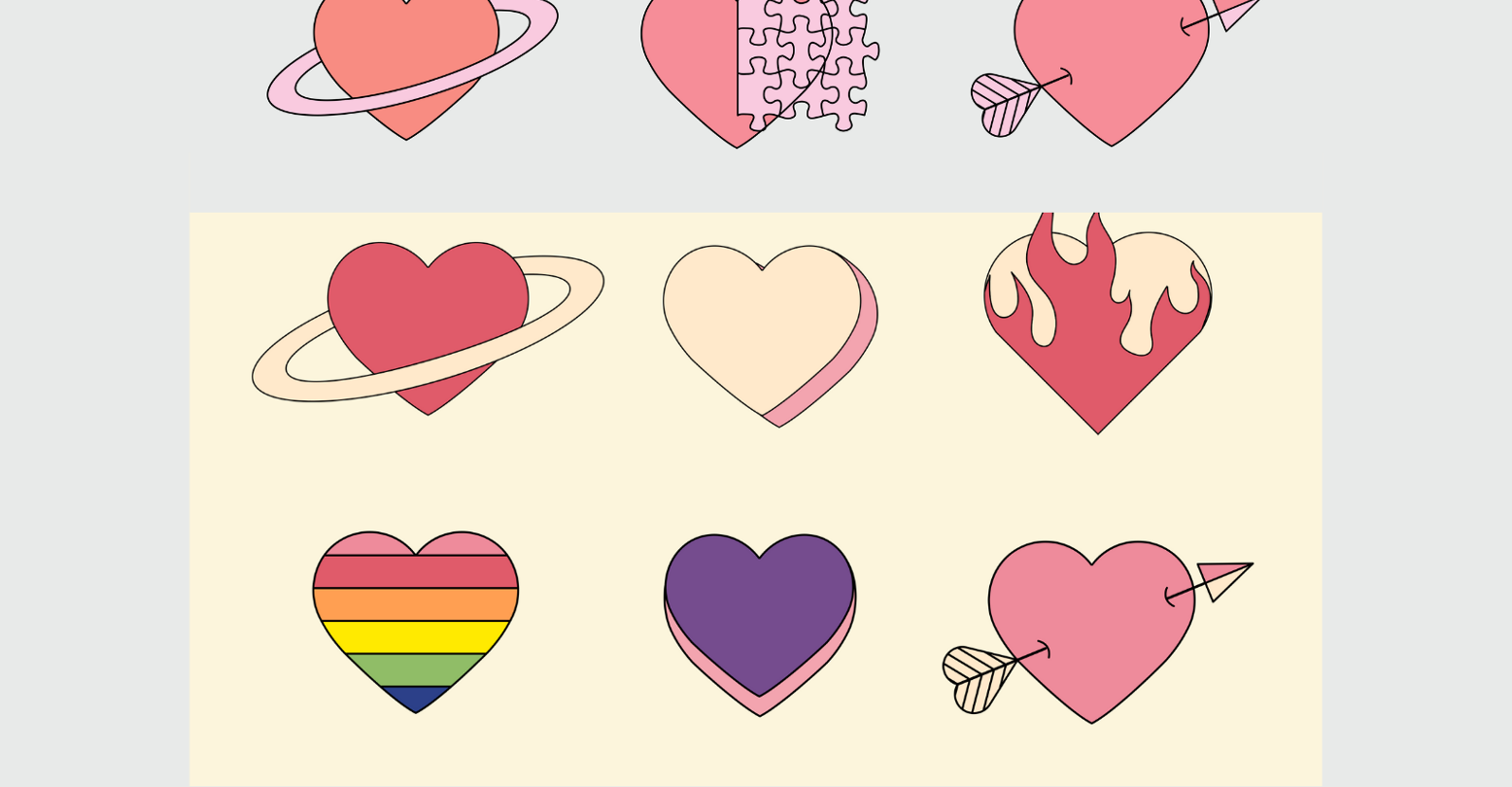 Almost three years into the pandemic and as much as we strive to create “normalcy”, the way we live has been forever changed, including how we establish relationships. ​​Queer couples already navigate challenges that straight couples don’t face, and when those relationships are also non-monogamous, it adds an extra layer of complexity into the mix.

Polyamory refers to having multiple consensual, loving relationships, whereas ethical non-monogamy (ENM) refers to a variety of consensual arrangements that could be defined as either romantic, intimate, and/or sexual, operating as an umbrella term. Both of these require a certain level of introspection, and the pandemic has complicated and deepened that introspection for many couples.

“Why do you want to do this? Why does it appeal to you? What is drawing you to [non-monogamy]?” says therapist, author, and educator Jessica Fern. “[In non-monogamy] there’s all these changes to our attachment. We never had to think about it, or we took it for granted, and now it’s in our face in a new way. So the challenge of navigating attachment styles with multiple partners, my own insecure attachment history, all of that, that’s a lot”.

Fern uses her practice to support individuals navigating non-monogamy. Her book, Polysecure: Attachment, Trauma, and Consensual Non-Monogamy, has joined the ranks of popular ENM books like The Ethical Slut to provide guidance to those who practice. These guides are increasing in popularity, as many unearth that society’s view of love may not fit with the relationships they desire.

The pandemic put into focus why connection is so important and many found new ways to experience it through ENM and polyamory.

“So obviously I’ve done the whole monogamy thing. Monogamy is great. I love monogamy. That’s what you love. That’s your business”, said Kori, a pop culture writer, “But at the same time, I feel like part of my queerness and part of understanding who I am as an individual was kind of like a natural step to me figuring out, well, do I want to be monogamous?”.

Additionally, those asking similar questions were witnessing relationships being wrecked by the pandemic. Stats showed that there was a 34% spike in divorce inquiries within the U.S. and twice as many breakups at the height of the pandemic. This can be immensely painful, and the same sentiment can be said for ENM breakups. Still, some relationships blossomed.

“Our relationship was one that grew throughout the pandemic”, said Juan, a student, podcast producer, and photographer, who spoke of how he and his husband started dating their partner. “We met about a year before the pandemic, just getting to know each other slowly. So, during the pandemic, we just really just got to know each other. And one day, it was my husband who was like ‘We are basically a throuple. We love each other. We are basically in an otherwise serious relationship. We’re just not calling it that’. We actually had a whole conversation about it and we’ve been together ever since”.

Ben, a writer and editor, had a similar experience. “[My husband and I] have been together for over eight years and we didn’t begin embarking on this ethically non-monogamous aspect of our relationship until a little over a year ago. It’s something that we had communicated about pretty extensively for years. But I think through those years of conversation, I sort of came around to the idea and I realized that it was something that I was interested in doing with him”.

“Polyamory for me is very much like my queerness. It’s not a choice for me.”

The pandemic put into focus why connection is so important and many found new ways to experience it through ENM and polyamory. Thankfully, places like Hacienda Villa are dedicated to creating a community where ENM connections flourish. Through educational programming, socials, and play parties, inhabitants of Hacienda Villa are able to be a part of a thriving, sex-positive community.

“Polyamory for me is very much like my queerness, it’s not a choice for me. Monogamy was a structure that wasn’t authentic to who I was. There was so much information about myself and my body and my pleasure that I just hadn’t learned yet. And [Hacienda Villa] was a place for me to acquire that knowledge”, says Fifi, who, along with her partner Bear, is a Co-Diversity Lead for Hacienda Villa. “Like, the idea [of polyamory], when practiced at its core, even if there’s a hierarchy, there’s this element of community building and abundance and rethinking the way that relationships go”, says Bear.

The two met at a Hacienda Villa play party and have continued to promote learning within the practice of ENM between themselves and within Hacienda Villa. When the racial reckoning of Summer 2020 occurred, Bear and Fifi took over diversity, equity, and inclusion work for Hacienda Villa to educate those around them in an effort to promote healthier ENM interactions and dismantle systemic the racism that shows up within dating.

But not everyone seeking to explore ENM is doing it the “old-fashioned way”. That’s why dating apps have provided a 21st-century step towards exploring new relationship structures. “Just join with an open mind”, states Ana Kirova, CEO of Feeld. Since 2014, the London-based app has been providing opportunities for LGBTQ+ and straight folks alike to explore their sexuality and partnership outside of monogamy.

Dating apps are nothing new, but with Feeld, connection is paired with education. Feeld has been providing trainings, blogs, and a developed glossary of terms all for their app users to learn more about ethical non-monogamy and LGBTQ+ issues. “We’re driving change, collaborating with the right artists, collaborating on different pieces for magazines here, accessing different communities that are open-minded and curious about these things, and providing them with the right information”, states Kirova.

Apps like Feeld, generate opportunities for ENM and polyamorous relationships to be seen, but what about their portrayal within the media? When it comes to positive portrayals of ENM and polyamorous relationships, they’ve typically been relegated to being portrayed as chaotic or unhealthy. Fortunately, shows, like Motherland: Fort Salem, Wheel of Time, Sense8, and She’s Gotta Have It have highlighted ENM and polyamory in ways that would’ve been unheard of just a few years back – even in trailblazing shows like Polyamory: Married and Dating.

It’s also on social media, something Kelly, an author and writer, notices: “I remember, not long ago, I saw three lesbians on TikTok and they were all married. I had my nose up at it first, but as I’m seeing how they make it work, I’m like, ‘You know what? They got it right’”.

But onscreen representation for ENM relationships isn’t just focused on dating: it has to also encompass the various identities that each person holds. The narrative on ENM and polyamory tends to focus on white relationships, which leaves a misconception that people of color don’t engage in ENM relationships or communities – a misconception that books like Love’s Not Color Blind tackle. Also, when the lack of on-screen representation matches ENM communities in real life, it continues to perpetuate systemic issues.

But hopefully proper education and representation are what will allow for ENM and polyamory to be seen as what they are: valid, loving approaches to dating, love and sex. With new representation in media, further lockdowns leaving people inspired to explore the parameters of their sexuality and relationships, and apps designed to foster all types of connections, it’s exciting to witness ENM and polyamory have their moment in the sun.♦