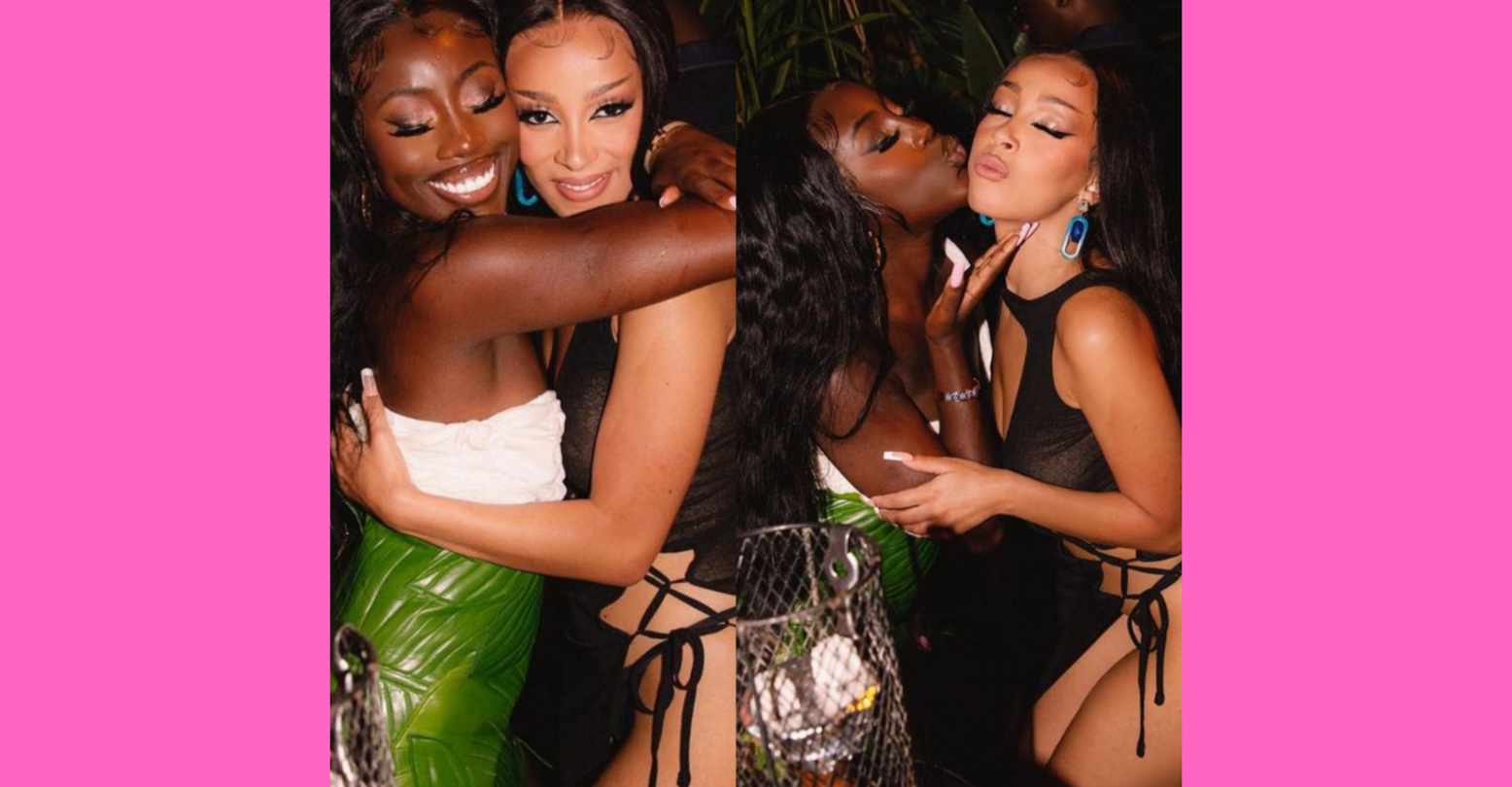 Let’s start out with some facts: “Planet Her” is a perfect album. It’s unskippable—every track is a perfect bop and every mood is a real one.

Now that that’s out of the way, let’s talk about Doja Cat herself. The “Planet Her” star was spotted getting cozy this Saturday at a party thrown by model and Drake ex Winnie Harlow.

Doja wasn’t the only bad bitch in attendance, of course. “ATM” singer Bree Runway was also there, and the two got real cozy real quick. Both Doja and Runway posted photos of each other to their socials after the event with affectionate captions.

In case videos of the two of them literally voguing on the dancefloor wasn’t cute enough, Runway posted a separate appreciation post on Twitter yesterday calling Doja her “hot date.”

Now you KNOW this had the girls talking. The commenters on all the posts want to know one thing and one thing only: are the girls dating, or is this a Billie Eilish situation?

I have a girlfriend and I’m going public @breerunway 😏 pic.twitter.com/fYvmew0TGW

It doesn’t actually matter either way, because we live for hot girls being hot and appreciating each other in public, whether for Sapphic purposes or not. But news of a Doja-Bree relationship would 100% be appreciated, even life-saving at this point. Since Ashley Benson and Cara Delevingne broke up last year, it’s felt a bit like love is dead. Because if you can be photographed dragging in a sex swing one minute and the next minute it’s curtains, what chance have any of us mere mortals got?

All that aside: whether the girls are dating or just hanging out, it’s super cute and we stan.

More as this situation develops…