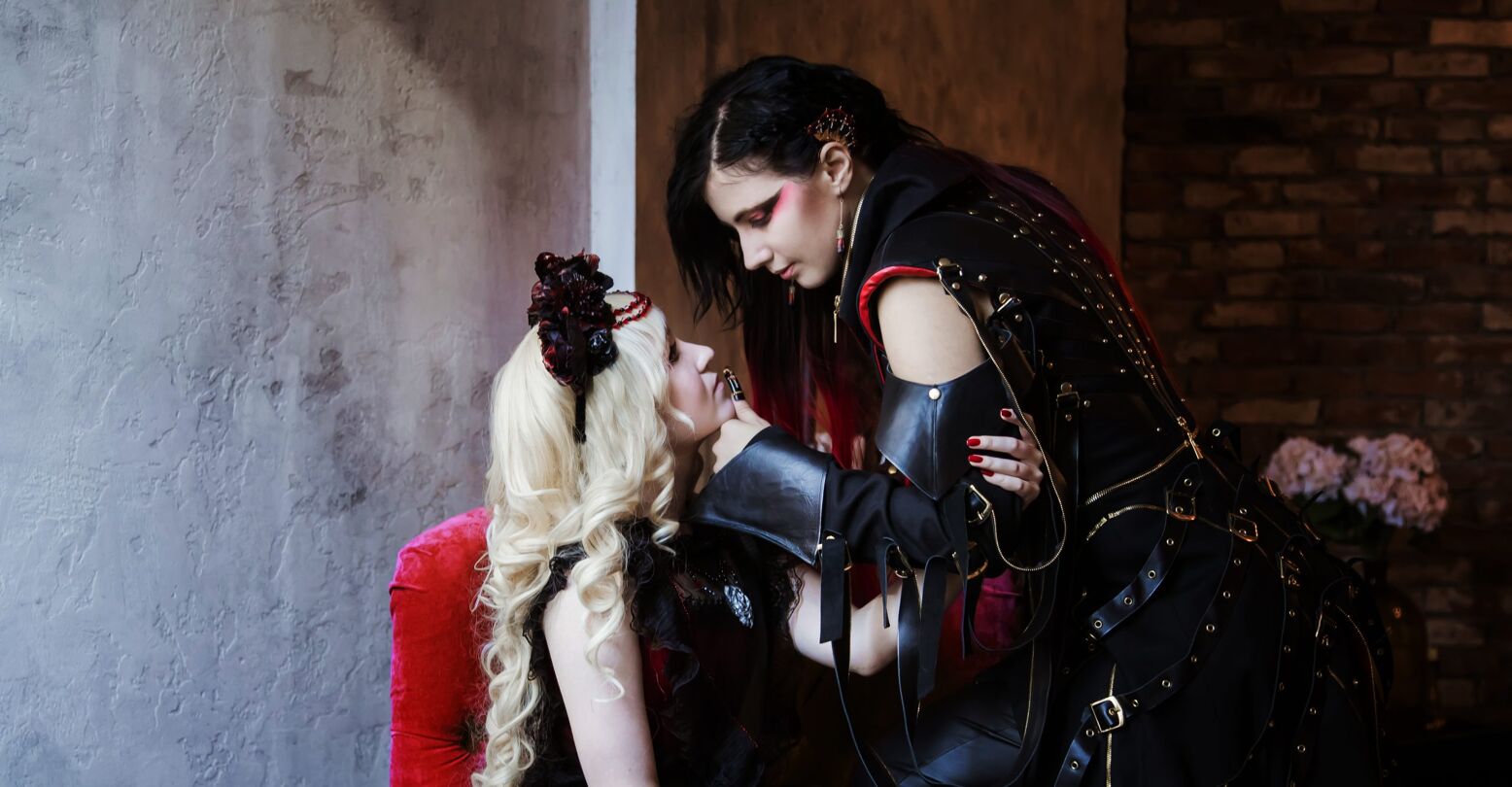 Halloween is the one night of the year that you can be whoever you want to be. But what happens when who you are affects who you can dress up as? Being queer on Halloween can be pretty spooky. Straight couples have many options, from Princess Peach and Mario to Beauty and the Beast, there are endless couple costumes to choose from. That isn’t always the case when you are a lesbian couple on the hunt for something unique to wear on Halloween.

2021 has brought a new revolution of queer creativity. Because of the new safe space that social media platforms such as Tik Tok have created, the LGBTQ+ community has found new and inventive ways of participating in what ordinarily has been heteronormative. Tik Toker Roan McLean recently made a video sharing clever new lesbian couple costumes to try out this Halloween. McLean is amongst many creators who have participated in the wlw (woman-loving-woman) couple costume trend. She shared ideas such as the Black and White swans from the movie “Black Swan” and Velma and Daphne from “Scooby-Doo.”

“While every fictional universe will have a ton heterosexual couples to pick from, very few have queer couples and even fewer have queer couples that don’t exhibit stereotypes. It’s really hard to find a relationship that looks like yours on screen. Most couples in the media will have a clear masc and femme and not every relationship looks like that. If you’re both femme, you pretty much have to resort to going as a BFF duo or generic Halloween costumes like fairies, angels and devils, etc” says McLean. It’s hard enough to find costumes that display women-loving-woman relationships, let alone when you add the layer of different lesbian relationship dynamics such as how femme or masc presenting you and your partner might be.

Femme-presenting lesbians who date other femme women often face the sad reality of being perceived as sexual or enticing by straight men. When picking out a costume there are things they must keep in mind such as cis men viewing them as “erotic” or “curious” instead of in love or just cute together. “I’m kinda torn about going as BFF duos from movies. In some ways, it feels like you’re erasing your queer identity. I already get ‘are you two sisters or BFFs?’ enough. On the other hand, I think it’s interesting to go as duos that could’ve been together. There are so many movies where I think, ‘they should’ve ended up together instead” McLean remarks. This Halloween, however, headcanon costumes were extremely common. The queer community loves a good enemies-to-lovers trope, and this year, this translated directly into the costumes that lesbian couples chose to wear.

“It’s been so creative. This year I’ve seen so many thoughtful analyses on queer representation in everything from Barbie movies to Jennifer’s Body. I think it’s especially interesting for couples to go as characters that are typically nemesis like Kim Possible and Shego (“Kim Possible”), Nina and Lily (Black Swan) or Jennifer and Needy (Jennifer’s Body).” McLean observes. It is evident that costumes such as the ones McLeans lists are becoming inside jokes within the queer space: Shego from “Kim Possible” and Elsa from “Frozen” are some of the many characters that have been rebirthed as queer-coded characters despite the actual depiction of them on screen not directly alluding to queer identity. These costumes were popular this year seemingly becoming a private joke known only to those within the community.

Winning at Halloween with my lady 😎 #wlw #incredibles #ednamode pic.twitter.com/x6Th8ewfuC

Although it is a struggle to find queer representation come Halloween time, it is not to say that the depiction of lesbian relationships on screen and in media hasn’t gotten better. Tik Tok and other social media platforms fueled by Gen Z are showing that being queer is cool and more recently, kind of trendy. “I want to see more fictional universes introduce LGBTQ+ characters. A popular choice for Halloween costumes is superheroes so I’m really happy that comics are heading in that direction.” Says McLean. Film companies and book publishers are beginning to understand that this generation is not afraid of who they are. In fact, it has become extremely taboo in most Gen Z spaces to reject self-expression and the idea of being yourself. A great example of this revolution is the fan favorite cartoon couple Marcelline and Princess Bubblegum from “Adventure Time.” This contrast-y dark and light couple represents what the queer community hopes all TV shows and movies start to incorporate within their productions. They have become a perfect symbol of lesbian love without people having to question if it is a best friend costume considering they are plainly represented as a woman-loving-woman relationship on screen. This of course was one of the hottest choices this year among lesbian couples.

Halloween is naturally a holiday for self-expression. A day in which you can choose to be perceived as someone completely different from yourself. This year this has heavily influenced queer creativity, giving lesbian couples a chance to openly express their dynamic and be understood as two people in love rather than a fantasy or an ideation. “[Halloween] for sure parallels our lives. For many years a lot of us pretended to be somebody we aren’t. It’s so interesting to see how my style and others evolved when we came out. That’s something I really love about Halloween—it’s like the one day a year where you can really be whoever you want to be and express yourself fully without judgment.” ♦