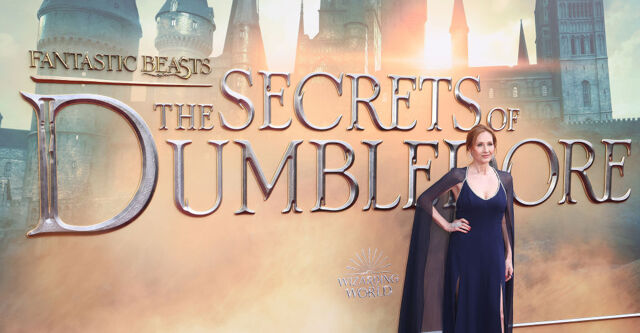 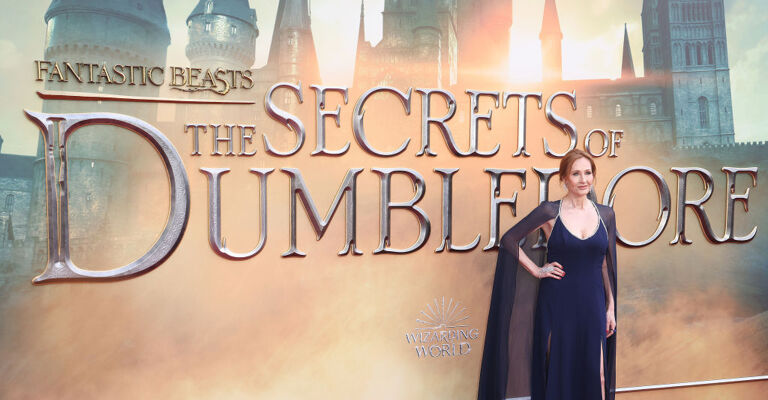 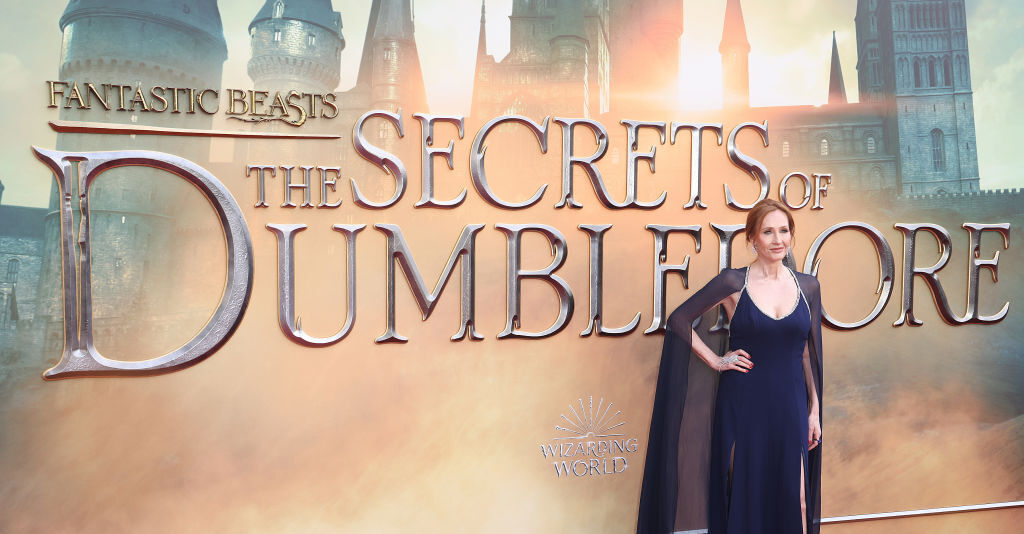 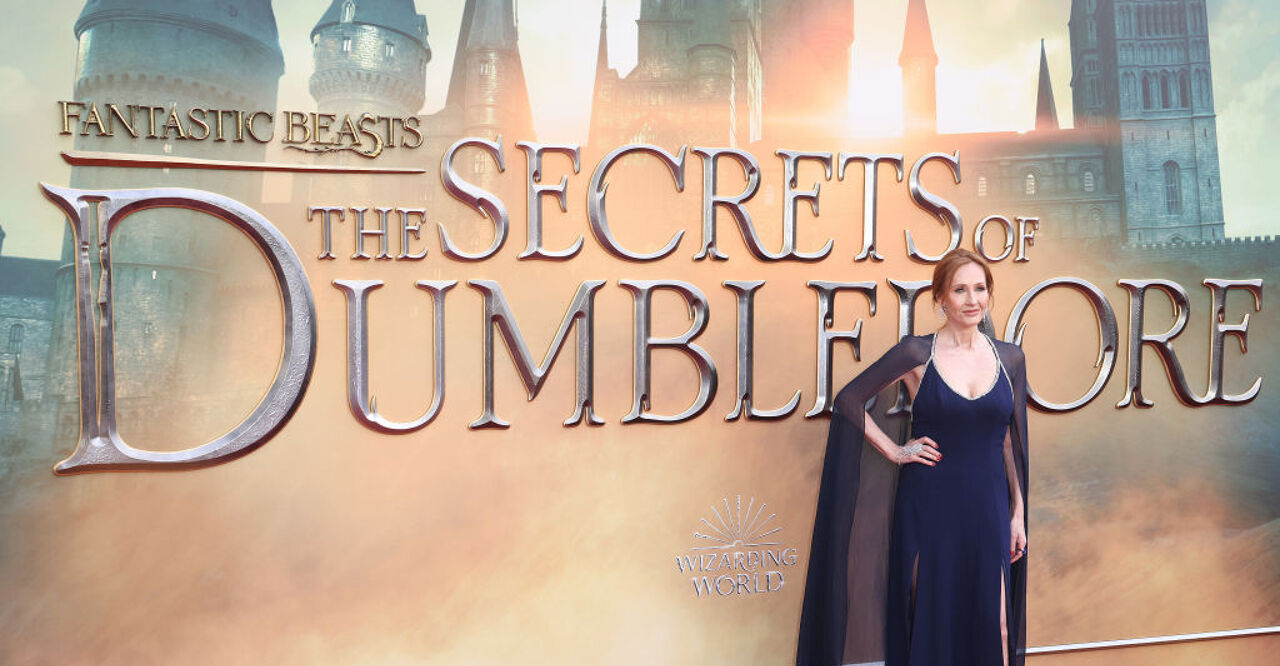 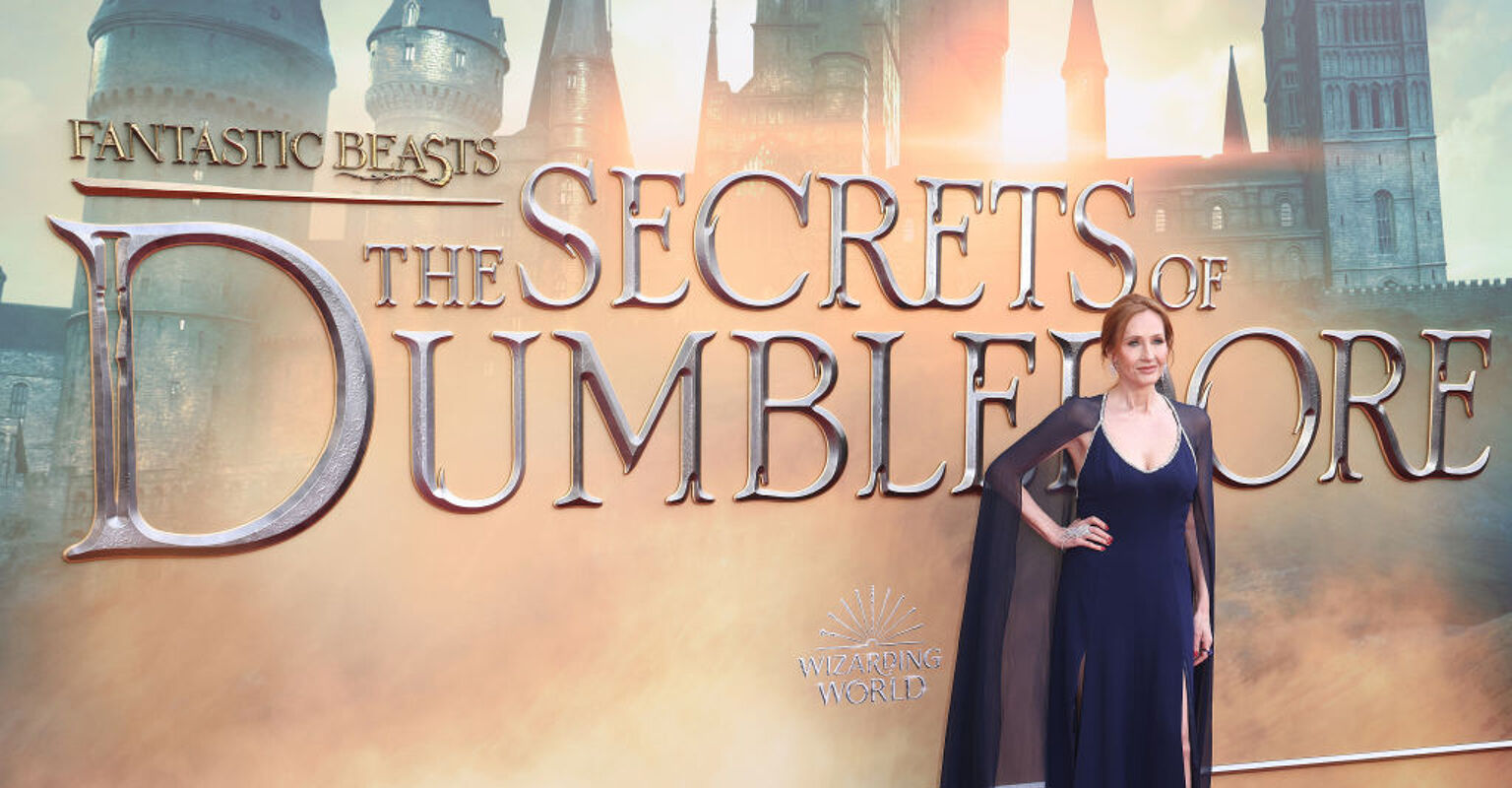 On the eve of the new Fantastic Beasts film coming out, JK Rowling has been casually, openly and deliberately hanging out with anti-trans individuals and organizations, and no one bats an eye.

On Sunday, April 10th, JK Rowling hosted a lunch at the River Café in London. All the attendees made sure to post pictures on social media and reported some of the conversations that were had, which is how we have enough information about the event to be baffled. The attendees – all cis women, some straight, some lesbian – identify as “gender-critical,” who proudly boast a kind of feminism that excludes many of its members. Yes, they are TERFs, but nowadays they call themselves “activists for women’s sex-based rights,” because to some, that may sound positive, but let’s call it what it really is: trans-exclusionary.

True that ❤️ We need you at the next one, @OnjaliRauf. https://t.co/O5ZiRQ7pdT

We all know of JK Rowling’s storied history of transphobia. She has spoken out harshly against transitioning and gender affirmation and is a loud supporter of “single-sex” spaces. Her gender-critical sisters who attended her lunch are even more vocal about the issue, as they’ve all unapologetically expressed.

One of the lunch-goers, columnist Julie Bindel, is the author of a book called “Feminism For Women”; just the other day she wrote an op-ed titled “Beware of trans affirmation therapy.” Her colleague Suzanne Moore, author of the Telegraph article that gave us so much information on this “feminist” lunch, states that she believes “in the primacy of biological reality” and seeks to “defend it against erasure.”

Another attendee was Kathleen Stock, a former Philosophy professor who quit her job at the University of Sussex following transphobia accusations. This week, she wrote an article on “Five Rules For Dealing With Transactivists.” She is also the author of Material Girls, where she explains her belief in the importance and inflexibility of biological sex. Similarly, Helen Joyce wrote a book titled Trans: When Ideology Meets Reality, whose blurb reads “Biological sex is no longer accepted as a basic fact of life. It is forbidden to admit that female people sometimes need protection and privacy from male ones.”

Member of Parliament Rosie Duffield, who has been repeatedly accused of transphobia, was also with the group. She has called trans women “male-bodied people” in a BBC Politics segment a few months ago. As was Maya Forstater, co-founder of Sex Matters, an organization “to promote clarity about sex in public policy, law and culture (…) to re-establish that sex matters in rules, laws, policies, language and culture.”

JK Rowling posted a picture from the lunch showing her love for another lunch-goer, Lianne Timmermann. She is veteran campaigner of Get The L Out and was wearing a “LESBIAN NOT QUEER” shirt. Get The L Out is an organization that wants to fight the erasure of lesbianism brought about by the juxtaposition of “GBT” and use of the word “queer” as well as all the other letters included in the acronym. Their website’s very homepage states “We stand against (…) queer politics and transgenderism.”

This one baffled me most of all. It’s not enough to deal with transphobia – it has to come from within the LGBTQIA+ community too. It’s unacceptable that these statements all come not from massive homophobes, but from people who understand gender theory, who use these arguments to pander cis women in the hypocrisy of fake feminism. These lesbian writers and scholars raise issues against trans people to “protect” cis women, as if trans women and men represent the issue. They wish to erase the very terminology of nonbinary and genderqueer identities because they feel threatened by them.

This is what having a platform as massive as JKR does. Words and actions carry meanings, and they have widespread consequences.

Just yesterday I had a Twitter exchange with an acolyte of this rhetoric who lamented my use of the word “queer” and called me “a misogynist and a lesbophobe” because, according to her, I was erasing lesbians and women in general by utilizing an umbrella term to describe myself. Upon closer inspection, this user’s bio read “LGB, not alphabet soup” and the hashtag “#LGBdroptheT” and this lesbian woman was openly and deliberately transphobic.

If you call two lines representation, I beg you to raise your standards.

I’m sure a number of people with this belief existed way before, but many are feeling emboldened by the amplified voice of JK Rowling and the spotlight she has given her gender-critical fellows. Many now feel validated in spreading hate, misinformation and prejudice about trans and non-binary people. This is what having a platform as massive as JKR does. Words and actions carry meanings, and they have widespread consequences.

Women across the UK are planning a sort of nationwide event called #JKLadiesLunch on May 1, Beltane, a day associated with fertility, to celebrate the #RespectMySex movement and to lowkey protest the notion that trans women are women.

Now, I’m sure that many of these people simply don’t know better. Many of them have never met a trans person. Many protest trans rights only because a successful woman they admire and a supposed feminist is telling them they should. But some of these people may commit crimes against trans people because of the narrative they have been fed.

All of this is happening on the eve of the release of JK Rowling’s newest blockbuster installment. I hope none of you are planning to watch it through paid channels (or frankly, at all), because it would mean supporting a person who doesn’t believe trans people should have access to healthcare. Regardless of how uninvolved she may seem with the film at this stage, remember that she wrote the screenplay and executive produced… and even if she hadn’t, she’d be earning royalties as the creator of the original source material.

Many of us grew up with Harry Potter and are attached to its world, but it’s important to cut ties with its author and take a stand. If your excuse to go see this film is that Dumbledore may finally be canonically gay, let me break it to you: China censored all hints of Dumbledore’s homosexuality in the film. In that country, Secrets of Dumbledore is six seconds shorter than its original version. If you call two lines representation, I beg you to raise your standards. Boycott Fantastic Beasts – the franchise isn’t doing too well anyway, and it’s partly thanks to us – and boycott Rowling. You can still enjoy Harry Potter through transformative works and fan-curated content without supporting a transphobe. You can boycott JKR and stand with the LGBTQIA+ community.♦