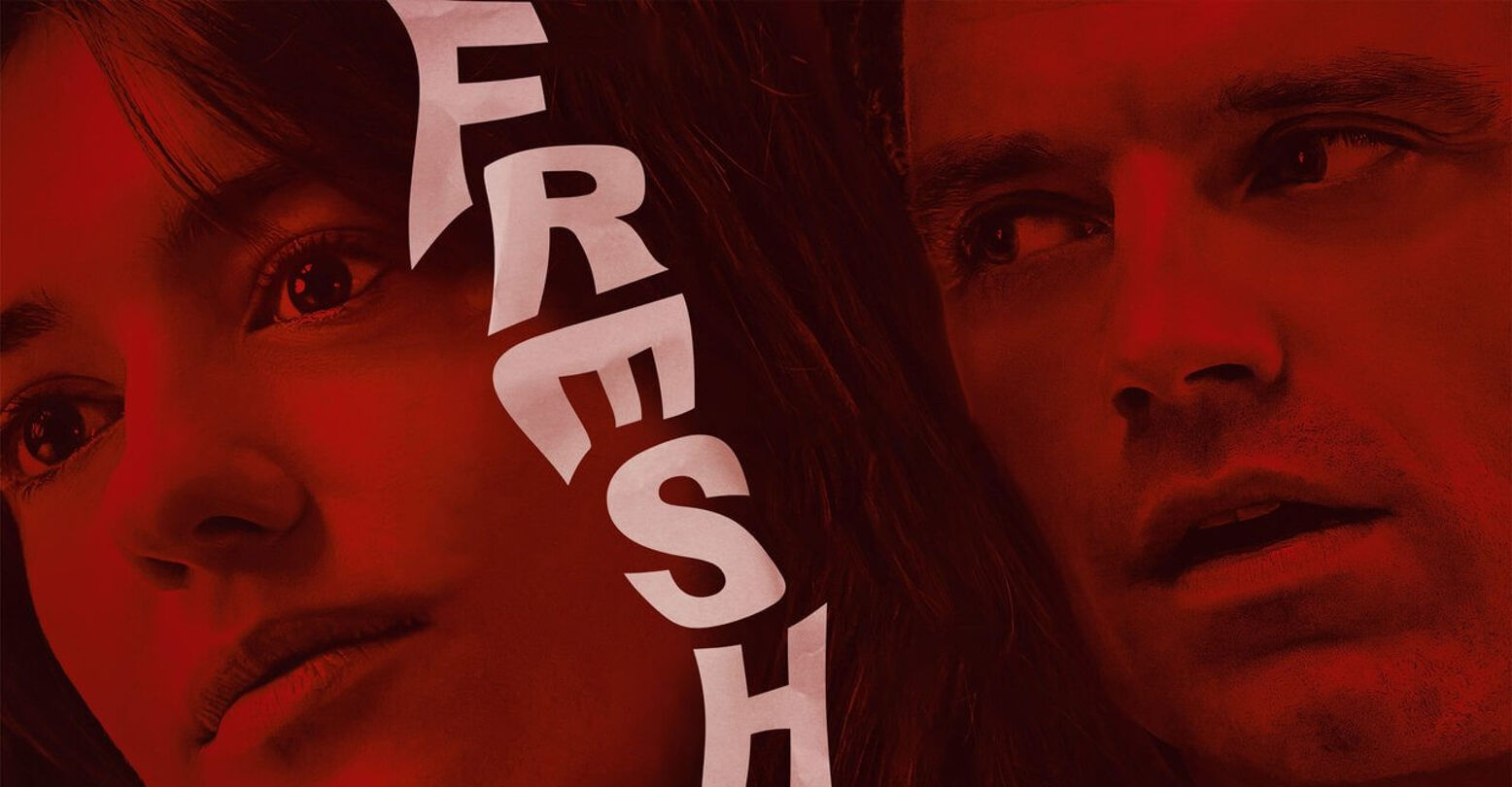 Spoilers for Fresh below.

First dates are risky. Before the event can even begin, the ambiance, food, and dinner conversation are already suspect. On the off chance that every single little thing goes wrong, we can always try again for another first date elsewhere. Unless, of course, you’re meeting with the handsome butcher of humans from director Mimi Cave’s directorial debut Fresh; in which case, it’s a one-date-and-done kind of deal.

A carefully crafted screenplay by Lauren Kahn momentarily aligns Fresh with the sensibilities of a modern romantic comedy. When the film opens, Daisy Edgar-Jones (“Normal People”, Cold Feet) is the purposely-familiar Noa: a love interest wholly uninterested in dating. Sebastian Stan appears across the table as her perfectly-crafted counterpart Steve. In a modern dating landscape that often lacks common courtesy to say nothing of chivalry, Steve is seemingly the only man capable of sweeping Noa off her feet – and he does.

With one question, Fresh begins its metamorphosis from rom-com into gut-wrenching thriller.

In no more than a few short scenes, Noa and Steve’s whirlwind romance is set into motion. After two dates and some dancing to Blood Orange’s “You’re Not Good Enough,” Steve makes the final move to truly whisk Noa off her feet – “we should go away somewhere,” he says. With one sentence, Fresh begins its metamorphosis from rom-com into gut-wrenching thriller.

Despite a flicker of hesitation, Noa accepts Steve’s invitation for a surprise weekend away. Her reluctance —however brief—is noticeable enough to twist the audience’s stomach, the knowing knots of which are only wound tighter each time Noa ignores her instincts for Steve’s overly-adamant advances. As Noa’s best friend Mollie (Jonica T. Gibbs) so perfectly puts it, the poor girl is clearly “dickmatized” by Steve.

Red flag after red flag appears as Noa fails to heed the voices of reason around her. Mollie in particular persists as the logical antithesis to Steve and Noa’s seemingly-fairytale relationship. The moment things seem too good to be true, Mollie calls Steve’s actions out as such, noting his complete lack of social media and suspicious affinity for surprises as potential signs of something sinister.

In a cinematic world where the female body is quite literally a commodity to be bought, sold, and eaten, Noa’s fate is in the hands of the highest bidder.

The fact of the matter is, if Mollie were the main character, Steve would’ve certainly had to try much harder: as a queer Black woman in America, Mollie is much more attuned to being targeted. At one point, Mollie goes as far as to say that Steve’s out-of-pocket efforts for a surprise getaway are, “a straight girl’s fantasy come true.” And yet, even with Mollie’s insight on self-preservation, Noa’s willing freefall only comes to an end when she hits the cold hard ground.

In a cinematic world where the female body is quite literally a commodity to be bought, sold, and eaten, Noa’s fate may just land in the hands of the highest bidder. Like a Brother’s Grimm fairytale, Fresh is truly frightening with the way it speaks to the state of life and dating as a woman in modern society.

While watching Mimi Cave’s debut, it’s easy to believe that you yourself could never be found in such a situation. At the same time, the terrifying plot would translate just as well in a news segment as it does on the big screen. It feels like the most frightening part of Fresh is its confidence; you needn’t wonder if the plot of the film could truly happen. It can and it does, and it has. The only thing left uncertain is whether or not it could happen to you – and if not to you, then who?♦