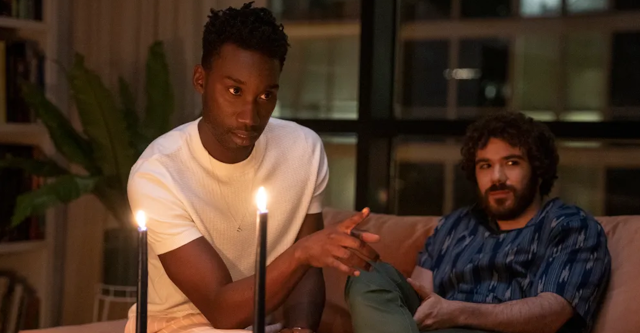 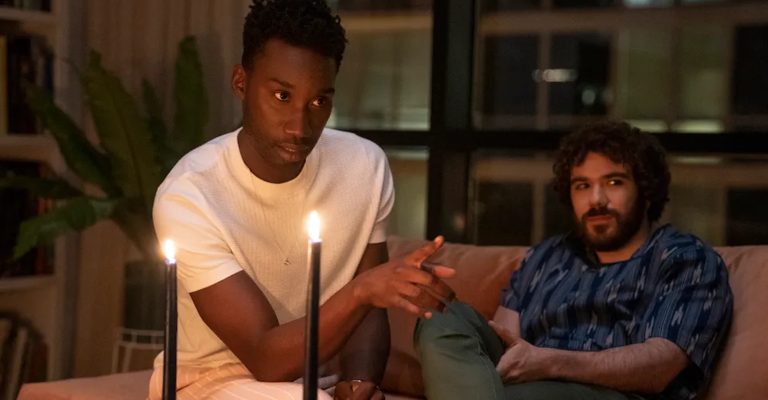 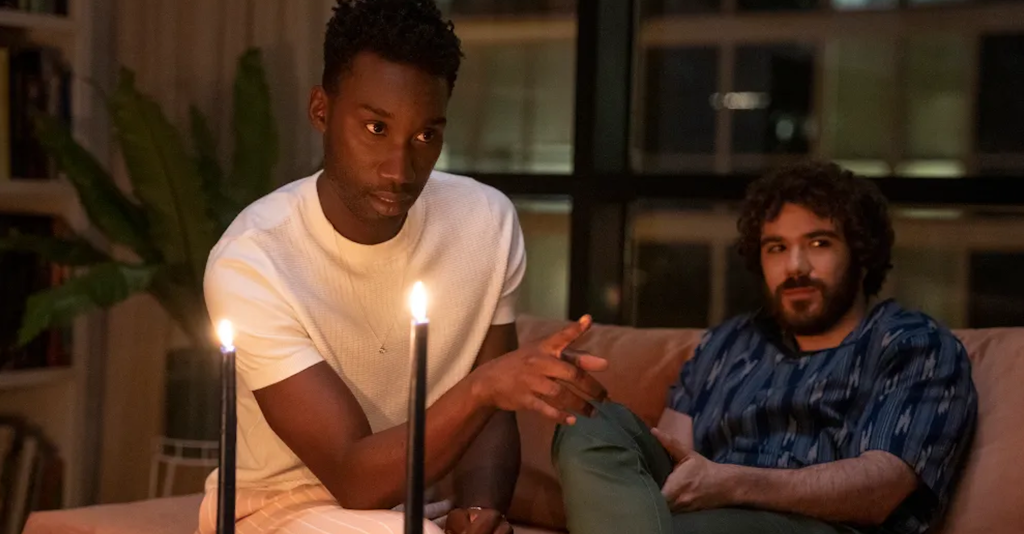 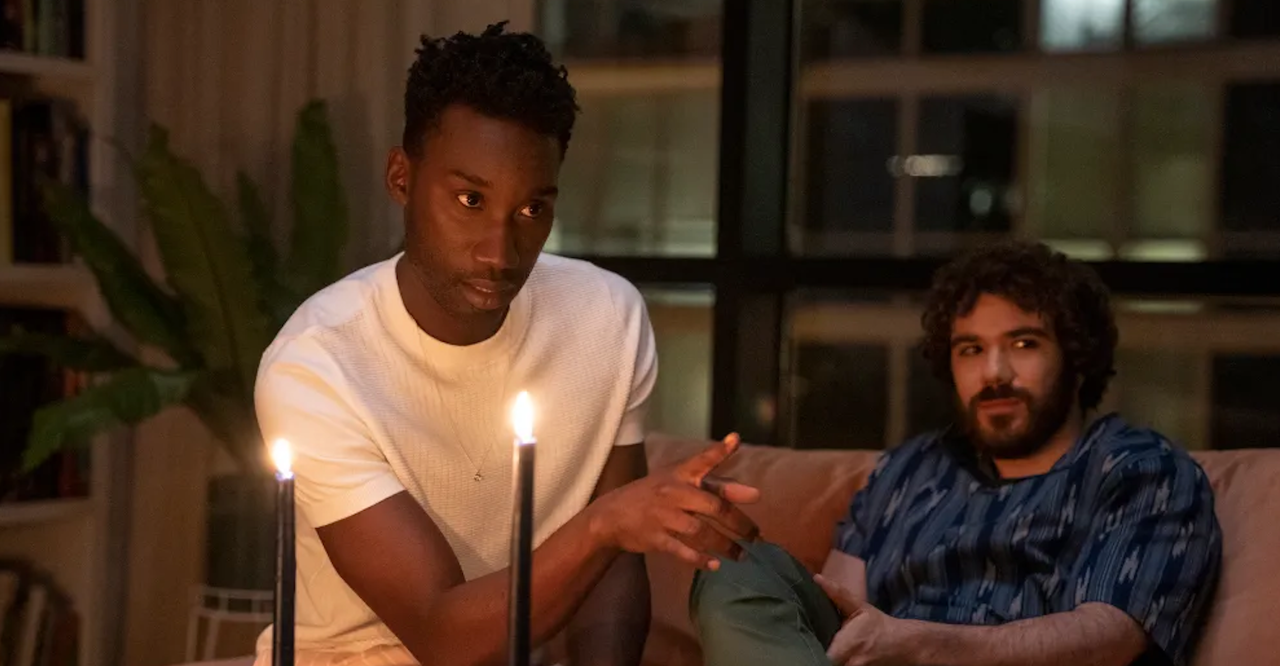 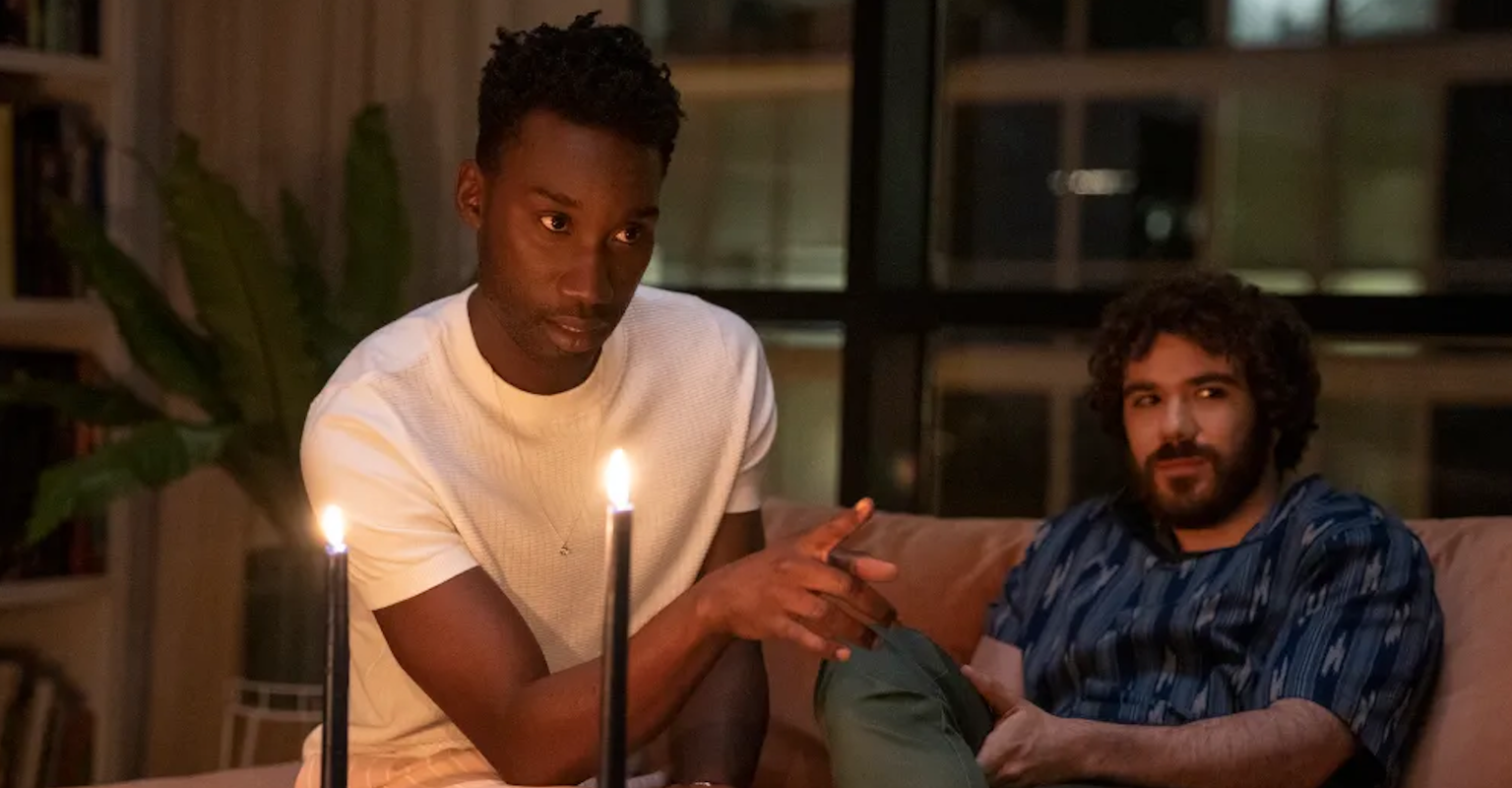 *Lite spoilers for Candyman below*

Last week, Nia DaCosta’s Candyman went boffo at the box office, bringing in $22.37 million in its first three days in theaters. The “spiritual sequel” to the 1992 Bernard Rose thriller of the same name has garnered praise for its inventive visuals and high-concept thrills.

But everything else? Not so much. Candyman is a confused and confusing film that ultimately fails to let audiences in on what it’s actually about. As Vulture’s Angelica Jade Bastién points out brilliantly in her review, the movie is made, seemingly, with a white audience in mind, and prioritizes style over substance, culminating in a messy, confusing standoff that leaves everyone wondering, “wait, what the hell IS the Candyman, anyway?”

But enough about that: let’s talk about the gays.

In Candyman, Nathan Stewart-Jarrett and Kyle Kaminsky play Troy and Brady. Troy is the brother of Teyonah Parris’s Brianna, an art dealer whose father committed suicide while she and Troy were still kids. The film doesn’t go into this deeply, except to imply that Brianna’s father’s death is somehow at play as she rises in the art world. Which is…yeah I don’t think that’s how the art world works? But sure.

In almost every horror movie. there’s at least one character with their head firmly on straight. In Jordan Peele’s Get Out, it’s Lil Rey Howery’s Rod, who warns his friend to not go into the woods to visit a bunch of white people. Here, Troy is very clearly that character. He’s also the one who brings up the candyman legend in the first place, apropos of literally nothing. “Want to hear a scary story?” He asks, upon which Brianna firmly says “no!” and Troy continues anyway, hence kickstarting the entire plot. And when Brianna is upset over her boyfriend’s transformation into/obsession with the Candyman himself, Troy is the one who’s like “listen, if Brady over here started smashing mirrors, it would be donezo.” And yet, Troy, you thought it prudent to tell a horror story at a party for no goddamn reason? Come on.

Troy occupies an interesting place in this movie, echoing the familiar role queer characters often play in this genre. We’re seen as heralders of the truth, keepers of tales, and first victims. Although Troy is one of the few characters to make it out alive, his queer teen counterpart, a young nonbinary character we only meet for a second, isn’t so lucky.

While Candyman‘s third queer character basically only comes onscreen to say “hey, I’m gay!” they make an impression anyway. When a high schooler tells her friends about the candyman legend, they all want to try it, and try it they do. “Don’t be a pussy,” someone says. The queer nonbinary character, whose head is buzzed and who uses a vape, rejoiners with “but a pussy is a wet and wonderful thing!”

But after saying the dreaded words into the mirror, the nonbinary teen is the first to go. Which, to be honest, made me feel a way. Really? We’re going through the trouble of showing a nonbinary high schooler only to see them murdered? I mean, fine, I guess. But the fact that the film’s queer characters seem to lean into the homophobic conventions of the genre rather than subject them is troubling. My bike-short wearing, Ani DiFranco-listening fake really had to get brutally murdered all over a VAPE? Come on.

Sure, Troy and Brady seem to have a cute thing going, but with the limp-wristing and buzzcut murders (reminiscent of Fear Street’s actually thoughtful arc regarding a gender-nonconforming character) I’m not seeing it for the gays in this movie.