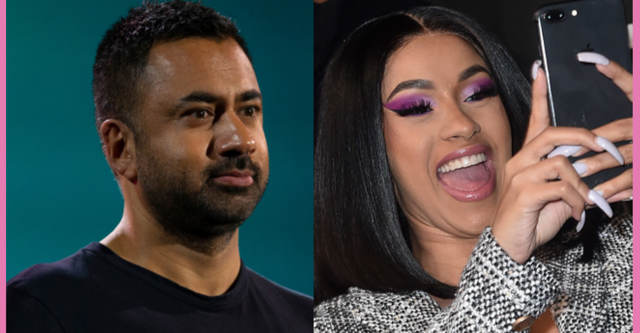 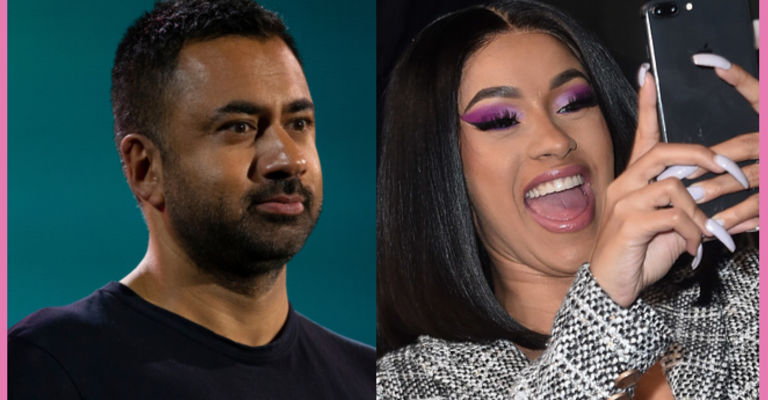 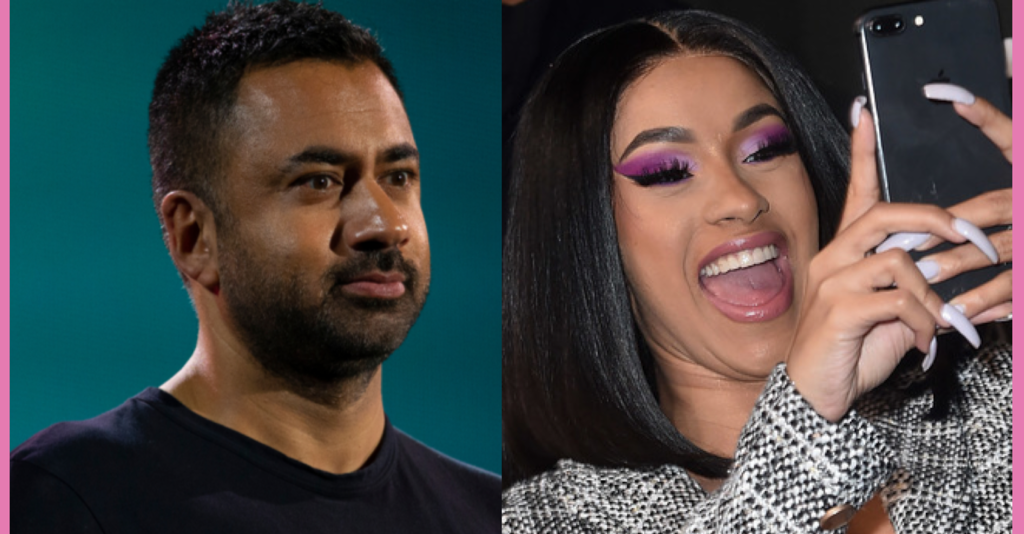 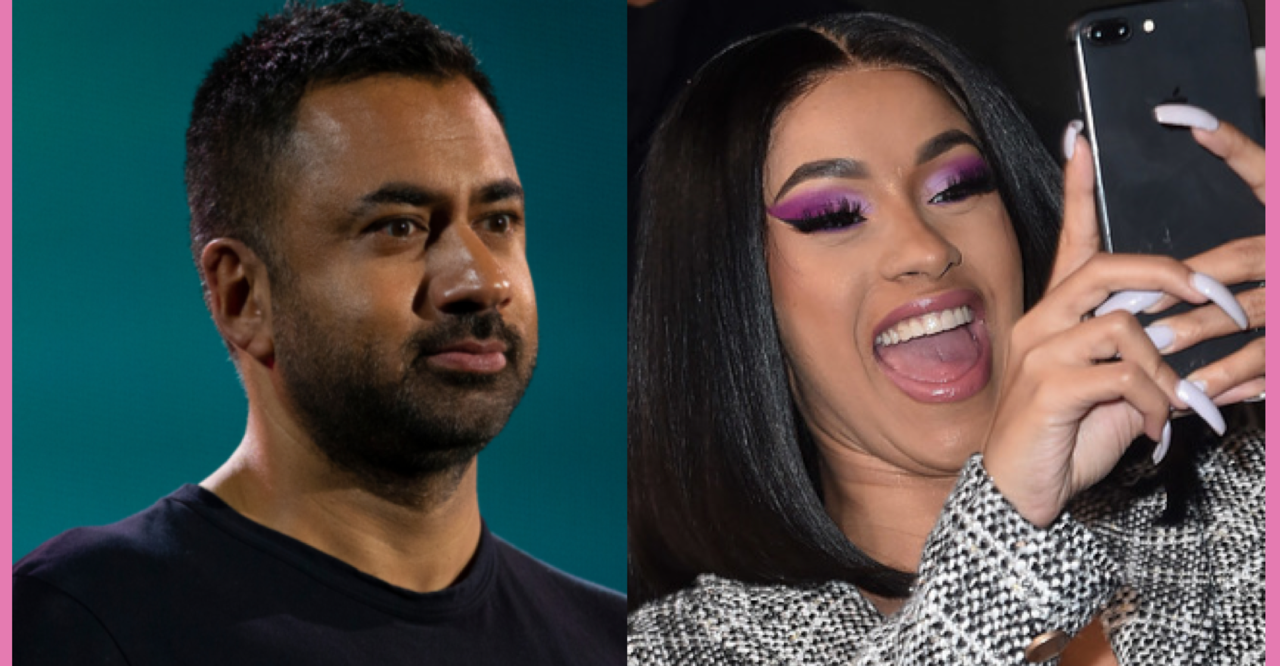 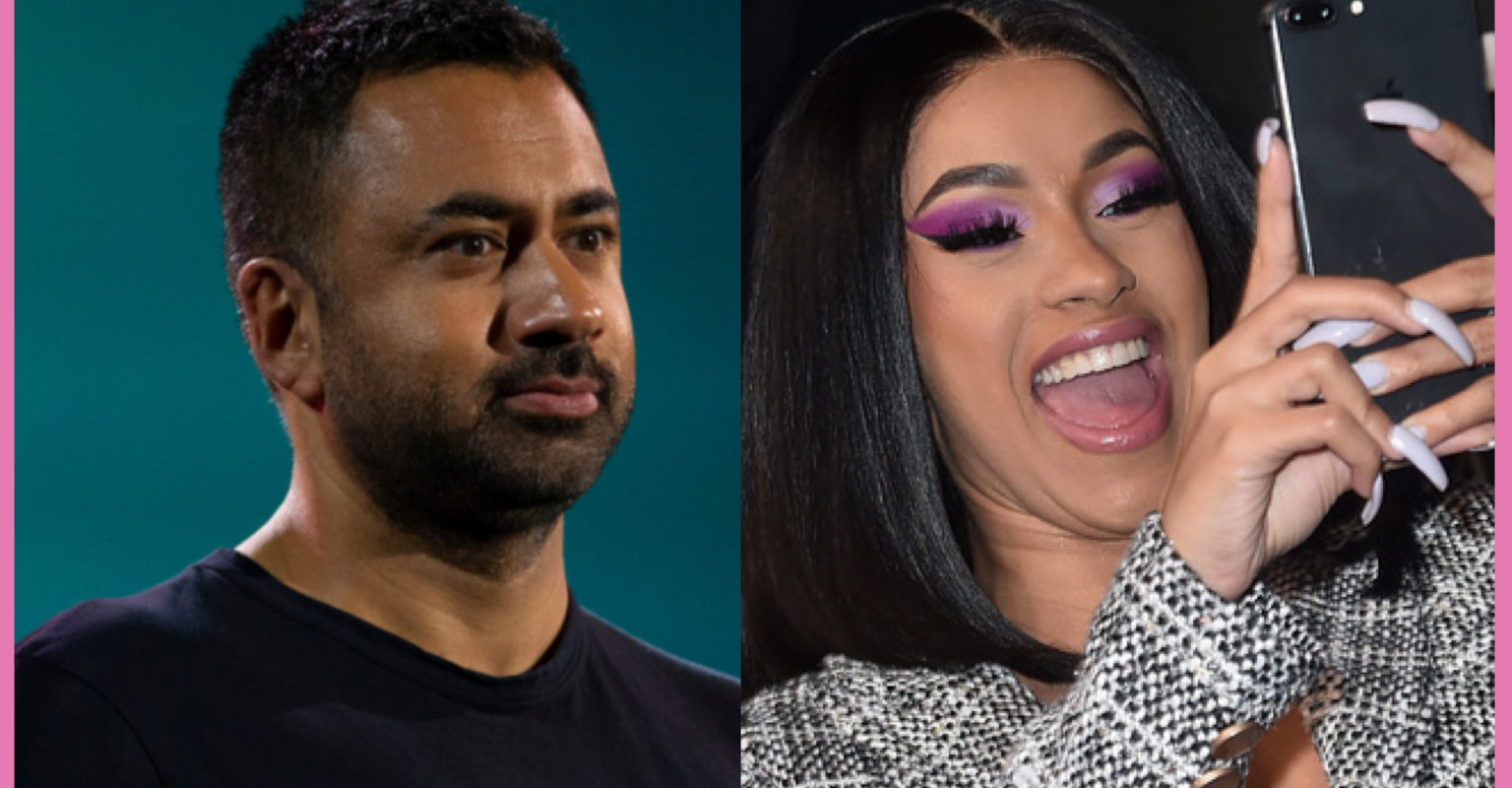 If you somehow were under a rock for the last week, you may have missed that Harold & Kumar star (and also one time White House official) Kal Penn publicly came out this week, revealing he’s been dating a man named Josh who he’s now engaged to as his new book, You Can’t Be Serious, was set to be released.

Now the book is out and Penn is already deep in the swing of his book tour, but he managed to be the one having a fangirl moment after a flight to Los Angeles.

“Cardi B was on my flight to LA,” he tweeted yesterday. “I fell asleep and had a dream that she officiated our wedding on the plane and the three of us walked out of LAX holding hands.”

I mean, who hasn’t dreamed about holding hands with Cardi B and Kal Penn at once, after their wedding?

Cardi B was on my flight to LA. I fell asleep and had a dream that she officiated our wedding on the plane and the three of us walked out of LAX holding hands.

Unlike everyone else that would share that dream, though, the bisexual rapper was not only quick to respond to Kal’s tweet, but she also sounded like she got excited about the missed encounter, too.

If you haven’t been paying attention to Cardi’s latest work or to Meta-Facebook’s new content, you may have missed that Cardi has had a new show on the Meta-Facebook Messenger app called Cardi Tries.

In the show’s latest episode, Cardi tries officiating a lesbian couple’s wedding, with the assistance of also recently-married-queer woman Raven-Symoné. So she’s not kidding when she’s says she’s licensed now.

First, why didn’t you say hi! Second, I’m licensed to do that sooo……..let me know. https://t.co/NTGvVdacFY

Kal responded explaining why he didn’t say anything to her on the flight, and then said in regards to her officiating, “holy shit let’s do it! We’re down if you’re down!”

You’re the best. Was gonna say hi but didn’t want to be disrespectful (your do not disturb light was on). But holy shit let’s do it! We’re down if you’re down!

Cardi responded back, “I’m down,” before adding, “I’ll get my suit.”

I’m down I’ll get my suit https://t.co/MUpALOsLVQ

We couldn’t imagine a more perfect wedding ceremony. Before he became known for working in the Obama administration and then on serious drama shows such as House and Designated Survivor, Kal Penn was the face of everything conservative, anti-vulgarity, “family values” crowd hated when he played the popular, “no fucks given” stoner Kumar Patel. He was essentially the equivalent of Cardi B in the 2000s.

Sure, he’s probably not as profane as his characters were back then, but what better person is there to have as your officiant than someone else who will keep your haters just as mad? Especially when the officiant will be just as gay as you. It’s every anti-gay, family values advocate’s wet worst nightmare. I’m sure the Catholic Church and fringe Republicans will be shaking and sobbing as we speak.

Now that we think about it, this would make for a great Harold & Kumar sequel. We’d love for John Cho would be on board, but Cardi & Kumar Have a Gay Wedding sounds hilarious enough for us. Maybe Neil Patrick Harris could come back and reprise his role as Neil Patrick Harris too, and triple the gay power in the franchise. (Warner Bros., call us!)

Now, we’ll kindly wait for our invitation, which we’ll surely get as soon as the date is set in stone. If you have any wedding gift ideas or gay bachelor party vendors or venues, let us know, we’re not the best at figuring this stuff out.