If the story about the baker who wouldn’t make a gay wedding cake sounds like old news, that’s because it is.

But the case that started as a test over anti-discrimination law during uncertain times for marriage equality in the U.S. now has far-reaching consequences for LGBTQ people as the Supreme Court weighed the issue Tuesday.

At stake is whether businesses can use religion to turn away LGBTQ customers.

“It seems to me that the state in its position here has been neither tolerant nor respectful of Mr. Phillips’ religious beliefs,” he said in a statement.

Still Kennedy, who ruled in favor of equal marriage in 2015, noted that if Phillips wins, other bakers might post signs reading, “We do not bake cakes for gay weddings.” 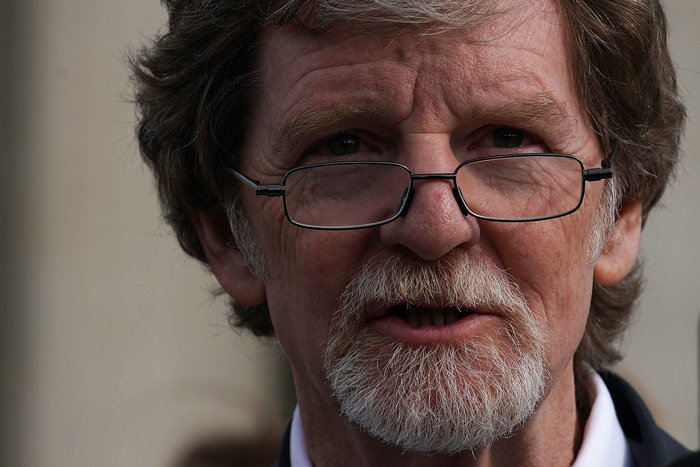 The case dates back to 2012 when Craig and Mullins approached Phillips, owner of Masterpiece Cake Shop, about making a cake for their wedding celebration. Phillips declined, citing his Christian faith.

Craig and Mullins filed a complaint with the Colorado Civil Rights Commission and won. The Colorado Court of Appeals upheld that decision.

Mullins and Craig are not alone. A spate of cases against other wedding vendors refusing to serve LGBTQ clients have cropped up in recent years across the country, playing out in lower courts.

The Trump administration has thrown its weight behind the Baker, filing a friend-of-the-court brief in September.

The case has hinged on whether or not Phillips’ cakes constitute art that should be protected as free speech.

LGBTQ advocates worry that allowing Phillips to turn away potential clients like Craig and Mullins would open the floodgates for other businesses turning away protected groups under the cover of faith.

“Think about what that would be like to walk into a hairdresser or a tailor shop or a florist or a bakery and be told we don’t serve your kind here,” says Sasha Buchert, Staff Attorney at Lambda Legal. “It harkens back to our worst moments in history when we denied service to African Americans.”

Roberta Kaplan, the attorney who overturned the Defense of Marriage Act, said that a win for Baker would send the country back in time.

“The Masterpiece Cakeshop case is not about either religious liberty or free speechit is about whether a business can treat certain groups of Americans as second-class citizens,” Kaplan said in a statement to INTO. “…A bakery is not exercising its right to free speech when it agrees to sell a cake to one set of customers, but refuses to sell the same cake to others.” 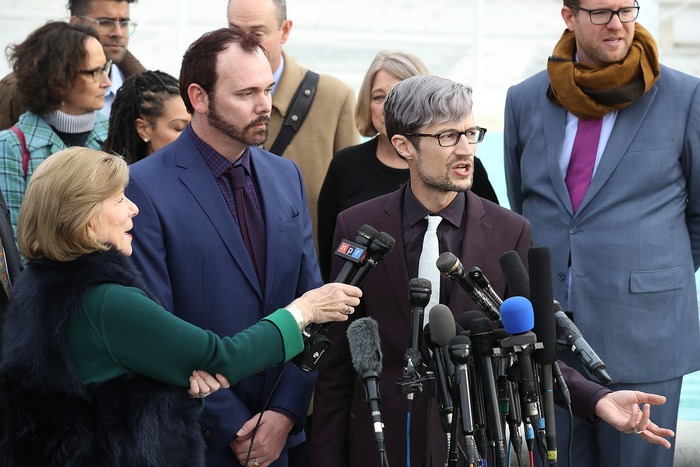 Phillips argues that as a “cake artist,” he cannot be compelled to make custom cakes for same-sex weddings.

Phillips did not respond to a request to comment through his attorneys at the Alliance Defending Freedom. But the ADF writes in a statement that, “Creative professionals should be free to create expression consistent with their faith and conscience without fear of government punishment.”

But justices appeared more concerned with whether the baker’s reasons for refusal, noting that if he had refused due to the message the on the cake might not be discrimination. On the hand, if Phillips refused solely on the basis of the identity of the clients, he may have violated the law.

Mullins and Craig note that the case extends beyond them just them.

“Through this whole process we have heard so many stories of people who have been discriminated against,” Craig says.

“Should the Supreme Court find against us, the consequences could be far reaching and not just for the LGBT community,” Mullins says. “A loss at the Supreme Court could open the door to many forms of discrimination.”

A decision is expected by summer.