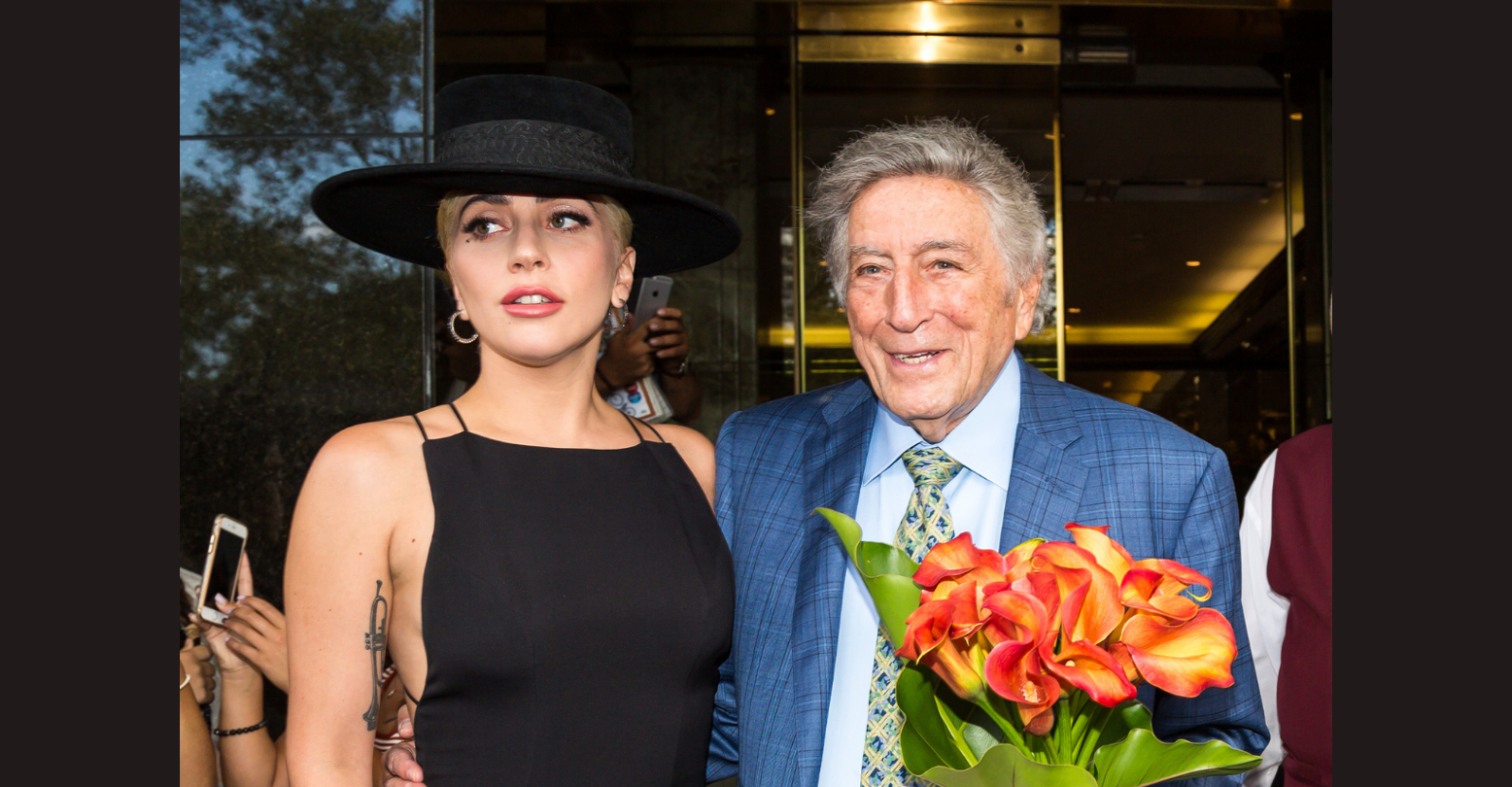 The release date, title, and artwork for the upcoming jazz album by Lady Gaga and Tony Bennett has been revealed. A billboard in Times Square tells us it is called Love for Sale and is due to be out on October 1st.

The day we released “Cheek To Cheek” in 2014, @itstonybennett called me and asked me if I wanted to record another album with him, this time celebrating the songs of Cole Porter. I’m always honored to sing with my friend Tony, so of course I accepted the invitation.

The album is a tribute to Cole Porter and a follow-up to their 2014 collaboration, Cheek to Cheek, which made Bennett the oldest person to achieve a number one album in the US.

The news coincides with Bennett’s 95th birthday, and Love for Sale is being billed as his final album. The duo will perform at Radio City Music Hall tonight and Thursday in a farewell concert titled One Last Time that will mark Bennett’s final performance in New York City.

Earlier this year, Bennett’s family revealed that he had been diagnosed with Alzheimer’s disease in 2016, despite continuing with recordings and live performances. The new album was recorded between 2018 and 2020, according to AARP.

A behind-the-scenes documentary has also been filmed, chronicling the recording sessions for the album. AARP describes Lady Gaga’s interactions with Bennett in studio: “Gaga, clearly aware of his condition, keeps her utterances short and simple (as is recommended by experts in the disease when talking to Alzheimer’s patients). ‘You sound so good, Tony,’ she tells him at one point. ‘Thanks,’ is his one-word response.

“She says that she thinks ‘all the time’ about their 2015 tour. Tony looks at her wordlessly. ‘Wasn’t that fun every night?’ she prompts him. ‘Yeah,’ he says, uncertainly. The pain and sadness in Gaga’s face is clear at such moments — but never more so than in an extraordinarily moving sequence in which Tony (a man she calls ‘an incredible mentor, and friend, and father figure’) sings a solo passage of a love song. Gaga looks on, from behind her mic, her smile breaking into a quiver, her eyes brimming, before she puts her hands over her face and sobs.”

A music video for the track “I Get A Kick Out of You” will premiere on MTV this Friday.