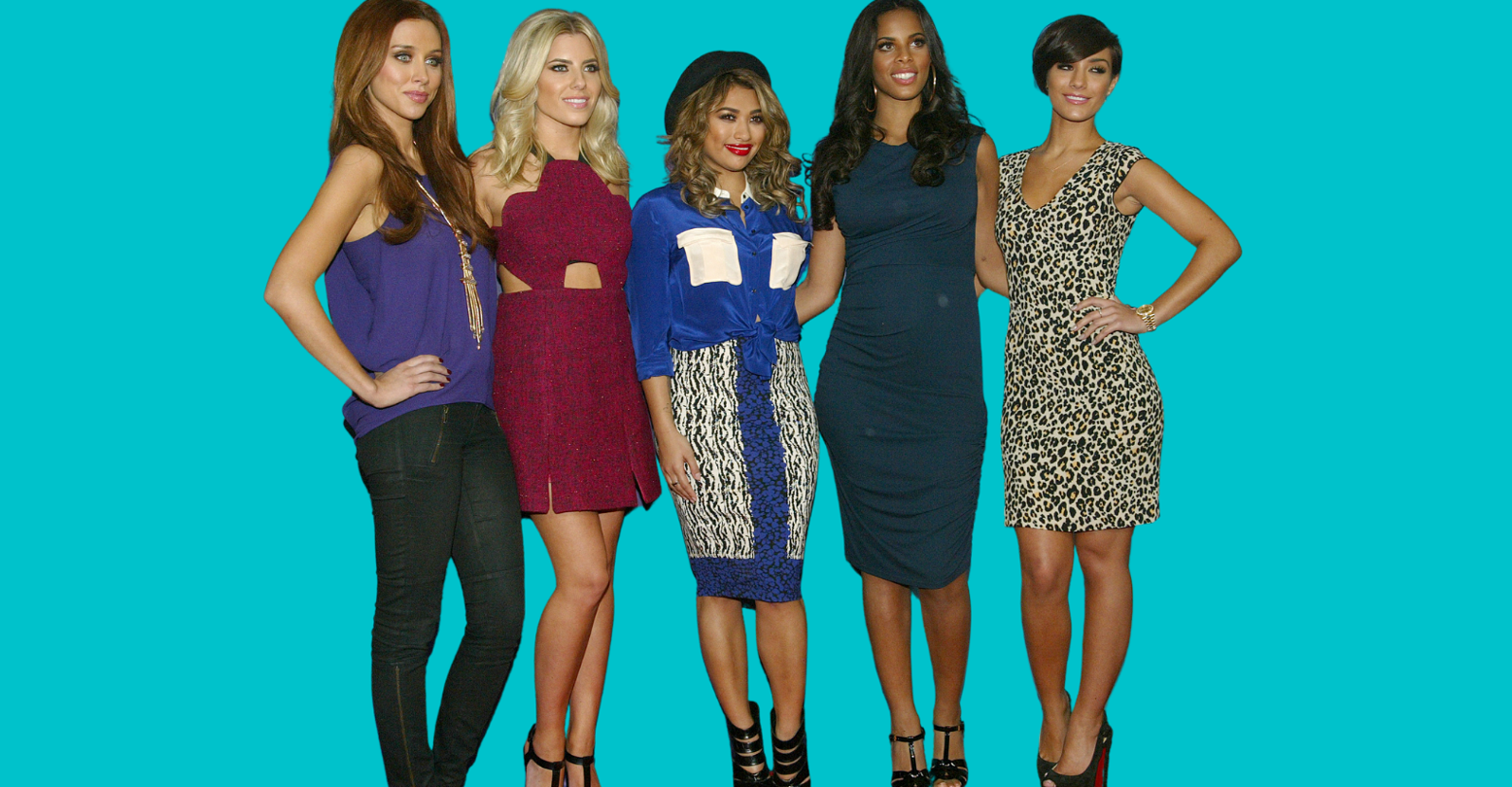 “Frankie, Mollie, Una, Vanessa, Rochelle, what you doing Saturday girl?” asks rapper Flo Rida at the beginning of “Higher”, his collaboration with British-Irish girl group, The Saturdays. And you know what? It’s a good question. The group arrived on the UK pop scene clad in their colour-blocked tights in 2008 and enjoyed six years of success before disbanding in 2014. Since then we’ve enjoyed the girl group sounds of Fifth Harmony and Little Mix, the latter of which dominated pop music in the 2010s. However, with their recently announced hiatus, and older girl groups like Girls Aloud and The Pussycat Dolls already having had their own reunions, is now the perfect time for The Saturdays to make their big comeback?

Whilst admittedly not quite as commercially successful or popular as some of their fellow girl group rivals, The Saturdays nonetheless delivered a very impressive run of singles across their six years together. In total, they released eighteen singles and every one of them made it into the UK Top 40—yes even “Gentlemen” – the charts were very different back in 2013. Even more impressively though, of those eighteen chart hits, thirteen of them were Top 10s. Hits like “If This Is Love”, “Ego” and “All Fired Up” were pop perfection and proved just what the girls were capable of. In addition to them, their collaboration with Sean Paul, “What About Us” earned them the right to be called chart-toppers, finally giving the group a long overdue number one single in 2012.

However, despite their constant tenure in the charts the group never really rose to the peak of the pop scene, but who says they needed to? When they produced so many hits one after the other they quickly established themselves as a popular name in the industry, leading to many TV appearances and live performances over the years – the girls were always booked and busy. They weren’t necessarily topping the bill, but they were always an enjoyable addition to music events such as T4 on the Beach and Radio 1’s Big Weekend. And whilst they’re not renowned for their amazing, vocally-perfect live performances, their roster of radio-friendly songs, ranging from dance-pop bangers to electro-pop ballads, ensured their success and favor with fans. These fans will also know that there are a number of enjoyable pop songs to be found on their numerous albums and EPs; “Puppet”, “Wordshaker” and “White Lies” immediately spring to mind.

The group never really rose to the peak of the pop scene, but who says they needed to?

Accompanying their fabulous collection of singles was of course their music videos, and despite their somewhat lacking early efforts, after their Chasing Lights era, the group continually delivered good-looking, high-concept videos. “Disco Love” saw the girls in three different decades sporting a range of gorgeous looks throughout time. “All Fired Up” was such a moment, combining simple choreography and stunning visuals with formidable results. They even had the Avengers quaking with their superhero-inspired video for “Ego”. So some early music video missteps aside, the girls quickly evolved their look and chemistry – more often than not creating really fun visuals to complement their songs. We’d love to see what they would do now.

Since leaving the group, what have the girls been up to though? Well, Rochelle has arguably gone on to have the most prolific career post-The Saturdays, presenting a range of shows both on TV and radio. Most notably she fronts BBC One’s prime-time music quiz show, The Hit List, with her husband, Marvin Humes, who himself is a member of the boy band JLS. Mollie had a few singles and planned to release an album but the project was eventually shelved. However she did find success as a radio presenter and on Strictly Come Dancing, reaching the semi-finals. Una is the only member of the group to release a solo album which she did in 2017, and it’s quite good! Her more acoustic based sound is decidedly different from the group’s work and demonstrates her individuality nicely. She’s also been a judge on the Irish version of reality singing competition, The Voice. Vanessa, probably the best vocalist of the group released three EPs and a number of singles and also appeared on I’m a Celebrity Get Me Out of Here. Her bandmate Frankie also took part in the show’s most recent series, finishing in third place and like Mollie, also competed on Strictly Come Dancing.

So some more than others, but collectively the girls have managed to stay in the public eye quite well. They’ve explored other avenues, they’ve done the reality TV rounds and some solo projects – now it feels like a reunion could, and should be the next step. Furthermore, with Little Mix announcing their break, there’s a massive gap in the market for a girl group, and whilst it would be naive to suggest The Saturdays could reach their level of success it would make their lives considerably easier not to have to compete with them. However, UK girl group Sugababes have already promised new music so they might not be completely free from competition but there’s no reason why there can’t be two girl groups back on the radio. We might even get some good old-fashioned chart battles again.

Even if a Saturdays comeback only produced one new album or a string of singles it’s worth doing and could add some new favourites to their already much-loved discography.

The Saturdays would definitely have to adapt: music has evolved so much since they were active and to be successful now they would need to work hard to update their sound. However, other groups have done this and succeeded. The iconic Girls Aloud got back together for their tenth anniversary in 2012. Their reunion brought with it something new, quite literally as that was the name of their comeback single – we’re still trying to work out just how Olly Murs beat it to the number one spot. Some of the group’s best songs came out of this reunion and of course their fantastic Ten Tour. Albeit there wasn’t such a long gap between their hiatus and reunion as there would be for The Saturdays but they’ve proved that a girl group reunion is entirely possible, even if it’s only short-lived. Talking of short-lived, even the messy Pussycat Dolls reunion (RIP) at least gave us the certified banger “React”.

So even if a Saturdays comeback only produced one new album or a string of singles it’s worth doing and could add some new favourites to their already much loved discography. However, other groups such as Westlife and Steps have proven that it’s doable to come back together with longevity. Both groups are still active today, have released multiple albums and are very popular post-reunion.

With that in mind – an update to their sound, some catchy well-written pop songs, a stylist that knows what they’re doing, a long list of performances and TV appearances, we’re (thinking RuPaul’s Drag Race UK etc.) and a Saturdays reunion could capture enough attention to make them a success again. It really could go either way but we’re not asking, nor expecting chart domination, we’d simply love to be listening to the radio and hear “now new from The Saturdays…” before being blessed with their latest pop bop at least one more time.♦