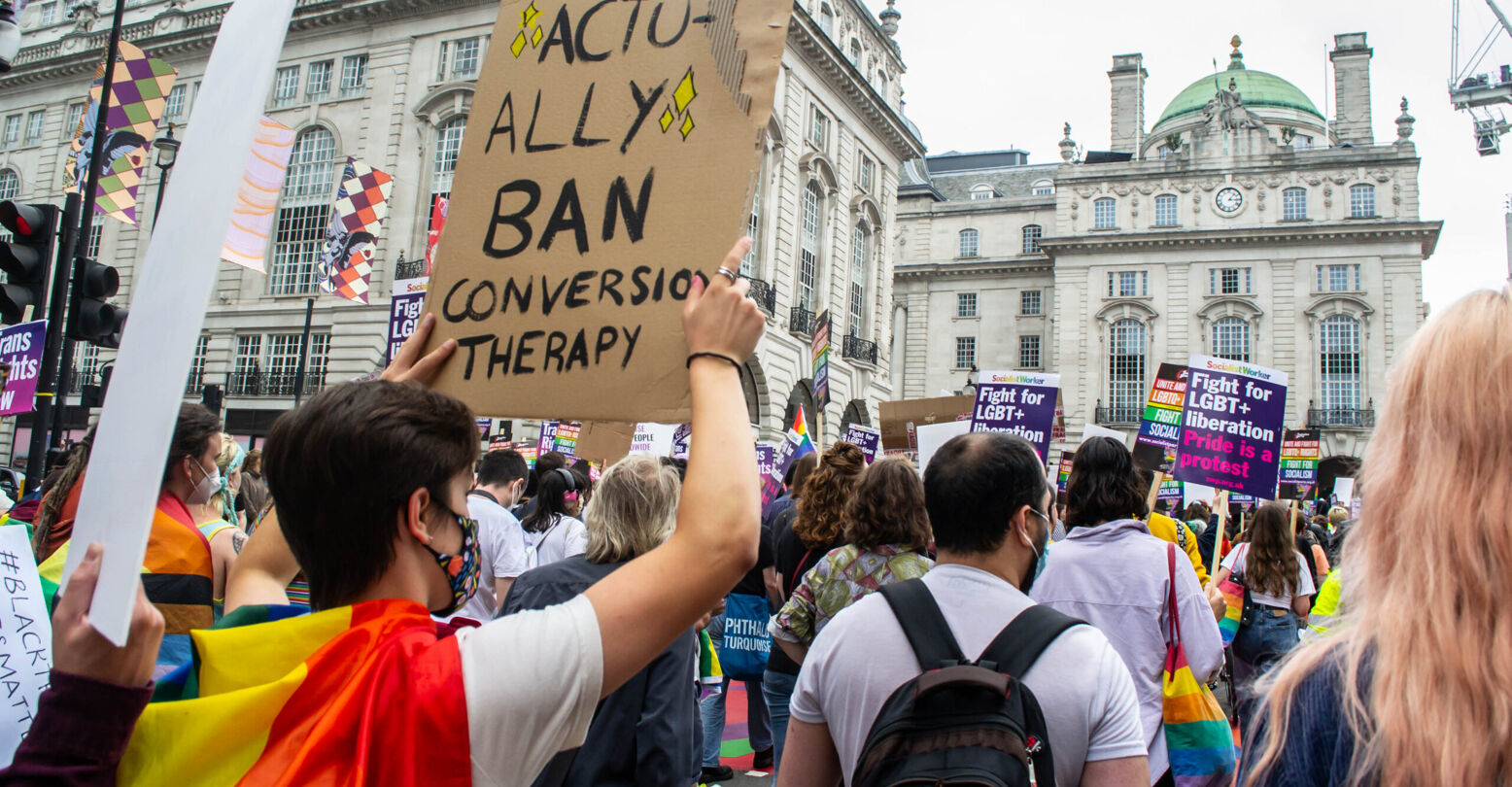 Last week, Boris Johnson enacted the long-promised ban on conversion therapy in Britain, with the exception that anti-trans conversion therapy would be allowed to continue. There is more than enough testimony to the harm this abhorrent practice inflicts on trans people. But now, in addition to being callous and immoral, Johnson’s decision has proven unpopular as well.

A poll conducted by YouGov has found that the majority of British voters—including a majority of conservatives—support a full conversion therapy ban, meaning one that does not leave out trans people.

The poll was conducted using a sample size of nearly 2,000 voters. To account for any error in misunderstanding, YouGov tested different phrasing for each question (replacing ‘sexual orientation’ with ‘lesbian, gay, bisexual’ and ‘gender identity’ with ‘transgender’), and found the results to be nearly identical.

The govt may have decided that sexual orientation / gender identity Conversion Therapy should be treated separately, but the public does not: Britons want to see both banned

14% of respondents said that both types of conversion therapy should allowed to continue (19% of Conservatives), and 22-23% reported that they were unsure.

Support for banning conversion therapy was higher among women than men—69% to 60% for sexual orientation and 66% to 58% for gender identity.

In terms of age groups, the researchers found the results to be more or less consistent, but noted that respondents aged 65 and older tended to be less supportive of a conversion therapy ban (63% for sexual orientation and 58% for gender identity). Regardless, the majority of older voters still supported a full ban.