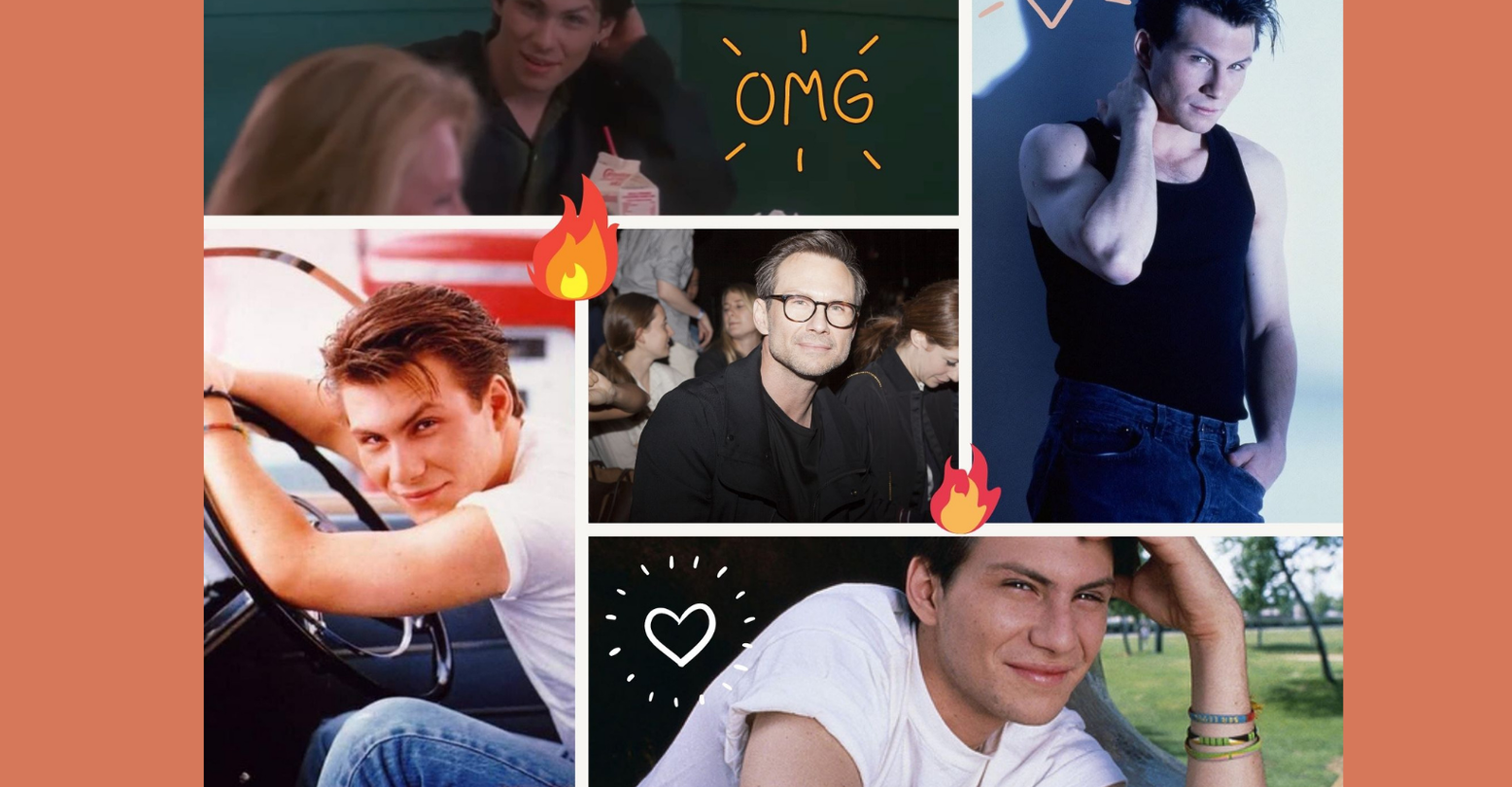 Allow me to quote the Coen Brothers (I’m SO sorry) via their 1998 classic The Big Lebowski: “Sometimes, there’s a man, well, he’s the man for his time and place. He fits right in there.”

What the Coen Brothers failed to mention is that sometimes—just sometimes—that man happens to be really, really hot.

You’ll remember Slater from such classics as Heathers (1988), True Romance (1993), and Interview with the Vampire: The Vampire Chronicles.

You’ll also remember that he’s desperately sexy. Like, drop-dead hot (literally, in the case of Heathers.) We’re talking hot with glasses, and also hot without glasses. Now that’s a feat of hotness, if you ask me.

But let’s not forget that Slater, while an undisputed hunk from way back, has lost none of his hotness. In fact, he seems to be getting hotter with age.

I beseech you to consider this 2006 red carpet snap featuring Sharon Stone looking like she’s about to ride this man like a horse. The chemistry is palpable.

Now don’t get me wrong, Slater was radiating hotness in early classics like True Romance. I mean…that lighting.

But in more recent fare like “Dirty John: Betty” and “Dr. Death,” Slater is allowed to play these oily, creepy, but still super hot men. The nuance of each performance, of course, only adds to the hotness here.

I mean come on, look at that evil glare.

In “Dr. Death,” if you can believe it, he’s even hotter as Dr. Randall Kirby, a brash, blustering dude who prides himself on being an asshole, but is still determined to do the right thing.

Spare us, Christian. Spare us from your infernal hotness.

But actually don’t, because we need it. You’re actually doing a public service by being this hot in times as trying as these.

Keep it up, Christian. Keep it up. Lord knows we need your hotness in this godforsaken world. ♦