Early winter storms across North America, Europe, and Asia are setting up a solid base for the 2018/19 ski season. California’s Mammoth Mountain has already received a sickening 103” of snow total this year and is reporting a 40-60” base, while France’s Val D’Isère is reporting up to a 59” base. Needless to say, skiers and snowboarders are optimistic for the season ahead following last year’s worrisomely dry winter.

As gay ski weeks and winter prides gain popularity (there are some 20+ official multi-day events planned for 2019), it’s clear that more and more mountain towns are making efforts to embrace queer visitors and locals — from the legendary events in Europe, to this year’s newest Elevation event in Tremblant, Quebec, all the way to the southern hemisphere’s ski weeks in Australia and New Zealand.

The avid snow sports enthusiast knows the most economical way to get the most days on the slopes is to buy one of the main three collective passes — rhe Epic Pass, this year’s brand new Ikon Pass, or the Mountain Collective. Each provides access to numerous ski resorts around the world. While the passes (specifically the Epic and Ikon) are controversial in the industry for monopolizing skiing — and come with steep price tags, to boot — they are making it easier than ever to see the world by ski and board, as well as to connect with like minded winter sports enthusiasts at a variety of queer ski events.

Below is our list of the top three major ski passes with resorts providing access to the largest number of gay ski weeks. 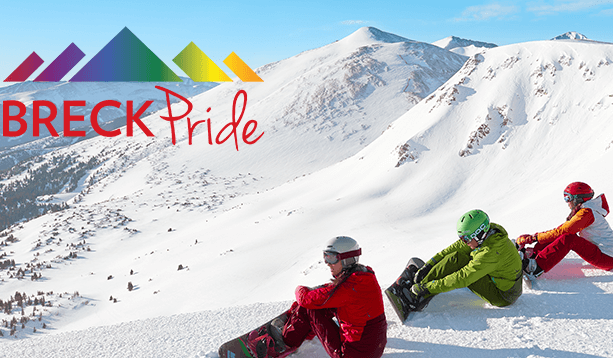 The O.G. multi-resort pass, the full Epic Pass ($949) is the giant in the market offering 65 resorts around the world, seven of which have resorts hosting official gay ski events. Having recently acquired Whistler to the pass for the 2018/19 season, the pass now holds access to the  “Winter Event of the Year” voted by the 2017 Gay Travel Awards–Whistler Pride and Gay Ski Week. On top of Whistler, the pass also holds 2 days at Tignes-Val D’Isère and  2 days at Paradiski, hosts to one of two of the biggest gay ski weeks in Europe, European Gay Ski Week and European Snow Pride. The Epic Pass marks itself as this year’s most queer-friendly ski pass.

While Thredbo isn’t on the Epic Pass, its neighbor Perisher is. With unlimited days and  only an hour drive from Thredbo, skiers could enjoy the Heaps Gay Rainbow Mountain events at Thredbo, while using their Epic Pass to ski Perisher.

The brand new Ikon Pass ($1049) enters this year with 38 destinations to lip sync for its life against the Epic Pass. With five host gay ski weeks and one nearby resort to a gay ski week, the Ikon Pass is another incredible option for the queer skier with some of the biggest gay ski weeks like Aspen Gay Ski Week (now in it’s 42nd year) and all three Elevation events, including the brand new Elevation: Tremblant. The pass also extends your ski season to the Southern Hemisphere with events in New Zealand and Australia.

While Deer Valley Resort is the closest to Park City, Alta & Snowbird, Solitude, and Brighton Resorts, all on the pass, provide a great sampling of terrain for the avid skier attending Elevation: Utah looking to explore the greater Wasatch Range while getting the most out of the Ikon Pass. All have 7 day restrictions, except for Solitude which is unlimited.

Stowe is not on the Ikon Pass, but Sugarbush is. Only 45 minutes from Stowe, the resort is great option for 7 days of skiing while attending Winter Rendezvous.

The Mountain Collective is the cheapest of the three passes at $489. It provides the least amount of resorts at 17 and restricts skiing at only two days per resort. However, it still contains a total of four host gay ski week options. Best of all, the ski weeks it does allow access to are some of the most well known, including Aspen Gay Ski Week and two of the revelrous Elevations, making the pass perfect for the weekend warrior looking to get in a couple days at a resort during their most queer-friendly weekends.

Park City is not on the Mountain Collective, but resorts Alta, Snowbird, and Snow Basin are and are less than an hour from Park City, meaning skiers could get 6 days of skiing during the event.

Stowe is not on the Mountain Collective, but Sugarbush is.  Only 45 minutes from Stowe, the resort is great option for 2 restricted days of skiing while attending Winter Rendezvous.

While the above passes present some of the most economical ways to experience multiple gay ski events, beginners and less avid skiers may want to look into individual gay ski weeks closest to them to save if only skiing for a day or two as many of the events have great deals. Looking for a less rowdy ski trip? Check out Ski Bums, ‘the world’s largest club of LGBTQ skiers and snowboarders’ or the Pacific Northwest’s Ski Buddies. Both clubs, and there are many others like them, organize all-inclusive group trips around the world.