Out of the blue, the surprisingly gay-friendly city of Dallas emerges from the northern plains of Texas, cozied by caboodles of handsome lakes and rivers. Just at the southern tip of Tornado Alley, the country’s 9th largest city features a Goldy Locks climate that turns humid in summer and features a couple of days of snow in the winter. The perfectly pleasant fall and spring seasons allow visitors to see one of the largest art districts in the U.S. without breaking a sweat.

With a Human Rights Campaign score of 100 (which for reference, cities like New York, Los Angeles, Seattle, and Austin all hold) Dallas still needs to catch up on trans rights, but is slowly becoming a jewel of shining acceptance. The city is Austin’s impressionable little sibling, self-aware and remarkably friendly but with a focus on shopping, dining, and football; less rambunctious techies at music festivals doing yoga and keepin’ it weird. The city is learning, in fact, the owner of the Dallas Eagle recently announced he’s running for Governor of Texas.

As you arrive into the city for a visit, perhaps building in a day or two layover before jetting around the world from the Dallas/Fort Worth International Airport, make sure to journey the Margaret Hunt Hill Bridge. The architecture conjures a broken dream catcher, a spider’s web gone awry. Spanning the Trinity River, the bridge welcomes you to a stay of fine dining, cultural exploits, and perhaps the Lucchese and Stetson-wearing cowboy of your Lone Star dreams.

The best lively, queer-friendly neighborhoods are Downtown and Uptown/Oak Lawn. The Adolphus Hotel lies Downtown and was built in 1912 by the beer baron money of Adolphus Busch. Modeled after a Beaux Arts German Castle, the hotel is undergoing a massive restoration to reimagine its storied history, blending light contemporary colors and design among buffed marble floors. The newly redone lobby tastefully blends masculine and feminine styles into a neutral space that will woo you into reading books by one of a few grand fireplaces. The hotel features a stunning 7th-floor pool with tropical style drink service, the perfect place to relax after receiving a wealth of services at the hotel’s luxury spa. The hotel is within walking distance to the some of the city’s best museums and bars, but why leave with three stunning restaurants in house?

Just north of Downtown’s Cedar Springs Road, between Oak Lawn Avenue and Wycliff Avenue lies Dallas’ gayborhood, Oak Lawn, voted the best gayborhood in the country in 2014 by Out Traveler. The International Gay and Lesbian Travel Agency approved Warwick Melrose Hotel as the top pick of the neighborhood with great service and centralized location to retail, dining, and a saddlebag chock-full of gay bars.

I had the meal of my life at the grand re-opening of The French Room, a sophisticated staple in the Dallas culinary scene now under the control of chef Michael Ehlert, who draws on classic French methodology but infuses the experience with high concept surprises leading you warmly to the future of culinary adventure. 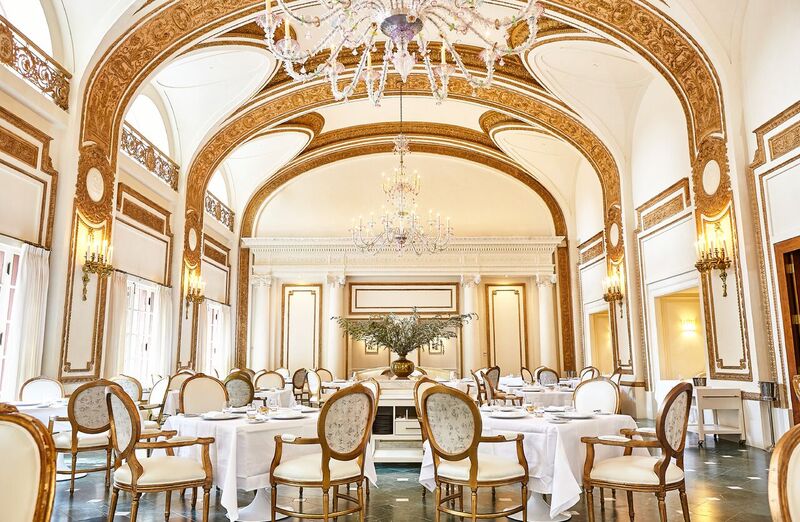 I began the meal with a very unique cocktail, a variation French Cognac, where the bartender came to our table, lit tobacco strands and smoked them into my glass, mixed a concoction of Blue Swift, and spritzed the glass with absinthe. Finishing with a citrus peel, the drink was the most unique cocktail I’ve ever had, and I worked as a bartender tasting myriad concoctions. The food came out in multiple courses, featured wonderful surprises (like a confectionary cart, AFTER an already stunning desert), and the most attentive and genuinely friendly waitstaff of my dining experiences. The French Room gives Feary’s, the city’s notoriously posh restaurant, a true run for its money.

For lighter and quicker fare for lunch, whiz through Gather Kitchen, a healthy California inspired order-at-the-counter eatery that allows you to build your own bowl of proteins, grains, and veggies. The pesto sauce is highly recommended. 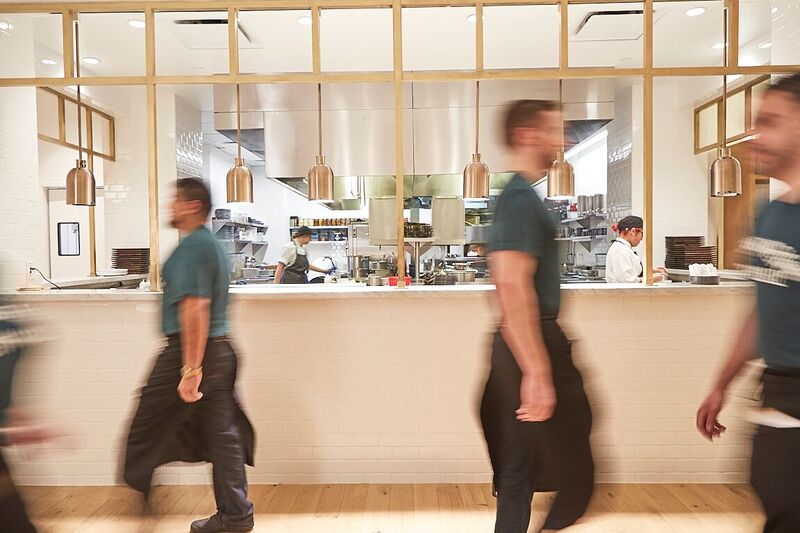 After such a heavy dinner, wake and walk to another new restaurant City Hall Bistro, which serves breakfast, lunch, and dinner. For breakfast, wake up in an airy booth of light brown leathers beset white tiled walls and enjoy the most delicious avocado tartine (a fancy avocado toast) or a sweet, low fat, Greek yogurt bowl of dates, granola, and fresh fruit. If you still need a caffeine buzz before the day’s activities, walk over to Stupid Good Coffee a few blocks away, where “if it’s not stupid good, it’s just plain stupid.”

While many locals described the best hits of Dallas to me in the forms of retail and dining, there are plenty of cultural and outdoor activities to get yourself moving and grooving around town.

The city that began on cattle and cotton (later profiting ferociously on oil) began drilling the foundation for a strong arts scene with large swaths of money. Now, the city boasts the “largest contiguous urban arts district in the nation.” The epicenter contains three visual art exhibits with the most diverse being the Crow Collection of Asian Art. The massive district also contains nine performing arts venues from symphonies and opera houses, to The Dallas Black Dance Theatre.

Nearby in the Design District, The Dallas Contemporary, another free museum, engages the community with challenging ideas. Currently showing is McDermott and McGough: I’ve Seen the Future and I’m Not Going which featuring the works of David McDermott and Peter McGough, two New York City artists who explore “gay identity, societal repression, and performative time travel…rejecting the contemporary present in favor of an invented queer past.” The exhibit is unapologetically gay, obsessed with the Victorian past, and is an inventive stance of resistance to the modern political climate. The exhibition runs through December 17, 2017. 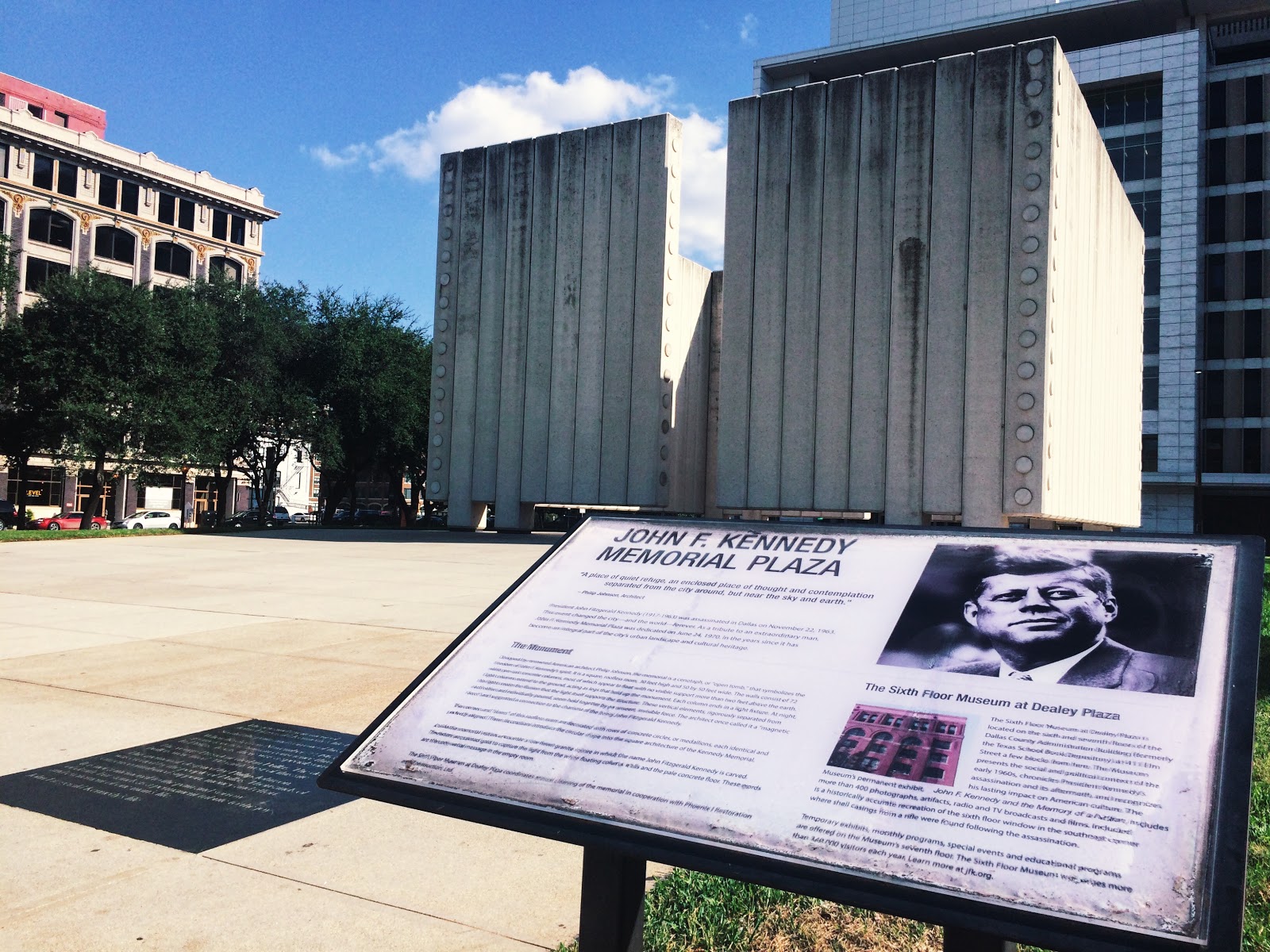 If you’re drawn to the past, it’s a short trip from the Contemporary to Dealey Plaza, the site of John Fitzgerald Kennedy’s assassination, where multiple mementos sprinkle the street of the fateful day of November 22, 1963. There’s an entire museum dedicated to the late president’s life and modernist memorial plaza designed by Philip Johnson with an epitaph reading, “It is not a memorial to the pain and sorrow of death, but stands as a permanent tribute to the joy and excitement of one man’s life.”

It’s time to explore those handsome lakes, handsome. For a brief walk or afternoon picnic, take a quick lift over to the Dallas Arboretum on the banks of White Rock Lake. Technically, it’s a reservoir, but the 66-acre arboretum and botanical garden will give you the peace of a remote lake as you razzle dazzle through azaleas and chrysanthemums and lie back in the sun listening to the afternoon lullaby of fountains. 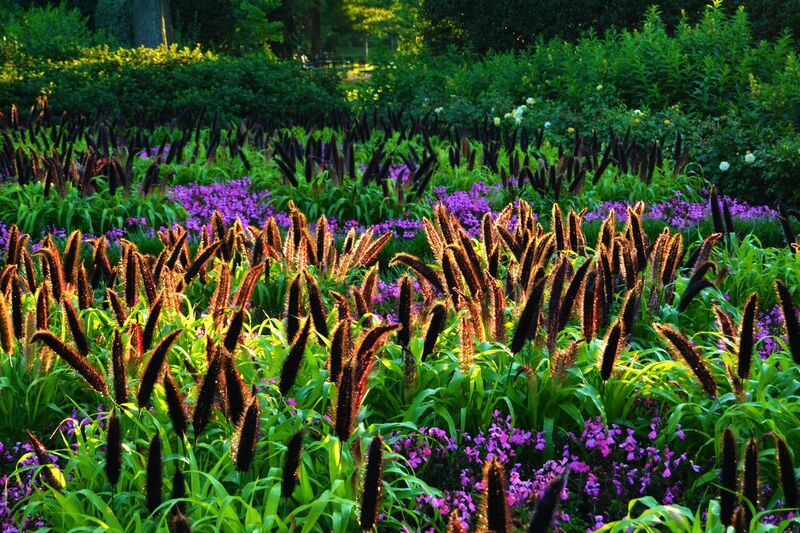 For more ambitious jaunts, tackle the 9.33-mile circumnavigation of the lake on the White Rock Lake Trail on a rental bike. As you mosey around the lake on your cycle, look to the waterif you’re lucky you’ll spot a group of long-limbed rowers practicing in eights or fours. Unfortunately, there is no swimming in the reservoir, but if you’re inspired to get on the water, there are a wide variety of options of boat rentals. The most popular (and grammable) of course, is the stand-up paddleboard.

The best way of all to work up a sweat in Dallas is with some good old-fashioned line dancing at the long-standing (and iconic) gay bar Round Up Saloon, located in Oak Lawn. The venue hosts events like “Boys, Boots, & Boxer Briefs” and hosts dance lessons for couples and singles on Tuesdays, Wednesdays, and Thursdays. Bring your Tony Lamas and tuck your thumbs behind your biggest belt buckle: it’s time for the Georgian Winder.

Enjoy yourself, dance your heart out, and in the words of Kacey Musgraves (who grew up on the far outskirts of Dallas) “make lots of noise, kiss lots of boys, or kiss lots of girls, if that’s something you’re into…just follow your arrow wherever it points.” 😉