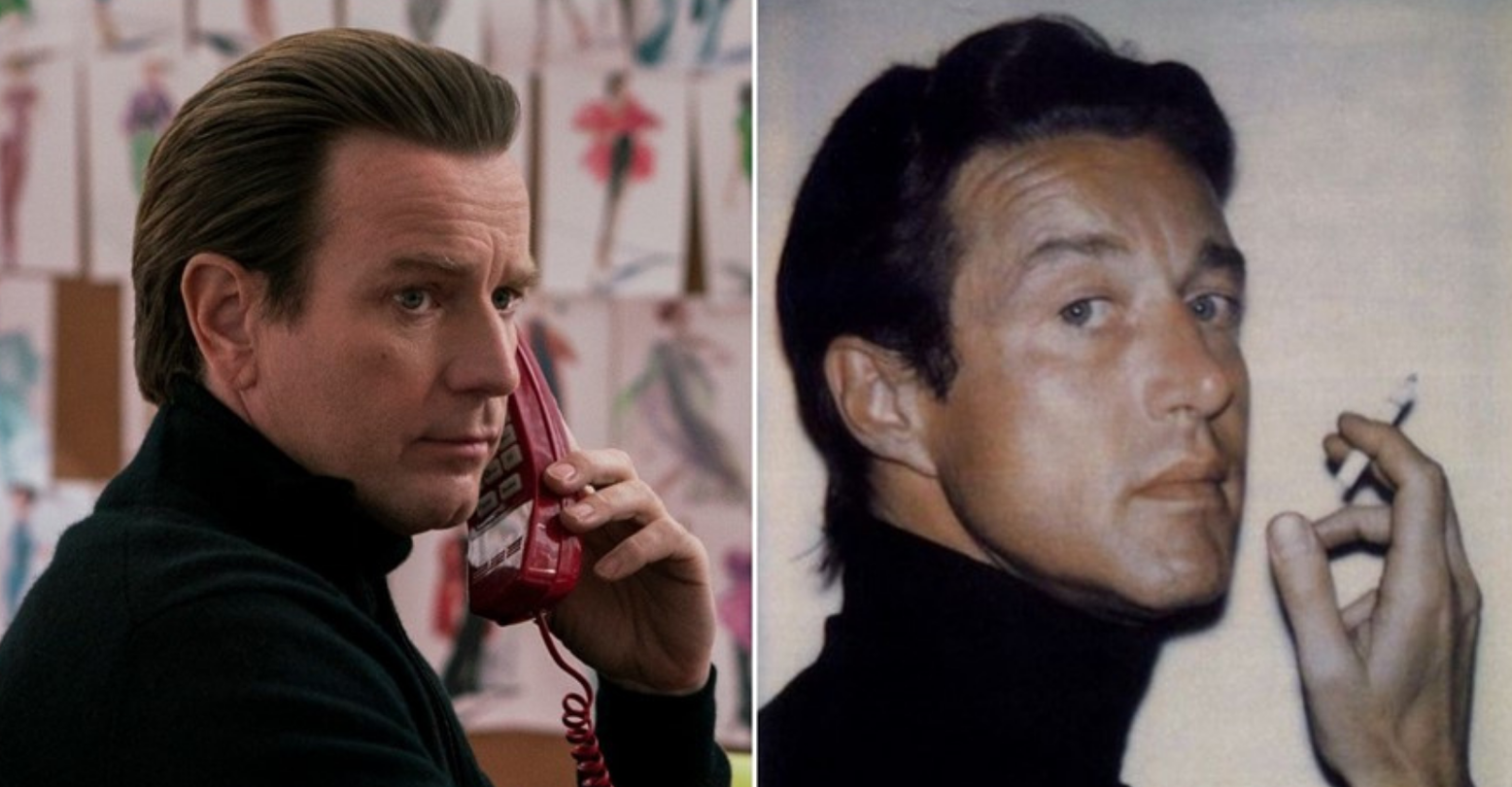 In a recent interview with the Hollywood Reporter, Ewan McGregor discussed his decision to accept the titular, leading role of a gay disco-era designer Halston in the upcoming Netflix miniseries. The show, which is written and executive produced by Ryan Murphy, follows the life of Roy “Halston” Frowick and is based on the biography Simply Halston by Steven Gaines.

Halston was known for redefining American fashion, being a regular at the iconic Studio 54, and galavanting with the likes of Liza Minelli and Andy Warhol. He was also known for being temperamental and a perfectionist. As McGregor explains in his research for the role, “There are people I met who do not have nice things to say about him. And there are people who love him and are unbelievably loyal to this day. I was excited to play that. To go to the extremes of his temper. But behind it all — this drive, this creative drive. And this desire to be grand. Everything had to be the best.”

One of the many notable achievements of Halston’s life is the way he managed to realize heightened fame and career success despite being openly gay during a time when it was controversial to be out and proud. These days, there’s another kind of controversy to be aware of: the uniquely Hollywood problem of casting straight men to play such iconic queer roles. McGregor, who identifies as straight and points out that he was aware of the potential backlash at the time of casting, explains his thought process:

“If it had been a story about Halston’s sexuality more, then maybe it’s right that gay actors should play that role. But in this case — and I don’t want to sound like I’m worming out of this, because it’s something I did think a lot about — I suppose ultimately I felt like it was just one part of who he was.”

A generous interpretation would indicate that McGregor believes the role itself is not so focused on his sexuality, though Halston’s lover will be featured on the show and portrayed by Gianfranco Rodriguez.

In particular, the conversation was evidently sparked by an earlier quote Billy Porter gave the Hollywood Reporter: “If ‘flamboyantly’ wasn’t in the description of the character, no one would see me ever for anything.”

McGregor, who has been cast in notably diverse roles and films, responds: “I hear the discussion and I respect both sides of it, I really do. I haven’t walked in Billy Porter’s shoes. I don’t know what it’s like to lose out parts when you might feel it’s to do with your sexuality. So I can only respect his point of view.”

McGregor has played gay roles throughout his career, including The Pillow Book (1996), Velvet Goldmine (1998), and I Love You Phillip Morris (2009). While the landscape for straight men doing so has changed over time, his decision to take on such roles looks like it will not be changing just yet.

Halston is set to premiere on Netflix on May 14th.