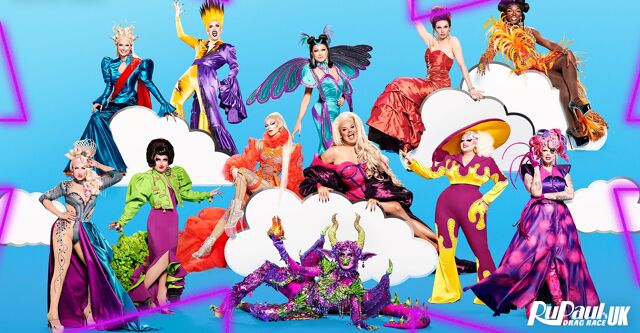 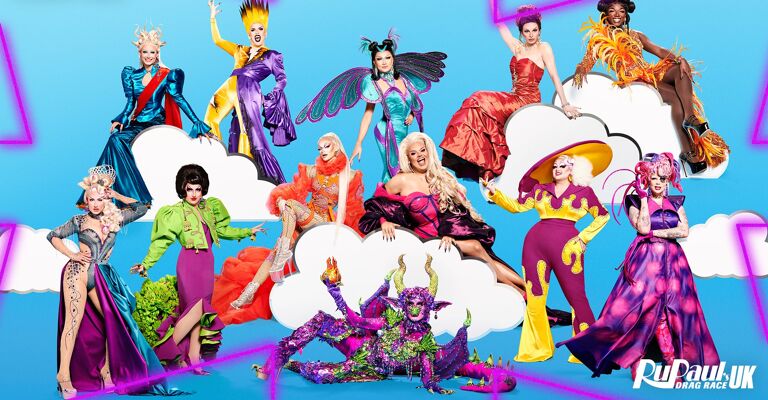 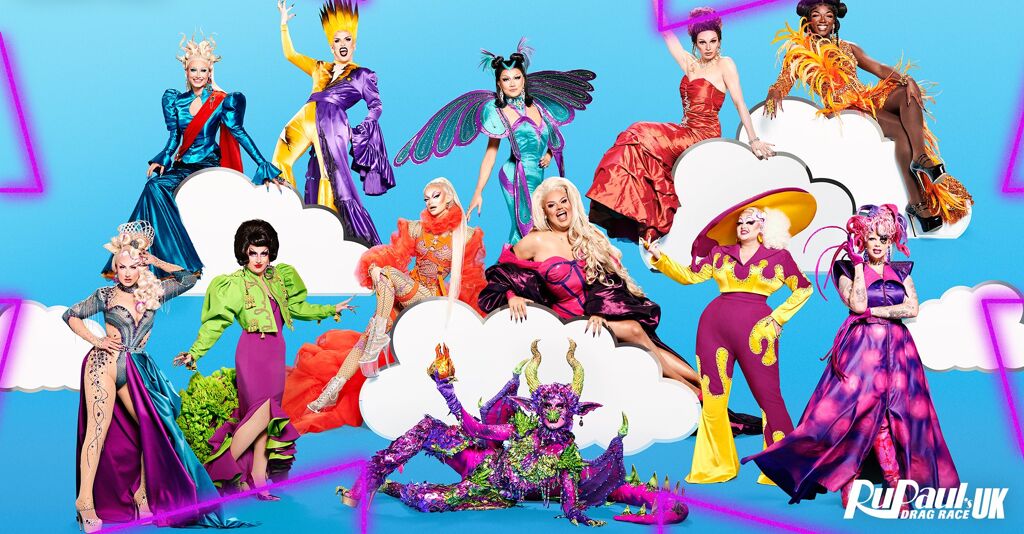 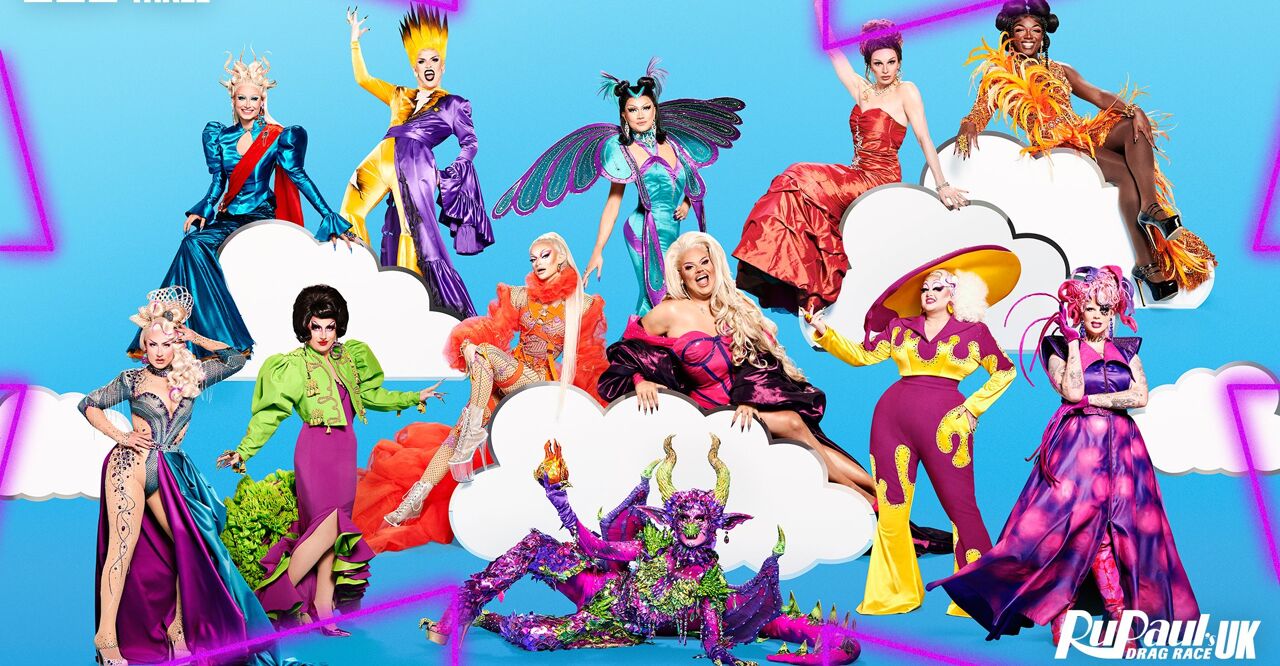 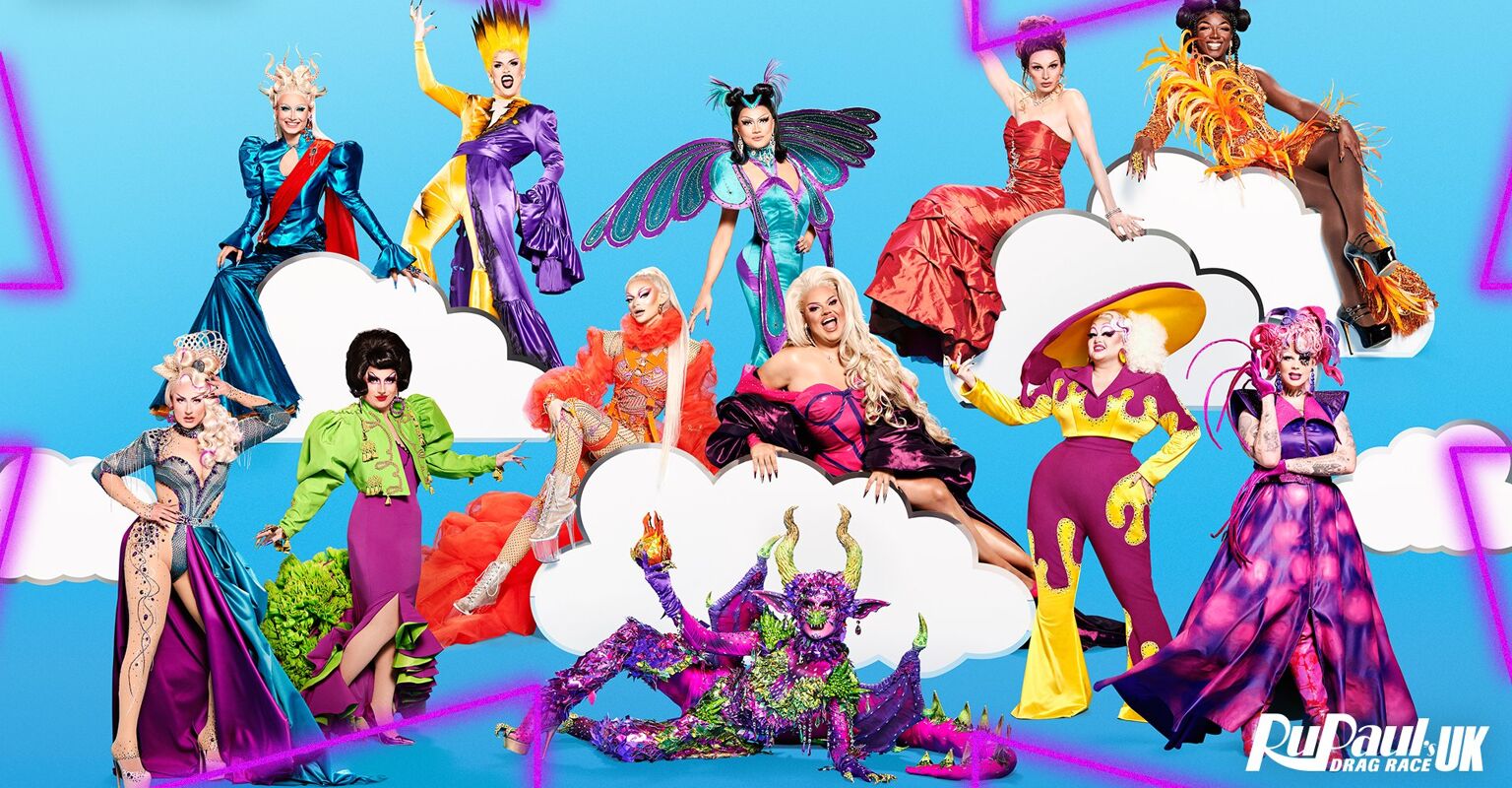 Welcome back to the INTO RuView, where we recap “RuPaul’s Drag Race” week by week. The first episode of “Drag Race UK” Season 3 is here, and though it has big shoes to fill after the masterpiece that was Season 2, it’s off to a promising start.

As always, the season kicks off with entrance looks and quippy one-liners. So who managed to stand out from the jump, and who didn’t quite nail their first impression?

It can be hard to nail an entrance look — there’s no category, so the objective is just to show the world your signature style. And Victoria nailed it. This is glamour, camp, extravagance, the whole shebang. And a great line to boot: “Hell hath no fury like a woman sconed.”

What makes this entrance doubly great is how excited the other queens are as Victoria walks in. “This is history, guys,” one of them says, and they all scream in excitement. Because Victoria is the first cisgender woman ever to compete on any “Drag Race” franchise. If you’ve ever been to an actual drag show, you know how wild it is that it took so long to get a cis queen on the show — but hey, she’s here now, and “Drag Race” is all the better for it!

Choriza’s look screams Spain, where she’s originally from, with the horn-shaped wig and roses in her hair. But beyond showing off her heritage, Choriza’s look is high fashion. The hand-painted designs on the jacket are to die for. And her first words are setting her up to be one of the season’s funniest queens: “Don’t hate me because I’m beautiful. Hate me because I’m an immigrant.”

Elektra’s first look unfortunately foreshadows her other two this episode: they’re all basic. It’s not that she looks bad, just that she looks, well, low-effort. There’s nothing exciting about what she’s doing, but I am falling for her personality, so there’s hope yet for this queen.

Veronica has been on this show before, on Season 2, where she was disqualified after catching COVID-19 but granted the opportunity to return. She almost turned down the invitation, citing concerns about getting together the looks for two seasons of “Drag Race” in the same year, and during a pandemic to boot. But she did come back — and unfortunately, she didn’t come back with a bang.

This “Wicked” reference is cute! But if you’re gonna do a different skin color, you’ve gotta do it well, and this is just kinda middling. And for whatever reason, the blonde hair throws the whole look off for me. I think this could’ve been saved with a sleek black wig instead — but as it is, it’s not a strong opening for Veronica.

Off the bat, it’s an exciting group with a lot of different styles of drag. Charity catches my eye — I love a horror queen, though I’m nervous to see if the judges will be receptive to her aesthetic. And Ella’s level of polish — and her threat to Veronica’s musical theater brand — make me think she’s one to watch. Plus, her name is legendary.

The first mini-challenge isn’t the standard photoshoot. Instead, the queens are playing a game of dirty charades. Um … sure, why not? It’s a fun segment, even if it has literally nothing to do with drag.

Standouts include Choriza, who, despite being nervous, absolutely carries her group; Veronica, who stands out for the wrong reasons and basically just stands there as her team throws out guesses; and Victoria, who’s not only good at the game, but so. fucking. funny. “Oh, she didn’t make it!” RuPaul is cackling, and so am I.

This week’s challenge is a UK staple: the hometown ball. The queens have to serve two looks on the runway, the first representing their hometown and the second representing one of their favorite things. Quite an open-ended category, and as you’d expect, the queens have no shortage of bizarre interpretations.

Category is … Queen of Your Hometown

Y’all, the bar has been set HIGH. Charity’s representing Lancashire (which Veronica also did on her first season), but with a horror twist. She’s taken the town’s iconic red rose and imagined it as a monster, “Little Shop of Horrors” style. The makeup alone is gag-worthy. My winner of this episode!

I know what you’re thinking: “Isn’t that just a bodysuit?” Yes, and I don’t care. River absolutely demolished this category with her presentation. She’s dressed as a famous statue from Medway, and she won’t stop hitting its pose as she travels down the runway. The whole judge’s panel is in hysterics: “I don’t know what that is!” Ru exclaims between fits of laughter. And as we’ve heard time and time again, making Ru laugh is the key to winning this thing.

Yeah, no. Elektra is going for a Burnley miner, but she’s missing every mark. It’s not realness, but it’s not camp; it’s not funny, but it’s not glamorous. Once again, there’s not much to talk about.

My big issue with this look is that if she didn’t explain it in the confessional, I’d have no clue what Kitty was going for here. She’s aiming for a chocolate bar, considering Birmingham is the birthplace of British chocolate, but really, it’s just a bodysuit, and she didn’t elevate it the way River did.

Category is … My Favorite Things

Would I personally have Krystal the overall win this episode? No. But did this look blow the rest of the girls out of the water in this category? Yup. With the theme of “cats,” it would be easy to give a run-of-the-mill catsuit, but Krystal elevated it to a place of couture. And that mug? C’mon. That’s not fair.

Choriza’s favorite thing is art, and she’s giving it! This is stunning, but with a sense of humor. I wouldn’t be shocked to see this on a runway outside of the drag world. Choriza is proving herself to be a killer in comedy and on the runway — a dangerous combination. The other girls should watch out.

Girl. What is this. Computer games? I just don’t see how the outfit has anything to do with that prompt. And if you’re going to wear flats, by god, they’d better at least be cute. This is a miss from head to toe. I really don’t know why Veronica wasn’t at least low this episode — guess she has that returning queen armor, at least for now.

This is miles ahead of Elektra’s first look, but it’s still not great. Personally, I’m put off by dressing as a child, but beyond that, these proportions just don’t suit Elektra’s body. She’s made quite a point of being short — 5’2”, to be precise — but she doesn’t seem to have figured out how to dress that frame. Oh, and if I never saw these shoes again in my life, I’d be happy.

The tops of the week are Victoria, who, though she never cracked my top two, was easily among the best of both categories; Krystal, who deserved that placement based on her second look alone; and … Scarlet? For some reason? Soz, but I cannot fathom why Charity wasn’t in the top. She ATE this challenge, and Ru seemed to enjoy her. So why not a spot in the top?

The bottoms are River, Anubis and Elektra. Elektra, yes, I agree. But I would’ve swapped River and Anubis for Veronica and Kitty, personally.

There’s not much to report on from the critiques, aside from Ru’s bizarre treatment of Victoria. For one, he pronounces her last name the American way, “skone,” instead of the British way, “skon.” Which is fine in most contexts, but given that it’s Victoria’s name, it seems wrong to be willy-nilly with the pronunciation.

Second, Ru congratulates Victoria for “breaking ground in ways that no one else has.” Which, yes, she is. But Ru makes no acknowledgment of the fact that it was his own show that established those boundaries in the first place! There’s no reason that cis women couldn’t have been competing from the beginning. If you’re going to mention that she’s making herstory, at least own up to having stood in her way. Otherwise, just let it be.

It wouldn’t be “Drag Race” without a twist, right? This time, it’s that we’re getting two lip syncs: one between the top two for the win, and one between the bottom two to stay in the competition.

First up are Victoria and Krystal to “Total Eclipse of the Heart” by Bonnie Tyler. An amazing song choice, and it’s wild that it hasn’t been on the show yet. They both do well, but Krystal’s emotions are hitting harder than Victoria’s comedy. So she snags the first win of the season! I’m excited to see her in a challenge that’s not about looks — can she keep this up?

Next, the bottom two, Elektra and Anubis, lip sync to “Sweet Melody” by Little Mix. First of all, bop. Second of all, Elektra wasn’t kidding when she called herself a pocket rocket. Damn, can that bitch move! She was turning out tricks we’ve never seen on “Drag Race” — and after over 20 seasons, that’s no easy feat. As Michelle exclaimed during the lip sync, “Oh, shit!”

Unfortunately, that means Anubis is sent packing, despite not doing the worst in this challenge. I wish we could’ve seen more of her oddball drag. This also marks the second season in a row where a Brighton queen has gone home first — does that officially make it a curse?

All in all, a pretty good start to the season! I’m most excited to see more from Victoria, Choriza and Charity, but all the queens have massive potential. I’ve got no clue who’ll be next out the door — I’d say Elektra, but with lip sync skills like that, I don’t know who could send her home.

Next episode is a dance challenge … with exercise bikes? I’m intrigued. I can’t wait to watch the rest of the season unfold — hopefully, it will carry on the UK’s legacy of producing some of the best series in the whole franchise. I’m drippin’! With anticipation.