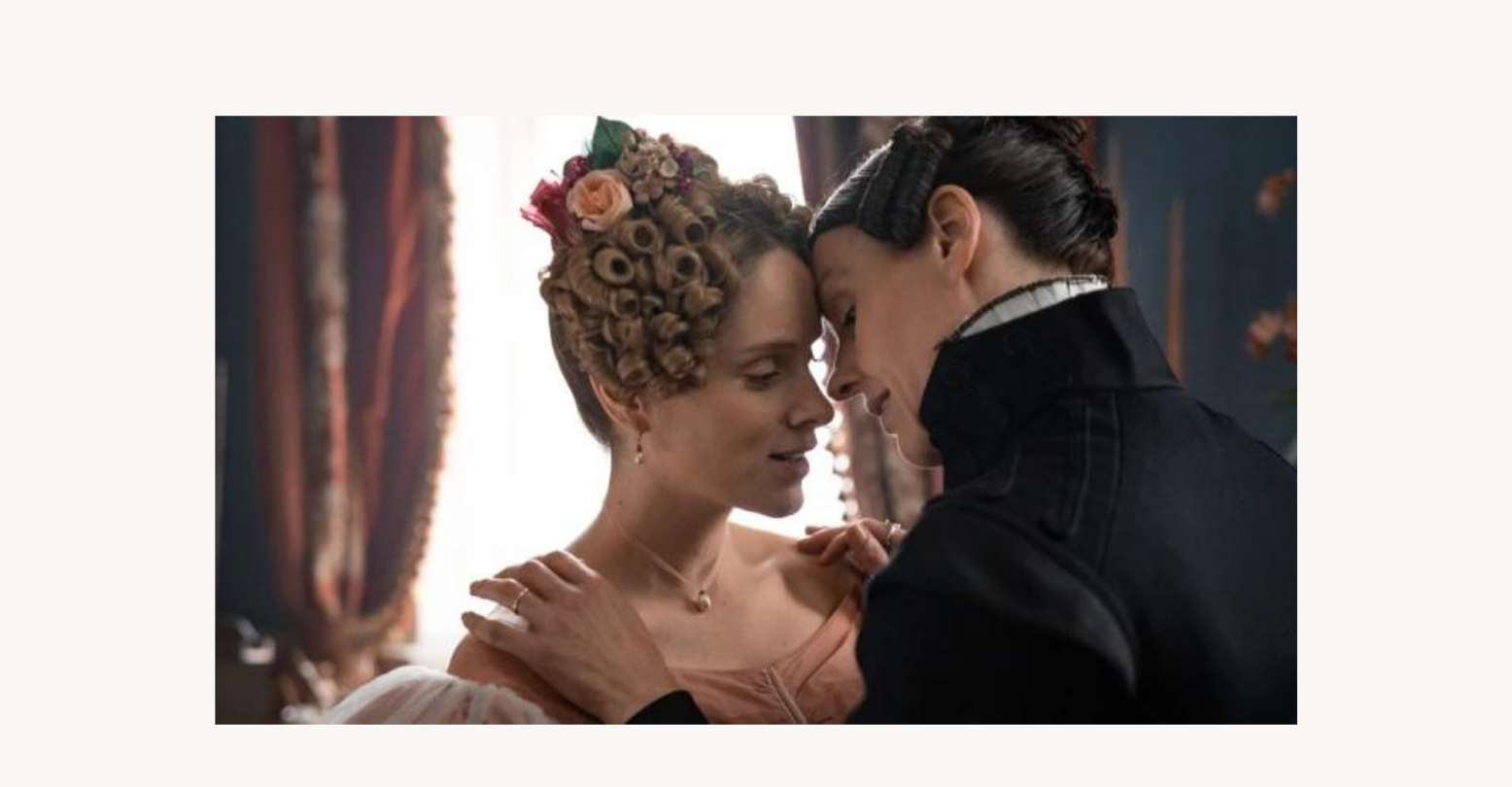 Gentleman Jack, Sally Wainwright’s HBO series about the life of 19th-century lesbian landowner Anne Lister, isn’t your average historical drama. It’s irreverent, meta, and groundbreaking, a fitting tribute to the show’s subject matter. For years, Lister kept a coded diary full of explicit details about her life, struggles, and dalliances. In a time when being out could easily get you killed, ostracised, or at best shoved into the psych ward for all eternity, Lister lived out her life with a boldness that feels modern. So it doesn’t surprise the audience when Suranne Jones—who plays Lister incomparably—fixes her gaze on the camera and enlightens us to the inner workings of her mind. It feels exactly right. When the show premiered in 2019, however, fans didn’t expect they’d be in for this long a wait to feast their eyes on the hotly-anticipated second season.

After pandemic delays, Gentleman Jack’s next installment is finally here: the show’s second season premieres Monday, April 25, and the girls, gays, and theys are positively champing at the bit.

INTO spoke to Suranne Jones about the many different sides of Anne Lister on display in the show’s second season.

INTO: What was exciting to you about Anne’s progress in this season?

Suranne Jones: So the first four episodes show a different Anne to the next four. In one sense, she’s got the wife, she’s got the money, she’s got her businesses and wants to expand into Halifax. The railways are coming in, the canals are up for debate, she’s part of society and she’s diving in full-throttle. And the energy of all that takes us into the next step. She’s taking care of Ann Walker because of her mental health situation. She’s placed away the doctor, because she knew she needed to be the one to look after her as she always has done, as a friend and a partner, before she was able to bring her back to Shipton. I think the shocking thing is in episode one when she admits to not being in love with Ann Walker but being very fond of her and settling for her because she’s in love with her. In a way, I think what’s happening is that Anne Lister is so used to the drama and the intensity of her past relationships with women, and the highs and lows that come with those deep emotional exchanges. But what we’re seeing with Anne and Ann is the reality of a couple living with those societal pressures put on them. We had a bit of fantasy in Series One when Lister expresses that she wants to live with a woman and spend her life with her. It’s been a dream of hers, but the reality of having a same-sex relationship in secret in 1834 is harsh. It’s hard. We beautifully look at the struggles of this relationship and these characters: These struggles have gone on for centuries, but they’re so relevant to now. I think if you can’t see it, you can’t understand it, so Sally [Wainwright] has drawn these characters in such depth and detail that we have a better understanding of what it is to commit to someone in those circumstances. And it isn’t that different from people today in certain communities and countries. I think it’s a truer version of our heroines and the struggles they face.

It’s interesting too, because you have all these scenes where Anne enters a room where Ann is and they both have to sort of case the area, making sure there’s no way they can be observed. It’s interesting how the show visualizes the divide between the “public” and “private” Anne.

Yes, and the fact that Sally hasn’t rushed any of those moments. She’s let the audience sit with them so that we really understand what it is to navigate all that. Lister is bringing her wife into her home and living their relationship out in this hiding-in-plain-sight way so that she feels she doesn’t have to hide. But by doing that it creates so many other problems, it feels like the coil is being wound tighter within Ann Walker because the pressure between what she feels she should be and what she is. It was more about the religion element in the first season. Now it’s about what it’s like to live with your wife and remain passionate and not have a child or a piece of paper that bonds you together. These are things, again, that people have struggled with for centuries. The beauty of this program is that it’s given people a jumping-off point for a conversation, and it’s helping us to understand all those intricacies. And it’s from a diary. There are five million words that Anne Lister wrote, and Sally has done this amazing job of creating a story with comedy, lightness, and elegance. There’s nothing quite like it. ♦