The internet is a fickle mistress, but it’s never been wishy-washy about Brooke Candy. From her rise as a Tumblr darling to her reign as the freaky princess behind viral club-rap anthems like “Das Me” and “Opulence,” Brooke has had the web—and visionaries like Steven Klein and Grimes—completely in her thrall.

Today the love affair continues with the premiere of “Volcano,” which she co-wrote with Sia and producer Cory Enemy. Musically the track fuses the gritty attitude of her early work with the glossy pop sheen of recent singles like “Living out Loud”, but the video is pure old-school Brooke Candy: otherworldly looks, freaky deaky situations, and a cameo by Hustler founder Larry Flynt. In other words, it doesn’t disappoint.

With her first-ever tour underway and an EP due at the end of Summer, we caught up with Brooke to chat about the video, her evolution as an artist, and her undying love for the LGBTQ community.

Grindr: “Volcano” is pure fire. What was the inspiration behind the song and video, and how do you see it in the context of your stylistic evolution?

Brooke: The song is sexy and fun. It’s definitely propulsive and hooky, so the video sort of serves as a juxtaposition to the accessibility of the song. I thought it would be fun to create this polarizing visual that explores feminine sexuality in the way it’s perceived by the heteronormative male gaze vs. the way it’s expressed and experienced. It sort of feels like a return to the expression of my earlier work—it’s all part of the evolution.

Can you tell us a bit more about the making of the video and the team behind it?

The video was shot partially in Las Vegas and partially in LA with stylist Love Bailey and director Matt Boman, who I actually worked with on my first-ever video “Das Me,” so in that sense it was a true return to form. It definitely felt a lot closer in style to my early early YouTube videos—low-budget guerrilla-style, just pure expression, getting the shots we need without too much pre-planning. It’s all pre-meditated as far as the end-goal, but some of the best footage is completely spontaneous.

We spotted Larry Flynt in the clip. How did that cameo come about?

My dad is Larry’s business partner in Hustler. If I’m creating a visual about the way female sexuality is interpreted it only makes sense to feature an icon in the sex industry. He was incredibly gracious and looked so cool in the video!

“Volcano” feels new for you in the sense that it’s got a bit of romance to it—at least more so than previous tracks. Is it about anyone in particular? Is there a deeper meaning behind it?

It’s not necessarily a love song, but it definitely is sexy and maybe my first foray into lyrically referring to sexuality in a non-aggressive way. It was originally written during the process of collecting songs for a full-length project so it was intended to multi-demensionalize me. And then it ended up so strong and hooky and playful that we decided to make it a single.

Can you tell us more about your forthcoming EP and what to expect? Do politics or social issues factor in at all?

I think my political and social beliefs are really at the forefront of my aesthetic and my performance, so as an artist it will always factor into my work—sometimes more blatantly than others. The EP is extremely dope so far, we’re finalizing a lot of it now, but just like the “Volcano video” and my current team and process, it all feels a lot more like when I first started. A little more DIY, a little tougher. Part of growing is reflecting on your journey and realizing what satisfied and worked for you and what didn’t. I’m in the best place creatively that I’ve been in a really long time.

What lessons have you learned about the music industry up to this point, and how has that affected you as an artist?

I love music and I’m just grateful to get some out to people who have been waiting so patiently for so long. The industry is exactly that: an industry. You can’t blame anyone for being cautious or over-thinking things, but art is meant to be felt and interpreted, not always bought or easily digested. I’m at a point of gratitude now to be reclaiming my art.

You performed last night at iconic LA gay party TigerHeat. What does the queer community and its support mean to you?

The queer community’s love and respect towards me and my wacky, trashy, and highly unpredictable art has continuously propelled me forward. To be loved by a community so well-versed in what it truly means to be tolerant and loving is a gift that I’ll probably spend the rest of my waking life trying to repay. I’m accepted and celebrated for being a the freak that I am, and what’s better than being loved for being your 100% authentic self? 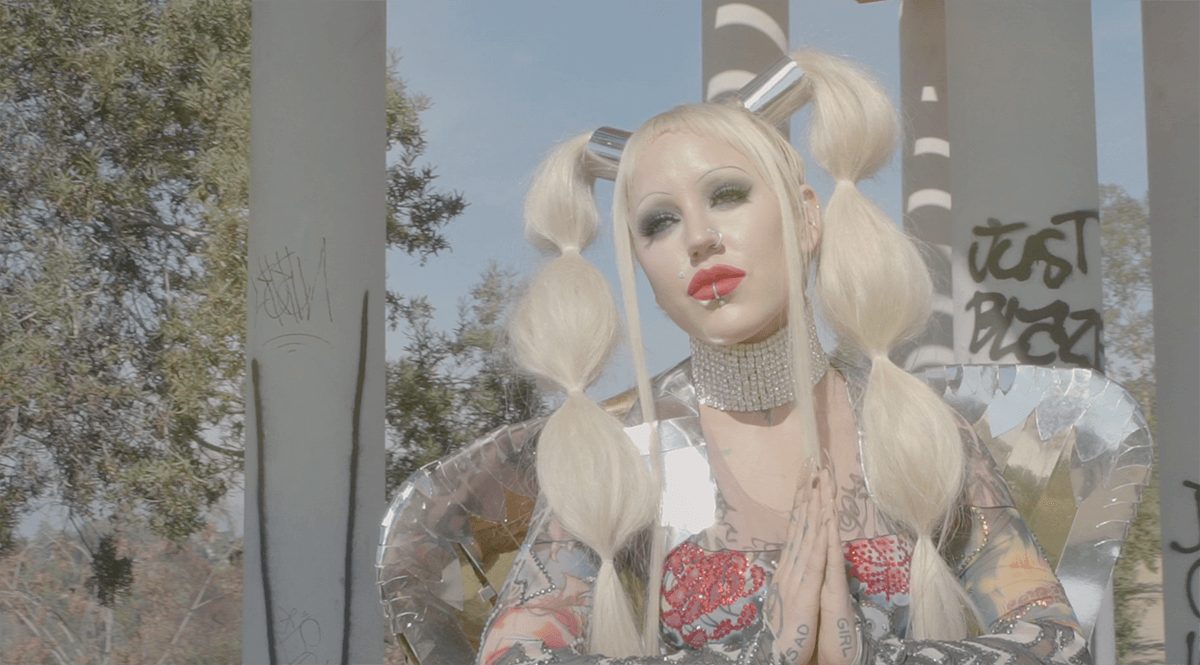 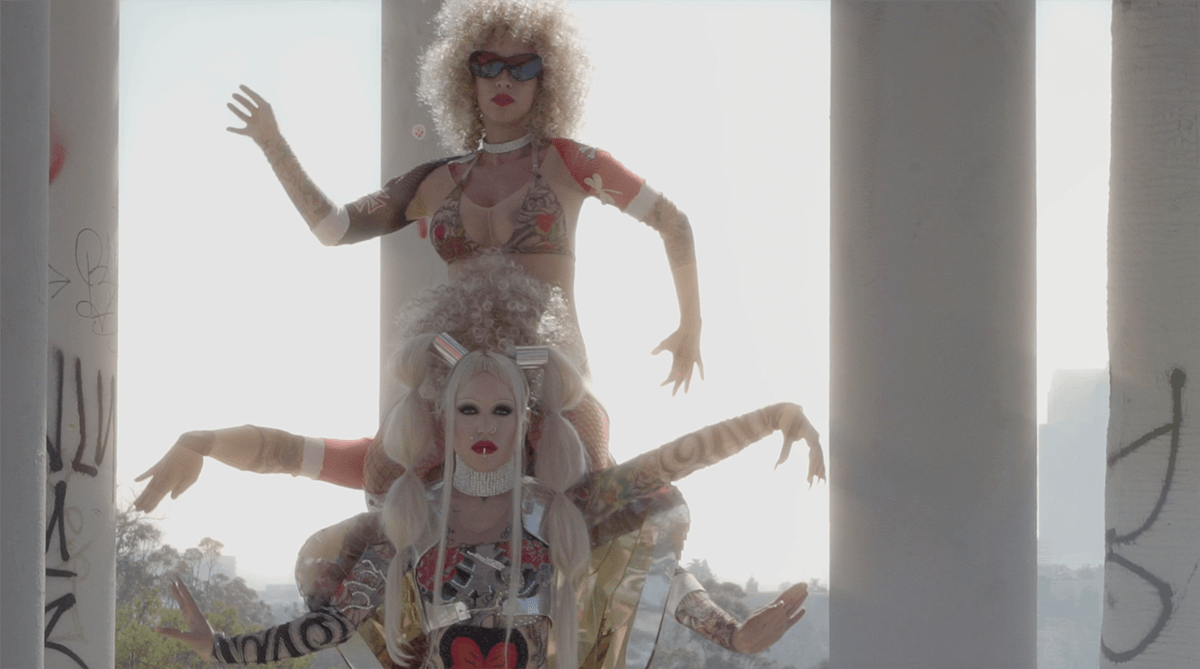 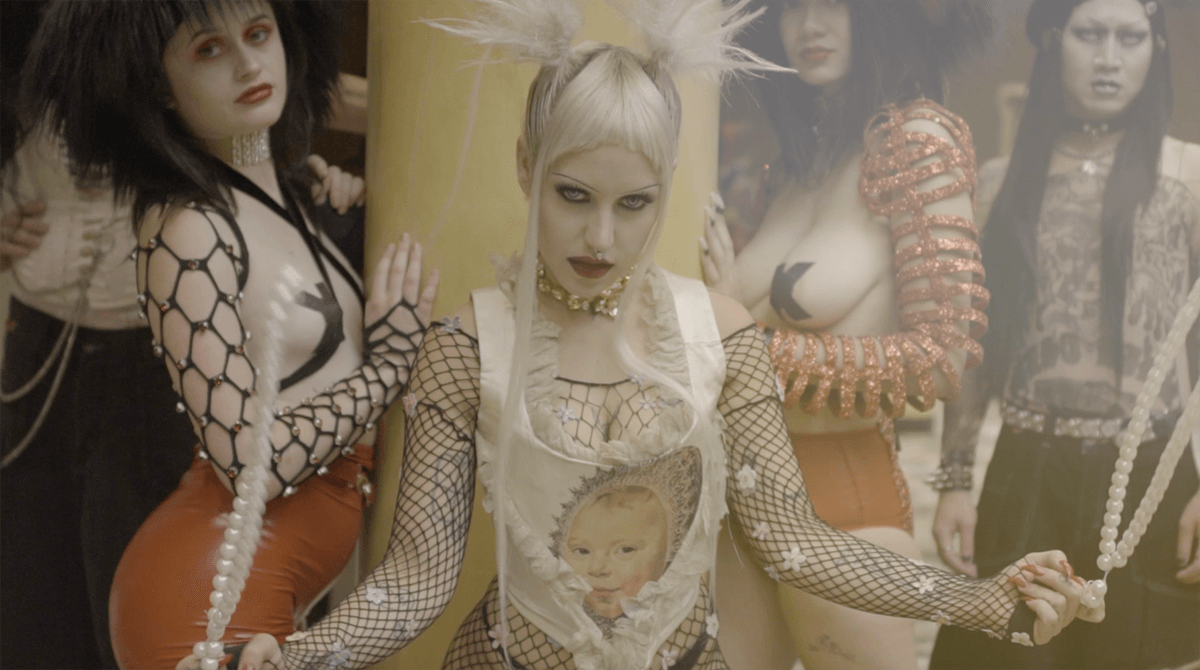 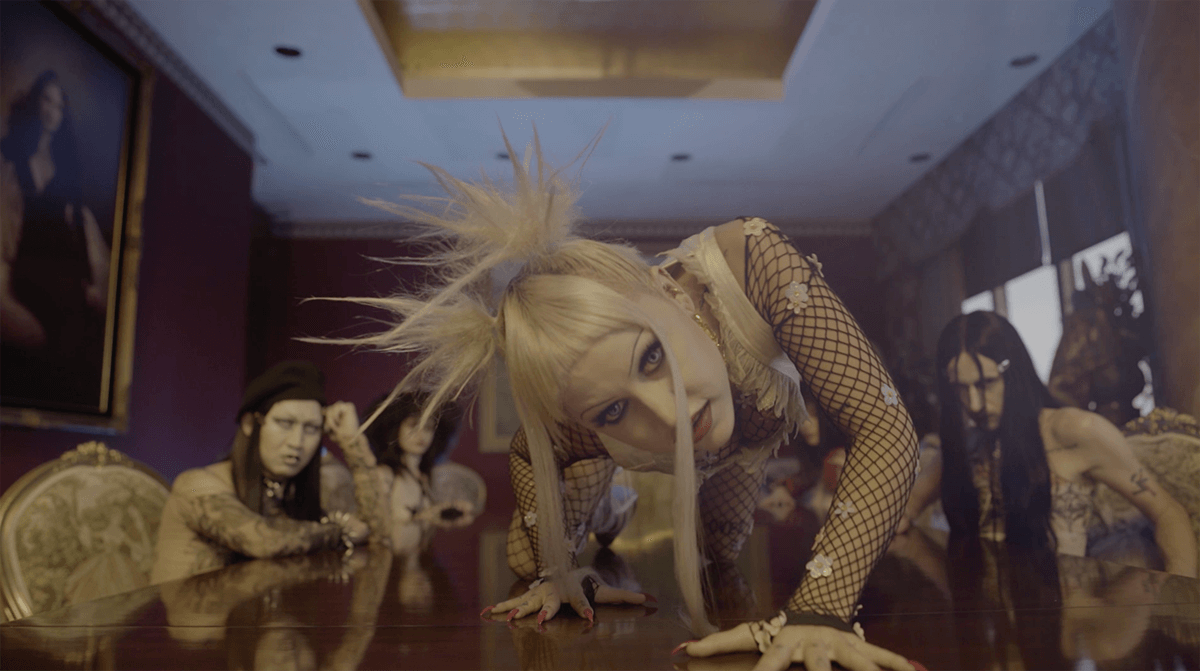 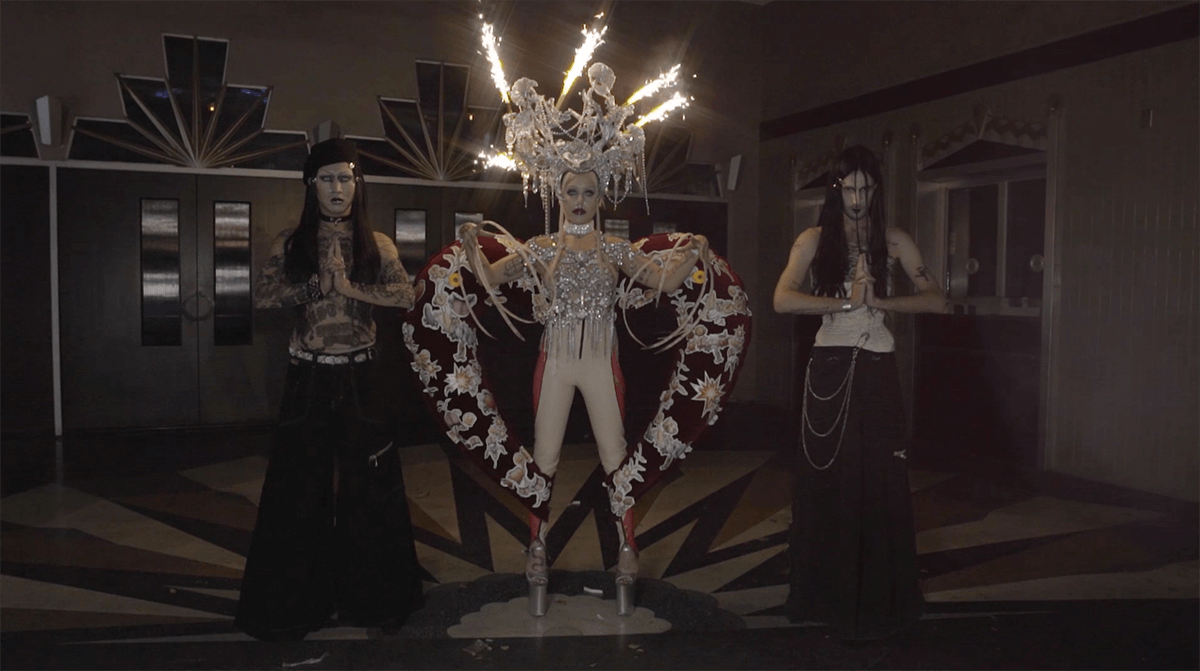 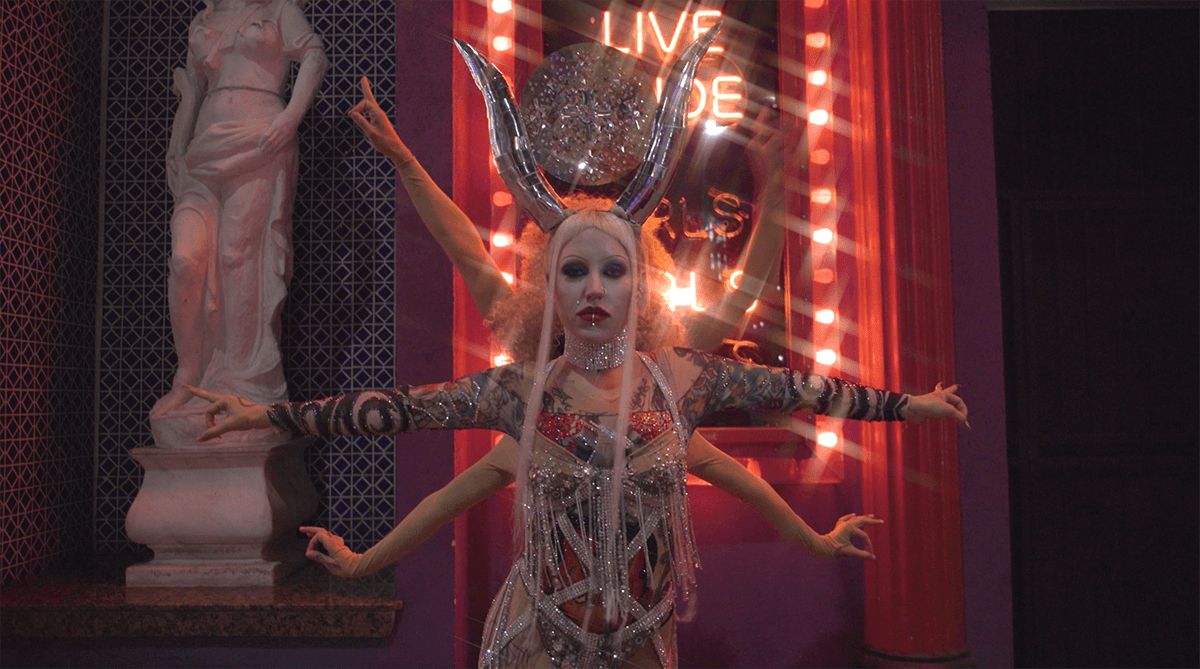 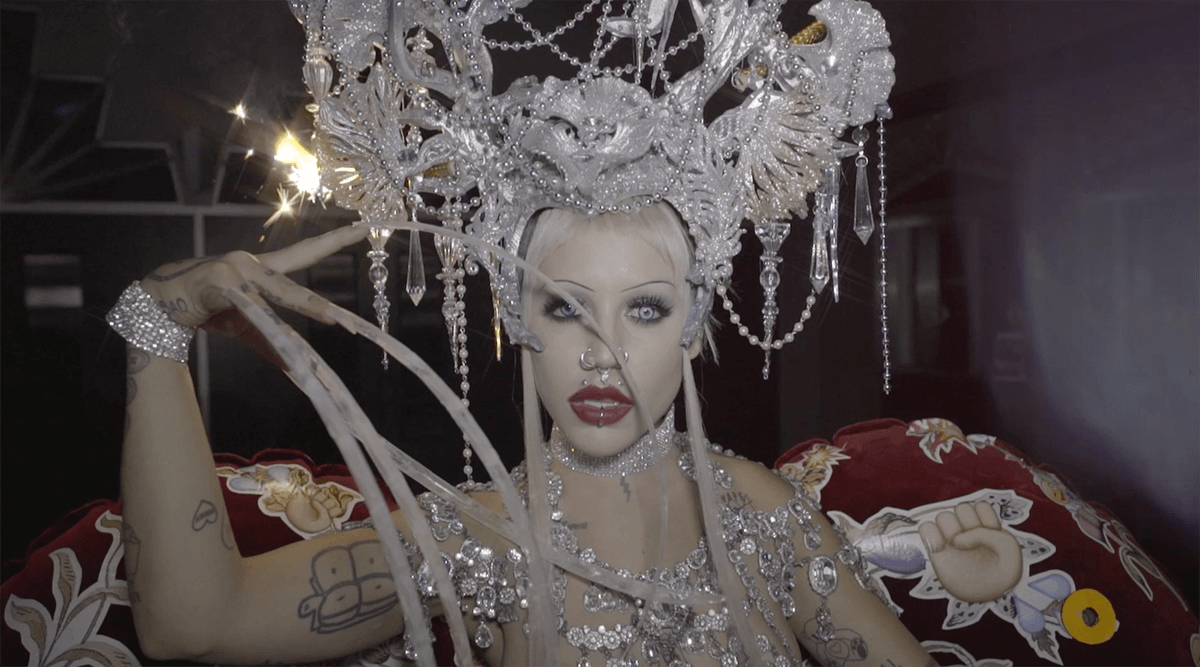