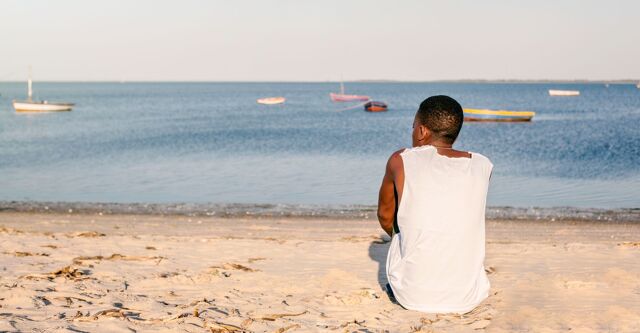 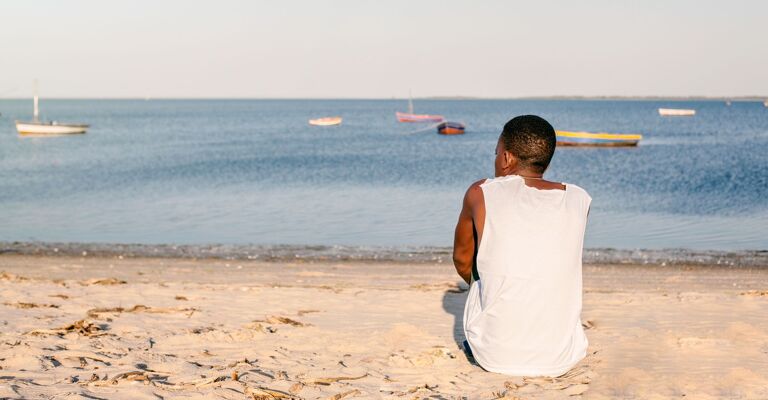 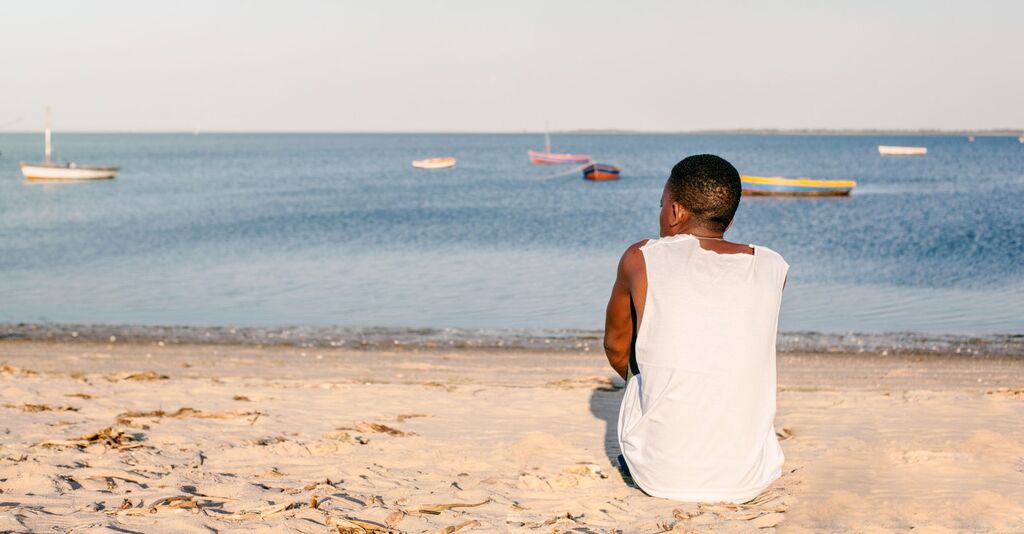 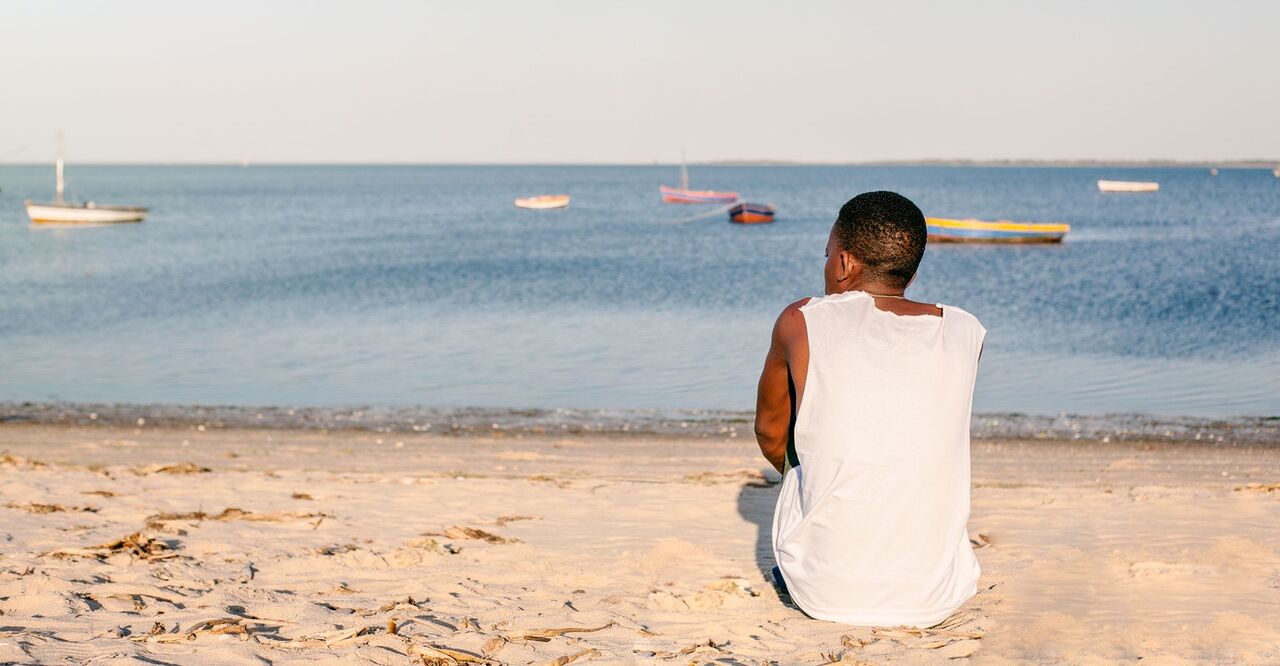 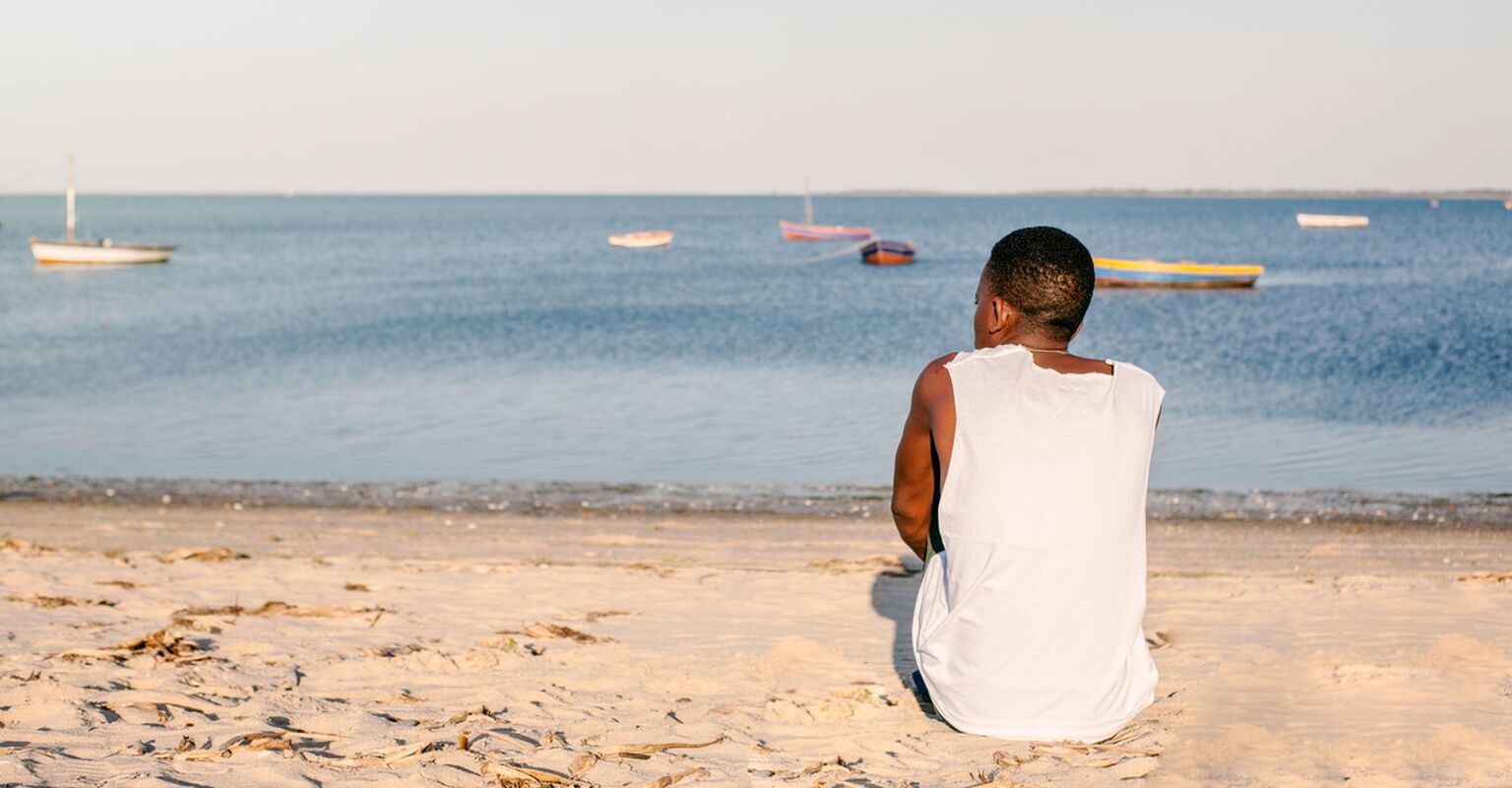 Whenever summer inches closer, I think of how the heat bounces off the sidewalk, like basketballs on a court in June. I remember past images of people passing by on streets with joy in abundance and a lack of clothing, with sunshine being the catalyst for both. I’m also reminded of a time when the summer sun made me anxious, and the one trip that made me reevaluate how I viewed my body.

In 2016, I touched down on the shores of Fire Island. On our last day, as we had done days before, we traversed through the coastline to relax on the beach. I tasted the salt in the air as it caressed my skin. I struggled to find my footing in the sand like a toddler learning to use their legs, stumbling across the shifting ground right behind my partner and friends. Finally, we stopped at a stable place, watching the sand disappear into the pale blue horizon.

After a few minutes of setting up, my group started to drop trou. What was so easy for them felt agonizing to me. Their clothes were an unneeded burden and mine were armor. Each piece protected me from the stares and comments that cut deep and left wounds that rarely healed.

What was so easy for them felt agonizing to me.

Taking off clothes meant exposing myself after years of covering up; hiding skin that didn’t defy gravity, concealing areas that became a gradient of browns in places it shouldn’t, camouflaging parts highlighted by stretch marks that shot across my body clear as lightning.

Wearing a t-shirt or a button-up felt like a small reprieve from the anxiety that clung closer than the fabric on my chest. Beach trips meant showing skin and showing skin meant revealing to the world a body I wasn’t sure I wanted to share.

My typical vacation locales tended to require more clothing. But on Fire Island, like on many a queer beach, clothing was optional – wrestling with my body image was not. I never cared about the way the world viewed my body until they made me care.

As a child, I was heavier and carefree, but when puberty came, so did the insecurities. My weight was disappearing, but new marks streaked across my arms, back, and legs like the lines in cracked seashells. The skin I lived in no longer fit in the way that I was accustomed to. I was a strange inhabitant of a suit that barely covered me or my feelings.

On Fire Island, clothing was optional – wrestling with my body image was not.

So, in this moment of reveal-or-don’t, the pressures of childhood all came flooding back. I remembered the discomfort I felt when I had to wear a sleeveless jersey at a middle school track meet. The embarrassment I felt when my high school friend’s little brother innocently asked if I was pregnant because his mother had the same marks on her body before his last sibling was born.

Back then, I wondered if, somewhere, there were other kids who looked like me. But my longing only made me feel more othered and alone.

They say time heals everything, but they never talk about the scars that remain. My youth was gone, but the fear of judgment never left my body. There was always the worry of someone touching my arm and feeling my skin move too freely underneath their hand. Or perhaps I would feel that bit of sweat trickle down my back from the stress of unwanted stares in public.

At some point, you grow tired of it all. The incessant criticism of your body by the voices in your head, or the ones echoing from the mouths of strangers, create a weight too heavy to bear. I wanted to feel free within my body. I wanted to feel like I could just be. Here, on the beach at Fire Island, I could take back what I lost.

My youth was gone, but the fear of judgment never left my body.

After living in New York City for so many years, I finally made the gay rite of passage there. This was supposed to be a safe haven for queer people to just simply exist in their flesh. But many of these freedoms were geared toward people who didn’t look like me.

These men didn’t have to second guess taking their shirt off, let alone wearing a short-sleeved shirt. These men didn’t feel picked apart by wandering eyes. Their skin was nothing more than a beautiful veneer, not a fortified shell.

I wanted nothing more than to feel comfortable with the body that I brought with me from New York City. But my chance was slowly slipping away, like the sand between my toes. After two days hidden on the beach, I pulled my shirt over my head.

Stripping away my attire added an extra layer of anxiety. I couldn’t help wondering if exposing my body would show everyone more than what was skin deep. My pain couldn’t be completely removed with each piece of clothing, but maybe it could be the first step towards healing.

So, each raw memory faded into the background as the sun shone on my skin. The earth beneath me warmed the soles of my feet, while the midday sun became the only clothes on my body. Every part of me was visible to anyone at the epicenter of Fire Island’s shoreline and for the first time, I didn’t care.

Naked body after naked body passed by with an unknown destination, but not before offering me a friendly smile. They moved onward, while I lost myself in the moment. The smell of ocean spray brought me back to my center. I laid all of me, physical and emotional, onto a beach towel underneath an umbrella and took in the world.♦