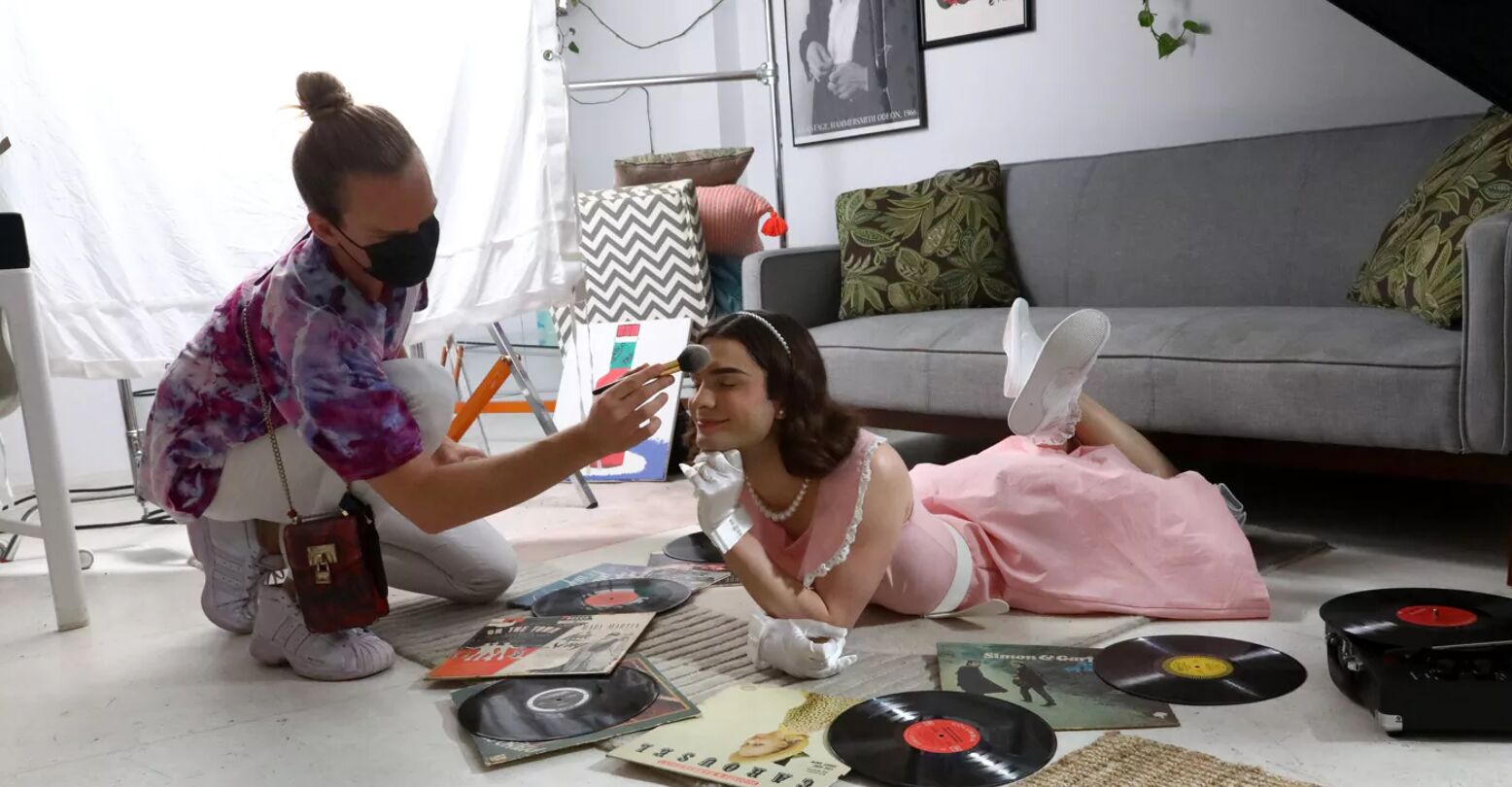 With almost 3 million followers on TikTok and 144k on Instagram, Dylan Mulvaney is redefining trans visibility on social media. The actress, comedian, and content creator is busy getting used to her newfound fame all while navigating her transition and documenting it for an audience of millions. In Mulvaney’s “Days of Girlhood” series, she comes on TikTok every day to document her transition and relay whatever wisdom she’s picked up about being a woman.

INTO had the ultimate privilege of talking to her about her series, trans visibility, and her love of possums.

What inspired your “Days of Girlhood” series?

I was very newly trans, and the realization that I was a trans woman was sort of this fresh thing at the top of the year and I had told some of my friends and family, but I had to sort of come up with this plan as far as how I wanted to come out publicly. And I think most queer people—and especially trans people—have to decide what their coming out is going to look like. There’s so much that goes into a transition and I realized that I have the opportunity to showcase a transition really early on, which is something that I had never seen before. I had only seen these fully developed trans women sort of living their lives successfully. And I was scared to even come out because I didn’t look like them. There were parts of me that were really terrified that I would not be accepted by society on social media. And then I decided, this is kind of a fun opportunity. So, I started making a few daily videos and they were mostly just for friends and family. Millions of people have now signed on to watch my journey. I feel really lucky to have the opportunity to create this series because it really can show anything and everything when it comes to womanhood, so I’m just excited that now I have so many people along for the ride with me.

What have you learned about yourself as a trans woman since then?

And one thing I’ve learned about myself is that I’m a lot stronger than I thought I was. And I always saw myself as a very soft person. And I think the Internet also does see my vulnerability and my kindness and my warmth.

I have to navigate the hate that I’m receiving and the overwhelming nature of going viral and how that’s going to affect my life. I’m really proud of how I’m navigating the stress and the anxieties because I really do have strength. I’m still very much a soft, kind person. But every day I’m surprising myself with what I’m capable of doing; in what goals and dreams I had that I’m now making happen. I didn’t know that I had the strength to even do these things. And in a way, I think it took me becoming a woman and living my truth to finally find that confidence and that strength because I couldn’t have it before transitioning.

I’m a stand-up comedian as well. And it’s been really great to infuse my content with comedy as well as education. I think for most people, TikTok is an escape. People want to go on to TikTok to find comfort, to find laughter, to find an escape from the stress of their days. And the way I try to educate about the trans experience is through really silly and heartwarming ways so that people don’t feel overwhelmed by activism, or like feeling guilty about their allyship or anything like that. I just want to open my platform and my content up to anyone that’s interested in that just needs a little break from reality for a second and to feel like I am their friend in that.

Your series features things you picked up along the way as a woman: what was one thing that stuck with you?

I think a lot of cis women have learned some of these things that I’m currently facing throughout their life and they don’t really have to think about it because it either comes naturally or it’s taught to them by their mother or someone. Now I’m faced with learning all of it all at once, and it can feel very overwhelming. But there’s also something so fun about connecting to other women through TikTok and Instagram.

It’s also nice to be told that they can relate to what I’m going through. I think the biggest divide between cis and trans people has been the relatability and how we can connect. I want to try to bridge that gap.

It’s a tumultuous time for the LGBTQ+ community, especially regarding trans healthcare in states like Texas. What role do you think social media can play to aid trans youth?

Just the power of social media giving access to trans creators will save lives. Censorship or the idea of hiding your children from trans people could potentially make these kids feel unseen.

I felt like an alien growing up and if I had some version of my older self on TikTok or on Instagram, I would like to think I would have figured a lot out about myself earlier than I did. Because it does take exposure, and we want to show that we can live our lives as happily as possible.

TikTok is amazing and, dare I say, addictive. What’s your “For You” page looking like at the moment?

I see a lot of cute animal content. I see a lot of comedy content, since I’m a comedian. But now, the coolest thing I’m seeing is all these trans creators on my page. And that’s been really cool, just to see how other people showcase their experiences. Because people have different styles of content-making and creation. I don’t have that many trans friends in my immediate life yet, but I’m making all of these trans friends on the Internet and on TikTok. And that has been such a gift, because I’m learning from them.

Ok, I know you love animals and you were a wildlife rehabilitator in the past, please tell me more about the baby possums!

I used to work at a pet shop when I was 11 years old. It’s always just been an ongoing thing: my overall love of animals. And I started taking care of a baby possum. Last summer I had a wildlife license and I was working under a director. I had, my possum, Pearl, and she lived in my West Hollywood apartment for three months because her mom dropped her and she fell into a pool in someone’s backyard. I raised her and then she was able to go out live out in the wild.

Visibility is so incredibly important in the trans community, what do you hope folks will see when you come across their For You page?

My hope is that they feel represented in a positive and impactful way. And that they are able to see someone like me and realize wow, like, cis people are ready for us. It’s especially for those trans people who are not fully transitioned and who are feeling alone or scared or still in the closet. I want to be the example to lead the way for us to be ourselves, no matter what stage of our transition we’re in. I want them to know that they’re loved, especially trans kids. I want to be a trans adult that they can look at and think, “oh, my life has the potential to be amazing and to find success no matter what their dreams are.” I hope that my videos can serve as a little hug and a little cheer for them, no matter what they’re going through.♦