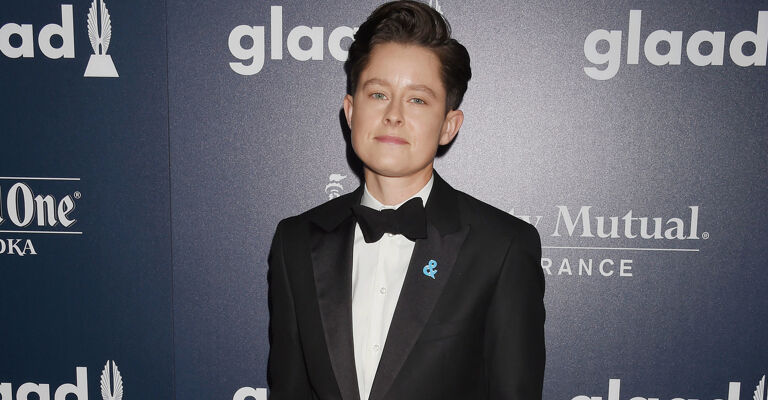 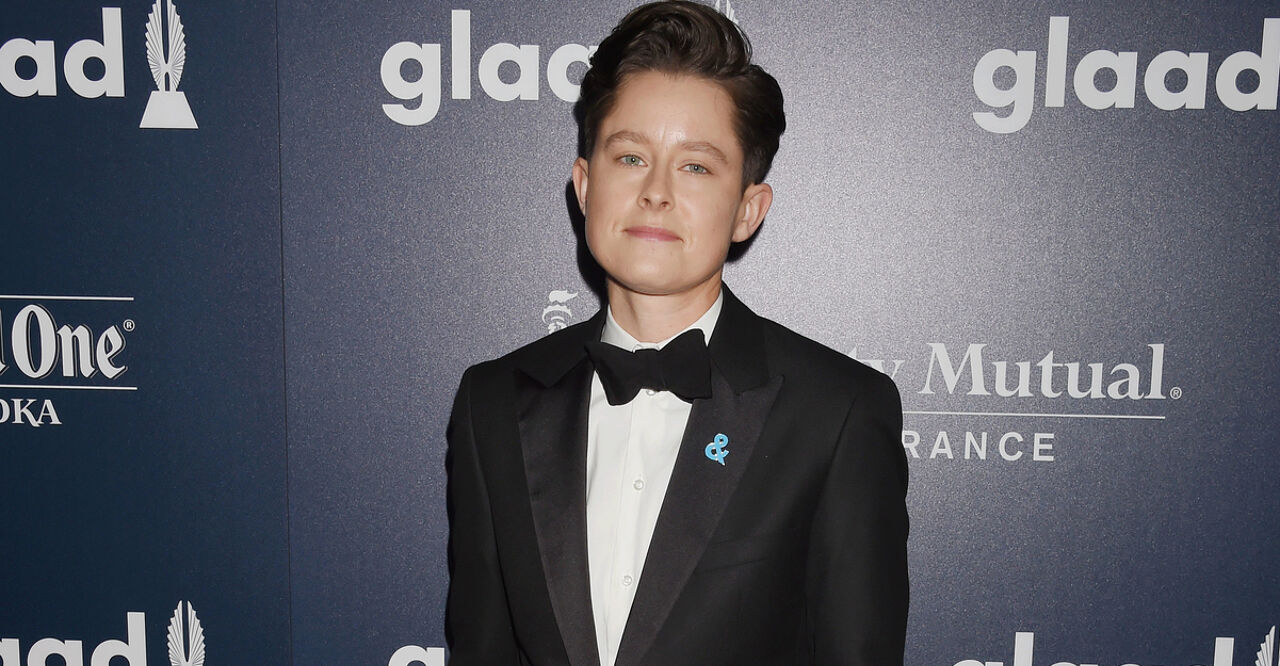 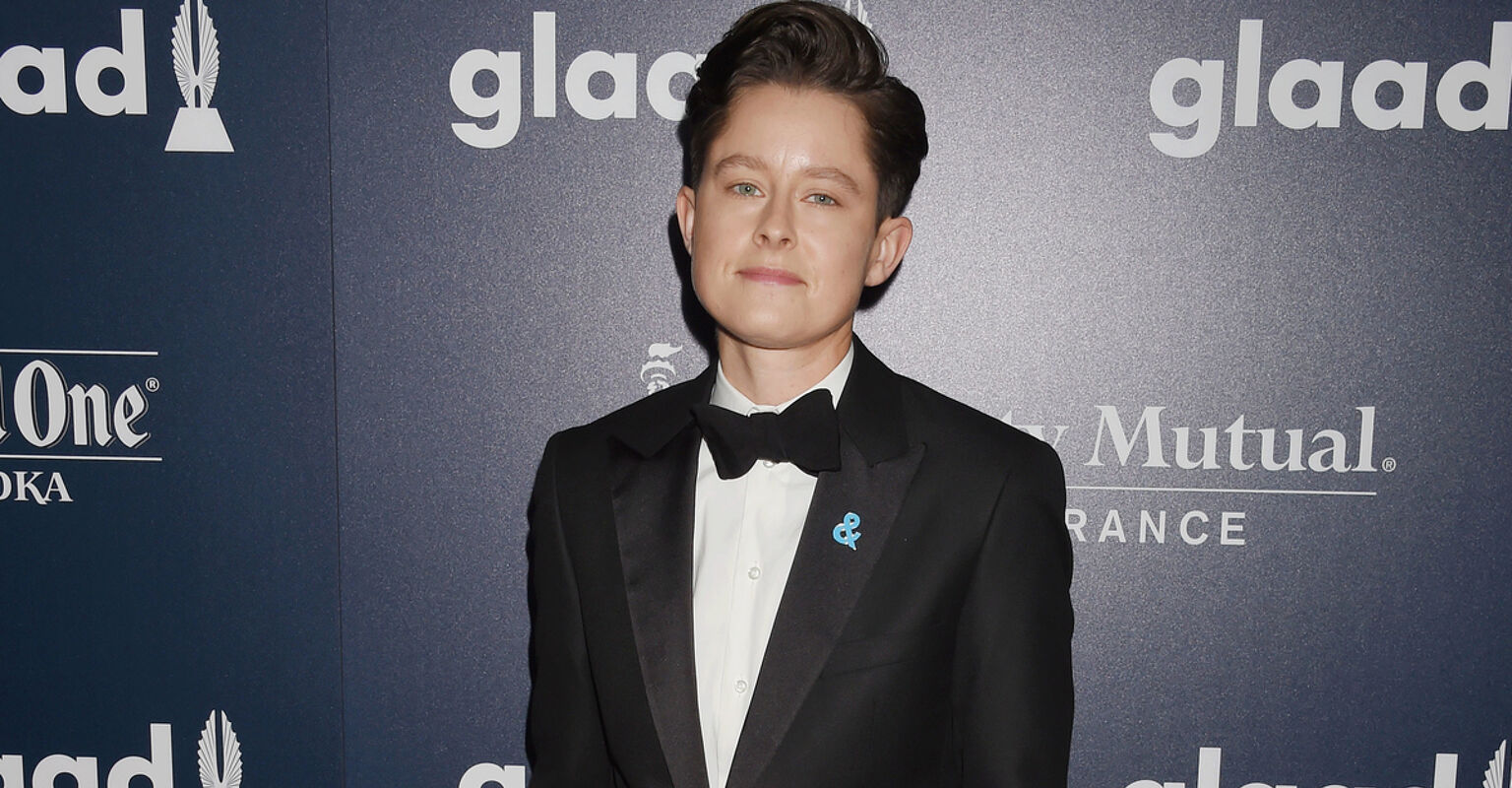 As soon as I figured out I was a lesbian, I worked way too hard at not becoming a stereotype. I grew up a tomboycut my hair short and wore “boy’s” clothesbut as I began figuring out my sexuality, I grew out my hair and went back to the “girls” section.

I know I’m among many friends who struggle with this, rejecting some of the most beautiful parts of ourselves in order to be like the most boring straight people we know. It’s partially internalized homophobia and a lot of internalized misogyny as well. There’s a lot of societal pressure to conform to what’s considered “normal,” and a lot of it comes from members of our own community. Bisexual people are pressured to just “pick one already,” gay men are told to be masculine and to reject femininity (masc4masc anyone?), and lesbians are supposed to let go of their masculine tendencies in order to appeal to (straight) men.

I had a lot of anxiety surrounding my identity while I was growing up, and I’m still working to move on from it. I’m from a small town and I had a few bullies during my tomboy days, so I knew how people would feel about me being a lesbian, especially one who leaned butch. Gender roles were a lot more important even just 15 years ago, and I felt a lot of pressure from my school and my community to conform to what a lady should be.

I once overheard a teacher’s assistant say I was going to grow up to be a dyke. At the time I didn’t even know what that meant, but the way she said it made me never want to become one. I was adamant for years that I was no dyke. Even my family (both explicitly and inadvertently) sent me the message that femininity was the ideal. My mom was always happiest when I picked out clothes from the girl’s section.

As I came into my identity as a lesbian, I noticed what made people feel comfortable around me, and it was always when I playing femme. It was like the more uncomfortable I became, the more comfortable everyone around me became. I tried to be a queer person who was palatable to straight people. I saw myself as a sort of a sort of “cultural liaison”; a tour guide for heteros to encounter the queer community in a way that challenged their ideas of who lesbians are, but not enough to make them uncomfortable. All the while, I was pushing away the things that made me most happy. I was making myself miserable so that straight people would like me.

While I was getting these messages from the people closest to me, another part of my anxiety came from not seeing people like me in media. You’ve maybe noticed that a lot of lesbian representation in media is decidedly un-butch. There are so many different ways to be a lesbian, and I’m happy that my more femme-leaning counterparts have people to look to in media, but at the same time, I also wish there were more butches. Soft butches, tough butches, tender butches, diesel dykes, and everyone in between. There are an infinite number of ways to be butch, and I’ve been combing through Gay Internet for years to find my people and my own personal heroes. While I don’t mind doing this work because I love gay women and I love the internet, I could have found inspiration much easier (and sooner) if butch queers were better represented.

At first, the only butch lesbians I really knew of were Rosie O’Donnell and my auntand even they both had long-ish hair). I heard how people talked about them and I saw the way they were treatedboth in my family and in the mediaand I was wholly uninterested in being a part of that. They were also a different kind of butch than I turned out to be. I would categorize my aunt as a Diesel Dyke, whereas I think I fall more in the Soft Butch category. (I didn’t even know there were options!) I had a couple examples that didn’t quite fit me, and so I picked what made the people around me most happy and comfortable–not being butch at all.

Everything started changing about a year ago when I went and got my first baby butch haircut.Now looking back it seems silly, but in the moment, I was petrified.

What if people thought I was a boy?

That question filled me with the most anxiety. I was so worried about being mistaken for a boy that I kept myself from being true to who I was for way too many years. I was afraid of having to correct a strangerthat takes a lot more confidence than I had in myselfbut I was also afraid of what people would say or do once they realized I was a lesbian instead of a boy. I’ve read plenty of stories about lesbians getting assaulted or killed for just expressing who they were through their clothes and their hair, and I didn’t feel strong enough to deal with the possible repercussions of being myself.

Seeing Rhea Butcher, a hilarious comic and very dapper queer person, eased my fears of being butch in her stand up routine. She told the audience that a lot of people call her sir, and she responds very calmly (almost with a sort of boredom) with “I’m a woman.” It’s apparently that easy! This may sound ridiculous to non-butch folks, but I had never heard someone talk so openly and easily about being mistaken for a man and then give a very easy and real way to respond. While I still have the occasional fear, especially concerning public restrooms, seeing another butch confidently live their truth really helped to ease my anxieties and come to terms with who I really am.

Seeing butch queer people owning it gave me permission to be myself. I saw myself in these badass, beautiful people, and suddenly I felt like I could take on the world. The best thing I could ever hope for is to be that person for someone else. The idea that I could be to someone what Rhea Butcher is to me carries me through the tough days and inspires me to live my best self and be true to who I am.

Until I saw people like me in the media, and just queer people owning it in general, I didn’t have examples to look to. I didn’t even really know how to be myself. Moving to a bigger city, surrounding myself with queer people, and searching the internet for other butches all helped me figure out my own identity, and I’m forever grateful not to be that scared, pretending-to-be-femme lesbian in a small town anymore.

Internalized homophobia has stuck with me in ways I could never have imagined but I’m finally starting to accept the undeniable truth about me: I am a goddamn lesbian stereotype. I love my short hair, I feel most comfortable in clothing made for men and boys, and when (if) I get married, I’m not wearing a dress. Ever since I started living as my real butch self, I’ve been so much happier, and people can tell. Friends who I haven’t seen in awhile will often tell me that it seems like I’m really being who I was meant to be, and my best friend tells me that I even carry myself differently these days. The magic of being yourself is unparalleled.

As I make my way through Butch Puberty (learning how to tie a tie, trying out different tomboy fashions, attempting to thirst trap on Instagram), I have a little advice for any other baby butches out there who are nervous to take the plunge: Live for yourself. At the end of the day, your opinion is the only one that matters, and I promise you’re going to look SO FLY in that short haircut you’ve been dreaming about. Just live your truth and the rest will come.

Life is too short to be who you’re not, and we are all too fabulous to keep caring about stereotypes.