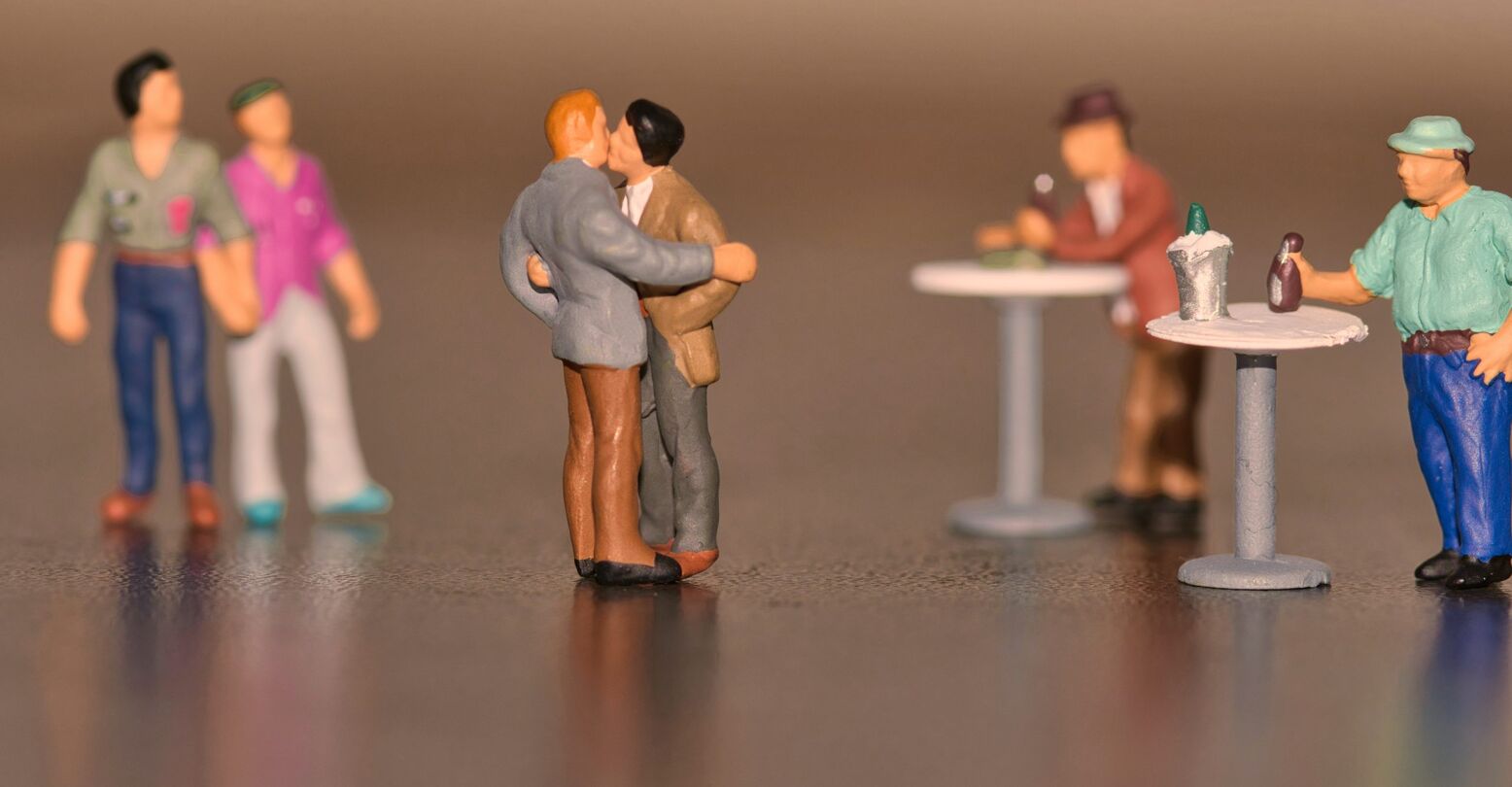 When I have time to spare, I go on imaginary errands. They are not imaginary to begin with: I leave my apartment, telling myself that I will buy that book I’ve been wanting to read or visit a restaurant I haven’t tried before. I tell myself that this is exploration, something to do with making the most out of living in San Francisco. What ends up happening is that once I start walking and my mind starts wandering, I can’t stop. I walk past the stores and the bars, glancing momentarily through the windows, watching other people make the most of their time in the city. I return to my apartment, having spent my day as effectively as a ghost.

This, or some other waste of time, was how I was going to spend Pride this year. The news that most of the 2021 events had been canceled came as no surprise to me. I was used to cancellations by now. I was used to filling the void that had once held a social life with some flavor of aimlessness. And then, literal days before Pride weekend, my friends were inviting me to all sorts of events—a drag show, a DJ set, a concert, grand reopenings, and sudden reopenings. Like it was nothing, Pride weekend was back on. So why wasn’t I happy?

I know in many ways Pride has strayed from being about justice to being about parties and corporate pandering. I still can’t help feeling sentimental about it. When I came out, I was living in a nowhere suburb in Texas. I was the only gay person I knew. But the first time I went to the nearest city’s Pride was life-changing. I never imagined how it would feel to see so many queer people in one place. All of a sudden, I was not alone—not even close. Although I wouldn’t say I need that kind of reassurance these days, some part of that small town hatchling is still inside me, eagerly anticipating the next Pride.

Like it was nothing, Pride weekend was back on. So why wasn’t I happy?

Except this one. And there was every reason to look forward to this particular Pride. After a year of social distancing and demoralizing politics, what better opportunity could there be to just relax and have some fun with some friends I hadn’t seen in months? How could I refuse? But as the day drew closer, the shaking excitement started to feel much more like dread.

The morning of Pride was gloomy and overcast. In literature, weather that projects emotion is called a pathetic fallacy, so already my day was starting like a bad novel. Probably a symptom of my mood, I got up late, leaving myself no time to plan The Outfit. I settled for an outfit, any outfit. Too late for the train, I had to waste $30 on a Lyft across town, the first I’d been in in over a year. In the backseat, someone had left a mask, limp and deflated like a burst balloon.

I was used to filling the void that had once held a social life with some flavor of aimlessness.

Although we were headed for the Mission and were cutting it close to my reservation time, my driver took a route through the Castro, which was blocked off and full of traffic. He asked me what was going on. To this poor man, oblivious and mildly irritated, it was just another Saturday. So there, in the middle of the Castro, on Pride of all days, I was fully in envy of a straight man.

Eventually, we passed Dolores Park. In a few hours, the place would be swarming with scantily clad debauchery, but some early revelers were seizing territory with inflatable chairs and glittering towels. I’d considered the park—it was free, sure to be full of cute guys, and we’d had to scramble to find any events that weren’t sold out—but I remembered previous years when the park was so crowded I could barely walk. I’m vaccinated, but that is meaningless in the face of our other ongoing epidemic: mass shootings. This is what my anxiety gets to look forward to now that we’re opened up.

So I was headed for a relatively small outdoor drag brunch. I was dropped off barely in time to be seated. One of my friends was running late, and the other had bailed. I drank to calm my nerves, but the mimosas were both weak and overpriced. Some things, at least, never change.

As my friends arrived and we caught up through occasional bouts of silence, other brunchers were pouring in. Pretty soon, the patio, some fifty chairs, was full of maskless people. I have to admit, while I’ve taken the pandemic and all of the ordinances seriously, I couldn’t wait to be done with these masks. Now, I was surprised by how taken aback I was. It was like we were all naked, and not in the fun Pride weekend kind of way.

Finally, the show started, and the first queen took the stage, strutting in thigh-high heels. As a shawl flowed behind her in the wind, she waved her arms like she was going to cast a spell. And she did. She started out with the classic (dare I say, anthemic) Wendy Ho’s Fuck Me. It was like she knew exactly what I needed to cut through the vague and awkward tension, as only a professional queen could. All in all, each performance was raunchy and hilarious. None of it absolved my anxiety—is anything in life that easy?—but it did shock me into an awareness of just how much I had ached for gatherings like these. It gave me hope that there would be more to come.

I made some new friends. I had an awkward run-in with an ex. In other words, it was Pride as usual.

Afterwards, my friends and I made the (somewhat tipsy) pilgrimage to Castro. By this time, I was feeling generally uplifted. This had less to do with the show, a little to do with the mimosas, but much more to do with time. I was adjusting to the fact that I was really here. I was walking down this street with other cheering Pride-goers. Later, I was in a bar, and then another bar, and then another one, surrounded by people and noise and pulsating lights. Along the way, I reconnected with an old friend. I made some new friends (for the day, anyway.) I had an awkward run-in with an ex. In other words, it was Pride as usual.

Part of me had never accepted that Pride wasn’t canceled, that things would continue in some form as they had before. I was used to what the world had become in COVID. And when you get used to things, sometimes change—even for the better—can feel too soon, too frightening.

I realize that all of this has been a lot of rambling, but honestly, that’s how Pride felt this year. Like I was being swept along a stream unsure of how I felt about it or where I was going.

Ultimately, nothing special happened—nothing exhilarating, nothing devastating. Everyone I saw was among friends. There wasn’t an unhappy face in the room. But I can’t help feeling that behind those smiles and the raucous laughter was something else. We’d all wandered, dazed and rattled, out of our apartments, like out of the smoking wreckage of some calamitous accident. And throughout the day, we were still pinching ourselves, looking around into each other’s eyes for confirmation that we’d really survived.♦