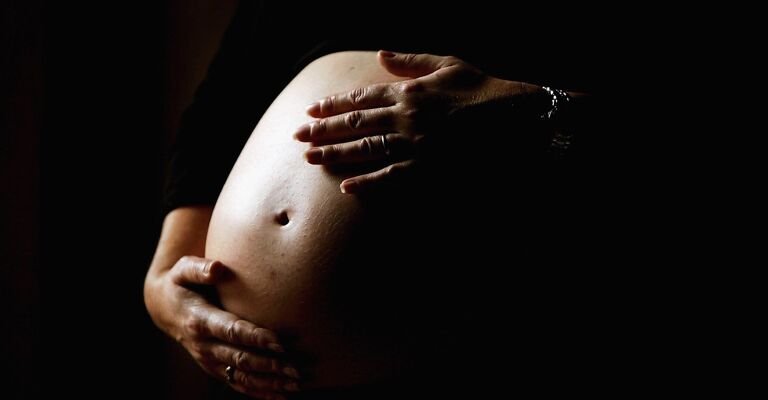 Is it a good idea to have sex while knocked up? Conventional wisdom tends to say “sure, probably!” That sounds like good news, but apparently, it’s only good news for straight people.

A quote from the popular pregnancy and baby website, babycenter, reads “No, a baby isn’t hurt when a pregnant woman and her partner make love.During intercourse, the penis doesn’t go beyond the vagina, so it won’t reach the baby.” And it’s pretty typical in terms of pregnancy sex advice.

The thing is, none of that is actually true. Queer people exist, and homos do have babies.

People all over the LGBTQ spectrum choose to become parents, and for some of us, including queer women, trans dudes, and many nonbinary people, that can mean pregnancy. For those queer folks who want to do the parenting thing, but also want to get laid once in awhile, there just isn’t much information.

I’m a queer woman, married to a non-binary person, who successfully created a baby with the help of sperm from a transgender friend. And when I was pregnant, I had a lot of questions. Sure, I had the questions most pregnant people often have like “what the hell is happening to my body?” But I also wanted to know about, you know, doin’ it. What I found was that almost everything written about pregnancy was shockingly, overwhelmingly, heterosexual. And while this is an issue in general, because representation matters, when it comes to sex, it might be even more important. Queer baby-making folks, much like our straight counterparts, may have safety concerns!

In addition to the practical safety concerns, I have another issue with the radio silence on gay pregnancy sex. Is it maybe that the idea of pregnant homos getting it on makes large segments of the population uncomfortable? I think that’s definitely part of itand I know that as a queer pregnant lady, I felt a certain pressure to commit to celibacy, at least temporarily.

If we, as LGBTQ people, choose to have children and grow our families, that’s ok. When queers become parents, our status as parents can neutralize the threat of our queerness. I’ve never been much for gay assimilation myself, but as soon as I had a kid, I heard comments about how my spouse and I are “just like everyone else.” In this case, of course, “everyone else” means straight people. The idea is that I may be a raging homo, but I’m also a mom, and because I’m a mom, I’m really no different than straight moms. That kind of assimilation absolutely depends on not differentiating us from our heterosexual counterparts. It literally doesn’t work anymore if we start admitting that there are actual differences between gay parents and straight parents.

And when one of those differences is sexthat’s particularly uncomfortable. It seems like lots of folks these days are ok with pregnant people wanting to be sexual, and are ok with gay people having kidsThey just can’t accept the idea that pregnant queers could also be sexual.

But pregnant queers are already getting it on, and we should talk about that. Not just because there may be particular risks, but also because it’s a part of our lives, and we shouldn’t have to pretend it isn’t.