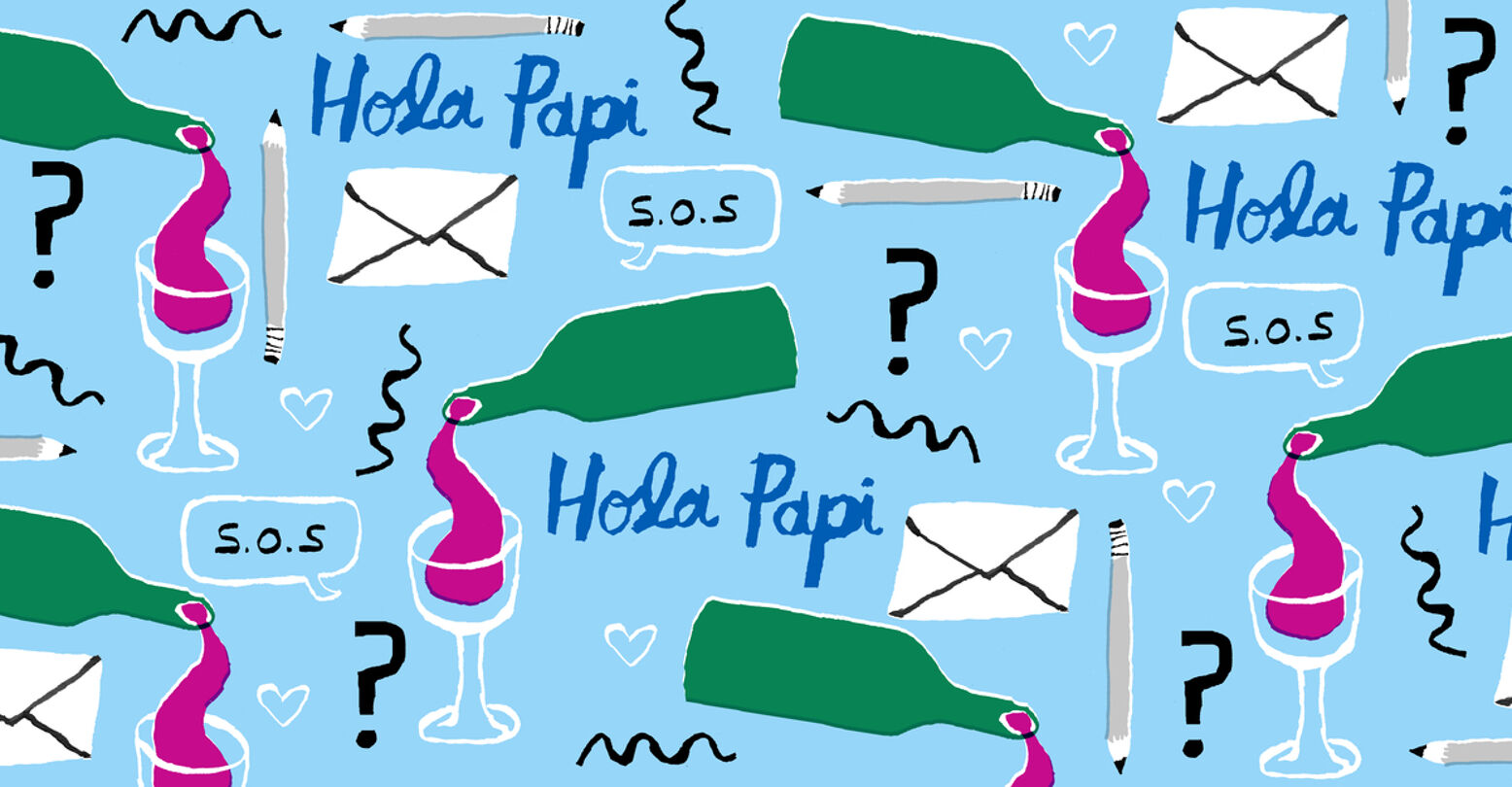 In this week’s Hola Papi!, the advice column by writer, Twitterer, and prolific Grindr user John Paul Brammer, a reader writes in that he can’t stop falling for straight men an issue many of us battle, too.

Hola Papi! is ever so gracious in his column this week by helping our dear reader with his bags, while also reminding all of us that so much of gay culture is obsessed with masc4masc guys. And that we can find a love that will love us back in authentic ways.
Or maybe not. Idk.

I haven’t really come out. My friends and classmates somehow just know I’m gay. Probably because I like to dance like a girl, or maybe I say stuff like “woo, that guy’s cute.” Anyway, that’s how obviously gay I am.

Now, here’s what’s bothering me. I always fall in love with straight guys! And I just don’t know what to do!!!

I keep telling myself not to fall for straight guys, but they are just so irresistible!I mean, why would a straight guy continually send messages to me for a month or longer? It makes me think that this guy is so nice, because he is willing to chat with me, an obviously gay person. But, brutally, he sure is fucking straight!!! And it breaks my heart again and again. Being gay is so hard. I can be the buddy ofthose straight guys, but I can never become their boyfriend. And we have an even smaller chance to get a guy’s attention than girls do.What should I do to stop falling in love with these adorable straight guys?

May I help you with your bags, Sister? Because we have a lot to unpack here.

Let me begin by saying that this isn’t an uncommon situation. I can’t tell you how many times a gay with a vodka soda in hand has told me all about a straight coworker he’s in love with. This co-worker is always “nice” and always “has a great ass” and the gay in question always swears (SWEARS!) that he’s giving off “signs” or “vibes.”

Sis, it’s madness. And it doesn’t stop there. It seems that we gay men often seek out straightness in each other. It’s where “masc 4 masc” comes from. It’s this idea that straightness has a monopoly over certain traits (like having an interest in sports or speaking in a deep voice or wearing ill-fitting jeans) and that those traits, even when exhibited by gay men, are “straight” somehow, and preferable. We call the gay men who possess enough of them “straight acting.” And, in general, these gay men are more prized.

That’s a bit of a generalization, of course. But before it seems like I’m lecturing you, let me cop to the fact that I also fell prey to this way of thinking when I first came out. Come here, Sis. Let me braid your hair while we talk about boys for a second.

When I was a baby gay, I didn’t want to be like “those” gay guys. Back then, I defined “those” gay guys as catty gossips who wore makeup and spoke with a lisp and exhibited generally frivolous behavior. “Feminine.” It continues to be a loaded word in our community. But when we stop to think about why that is, we can learn a great deal about ourselves and about our preferences that we might think are benign.

Our minds are like sponges. They are constantly absorbing information from our environment, even when we’re not thinking about it. This is super handy for helping us pick up on social cues and calibrating our behavior. But it also means that we pick up on and marinate in all the toxic messages from the society we live in. And, Sis, the society we live in is fraught with messages, subtle and unsubtle, that tell us women and the traits they exhibit are lesser, are vain, are shallow, are vapid, you get the picture.

The same can be said of the messages we receive about ourselves, about gay people, messages that are deeply informed by the misogyny I mentioned earlier. We have been told, for example, that gay men are obsessed with fashion and gossip and all we ever think about are ways we can trick straight men into having sex with us.

You may be wondering what all of this has to do with you, specifically, Sister. And, well, my answer is: EVERYTHING. Because it has everything to do with me, too, and with all of us, and the way we treat each other.

Sis, the fact is, we never really learned how to love ourselves. I mean, really love ourselvesin a way that didn’t require interrogation or education or heavy lifting. It’s something we had to figure out on our own, if we figured it out at all. Being gay or bisexual means having to unpack all those toxic messages we inducted, all those deeply-embedded notions that taught us to be ashamed and to prize “normalcy” as embodied by the heterosexual man, and to look down on each other.

Is it any wonder we’re so messed up?

Even in your letter, in the small things you said, I noticed things that broke my heart. Especially when you said this straight guy must be so nice to be talking to you, since you are obviously gay. Sis, he’s not doing you a favor by speaking to you. You have to get out of that mindset.

I guarantee you that all these traits you like in straight guys can also be found in gay guys. There is no distinct set of traits that belong to straight men and straight men only. Just like, for example, I would argue that there is no such thing as dancing “like a girl.” You dance like you.

So in conclusion, dear Sis, I think you, like me and like all of us, need to examine why you think so highly of straightness. Ultimately, I don’t think you need me to tell you that you’re playing a losing game. If he’s straight, then he has no room for romance with another man, not even in all those spare pockets in his cargo shorts. And you have to respect that.

You also have to respect yourself enough to not chase after him, even if you want to. Because that’s a road that leads to heartbreak, as you said.

But on the bright side, I think when you respect yourself, your whole self, the way you dance and the way you act and the way you dress, in spite of all the times you’ve been told otherwise, you’re doing something radical that improves the whole community.