After an initially hamfisted response to criticism over taking the role of Dante “Tex” Gill in Rub & Tug, Scarlett Johansson has chosen to withdraw, saying: “I’ve learned a lot from the community.” For LGBTQ advocates, this should be chalked up as a win; casting Johansson, a cis woman, in the role of Dante Gill, a real-life trans man, was a travesty.

But when Johansson said: “this casting debate, albeit controversial, has sparked a larger conversation about diversity and representation in film,” she made a fundamental error. The LGBTQ community has been engaged in a larger conversation about the practice of casting cis actors in trans roles for a very long time, as trans film critic Danielle Solzman notes. And cis people in trans roles are only one part of a much bigger problem.

Trans-focused criticism has targeted Eddie Redmayne as Lili Elbe in The Danish Girl; Hilary Swank as Brandon Teena in Boys Don’t Cry; Jared Leto as Rayon in Dallas Buyers Club; Jeffrey Tambor as Maura in Transparent; Elle Fanning as Ray in Three Generations; Matt Bomer as Freda in Anything, and John Lithgow as Roberta Muldoon in The World According to Garp. Swank and Leto won Academy Awards for their work, while Lithgow and Redmayne got nominations, highlighting the fact that such roles are often used as awards bait and career stepping stones.

Trans critics and actors argue treating transness like anything other than a fundamental part of someone’s identity and life experience is offensive. Anyone can play a banker on television or pretend to be an international person of mystery on film, but gender is not a costume or a role to be taken on and off at will. Furthermore, of course, casting cis actors in trans roles also deprives trans actors of opportunities, as they’re rarely considered for roles that aren’t explicitly written as transgender.

This is not an issue limited to cis actors in trans roles. Hollywood has a long history of Black- (and yellow- and red-) face casting decisions. That practice isn’t entirely in the past, as seen in 2017’s Ghost in the Shell, where Johansson appeared in a role critics felt should have gone to a Japanese actor, or with Ed Skrein’s controversial Hellboy casting — another example of a role an actor abandoned after criticism. In Stonewall, the unpalatability of LGBTQ activists of color was so compelling that the film created an entirely fictional white hero to make white audiences feel more comfortable. 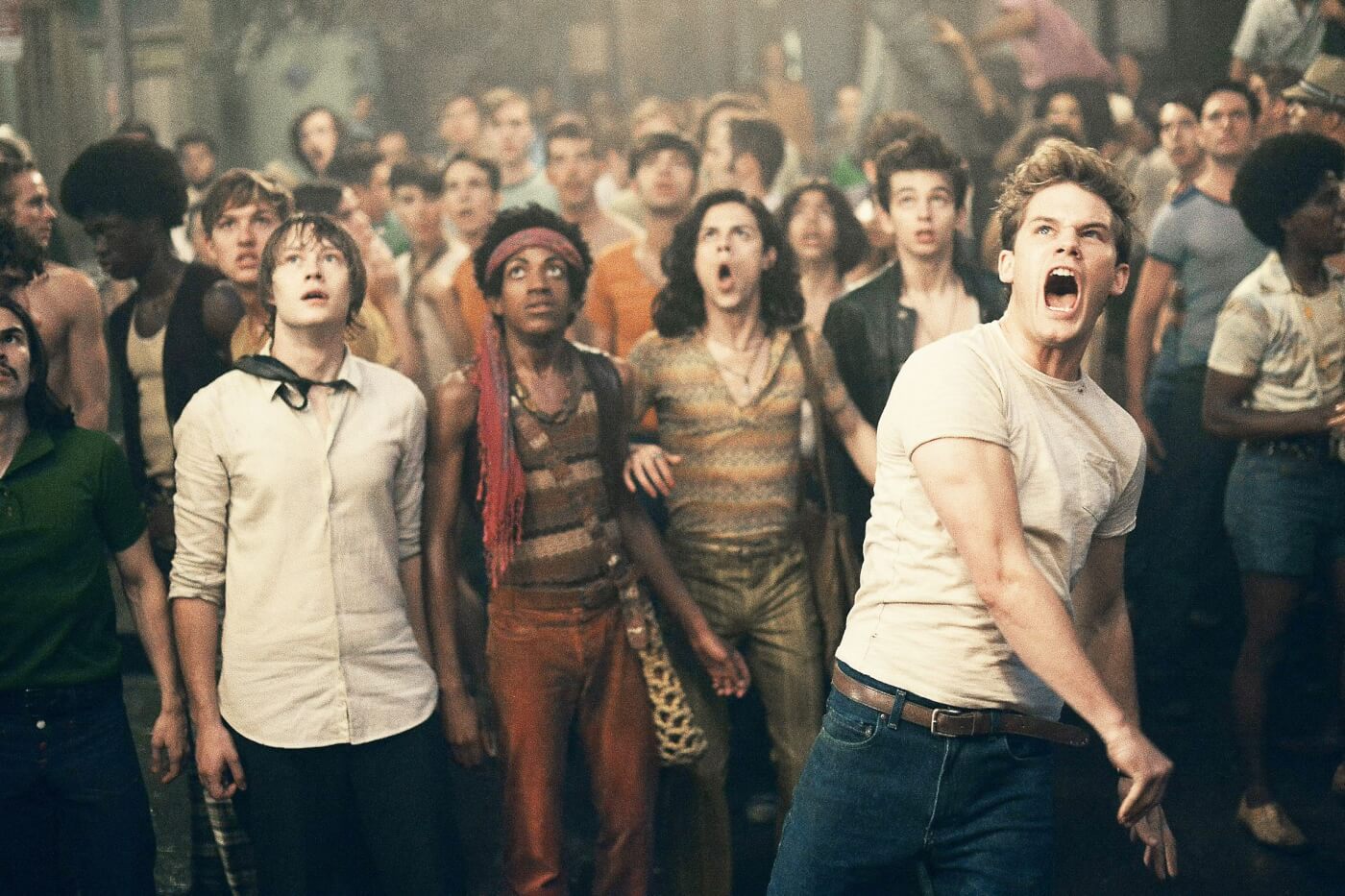 This kind of experiential cross-casting, in which someone from a dominant group is cast in the role of someone from a marginalized group, is especially widespread with disabled characters. When disabled people appear in film and television at all, they’re usually played by nondisabled people, in a move that cuts to the quick for a community that is used to being pushed to the margins.

Eddie Redmayne portrays Stephen Hawking in The Theory of Everything; Natalie Dormer pretends to be blind as Sofia in In Darkness; François Cluzet is an irascible quadriplegic in The Intouchables; Joaquin Phoenix sits down to play disabled activist and artist John Callahan in Don’t Worry, He Won’t Get Far On Foot; and Sam Claflin searches for love in Me Before You. Many of these films share exploitative themes that turn disability into a tragedy. It’s also rare to see a disabled character who just happens to be disabled, just as it’s rare to see a trans character who isn’t mired in gender-related tragedy.

Most recently, Dwayne Johnson plays Will Sawyer, an amputee, in Skyscraper. Trailers for the film carry the usual high adrenaline and intense energy one expects from The Rock, who does everything he usually does, albeit on one leg. The Ruderman Foundation, a widely respected disability advocacy group, couldn’t heap enough praise on Johnson for the role, even teaming up with him for a PSA about disability representation in Hollywood. A year before, the organization had compared Alec Baldwin’s role in Blind to blackface.

While justified outrage builds about positioning cis people as authorities on trans lives by allowing them to play us on film and television — as well as write, direct, and supervise those roles — the practice of casting nondisabled people in disabled roles persists. It’s not due to lack of outcry: The disability community has repeatedly criticized the practice and demanded better representation and more opportunities in Hollywood. And LGBTQ groups have even recognized the problem with disability representation in film and television; GLAAD’s annual “Where We Are On TV” includes disability statistics. In 2017, the organization noted that just 1.8 percent of regular broadcast characters were disabled — 20 percent of the overall population is disabled.

Tackling the widespread casting of nondisabled actors in disabled roles requires coordinated supportive efforts — and the LGBTQ community is in an especially strong position to lend that support. Trans people, in particular, have firsthand knowledge of what it’s like to see their lives appropriated for entertainment, profit, and accolades on screen. And LGBTQ people across the board are more likely to be disabled or become disabled later in life, thanks to social disparities, so this is an issue that may touch many members of the community very closely.

The disability community also shows up to advocate for the LGBTQ community. The ADAPT protests to defend the Affordable Care Act in 2017, for example, included LGBTQ disabled people defending their right to access basic rights from transition care to home and community-based services that keep trans elders in their communities. Meanwhile, some trans people leverage the Americans with Disabilities Act (ADA) — legislation with roots in disability and HIV/AIDS activism — to defend their civil rights.

With the issue of wildly inappropriate casting striking a nerve, this is an opportunity for the LGBTQ community to channel their outrage and frustration into supporting disabled people who’ve been dealing with the same issue. This kind of cross-community solidarity is vital for creating lasting change.