You’ve likely seen The Federalist headline by now: “Coming Out As A Republican To My Democrat Family Went Worse Than Coming Out Gay,” written by self-professed small business owner Adam Levine.

Reading these 15 words morphed me into an eye-twitch emoji, hell-bent on crafting the perfect tweet to convey my confusion (tastefully). (This was the best I could come up with.)

The day wore on and I couldn’t erase the headline from my brain. I reluctantly read the whole piece, fully aware I would cringe. It includes stanzas like:

From Chadwick [Moore] and the dozens of other Log Cabin attendees that night, I learned I am not the only gay person to question Democrats or to be ostracized for doing soby a longshot. The political climate has made it prohibitive for most of us to have a voice and find each other. Seeing virtue (or perhaps just a lack of evil) in my compatriots finally allowed me to see it in myself. I am now certain that I can be a gay, Jewish Republican and still be a good person and a useful citizen.

It took 36 years for me to see through the Democratic mystique of what the Republican Party is. Having done so has enabled me to affirm a deep part of who I am, which runs deeper than religion or sexual orientation, because it is part of what forms me. Sadly, it was a part that I should not ever have had to question in the first place.

I started to wonder: For certain individuals, could this phenomenon really resonate? Hadn’t I read something like this before? What does everyone else think beyond the endless echo chambers of Twitter? So, with open eyes and ears–and a stoic grimace, I decided to investigate. 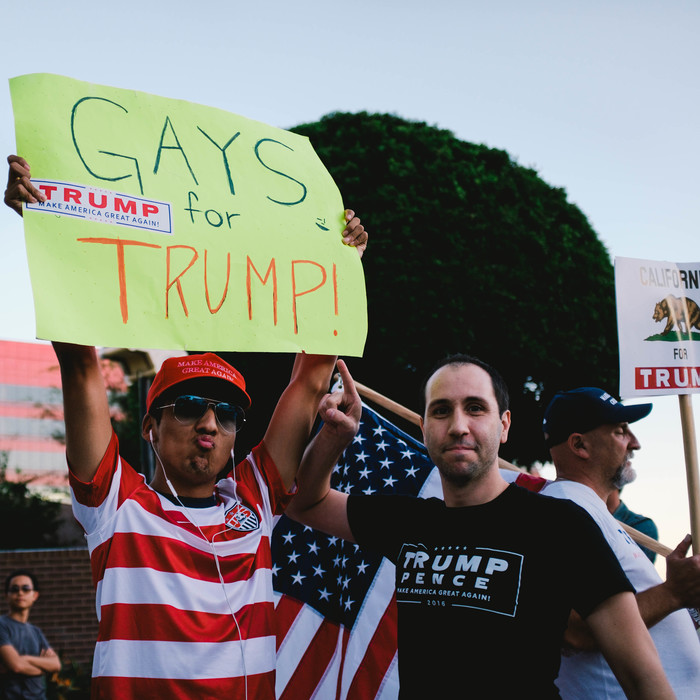 What I determined is that coming out as gay and coming out as a member of a political party are different animals–beyond the obvious fact that one is a sexual orientation and the other is an ideology. But it’s some of the rationalizations and half-truths people are using to conflate the two that prove the most dangerous.

The LGBTQ community didn’t create the term “coming out.” It derived from a different narrative itself: Debutante balls and young women coming out into society. Around the 1930s or so, men began borrowing the motif for drag balls. People would come out as gay or otherwise veering from traditional sex and gender norms.

In this vein, “coming out as Republican” then could make sense. “That’s all part of the coming out narrative right? This idea of the greater acceptance of the alternative identity and the political force that that might have behind it,” says Susan Burgess, an Ohio University political science professor.

But Preston Mitchum, an international policy analyst at Advocates for Youth, calls this a farce.

“For someone like me–and I imagine for many other progressives who also identify publicly as gay or queer–I am not going to give someone sympathy for saying that they experience some harm for coming out ‘as Republican,’” he says. Mitchum is also an adjunct professor at Georgetown University Law Center, where he teaches LGBT health law and policy.

He adds that “those same Republicans and conservatives on many levels, including state, federal and domestic writ large harm LGBTQ people and queer and trans people generally.” He finds the fact that these people are now identifying as like-minded to this group and that they are expecting support from the LGBTQ community “is preposterous and offensive.”

False equivalencies–in this case, where conservatives are claiming persecution despite the ongoing systemic maltreatment LGBTQ people of color face–ultimately ring hollow for activists like Mitchum.

Burgess’ issue with the Republicans “coming out” is that in the classic gay coming out narrative, the identity in question is the oppressed group. Republicans are currently quite dominant politically, so she says that makes it somewhat different. Republican political consultant Albert Eisenberg disputes this, saying that though politically Republicans are in control, culturally they are not. What’s lost here is that while culture informs politics and vice-versa, it’s policies that have stronger power to implement tangible change.

Levine, for his part, doesn’t want to defend the Republican party’s historic stance on LGBT rights and AIDS. He tells me he didn’t intend to trivialize coming out in his piece and is aware how easy coming out as gay was for him, and how difficult it can be for other people. He–perhaps ironically–says that wherever there is intolerance, when it comes to “coming out” as gay or conservative, it’s absolutely unacceptable.

He further laid out an argument laden with half-truths. He says that in American politics, we have a tendency to over-simplify any issue: To be supportive of religious freedom doesn’t suggest being anti-gay rights (yes it does, if it involves barring an LGBT person from their civil rights). To be supportive of marriage as between a man and woman doesn’t mean that gays can’t get married in their own specific forms (yes it does, by nature of referring to it as “in their own specific forms”). Levine gets that these policies can negatively affect the LGBT community, but also says the Democratic party has become as intolerant–if not more intolerant–than they claim the Republicans are regarding dissent of thought.

Mitchum reiterates Republicans and conservative decisions are exactly why oppression continues to happen for LGBTQ people, in particular for the black and brown members of community, transgender women of color. In other words? They can’t have it both ways.

But try and have it both ways they will.

Matthew Craffey, chairman of the Log Cabin Republicans of California, says we wouldn’t have LGBT equality we have today if it weren’t for Republicans. One example he gave was that the deciding vote in favor of gay marriage came from President Ronald Reagan-appointed Supreme Court Justice Anthony Kennedy. Rationalizations like these erase the discrimination still facing LGBTQ people–and are even more confusing in the age of Donald Trump, whose policies and tenor have continued to rattle the community.

None of this is to say that gay conservatives can’t use their voicethere’s just an impenetrable irony for progressive members of the community to get past, let alone tolerate, in current political climate. 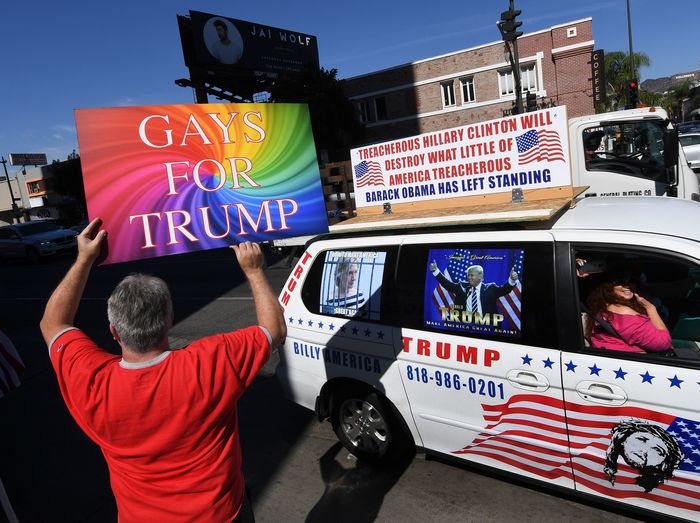 Burgess suggests that LGBTQ advocates might be missing an opportunity if they’re writing off all Republicans as being anti-LGBT rights or not being able to engage those populations.

Still, Mitchum warns that “we’re completely fooling ourselves if we believe that Republicans and conservatives are ever going to be progressive when it comes to LGBTQ people.”

And now I can’t help but think of that iconic line from William Shakespeare’s “A Midsummer Night’s Dream”: “Lord, what fools these mortals be!”