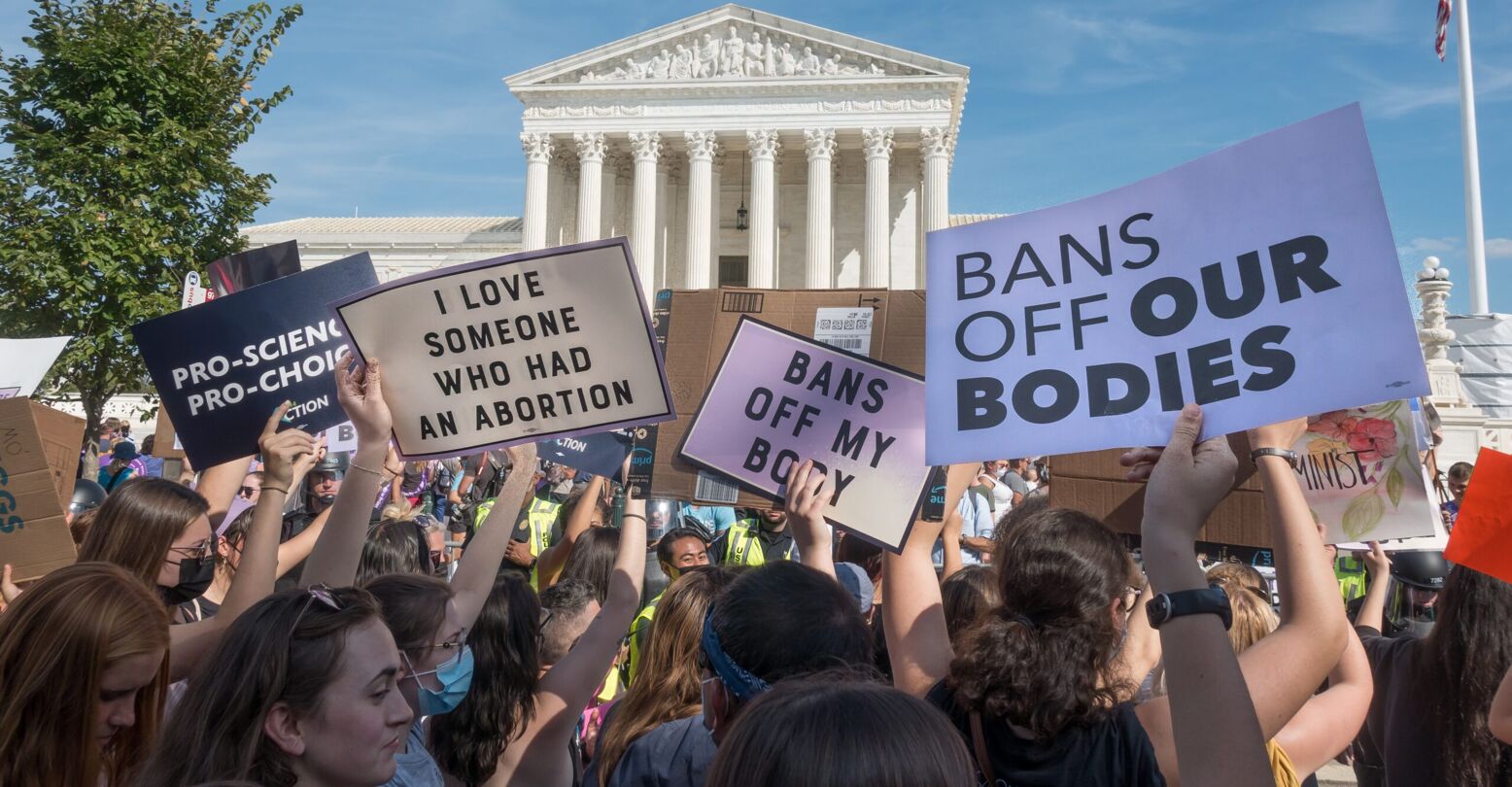 On Wednesday, May 11, the US Senate failed to pass the Women’s Health Protection Act. This measure—advanced in the wake of the leaked Supreme Court document that exposed plans to overturn Roe v. Wade—was a last-ditch effort to codify abortion rights into federal law.

A version of the bill passed the Democratic-majority House last year, seeking to not only codify Roe but expand it. The bill “would ban states from enacting many kinds of abortion restrictions, including those currently allowed under Roe that are deemed ‘medically unnecessary,’ like mandatory waiting periods and regulations on clinics, known as TRAP laws,” Politico reports.

But before heading to the Senate, it underwent a number of changes to satisfy some Democrats. “In the latest version of the bill, Democrats removed nonbinding language about transgender rights and the disparate racial impacts of abortion restrictions, amid concerns from moderate members of the caucus.”

In order to pass the Senate, the bill would have to exceed the 60 vote supermajority threshold mandated by the filibuster. In the leadup to the vote, Senate Majority Leader Chuck Schumer described the decision as one that “will live in infamy.”

Senators voted 51-49 to dismiss the bill, largely along party lines. Senator Joe Manchin (D-West Virginia) voted with Republicans against the bill. Senators Lisa Murkowski (R-Alaska) and Susan Collins (R-Maine), who have both run on pro-choice platforms, voted against the bill.

Following the Senate’s decision, a number of LGBTQ+ advocacy and civil rights groups issued statements, per The Advocate.

Sarah Kate Ellis, president and CEO of GLAAD, underscored why everyone, especially the LGBTQ+ community, should be standing up for women’s rights: “Americans are watching as lawmakers vote to deny our human rights to bodily autonomy and healthcare, which, make no mistake, is what abortion is. Everyone should have the right to make decisions about their own body, whether or not to have kids, and when and how to raise a family.

“To the 51 Senators who blocked a vote to codify Roe into law, including Sen. Joe Manchin: voters see you, we will not go back, and we will keep fighting. An attack on abortion rights is an attack on the LGBTQ community too; our civil liberties are inextricably linked. I’m calling on the full LGBTQ community, including cisgender men, to stand up for abortion rights today. Just like they’re coming for abortion, they’re coming for our families and our privacy. The time is now, and our very freedom is at stake.”

Americans are watching as lawmakers vote to deny our human rights to bodily autonomy and healthcare. To the 51 Senators who blocked a vote to codify Roe into law, including @Sen_JoeManchin: voters see you, we will not go back, and we will keep fighting.

Maya Wiley, president and CEO of the Leadership Conference on Civil and Human Rights, reiterated the disproportionate effect this law would have on marginalized groups: “If the leaked draft opinion holds, low-income people seeking an abortion will not be able to afford to get to states that will care for their reproductive health. What of them? Black women and American Indian and Native Alaskan women die at two to three times the rate of White women in pregnancy-related complications. LGBTQ individuals, including nonbinary people and transgender men, will have their health at risk.”

EVERY person deserves the ability to make the health care decisions that are right for them, free from government interference and discrimination.

We fight on, in coalition, for abortion access. We’ll never stop. #BansOffOurBodies

As of now—and until the Supreme Court officially issues a ruling overturning Roe v. Wade—abortion is still legal in the US. The outcome of the ongoing Dobbs v. Jackson Women’s Health Organization case is expected to decide the fate of abortion rights in America.