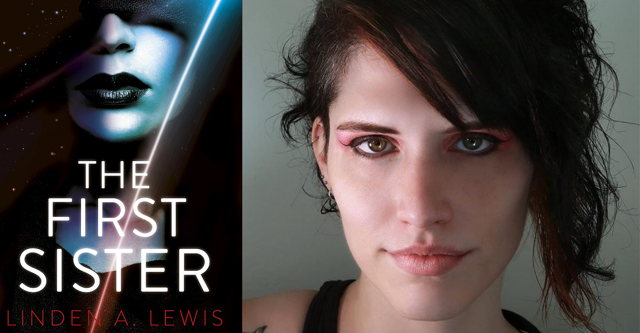 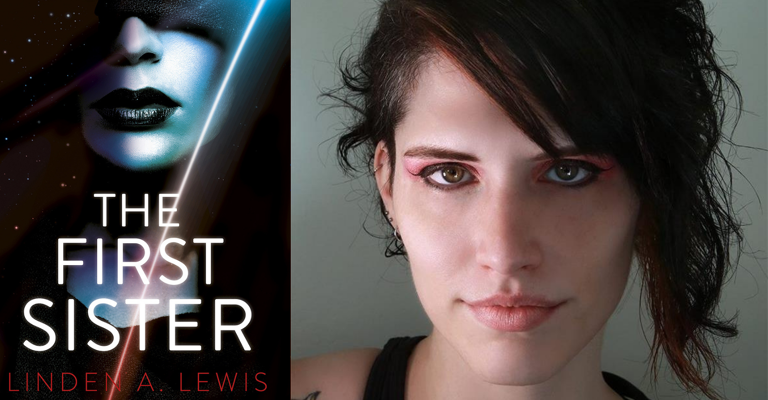 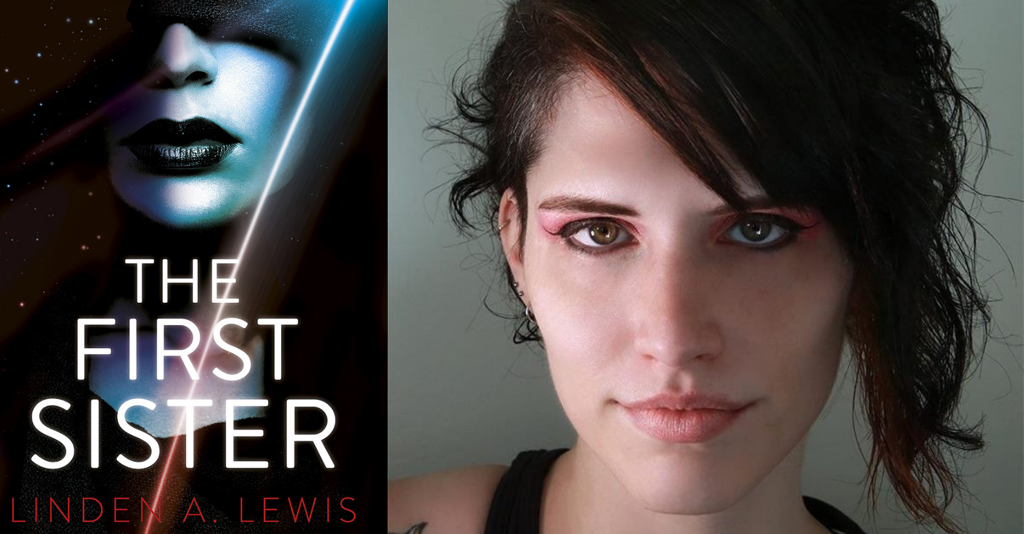 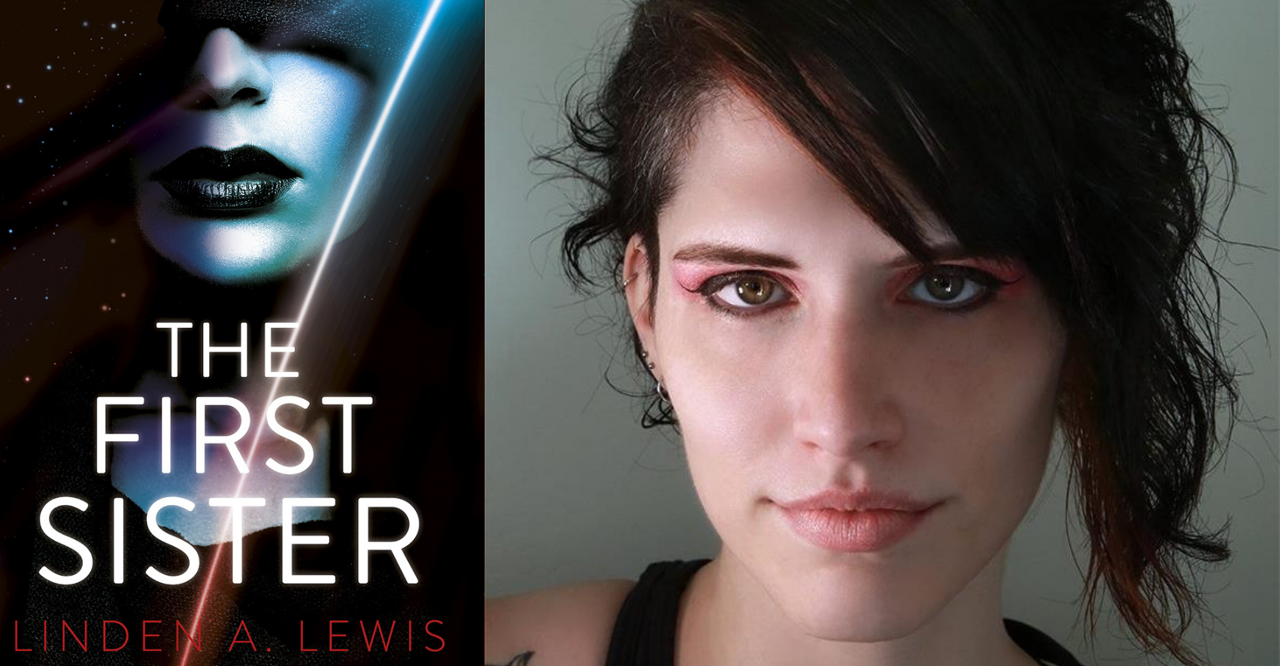 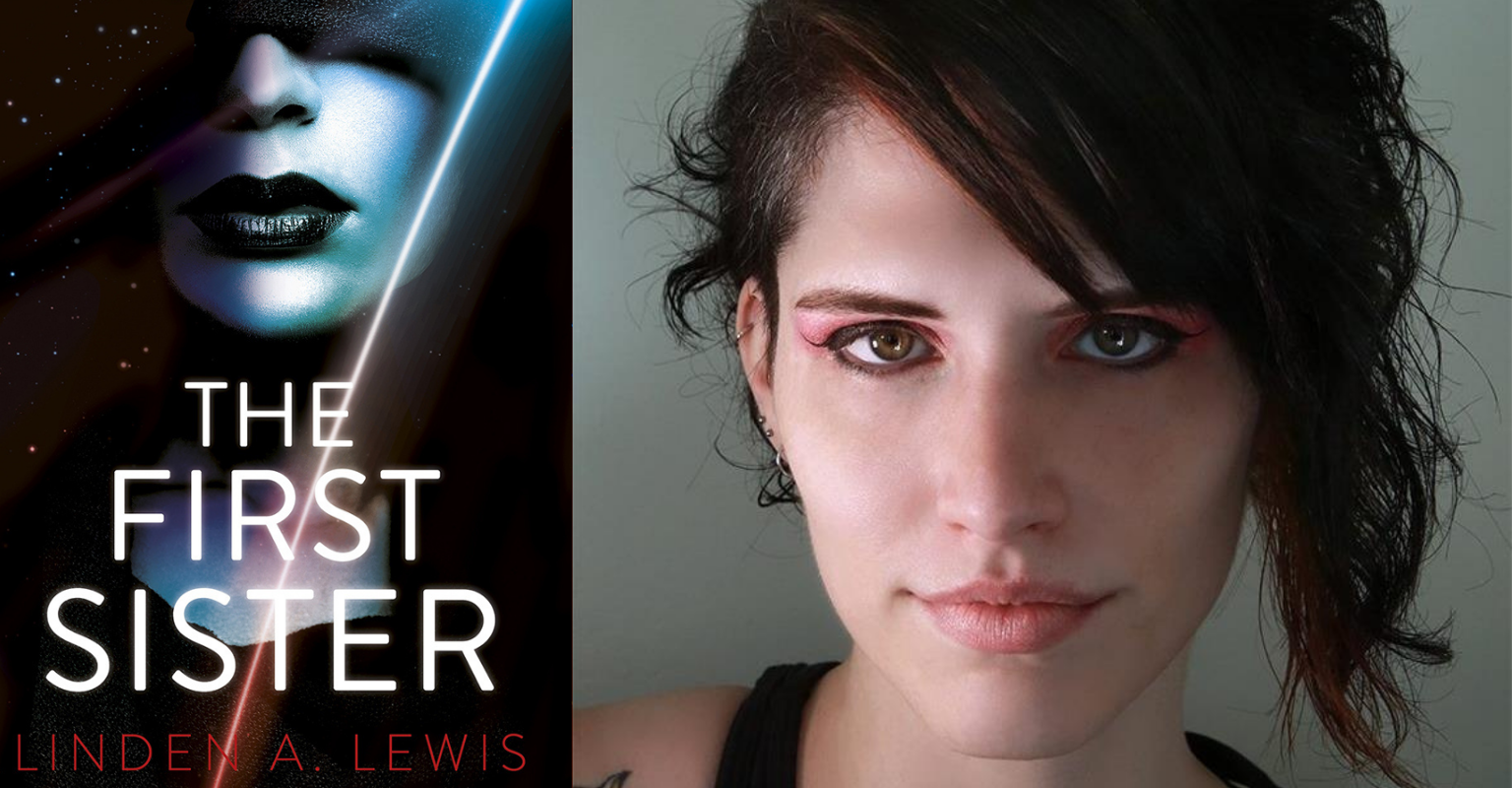 Linden A. Lewis has always belonged to a galaxy beyond ours: to star-sprinkled skies, avant-garde societies, and platinum spaceships soaring past new planets. As a teenager, Lewis wrote a book about a zombie apocalypse that got published in local literary magazines. They dreamt of a world where—just like in the stories they wrote—one could be whoever they wanted to be.

The queer writer responsible for writing the 2020 space opera The First Sister found themselves living in Madrid while editing the third book in the fan-favorite trilogy. Behind them on our Zoom call lurks one of their cats, upturned tail and all. The First Sister tells the story of opposing societies, the Icarii and the Geans. It follows two tantalizing protagonists, First Sister, who is a Gean priestess with no voice and is falling for the new Captain Saito Ren, and Icarii soldier Lito Val Lucius, who is tasked with killing his former partner in crime, Hiro.

“I think now’s a great time to be a sci-fi writer who is not cisgender or white or straight because we’re having a huge renaissance in sci-fi, where there are a lot of good sci fi’s coming out and it’s not necessarily by straight old white men.” Lewis remarks. “Are we going to be able to have the same amount of power as say, the Dune movie that just came out? I hope so. I hope one day somebody will pick up a project that’s by a woman of color or a trans person so that we can have more sci-fi that isn’t just a part of the straight white boys club.”

The science fiction book powdered with the deliciousness of all things space lovers desire has more to offer than seemingly flawless worldbuilding. The First Sister offers bisexual characters, nonbinary characters, asexual characters, and conversations regarding sexual assault. Although the story takes place light years away from ours, it is clear to see that Lewis longs for a future in which gender and sexuality are mere conformities that we no longer need to think about.

“I wanted to tell a queer story where the queerness was at its center, it was developed around that. And I wanted to also center languages that were not just English, such as Japanese. I wanted to incorporate that in a future society. I think we’re still going to have individual cultures and individual languages that we hold on to. We’re still going to have the things that make us who we are, our families are still going to be taking part in cultures even as we go into space,” says Lewis. Because the writing involved touched on characters differing from themselves, such as asexual characters and characters with varying cultures, they hired sensitivity readers to ensure that the stories told were true and authentic.

“I wanted to tell a queer story where the queerness was at the center.”

One of the most attractive aspects of sci-fi literature is its ability to transport us into another dimension while still commenting on the current realities we are faced with daily. “When I was younger,” Lewis says, “I used to think that my generation is going to get older and the younger generations are going to come up, and get rid of sexism and racism, and, and homophobia. The more I grow up I realize that if we don’t actively try to stand against these things, it will continue to creep up. And so that was in my mind when I was developing the idea of The First Sister, that we can go 500 years in humanity’s future, and you’re still going to find these toxic roots of sexism, homophobia, racism, and transphobia.” Lewis expresses. The First Sister teleports us to a world in which religion, politics, and abuse are things that still reign even though new technologies have risen and we have settled on new planets.

Lewis longs for a future in which gender and sexuality are mere conformities that we no longer need to think about.

Within the book, the job of The First Sister and other members of the Sisterhood is to lend their bodies to the soldiers on the spacecraft, Juno. They are mute so that they cannot betray any soldier’s secrets. “I am a victim of sexual assault,” Lewis says. “When I’ve spoken to other people who are victims of sexual assault, they feel like they’re just nameless, faceless, voiceless in a crowd. And that was how I conceived the sisterhood to begin with. These are rape victims, they’re not famous people, they’re everyday people. They don’t have names to them so that you don’t know who they are. They can’t speak out about what’s been done to them, which is a similarity to several people who have gone through sexual assault and don’t feel the freedom to speak out about what they have experienced, for one reason or another.” says Lewis. There aren’t many science fiction books that have tackled issues such as rape culture. Lewis has provided not only a conversation, but also a space for survivors, the queer community, and others who have been historically excluded from literature.

“In my book, nobody comes out and says, ‘I’m bisexual’ or ‘I’m nonbinary’, it just is. First Sister says, “I like men and women.” Hiro says, I’m neither a man nor a woman, sometimes I’m both. There we go. That’s it,” Lewis explains. “We don’t need any more explanation. I think once things become so commonplace, the words for them won’t be necessary. But at this time, it is important to have these words for discussion.”

Lewis is a part of the revolution that is headed towards a world that seems just as futuristic and cutting edge as the one on display in their book. A world where being who you are comes with no questions, no tilted heads in confusion, and no need to hide or explain your identity.♦