Sex workers find themselves bereft of mainstream advocacy in the midst of unprecedented legislative and social peril in the wake of H.R. 1865, also known as “FOSTA.” FOSTA is a bipartisan billpassed by both houses of Congress and signed into law by President Trump on April 11ostensibly drafted to address sex trafficking online. It isand has beenunder widespread criticism by advocates of Internet freedom, freedom of speech, and sex works advocates.

As one of the loudest voices in sex work advocacy, INTO spoke to author, lecturer, and podcast/web series host Conner Habib to talk what got us to FOSTA, what’s at stake now that it’s a reality, and what we can do in its aftermath to save sex workers, the Internet, and ourselves.

What are the stakes for you, personally, with regard to FOSTA?

It’s largely not affected me, personally, on a bottom line level, except for… should I return to doing sex work other than pornography? That would really give me pause and make me really afraid to do that. I’ve just been doing a lot of community work around it since before it passed, and now certainly now that it’s a law, and seeing how it’s affecting others.

The oppression of sex workers affects everybody. And one of the reasons why that’s so is because, as an extremely vulnerable group of laborers, whatever the government decides to do to sex workers, it is testing out to do on everybody else. And that includes labor policies and Internet freedom and bodily autonomy. Sex workers are always a testing ground for oppression for others, and we have been for hundreds and hundreds of years.

Could you give an example?

Another example is, say, Facebook and Instagram deciding that you can’t have any pornographic content on the platform. When you enter into social media, or any sort of online space, and they’re justfrom the beginning“These are the kinds of content you can’t have,” and then, it’s just agreed upon. But why would we agree upon that to begin with? I wrote an essay about this a long time ago called Fap for Freedom on Vice. It goes into it in more detail.

So, I think it’s in everybody’s best interest to say, “OK, so, what if we decided to collectively defendoutside of undocumented migrant laborersprobably the most vulnerable community of laborers in the country? What if we decided to put our efforts into defending them and working out what sexual freedom and labor rights look like for ususing sex workers as a templateand then building out our other movements from there?” 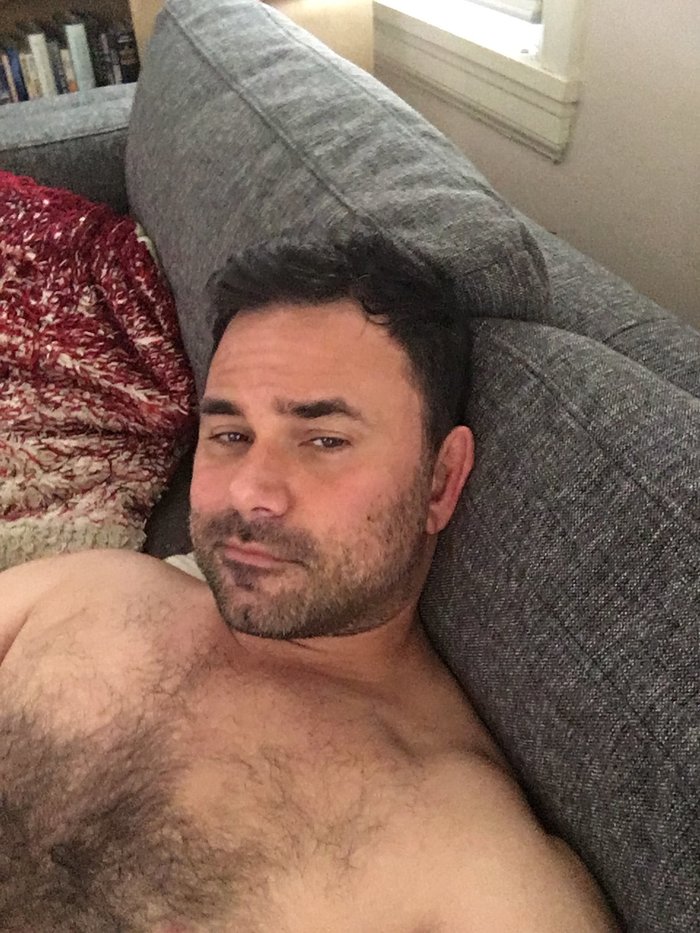 You’ve tweeted that, while FOSTA provides a unique opportunity as a rallying point, it emerged from a culture hostile to sex workers to begin with.

A lot of people have been saying all these new things that they’re seeing as restrictions on Internet freedom are related to FOSTA. Now, while I don’t doubt that a lot of these sort of new restrictions are related to FOSTAsome of them demonstrably so, like Craigslist shutting down its Personals section and saying, “We did this because of FOSTA”there are lots of other things happening that we might be tempted to link to FOSTA.

For instance, you can no longer send pornography through Google Drive. And that was always kind of on their books. But they have just stepped up the enforcement of it and a bunch of sex workers have said that they were seeing their content disappearing. The thing is, that policy was already in place before FOSTA was signed. And then, just as it was about to be signed, it was enforced a bit more, and we could link that to FOSTA if we wanted, or we could say “Well, Google has always had this policy, which was already oppressive, which was already a problem.”

Why should Google be using an algorithmwhich is what they sayto see if we’re using Google Drive to sell pornographic content to consumers? Totally legally, by the way? Why should they have that in place? It makes no sense. So FOSTA seems to have amplified some of these things, but we should notice that a lot of these things were already in place.

I like watching straight guys get humiliated by femdoms. But is that something that I go after in my “real life”? No. That doesn’t represent the whole spectrum of my tastes, and it doesn’t include my body.

What you’re talking about overlaps with my revelation, like, two years in, when I started receiving fan mail from lesbians, and I was like, “Excuse me?” I didn’t get it at first. And I had to think about it for a really long time until I realizedwe don’t watch porn to see what we want to do all the time. And of course not. We don’t consume any other kind of art for that reason. Pornography gives us cues, and so this demand that somehow it be completely literal… I don’t think it’s reflective of how desire works in general. Why, for instance, should two guys having sex in a tent turn me on more than three guys having sex in a mansion? We’re turned on, we’re aroused, we’re excited by, we’re drawn to things that are often mysterious to us. And the idea that we know what our desires are all the time, I think that’s just such a Western and American thing.

People have sex workers in their lives all the time through pornporn is constantly in people’s eyeballs. There’s “representation” there. What role do you think representation plays in society’s attitudes about sex workers?

I have straight friends who aren’t able to see the political implications of buying into everything having to do with straight culture and outmoded feminism. And so I try to find little moments and these little ways of sort of gently prodding and offering new perspectives on sexual politics. Do you have anything to say on that?

I think you’re bringing up something in general, which is that the way certain specific heterosexual men and heterosexual women in a specific economic bracket have sex with each other and communicate sex is overwhelming the voices and contributions that different communities could bring to this. It’s crowding out the voices of sex workers simply by the ways in which women in the #MeToo movement, some of whom, you know, have experienced terrible things, are nevertheless using rhetoric like, “He wanted me to have sex with him for a job. I am not a prostitute,” using that as a pejorative, rather than saying, “What might sex workers have to contribute to this conversation about sex?” We literally work with sex. We’re professionals, you know. And as sex workers, we carry the burden of a culture that refuses to work on sex. So we see all kinds of things that other people don’t see. And we have an important voice to lend to these conversations. Let’s listen to new narratives, not just based on identity, but what narratives are actually new. 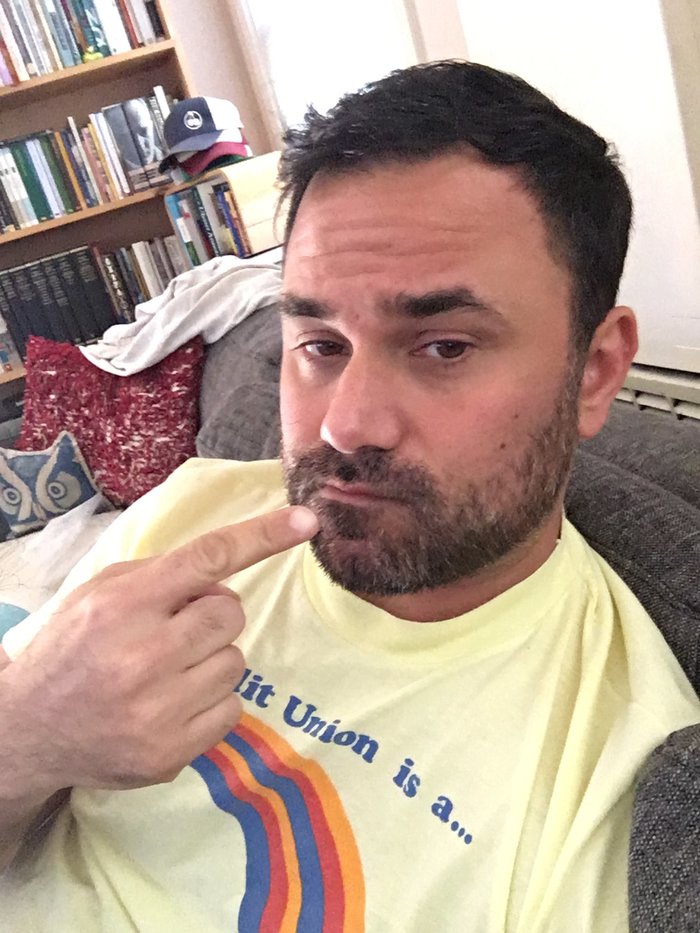 What would have to change, individually and culturally, for Americans not involved in the sex business to take up the mantle for sex workers’ rights?

And that doesn’t mean that you lose that spontaneous, exciting stuff. I’m not telling you to do it in a cultural waythat’s the way that we always try to do itsomehow arrange everybody so everybody is dissecting sex down to the last detail. No, no, no! I’m sayinglook at yourselves, explore your own likes and dislikes, and try to figure out why they’re there, and stop putting them so intensely on culture. So that way, when you have a conversation about sex and sex work, you’re not just going to be reflexively lashing out without any thought at all, because you’ve done some of that inner work.

But more to the point than any of that, even, iskeep a basic, basic fundamental principle that people are entitled to sexual freedom, and that we should have compassion for other people and their sexual desires, and that we don’t have the right to dominate each other’s desires.

And that, as long as we’re talking about things in a field of labor, do some work understanding Labor Studies and trying to transform your understanding of sex work into an understanding of work in general, and not making it a special case for some reason.