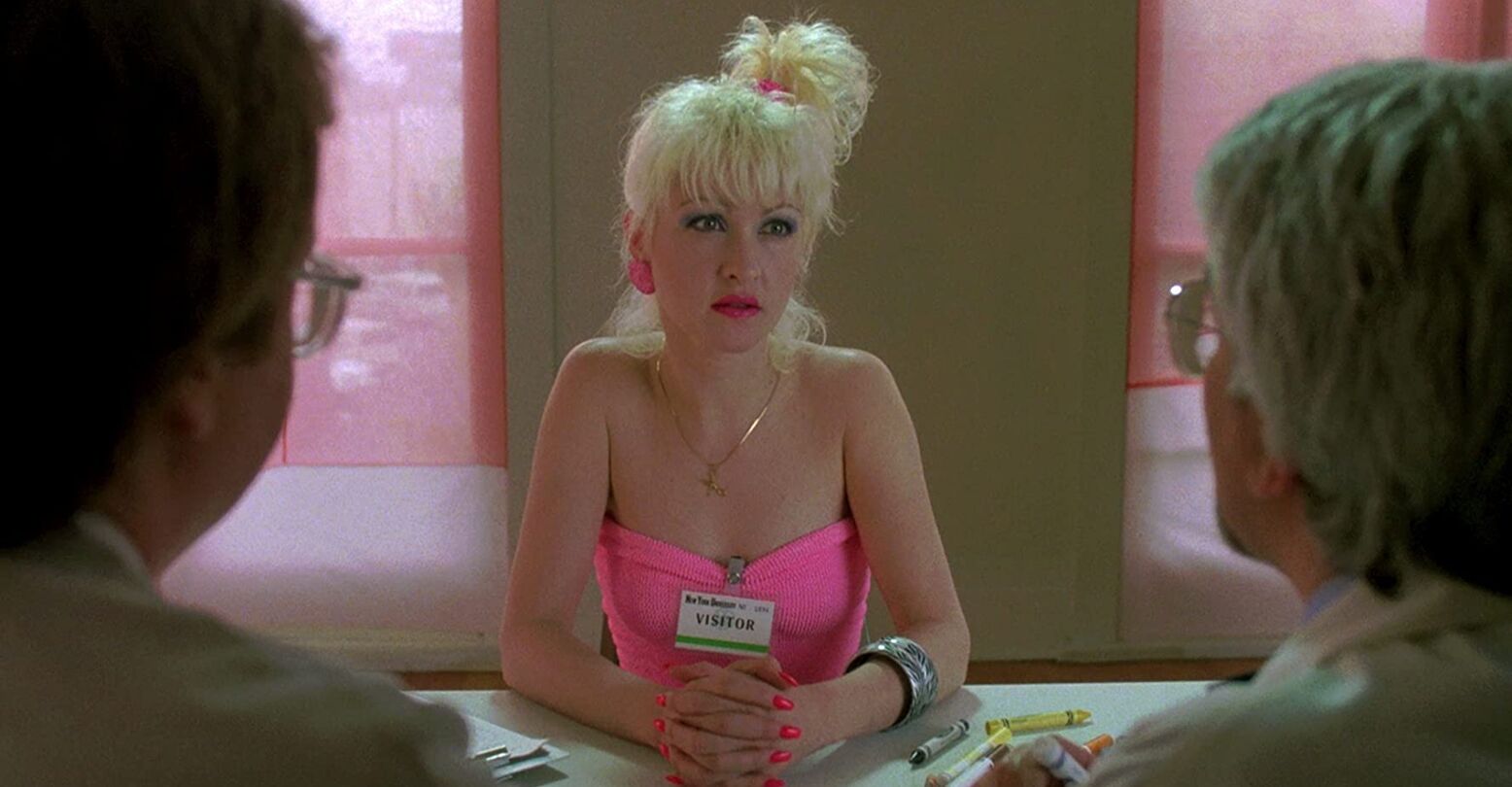 My friend Robbie and I have an understanding: if a movie is deranged, sick, or full of cult appeal, we’re watching it. So far, we’ve screened the deranged black comedy Cemetary Man, the body horror classic Scanners, and the William Castle masterpiece Straight Jacket. We received them like the body of the host, feeling more insane and somehow holier after each viewing.

Suffice it to say everyone should have a friend like this, especially when the friend in question has such a wide-ranging knowledge of cult classics. But not all cult classics are made equal, as every John Waters fan knows. Last night, Robbie introduced me to a true diamond in the rough: 1988’s Vibes, a paranormal comedy starring Cyndi Lauper, Jeff Goldblum, and Peter Falk as psychically-gifted idiots trying to discover a lost Incan monument.

I know, I know: it sounds crazy. And that’s because it is. But listen: this movie is actually good. It has no business being as good as it is. Perhaps it’s the pure camp value of Cyndi Lauper cycling through hot pink minidresses in her acting debut, maybe it’s Jeff Goldblum’s collection of big dick pants. Maybe it’s the uncredited cameo by Steve Buscemi. I don’t know: all I know is that this film needs to be seen to be believed. It needs to be seen, period. Don’t believe me? Take a look at this goddamn trailer, why don’t you:

She’s a small medium at large. He’s a tall psychic who can tell the history of an object just by touching it. And Peter Falk is a man in search of hidden treasure in Ecuador: for some reason he needs both Goldblum and Lauper to help. Luckily, they’re terrific together. Seriously, the chemistry is off the goddamn charts. Lauper delivers her lines like a pre-code Jean Harlow (“I had that guy eating out of my hand. No really, there’s still some melon!”) and Goldblum leans into his gangly charm. There is a tango scene, and it is marvelous. And the outfits…good lord, the outfits. To call this film a camp masterpiece would be under-selling it. Camp is what happens when Jeff Goldblum and Cyndi Lauper make a movie together. High camp is what happens when that movie also stars Peter Falk and involves an original (extremely racially-insensitive) song by Cyndi Lauper called “Hole in My Heart.”

I can’t say anything more about Vibes: it must simply be seen. So go forth and seek it out, I beg you. In these hideous times, a Cyndi Lauper rom-com is one of the only effective balms for our aching souls.