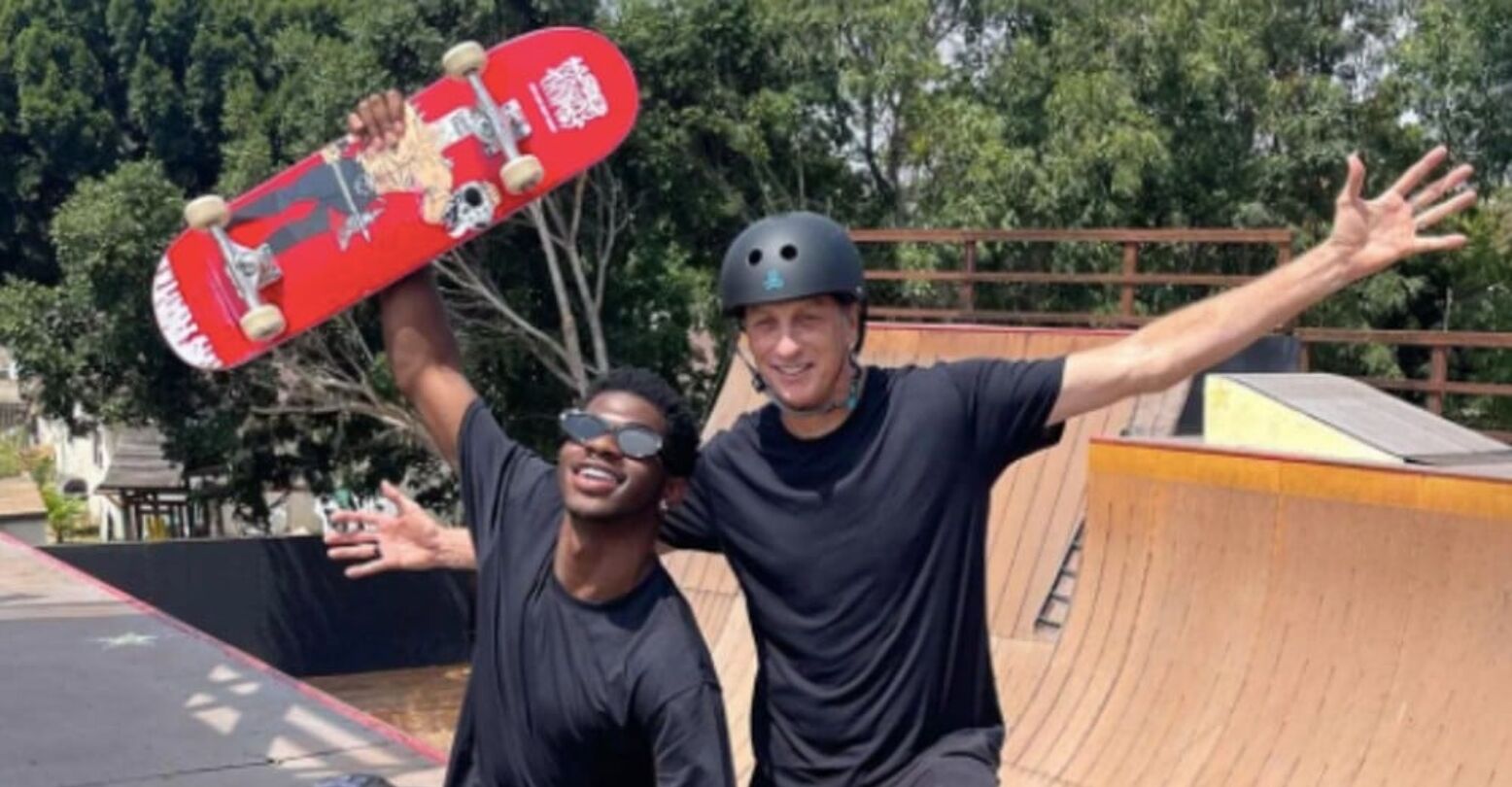 Lil Nas X and Tony Hawk may both be fans of blood-infused merch, but that’s not all they have in common — now they skate together, too!

You may remember when Nas got in some hot water earlier this year for his Satan Shoes — sneakers with demonic imagery and human blood in the soles. People came at Nas from all sides, attacking the shoes for devil worship and for copyright infringement. They were eventually recalled after a lawsuit from Nike.

Tony Hawk jumped on the blood bandwagon with his “bloodboards,” skateboards covered with a mixture of red paint and two vials of Hawk’s own blood. He even showed the blood being drawn in an Instagram video. Those squeamish around needles, avert your eyes.

Hawk faced almost no backlash for his mixture of blood and capitalism, leading Lil Nas X to call out the hypocrisy on Twitter.

now that tony hawk has released skateboards with his blood painted on them, and there was no public outrage, are y’all ready to admit y’all were never actually upset over the blood in the shoes? and maybe u were mad for some other reason?

Hawk also commented on the situation, telling KSL, “I understand his perspective, and I respect it.”

“Yeah, obviously there’s a disparity there, but I think the issue with him more was that there was a copyright infringement, from what I understand,” he said. “But by no means was I trying to capitalize on his success or even copy him.”

Despite this back and forth, there’s apparently no bad blood between the two. Lil Nas X posted a TikTok showing off his skateboard moves on Hawk’s new board — and if you look closely, you can spot Hawk in the video as well!

Lil Nas X also tweeted pictures of the two together, captioned “nah WE tweakin,” while Hawk tweeted Nas’s TikTok with the caption, “Nas he tweakin.” They better milk that meme!

Plenty of fans got in on the joke as well, tweeting their reactions to the TikTok.

lil nas in a tony hawk skate game when?? https://t.co/XAk3qgpbKc

What do you mean, Tony Hawk is nowhere in sight, this was all Lil Nas X

Glad to see that Hawk and Nas have made up and are bonafide blood brothers. Will “Montero,” Nas’ upcoming debut album, have a Tony Hawk feature?? We can only hope (and pray to Satan).