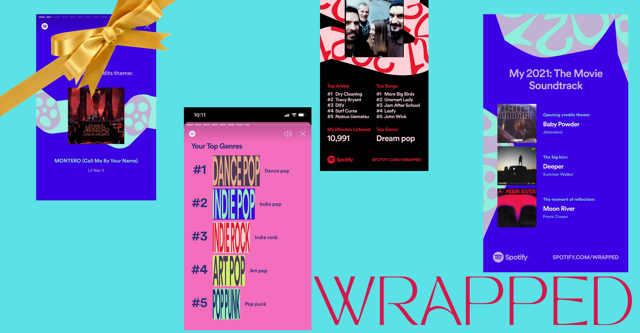 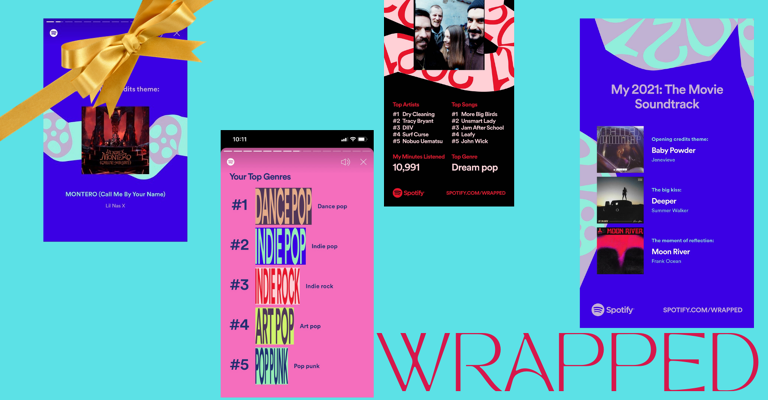 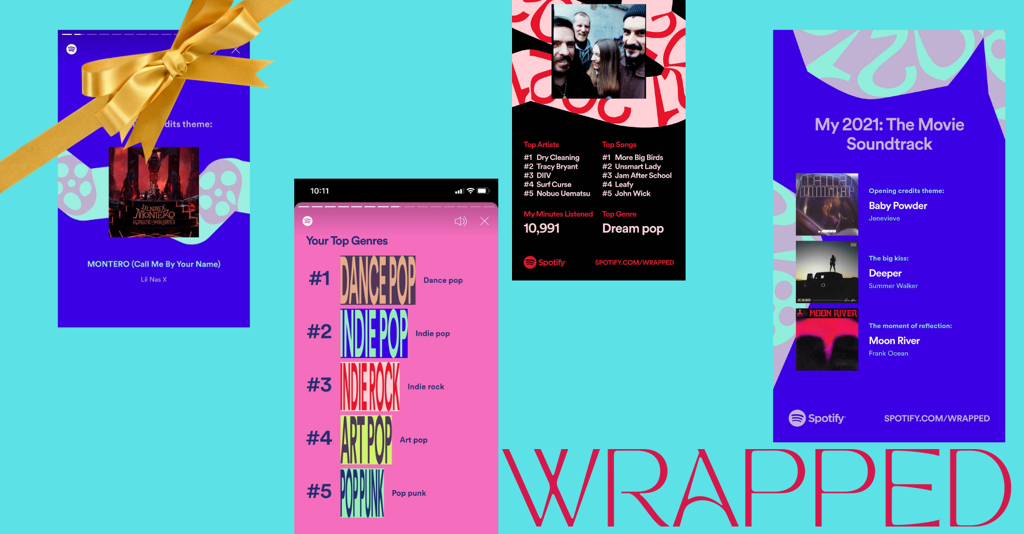 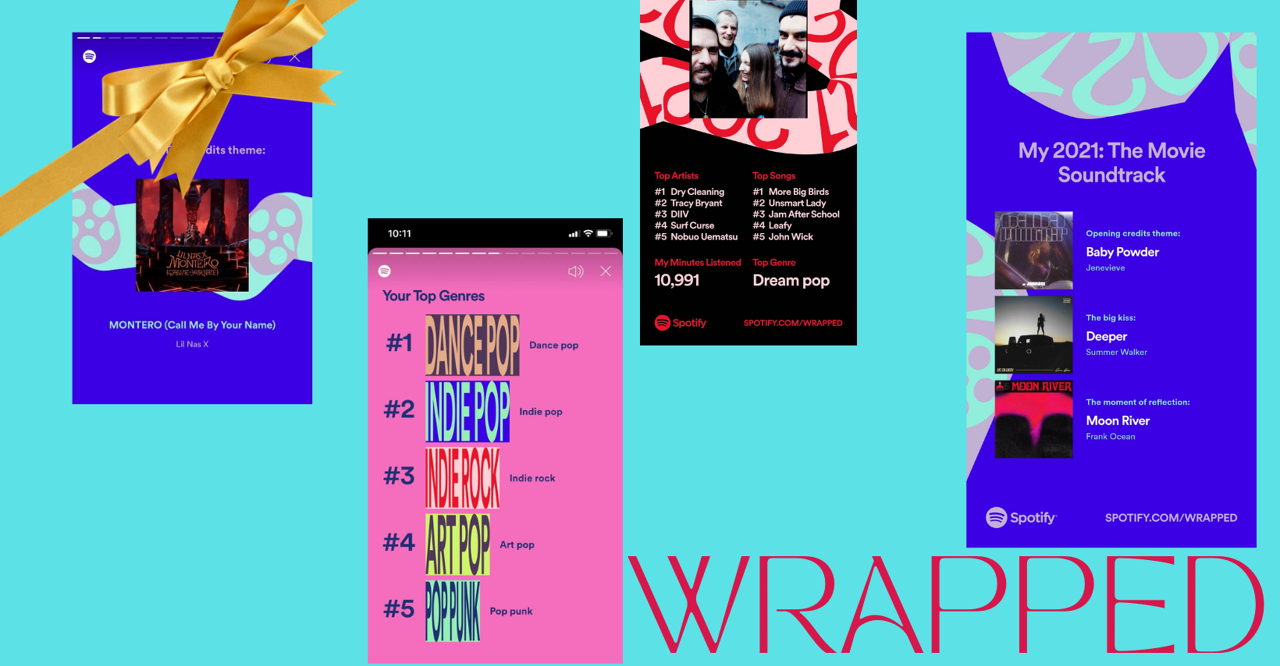 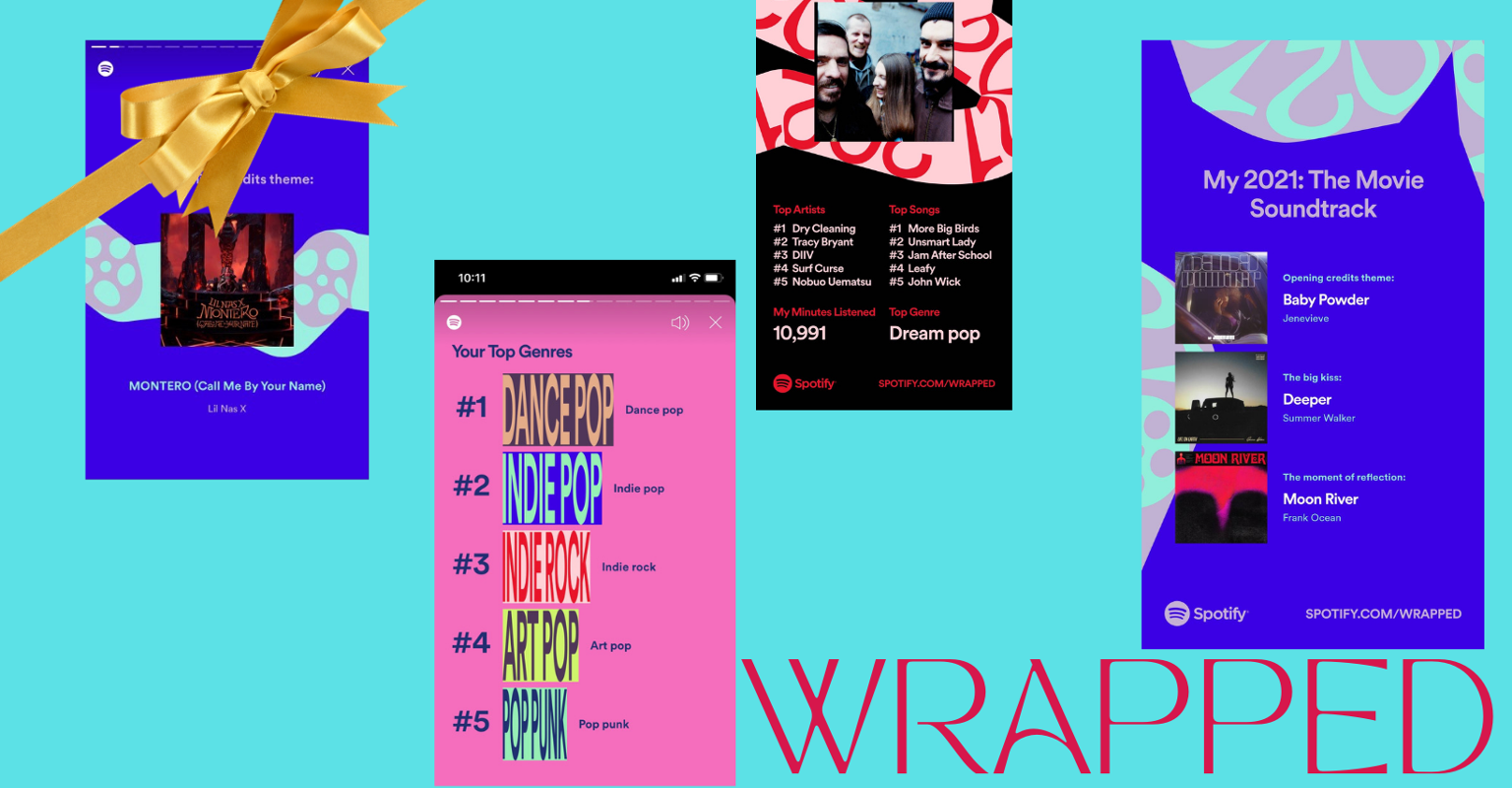 Move over Met Gala, Spotify Wrapped is taking its rightful place as the social event of the year. Shared far and wide, Spotify’s personalized Wrapped Playlists for the year of 2021 dropped yesterday morning.

Individualized to track each account’s unique experience, someone’s Spotify Wrapped says a lot about them; but the annual report shouldn’t bring judgment. Instead, imagine sharing your Spotify Wrapped as the ultimate act of self-realization. A shamelessly personal post that screams: this is the music I enjoy in private with an obnoxious consistency, now see me as I see myself!

In the sense that we release what we post, a Spotify Wrapped playlist makes public the account user’s year as demonstrated by their musical history. Quite literally posing the report as the soundtrack to your life, Spotify went meta this year; and it shows. Choosing songs according to imaginary scenarios, the streaming platform offers up the music likely to be playing during the most cinematic moments of your life.

Out of the blue, your opening credits theme song is selected just for you. Also offered up is a personalized song selection for a number of niche situations you’ve most definitely encountered like a face-off between rival dance crews, a proclamation of love in the rain, and a triumph over an ancient vengeful spirit. At one point, Spotify even enters multidimensional mode to unveil your audio aura; the results of which aim to capture your top music moods of the year.

For your viewing pleasure, here’s Jude, Henry, Johnny, Juwan, Rax, and Becca at their most musically vulnerable.

The song playing as you proclaim your love in the rain: Gimme More by  Britney Spears

The song playing as you face-off against your rival dance crew: 100% Pure Love by Crystal Waters

The opening credits theme: Montero (Call Me By Your Name) by Lil Nas X

The song playing as you face-off against your rival dance crew: Get Into It (Yuh) by Doja Cat

Top Song of the Year: Kiss Me More (feat SZA) by Doja Cat and SZA

Album of the year: HOMECOMING (THE LIVE ALBUM)

The song playing as you face off against your rival dance crew: Juice by Lizzo

Top artist of the Year: Beyonce

The song playing as a single tear drops into your reflection in the pond: Moon River – Frank Ocean

The song playing as you proclaim your love in the rain: Deeper by Summer Walker

The song playing as you defeat the ancient vengeful spirit: Fighter – Christina Aguilera

Basically, the artificial intelligence behind our Spotify Wrapped playlists were so distraught by INTOmore’s musical selections that they became self-aware, realizing that life itself must eventually come to a wrap as well.