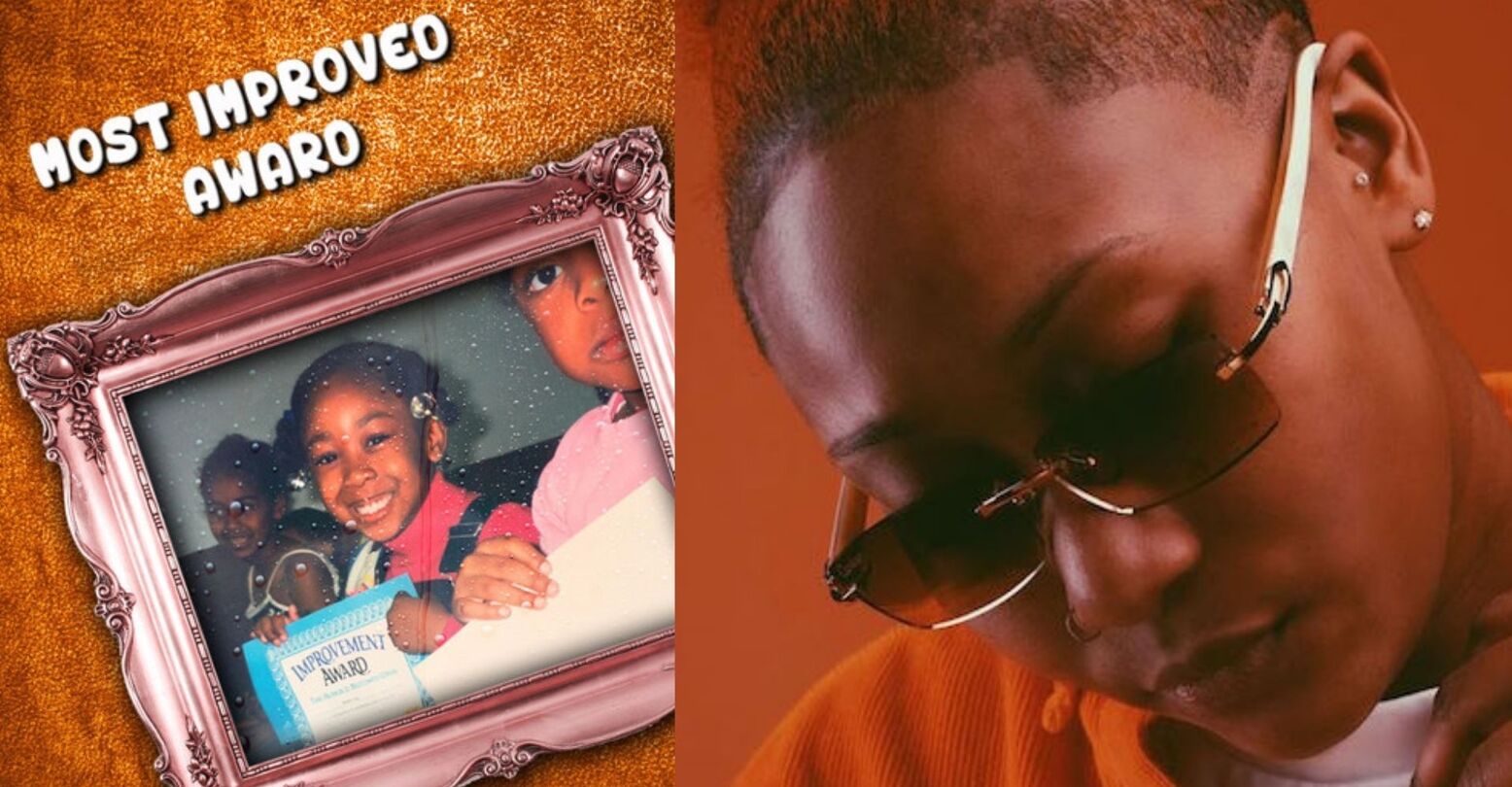 If you’re queer, the chances are Tiger Goods (she/they) is a) already on your musical gaydar with their deliciously lesbian hit “Mean Girls,” or b) coming in hot.

Either way, for the rapper-singer obsessed with self-improvement, it doesn’t matter how she gets your attention. It’s only important she keeps it; and with their newest genre-melding EP Most Improved Award, our attention is theirs to keep.

A collection of seven tracks released this Spring, Most Improved Award has already been proclaimed by Out.com as “The Soundtrack to Hot Dyke Summer.” After talking on Zoom with the artist, it’s become quite clear a title of such high esteem, built off of Meg Thee Stallion’s trademarked “Hot Girl Summer,” suits Goods like it was made just for her. Because it was.

Only two months after the EP dropped, Goods has embraced becoming the face of a queer, romantic renaissance: what she refers to as “this she/they, masc-lesbian movement,” in which butch or non-binary lesbians, specifically Black studs, are “demanding to be romanticized like everybody else.” At its essence, Hot Dyke Summer is about celebrating the unique masculinity of butches, studs, and non-binary folks as a force all their own, separate and distinct from the toxic masculinity cis men bring to the table.

Most Improved Award celebrates women who claim ownership over their masculinity. It’s an unbridled exploration of Black sexuality, gender, and joy. It’s also  the story of a sensitive stud who is allowed to be everyone they want to be: from the heartbroken pop of “Mean Girls” to the throaty, indifferent stoner crooning on “Roll Up II”,  to someone expressing self-love on “Reborn.”

“Being Black and happy is revolutionary.”

With curiosity and cognizance, Tiger Goods puts their entire soul into each song, masterfully weaving together an eclectic compilation of Bedroom pop,  autotune R&B, Neo-Soul, and Funk. If you ask Goods herself, the genre is “Black Joy.” A radiant vision of Black joy themselves, Goods defines the EP as a “soundtrack for Black people to be happy to,” because, “being Black and happy is revolutionary.”

As a self-proclaimed provocateur, Goods doesn’t mind pissing people off with radical self-love. More than an attitude, the movement of Most Improved Award is a reclamation of identity, of loving both the best and worst parts of ourselves. The opening track “Reborn” starts things off with bass-heavy funk and a bouncing pre-chorus mantra of “Self-improvement is the movement.” Citing Sylvester’s “U Make Me Feel (Mighty Real)” as a huge inspiration for the  album, Goods grooves along to a familiar feel-good beat, spilling the gospel on how to be born again, to live for oneself.

Seeing Tiger as she is now, basking in the glow of a Hot Dyke Summer, it’s hard to believe she didn’t come out of the womb being the confident, cool queer star she is; but the “Mean Girls” singer is quick to correct, to speak openly about her upward trajectory and the lowest points from which it began.

“I never fit in anywhere.” Goods recalls of her childhood. The combination of growing up Black in an upper-middle-class, white suburban area and being raised a queer kid in the church made Goods feels like an outsider in their own world.  “It was like walking on eggshells,” Goods recalls, “to find a community that wanted to lift me up.”

That’s not to say Tiger wasn’t a shining star in the local church choir—she was—but, the full capacity of her talent remained hidden. The fear of being discovered and alienated by the church turned her very real queer reality into a secret, which sowed the seeds of self-doubt.

Fast forward to college and Tiger Goods, the fearless choir kid, was no longer asked to dim their unique light, but encouraged to embrace it by the mentors and sisters at the Student African American Sisterhood. “I was sleeping on myself,” the rapper admits, “But then my sisters were like, “go be cute in a suit.” Adults were saying I looked great.” A new, inclusive community and a few house party freestyles later, Goods gained the confidence she needed to hit the ground running into a successful, self-promoted, and self-managed musical career.

The story of her confident come-up circulates sonically within Most Improved Award. Tiger Goods is “Reborn” on the first track, she makes a promise to love on “Just You.”  With heavy influences from Clairo, the track initially sounds like a bedroom pop love letter, but Tiger Goods explains a closer listen to the lyrics reveals, “I Just Want You is said looking in the mirror to myself.” Snare and kick drum alternate with a simple but hypnotic beat in a sincere romantic bid for self-love.

“No Shade” continues the synth-heavy sound cemented on “Just You” to solidify her self-love with heavenly hums about realistically holding yourself accountable.

As for how she achieved viral status with her song “Mean Girls” on Twitter, TikTok, and Spotify, Goods confirms it’s all about, “knowing when to give what needs to be given.” As a streaming hit, the song gives the popular music crowd exactly what they crave with a pop-inspired snare-drive dive right into a contagiously catchy chorus.

But “Mean Girls” isn’t just another queer song about falling for one girl. Goods reframes the trope through a queer lens. Tiger Goods takes the early 2000’s archetype Regina George, the casually cruel girlfriend, the Queen Bee, the Blonde Girl Next Door, and aligns the film’s depiction of George with that of a frustrated, closeted lipstick-lesbian. Someone whose cattiness and competition towards all surrounding women is merely an extension of internalized misogyny as it dictates who George can and cannot be or even be with.

“Regina George is definitely gay,” Tiger explains, all the while flexing the deliberate depth and attention to detail in her music alongside her ability to just have fun with it.

After spending a solid two hours sitting in the sun and shooting the shit, my best advice would be: if you want to know about her, just go listen to what she calls her “diary entries” on Most Improved Award. Tiger Goods’ music is pretty much a shot to the queer heart; a sonic wave of adrenaline currently pumping through the veins of our LGBTQ+ music scene and inevitably set on a course to reach the mainstream. She’s also just a really cool human being. ♦

Becca Barglowski (she/they) is a contributing writer for INTO. You can find them on Twitter @Beccabarglow and at their blog, The Theoretical Experience.