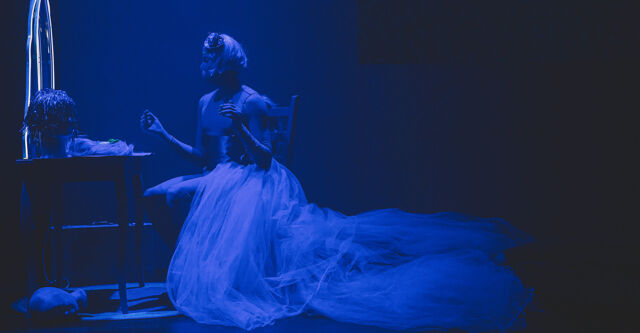 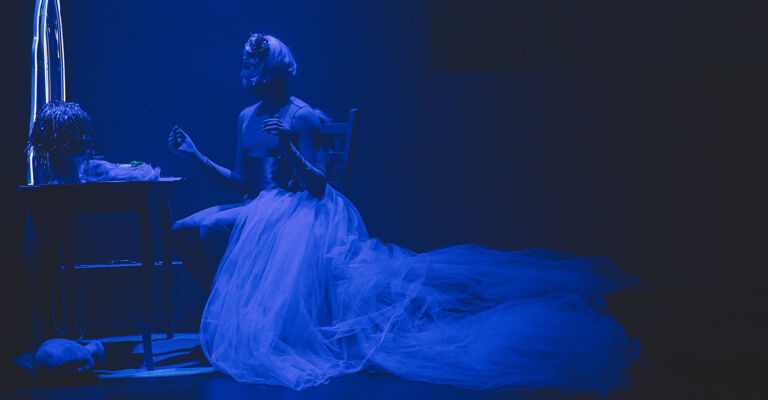 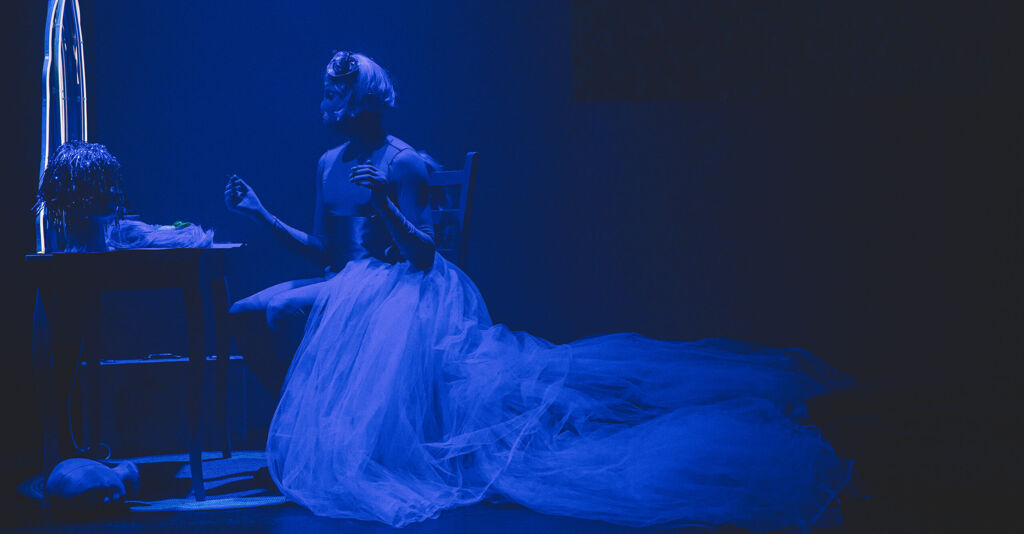 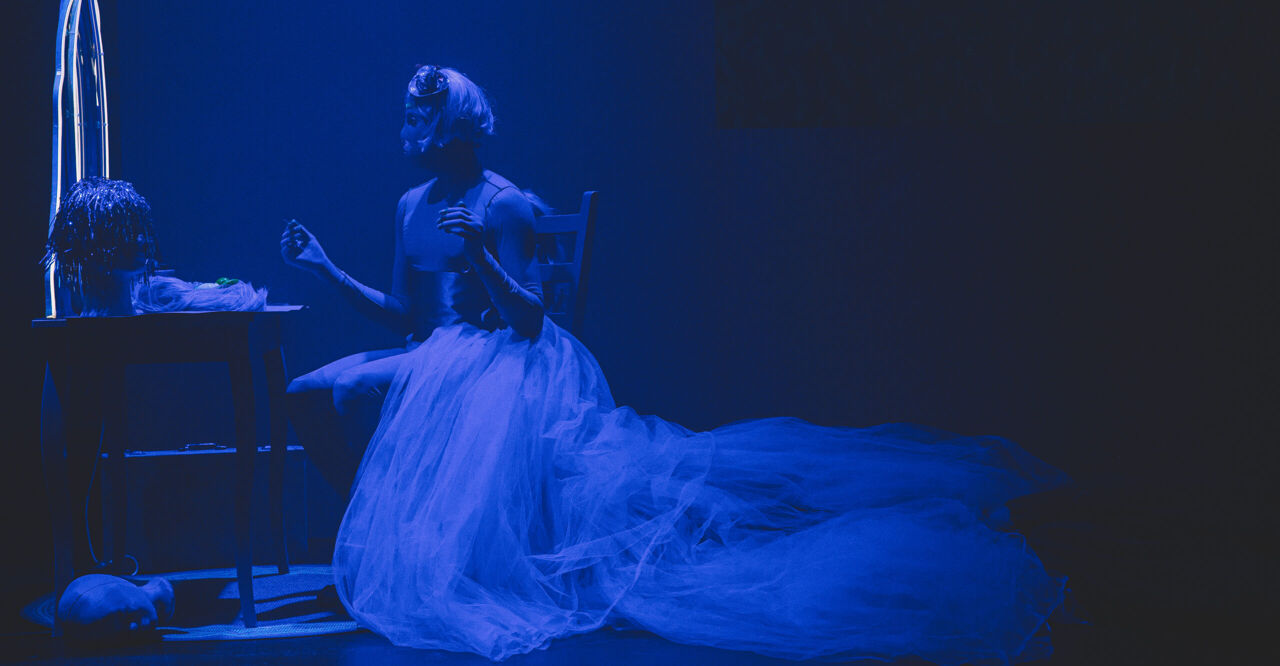 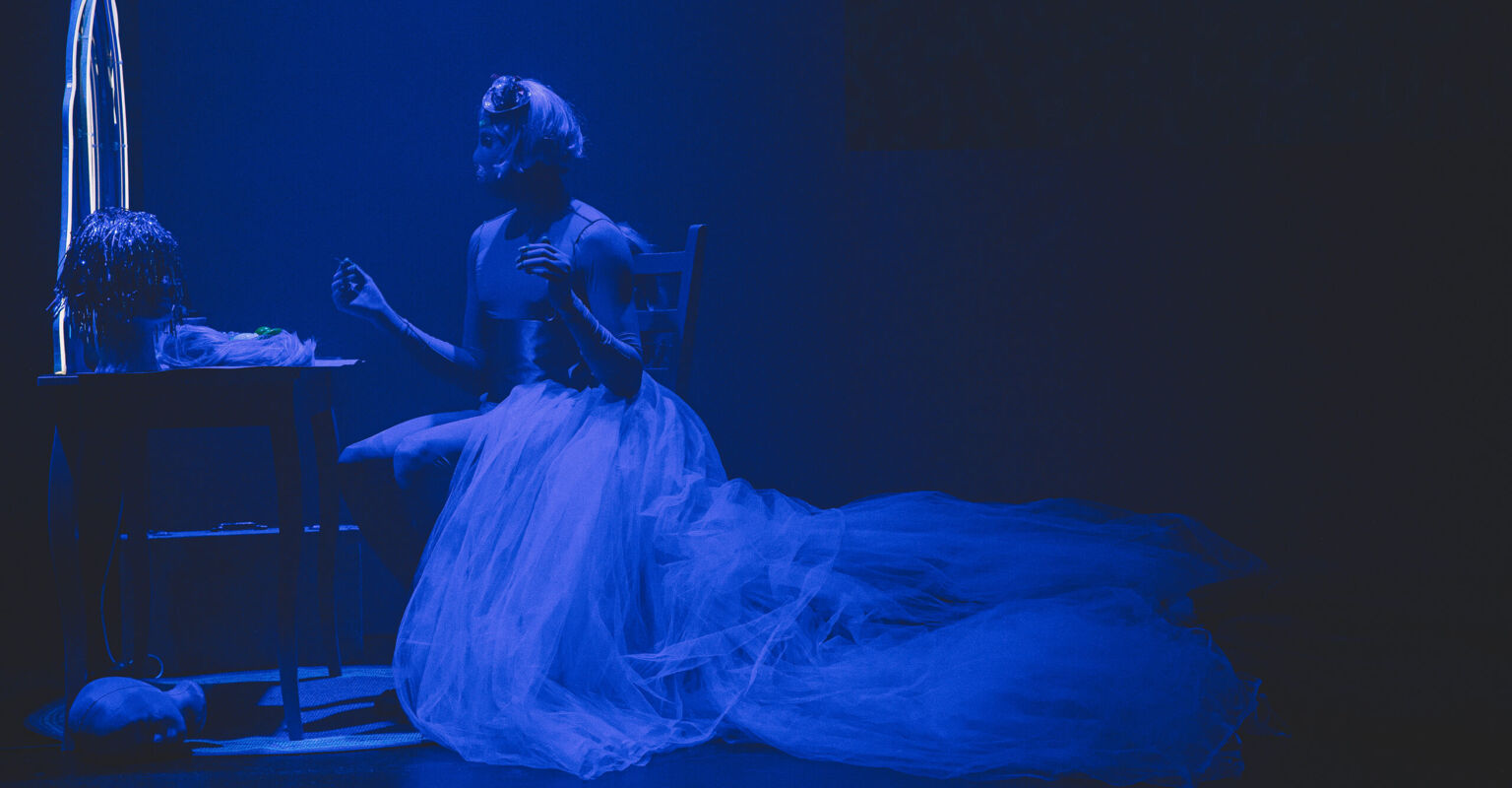 Choreographing someone else’s work is one challenge, but also doing your own at the same time takes a level of precision, effort, and most of all, talent. Raja Feather Kelly has all three. The innovative choreographer, director, and artistic director has stunned the dance and theatre world with his work. As the artistic director for feath3r theory, Kelly brings several high-profile works to life. One that continues to change the theatre world is A Strange Loop, of which Kelly is the choreographer.

But now, he’s occupied with his own work. The talented auteur developed a trilogy called UGLY, in which Kelly examines his identity as a Black queer artist and his relationship to the Black queer experience in mainstream culture. Kelly closes out his three-part series with UGLY part 3: BLUE, which bridges the gap between his personal journey and what’s alien.

INTO spoke with Kelly about the development of his UGLY trilogy, his take on labels, and words of advice to Black queer folks navigating their relationship with the mainstream culture.

You created a three-part opus called UGLY and now you’re closing it out with part 3: BLUE, the final installment. What was the inspiration behind this trilogy?

The inspiration behind UGLY was feeling like an outsider in my own community. I am a Black queer man, but it felt like I couldn’t see myself in the way that I saw myself represented in popular culture. So I thought, “Okay maybe you have to be the art that you want to see in the world. You have to be the Black queer alien that you gotta be and maybe someone will see themselves in you.”

Recognizing that you’re analyzing your own relationship to the mainstream Black queer experience, did you find developing this trilogy as a cathartic experience and do you think other Black queer folks will find catharsis within it as well?

I think what was very important was while it is a trilogy, I think they each stand alone as separate work. And so I do hope in that experience, as I tour them, people do find a sense of catharsis. They’re all really difficult for me to perform. So there is a sense of catharsis and I appreciate that question because it takes so much energy and so much focus to perform each of the solos and I’m not a solo performer. So I get very nervous.

But I certainly wanted to challenge myself as a performer. So when I complete [each performance], I’m very tired for a couple of days afterwards. But ultimately, I do feel catharsis, a sense of achievement, and like something has been lifted off of my shoulders. And then it sort of feels like my life just depends on it. 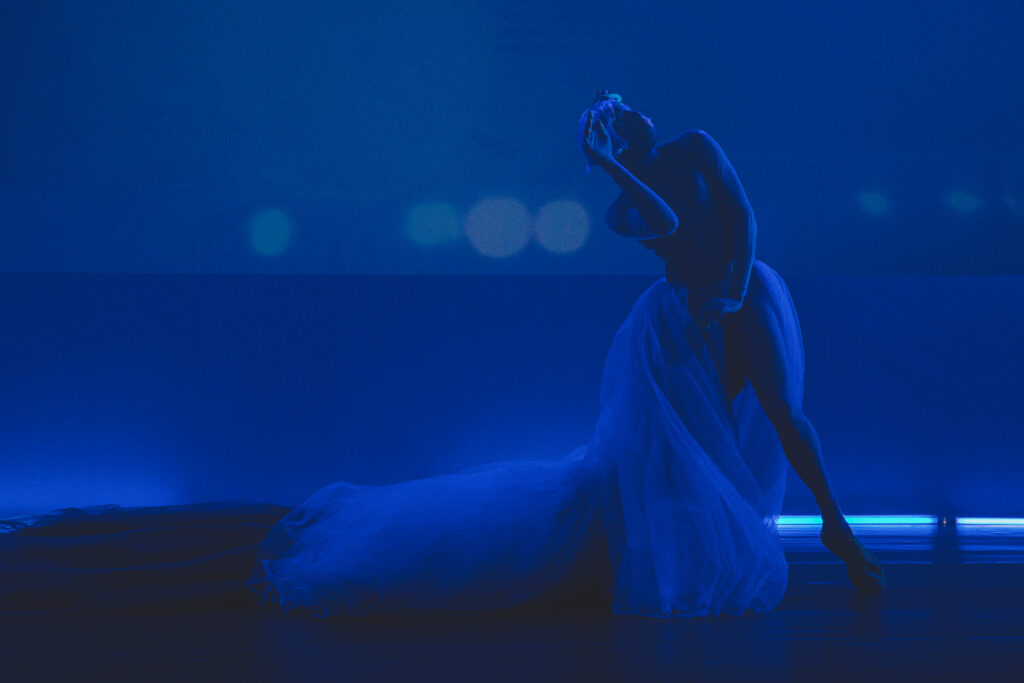 I actually was watching some behind the scenes footage of Faust, and then I was lucky enough to see A Strange Loop as well, which I know you’ve choreographed. So, I’ve seen bits of your work and it’s phenomenal.

That’s so exciting that you’ve been able to see the work that I do. So many different genres that are all under the same umbrella. So something like Faust is an opera and the scale is so big and I’m also interpreting someone else’s work for multiple people. There’s the composer and there’s the director. And with A Strange Loop as well, there are the performers and there’s Michael R. Jackson, who is a close friend who also identifies as a Black Queer man, but it’s his work.

However, with the UGLY series, it’s really all from me. It’s my writing, it’s me performing, and my design work, and I really get to be at home with all of that at the same time. That’s not always the case, as an artist, that you get to both interpret other people’s work, but then find the time to interpret your own.

Again, it feels like my life depends on it. So, while I see it as a blessing and an honor, I also think it’s a responsibility and something that’s necessary for myself to survive.

You were quoted in a press release as saying, “We are all searching for ourselves. There are too many labels and not enough meaning.” Could you elaborate a little bit more on this?

Yeah. You know, I’m a person who studies popular culture. That’s what I do for a living. I think the question I asked myself is, “Do we make culture or does culture make us?”

I’m looking at popular culture, social media, books, TVs, magazines, and constantly feeling like everything is labeled. This person means this. This label means this. Everything is a label.

And I think the reason why I cast myself as an alien in these works is because I still feel foreign. You’re like, there’s all these labels and I still feel like a stranger. We keep looking for labels and we keep looking for names to call ourselves and to be represented by, and it’s never enough. I find that to be disappointing. Maybe it means that we should stop doing that, or maybe we should just live and experience life the way we want to without needing a label.

And is that okay? I certainly feel like that’s okay, but sometimes I don’t think that everyone feels that way. 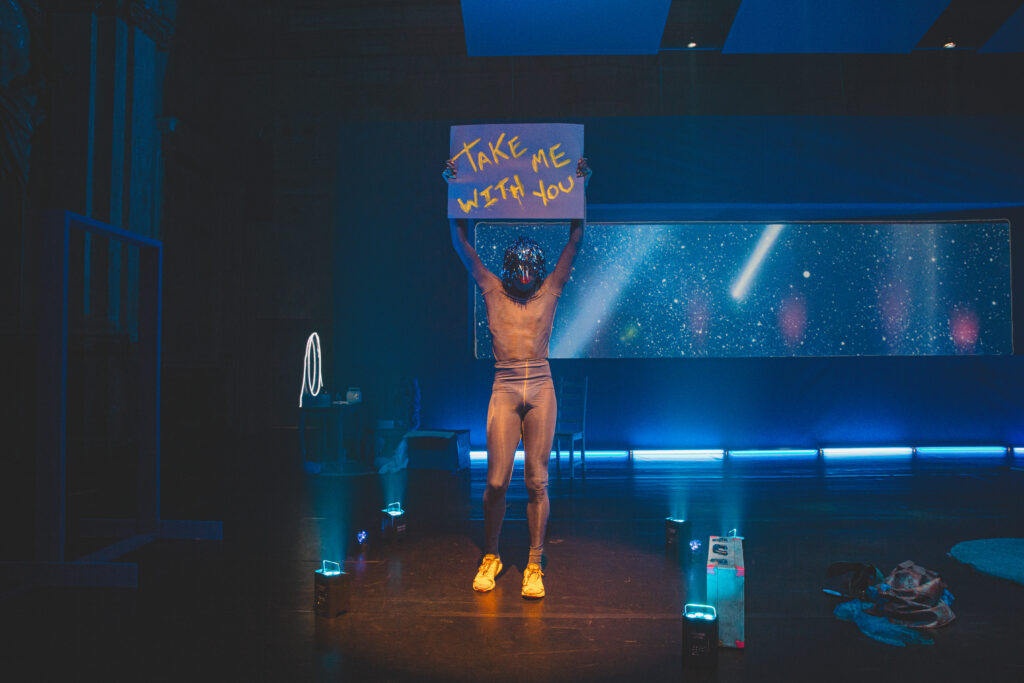 Were there any other artistic connections that you were able to pull or draw from influences that helped to shape part three of your trilogy?

Yeah, so I think I really looked a lot at the movie Arrival and the movie ET as sort of pillars. ET being one of the first movies that I’ve seen about aliens and then Arrival as being like the most recent [film]. There’s so much reference to the extraterrestrial alien movies because out of anything, the metaphors that are provided in those movies are the metaphors that I relate to more than anything else.

I’ve done drag before. I’ve done performance art. I was a dancer. I’m a choreographer. But when I’m out looking for trying to understand my relationship to the world, it’s only when I see these movies about aliens that I feel my deepest connection. So there’s a constant barrage and collage of that kind of media because it’s where I see myself mostly.

Blackness and queerness both share a complicated relationship with the media and pop culture. And many Black queer people find this challenging. What would you say to them as they navigate this?

Allow yourself permission to define and redefine every day that you wake up. I think there’s something that is exciting to me about having made a trilogy. I didn’t think I was going to make a trilogy when I started, but I made one and I was like, “Okay, what happens if I did it again? What would it be?”

And what I realized is that that keeps changing. It’s shift and shift and shift. And you know something I learned about the color blue, which is the title of this last part, is that blue is the color that has more hues than any other color. So it’s kind of like there are so many different versions of blue that you wouldn’t be able to know the difference. And so that’s how I feel I am.