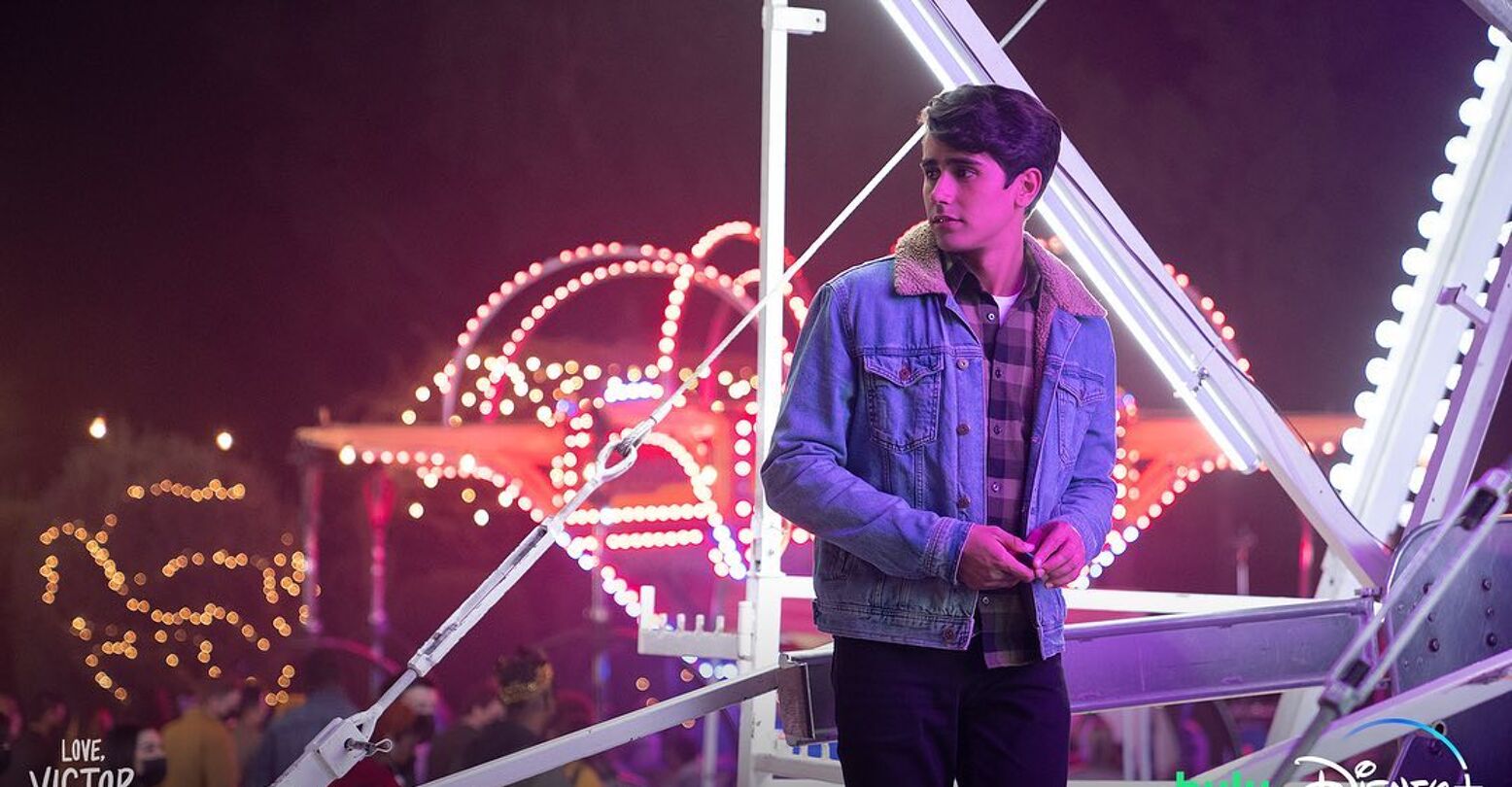 This review is spoiler-free.

I’ve always had mixed feelings about Love, Victor. The third and final season of the series, a spin-off of 2018’s Love, Simon, premieres on Hulu and Disney+ on June 15. When season one premiered in 2020, the show had all the same pros and cons as its source material. On the plus side, it’s always a treat to see queer representation in the mainstream, particualrly aimed at young folks who desperately need to see themselves on screen. Where both properties tripped up was in the nature of that representation: straight-passing gay teenage boys coming to terms with their sexuality. A worthwhile story to tell, of course, but not if it’s the only story we’re telling.

Love, Victor rectified a few of those issues in its second season, which came out in 2021. In addition to main characters Victor (Michael Cimino) and Benji (George Sear), the straight-passing couple at the center of the show, season two introduced Rahim (Anthony Keyvan), another gay boy, but one who was more visibly queer and femme. The show was opening itself up to representing more diverse queer stories, and that’s a trend it continues in season three as the show reaches a conclusion.

This season picks up on the last season’s cliffhanger: Will Victor choose his longtime boyfriend Benji or his new connection Rahim? That question is answered in season three’s first moments, but outside of Victor’s choice, this season spends a lot of time exploring what it looks like to be single as a gay teenager. Thank god! I don’t know about y’all, but as a teen, I didn’t have the same wealth of cute, available love interests that Victor does, and it’s refreshing to see characters learn the value of being by themselves and who they are outside of the context of a relationship.

That’s not the only new territory this season explores. One definite upside of Love, Victor moving from Disney+ to Hulu back in the show’s first season is that it can tackle more adult topics within its TV-14 purview: Without getting into too much detail, there are plotlines around hookup culture, gay dating apps, STDs, diversity of coming-out experiences, and, FINALLY, a direct address of the privilege of being able to pass as straight.

The show also introduces its first women-loving-women couple in fan favorite Lake (Bebe Wood) and new standout Lucy (Ava Capri), who appeared last season but gets much more focus this time around. It’s super rewarding to see queer women get their flowers on teen TV — properties centered on gay boys always seem to get better press and more media attention, like Netflix’s Heartstopper and the previous two seasons of Love, Victor. So for this show to broaden its horizons and show more facets of the queer community is more than welcome. And their love story is super cute, to boot.

Where the season falls short is in its overcrowded plotlines and underdeveloped characters. I’m not mad that the dialogue is about as cheesy as you can get — this is a rom-com, after all, and clichés come with the territory. (There are also some laugh-out-loud one-liners sprinkled throughout the season.) What’s unfortunate is that with so many new ideas, all of them suffer from getting lost in the shuffle. Love, Victor is an ensemble show, and it treats all of its characters and plotlines as equally important. That means Victor’s relationship drama gets just as much screen time as Mia (Rachel Hilson) choosing where to live and Victor’s friend Felix (Anthony Turpel) and sister Pilar (Isabella Ferreira) fostering a secret relationship.

These other storylines aren’t bad or unwarranted, per se, but in a show billing itself as an epic queer love story, they feel more distracting than complementary. There’s just too much going on to fit into eight 30-minute episodes, and call me crazy, but I’d prefer to see more focus on queerness in a show that sold itself on the promise of gay romance.

And the show’s finale, while nicely wrapping up every single loose end, plays it safe. It doesn’t take advantage of all the new elements and characters introduced this season, instead returning almost every character to their comfort zone. Is it satisfying, and does it answer every question an audience might have? Yes. But were there more exciting threads to follow that were right under the writers’ noses? Also yes.

Ultimately, season three of Love, Victor does exactly what it sets out to do. It gives closure to all the beloved characters it’s created, showcasing new and relatable representations of a queer teen experience along the way. I’ve had fun with the show across its three seasons, warts and all, and it’s wonderful to see the progress it’s made in the diversity of its storytelling since it first came out. But this final season doesn’t live up to all of its potential. It’s still a great season of TV, but it could’ve been fantastic.♦