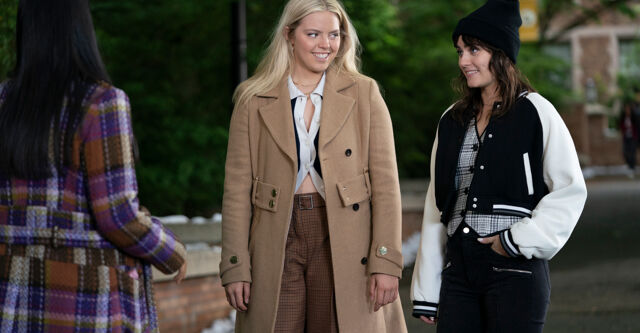 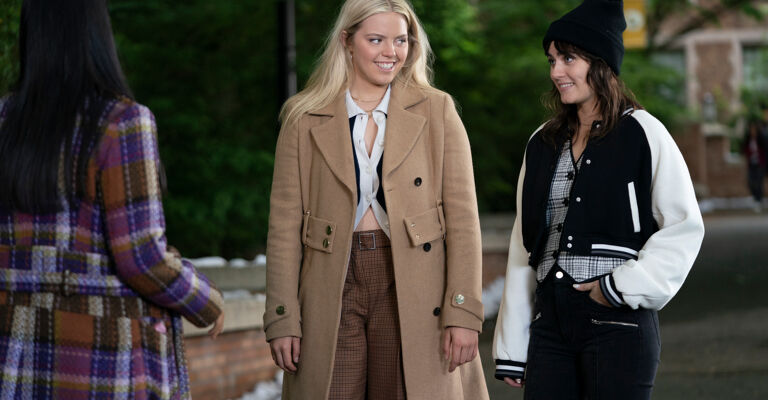 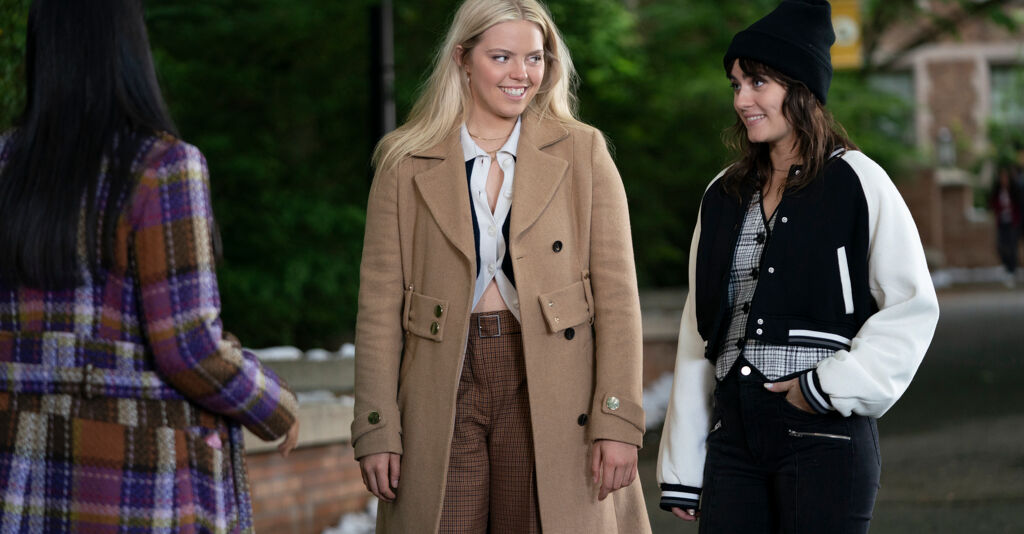 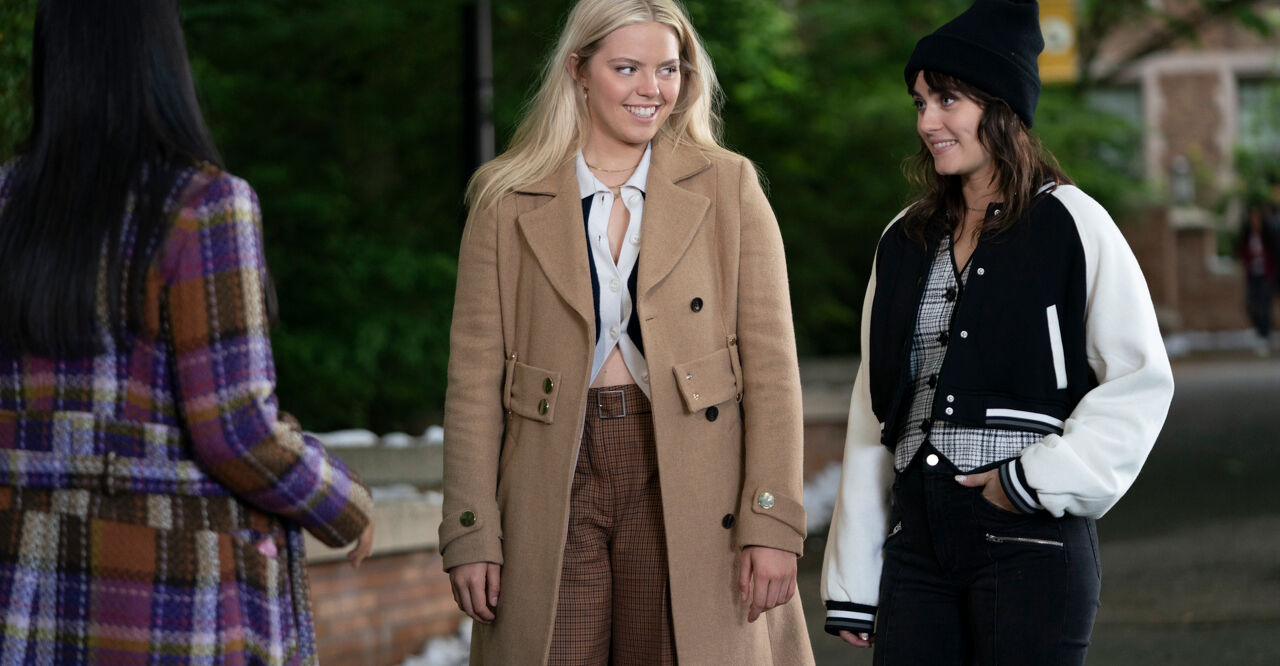 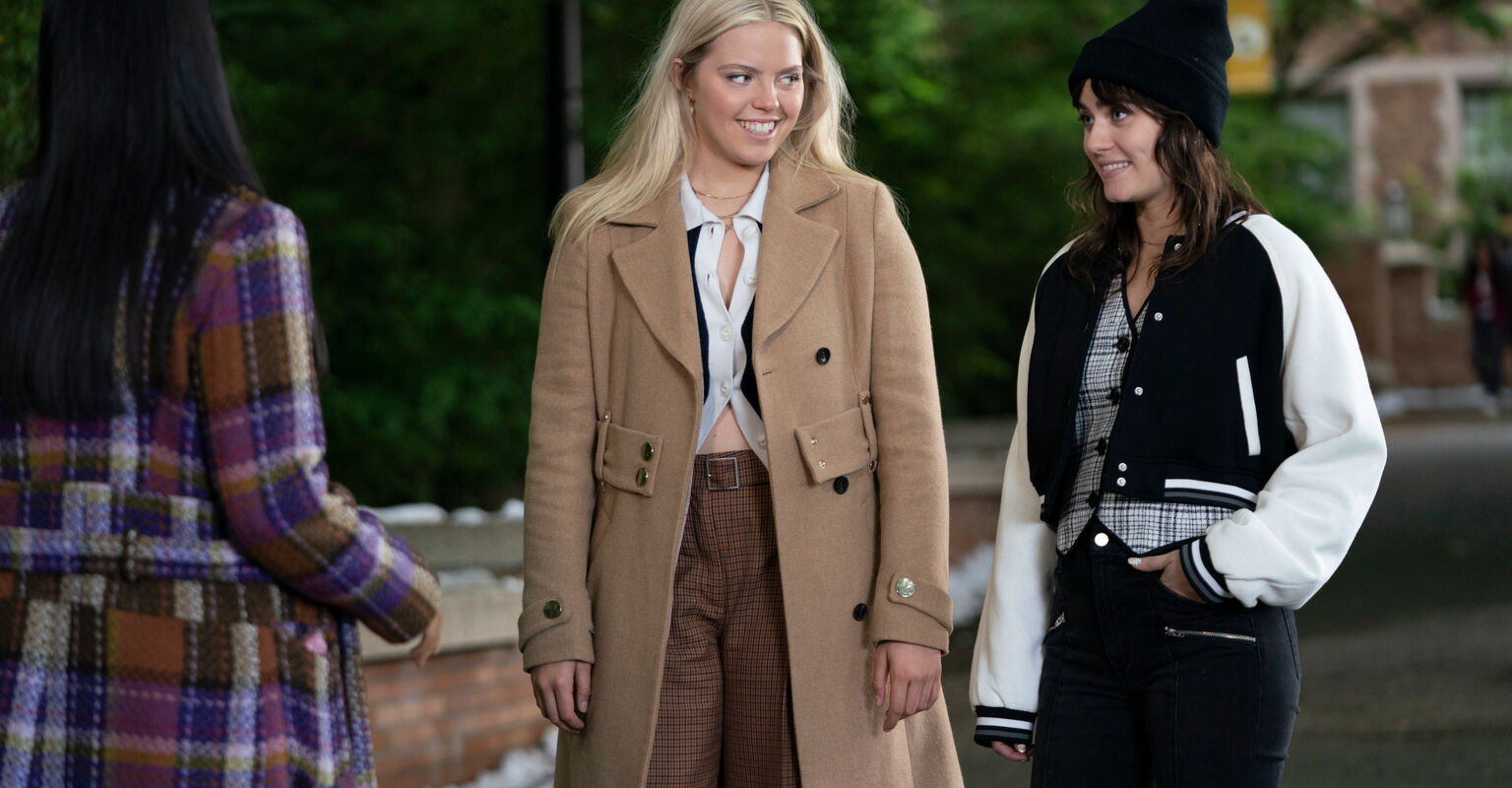 Reneé Rapp has an elaborate plan in place. As Regina George in the Broadway adaptation of Mean Girls and as Leighton Murray in HBO Max’s The Sex Lives Of College Girls, she’s commanded an audience by way of these quick-witted yet relatable characters, expressing a wide range of emotions. Now, upon the release of her debut EP, Everything to Everyone, she is allowing the millennial and Gen Z audience she’s built through her performances to get to know the real her.

We caught up with Rapp just days after the release of Everything To Everyone, and shortly before the season 2 premiere of The Sex Lives Of College Girls. She is both excited and nervous to have her music out in the world – but, she confesses, music was always her first love.

She filmed the latest season of College Girls while recording Everything To Everyone, oftentimes, going to the recording studio after a day of filming.

“There are a lot of different emotions that take place on set,” Rapp says, “and it was so nice to be able to go into a studio and just blurt everything out and be like, ‘Let’s put this into songs,’ because that’s really my only sense of like active therapy.”

When we are first introduced to Leighton in the first season of College Girls, we meet a cynical, closeted young woman from a wealthy, conservative family, who struggles to accept her sexuality, while attempting to keep it a secret from her roommates and peers. The season ends with Leighton tearfully coming out to her roommate, Kimberly (Pauline Chalamet), while lamenting a breakup.

In the second season, Leighton comes out to her other roommates and decides to make up for lost time, by way of hook-ups, one-night stands, and very casual dating.

“I think Leighton’s ho era is presented in a really empowering way,” says Rapp.” I’m not saying that to say she makes great decisions, but she definitely owns it. She’s like, ‘Yeah, I get bitches,’ and it’s not even a big deal to her. Which I think is so interesting, because at least for me, a lot of guys growing up, if they got girls or got people, it was so celebrated. And that’s such a distinguishing thing, where gender roles really fucking suck. But Leighton’s ho era is so owned and nuanced and really nice, even though she really f*cks up.”

Leighton quickly learns the emotional and physical consequences of her “ho era,” particularly in the third episode, when three girls confront her in her dorm room after they discover she’s been hooking up with friends and exes of theirs.

Shortly after, she feels a burning in the bathroom, and later tests positive for chlamydia. Upon learning of her results, she tells her doctor, “I’ve only been with women recently, so that’s actually impossible.” The doctor then replies, “It’s actually very possible, and something you should contact all your recent partners about.”

In the following episode, Bela (Amrit Kaur), one of Leighton’s other roommates, says “I didn’t know lesbians could get STIs.”

For Rapp, having grown up in North Carolina, sex education was borderline nonexistent.

“The only sex education that was taught in my district was abstinence-only education,” Rapp recalls, “so it’s ‘Do not have sex until you get married.’ And that being said, it was also mainly heteronormative sex, I don’t remember any mention of queer relationships, queer identity, or different gender identities.”

Because of this, she says it was very important that she was able to reiterate the importance of sexual health and wellness through Leighton. “And I’m not saying that to say ‘Thank God College Girls is changing the way sex education is viewed,’ but in a certain way, I am. Because I do think bringing those things into the conversation is so important, and so helpful.” 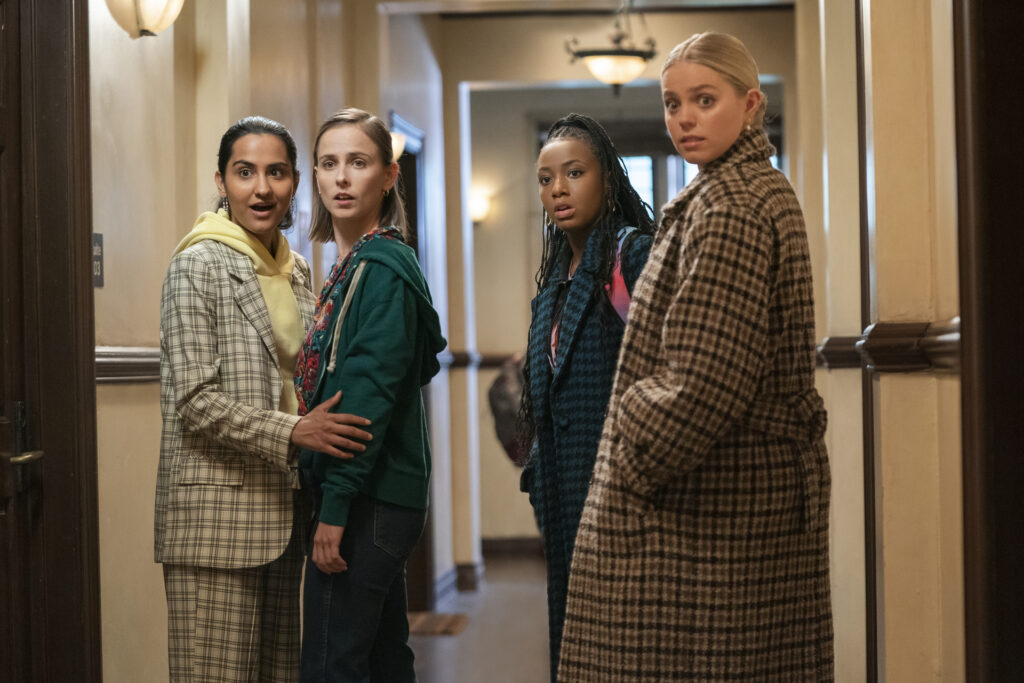 Rapp says she and Leighton are at points in their lives where they “both have a lot of shit to work on.” Rapp herself is bisexual, whereas Leighton is a lesbian, however, Rapp says playing Leighton has shaped her into a clever, quick-witted young woman.

Though, Rapp admits, she’s not very keen on Leighton’s lush, hyperfeminine wardrobe. She particularly felt this during the Winter Underland scene in the season premiere, when Leighton, Bela, Kimberly, and Whitney (Alyah Chanelle Scott) are running through campus in their underwear.

“I hate wearing sh*t like that,” Rapp says of Leighton’s intimates. “She’s cute, but it’s not my style.”

But thankfully, through music, Rapp gets to express her actual feelings. On a particularly poignant track on Everything To Everyone called “Colorado,” a poppy, drum-heavy track, on which Rapp explores the idea of living in Colorado, where she and her family would take ski trips when she was younger.

When she was “around 11 or 12,” she went skiing while listening to music on an app called SpinRilla, a mixtape-hosting platform, on which she discovered Frank Ocean’s nostalgia Ultra. She found solace while skiing down the mountain, as “There Will Be Tears” played through her earbuds. It was in that moment she realized she wanted to make music, feeling inspired by Ocean’s approach to songwriting.

On the piano-driven ballad,  “What Can I Do,” Rapp struggles to express her affection for her friend, who, along with Rapp, is frustrated with the men in their lives.

“I know all about you, all your favorite things / I listen to your stories, all your wildest dreams / And you go on for hours, say he’s not what you need / You know you’re too good for him, but if it were me,” she sings on her painfully relatable queer anthem.

Rapp wrote the song after a double date night with a friend, when she noticed her friend wasn’t happy with the man she was with.

“We were all having dinner, and I just remember looking at her and seeing her [date], and I was like ‘he’s such an asshole,’” Rapp says. “And I was like ‘I don’t even really like this one [I’m with.] I just remember looking at her and being  – not like, ‘I love you,’ but like, ‘I love you.’ It was just like such a mindfuck moment of like, ‘I don’t want this boy, I don’t want your boyfriend to have you. I want you.’ But I also feel weird in this moment because I’m like, ‘Holy sh*t, this is my friend, what am I doing?’”

Though “What Can I Do” feels the most raw of the EP’s seven tracks, Rapp admits that this one came a little more naturally to her than some of the others. Her biggest challenge for the EP came in the form of “Too Well,” a punchy, upbeat track about finally letting go of a past love – only to feel disappointed to not being able to forget too well.

“It’s easier holding a grudge / I’d rather be angry than crushed,” she sings.

Rapp says that while this song was the “hardest to love,” it helped reassure her in her ability to craft a multitude of sounds.

“I was afraid of people being like, ‘Oh, this bitch can’t do uptempo,’” she says. “II know I can do a ballad. Throw me a ballad, that’s my fucking sweet spot. But this was my first real uptempo song, and now I have so much confidence to be able to do both. It’s just really, really comforting.”

The next few months are going to be busy for Rapp. In addition to her new EP, as well as the current season of College Girls, Rapp will embark on a five-city tour, which will kick off December 6 in Los Angeles and conclude December 18 in Atlanta. She is also in the process of writing and recording her full-length debut album.

Additionally, she teases “something at the top of next year” that she can’t quite share with us yet.

“It’s gonna be probably the coolest thing that I’ve ever gotten to announce in my life,” Rapp says.  “So I’m very excited. There’s a lot of shit going on, but I’m very, very lucky, and it’s gonna be so much fun.”♦

Tags: Editor's Pick, Everything To Everyone, Leighton, Renee Rapp, Sex Lives of College Girls, What Can I Do