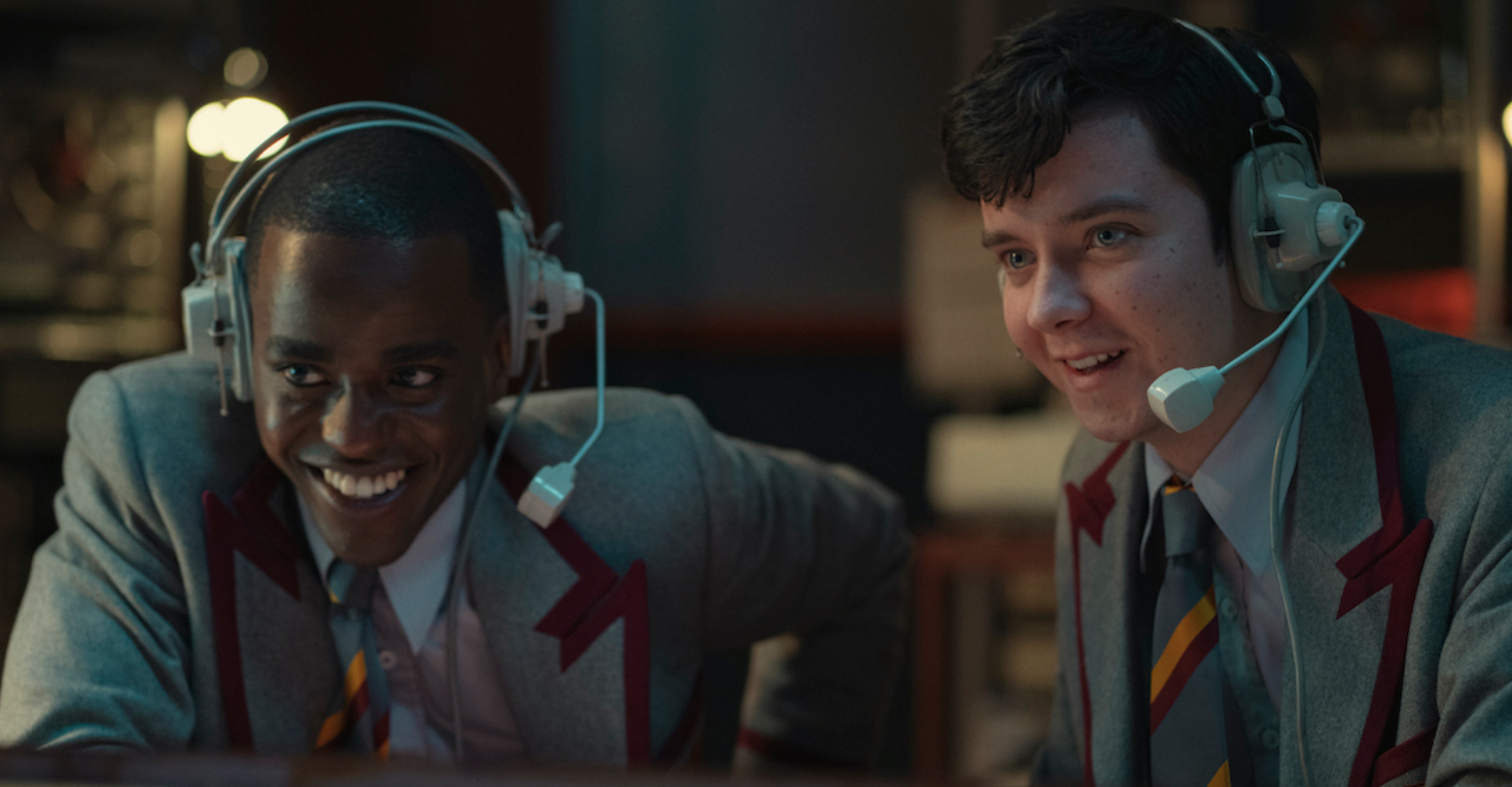 The hit Netflix series Sex Education has just announced the streaming date for its upcoming third season: September 17th. Netflix has also shared some production stills to tide us over until then.

Season 3 will consist of 8 episodes. The synopsis reads: “It’s a new year, Otis is having casual sex, Eric and Adam are official, and Jean has a baby on the way. Meanwhile, new headteacher Hope (played by Jemima Kirke) tries to return Moordale to a pillar of excellence, Aimee discovers feminism, Jackson gets a crush and a lost voicemail still looms. Prepare for commitment animals, alien phenomena, vulva cupcakes and much more of Madam Groff.”

Production delays due to COVID-19 have made for a longer wait than usual. Season 3 was originally confirmed in February 2020.

Later in September, Netflix revealed three new cast members. Notably, the list includes non-binary musician and poet Dua Saleh. They will be portraying “Cal,” a non-binary student who is at odds with the new headmistress “Hope.”

The previous two seasons of Sex Education were lauded not only for their frank, heartfelt and often comedic portrayal of high schoolers navigating sex but for their treatement of queer subjects. The show has been nominated twice for the GLAAD Media Awards and recently took home a prize at the British LGBT Awards.

From the sound of things, Season 3 is going to be even more ambitious. The show’s star, Asa Butterfield, warns us we’re not ready. Challenge accepted.

Catch Season 3 of Sex Education when it releases on Netflix September 17th.